TAMPA – It seemed at the start of this high school season that pitching was a bit ahead of hitting across the 813. Double-digit strikeout totals seem to come in multiples every night, with the bats finally starting to catch up over the last two weeks. 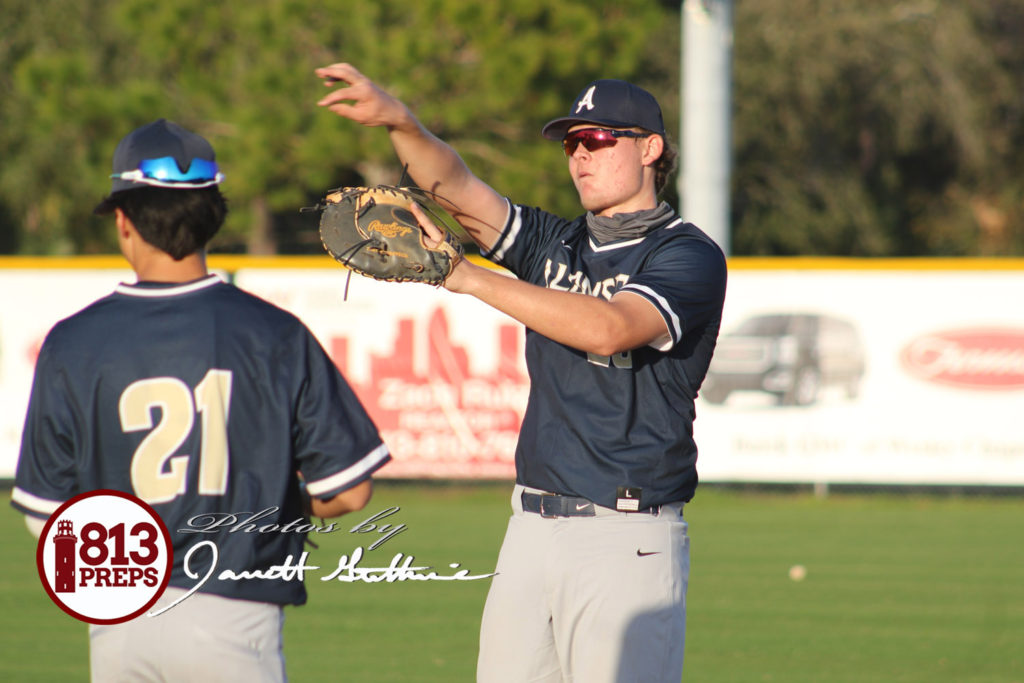 But if you’re a pitcher in Hillsborough County looking for an easy go, its best to avoid the 6-foot-4 slugger for the Alonso Ravens, Zen Hiatt.

Hiatt has been on an absolute tear for the Ravens this season, and finds himself amidst a 14-game hitting streak to start the season – 16 games dating back to last season. Hiatt is leading the Ravens with a .500 average, with a county-leading four home runs, five doubles and 11 RBI – with six multi-hit games (four of the victories) in his 14-game streak.

“I’m staying aggressive in counts, looking for my pitch early and looking for line drives,” Hiatt said. “I don’t really think about hits, just looking for pitches to drive.

“I try not to think about stats too much. Whenever I start thinking like that, looking at stats, that’s always when I have a bad one out there.” 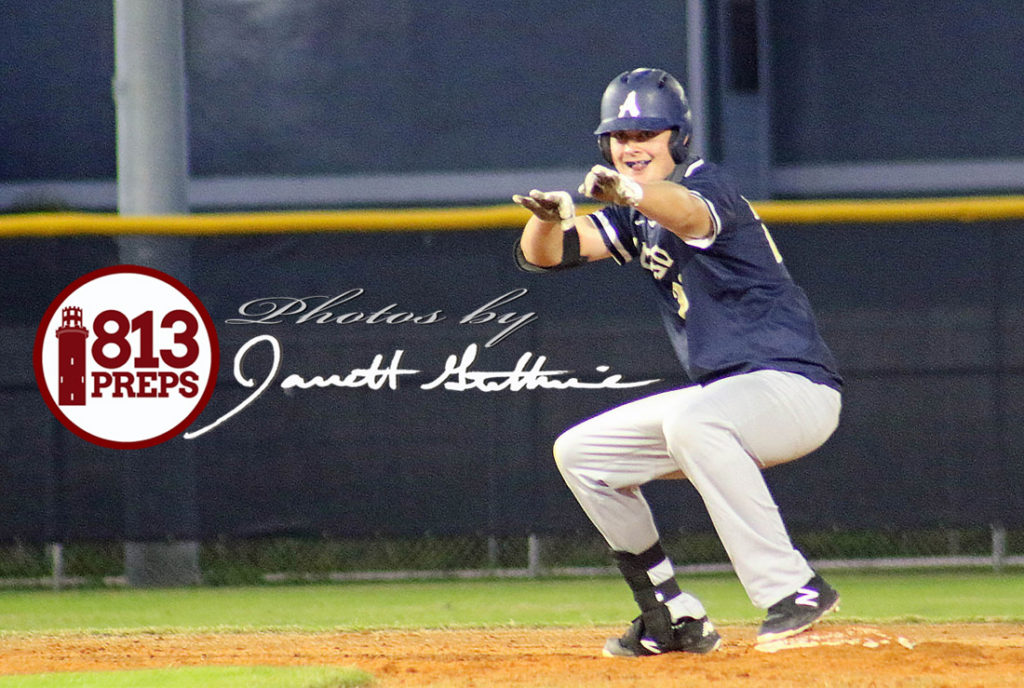 Signed to play next season for Division II University of Montevallo (Ala.) next year, Hiatt said being one of the teams five seniors is a role he was most looking forward to this season.

“Probably my biggest goal this season was to set a strong foundation,” he said, “so when I’m gone next year at Montevallo, these guys keep up the hard work, feel responsible for each other, and continue to spread the team culture.”

The 8-6 Ravens have had a bit of a bounce-back spring this year after slogging through a 1-7 start, pre-shutdown in 2020. Hiatt said much of this can be attributed to a new dynamic within the team.

“I think this year compared to last, we just have way more chemistry, we’re a lot closer,” Hiatt said. “I think you are seeing how hard every one is working now, (and) over the fall, and continuing to get better, and I hope that keeps showing with more wins.”

In last week’s Saladino Tournament, Alonso started strongly taking an extra-inning win off of Bloomingdale on Saturday, only to drop the next three. Things looked dicey on Monday as the Ravens needed a seventh inning evener, and then an 11th inning score to fend off Freedom. The latter game though, according to Hiatt, was a moment he hopes represents his teams drive to finish and not to let one get away.

“I think we found late energy against Freedom,” Hiatt said. “I think that’s the biggest thing, never giving up, having that grit.

“All of our stuff was with two outs and something unlucky would happen, but we had that grit and that’s what won that game.”

Hiatt will look to continue his hitting streak on Thursday, when the Ravens host district foe Palm Harbor in Class 7A-7 action. A pivotal battle within one of the toughest districts in the state.

“It’s insane,” Hiatt said of the district competition. “It seems every team has an elite ace throwing in the 90s, with nasty breaking stuff. But I think that keeps us motivated, really in the game to have that energy in every game.”

Elijah Burse, Hillsborough – The Terriers junior made a huge impact with his pinch-hit grand slam in Hillsborough’s Saladino opener against Robinson, only to follow the next day with a solo shot, and pick up a sixth RBI on the week in Game 3.

Dylan Cheeley, Seffner Christian – In the midst of an eight-game hitting streak, the Crusaders senior is currently hitting .458 (23-for-47) on the year with 15 RBI and 12 runs scored. Last week he was 6-for-11, with three doubles, four RBI and three runs, while also striking out 11 in two appearances on the mound last week.

Colby Fanning, Strawberry Crest – Week-in, week-out Fanning has made himself a contender for this list and during Saladino week was no exception. The Chargers senior went 6-for-14 at the plate with a pair of doubles, six runs from atop the lineup, and pitched a complete-game one-hitter.

TEMPLE TERRACE – Carrying on one of our favorite traditions around the county, King High Baseball will once again pick up the practice of honoring its history at a Saturday game, when the Lions host Freedom on April 17.

This season, Coach Jim Macaluso said will be a little extra special, as King will dig deep into the past – even prior to the 45-year coaching legacy of their veteran skipper as the program will recognize one-time Lion and former Milwaukee Brewers player Barry Cort with a jersey retirement ceremony. 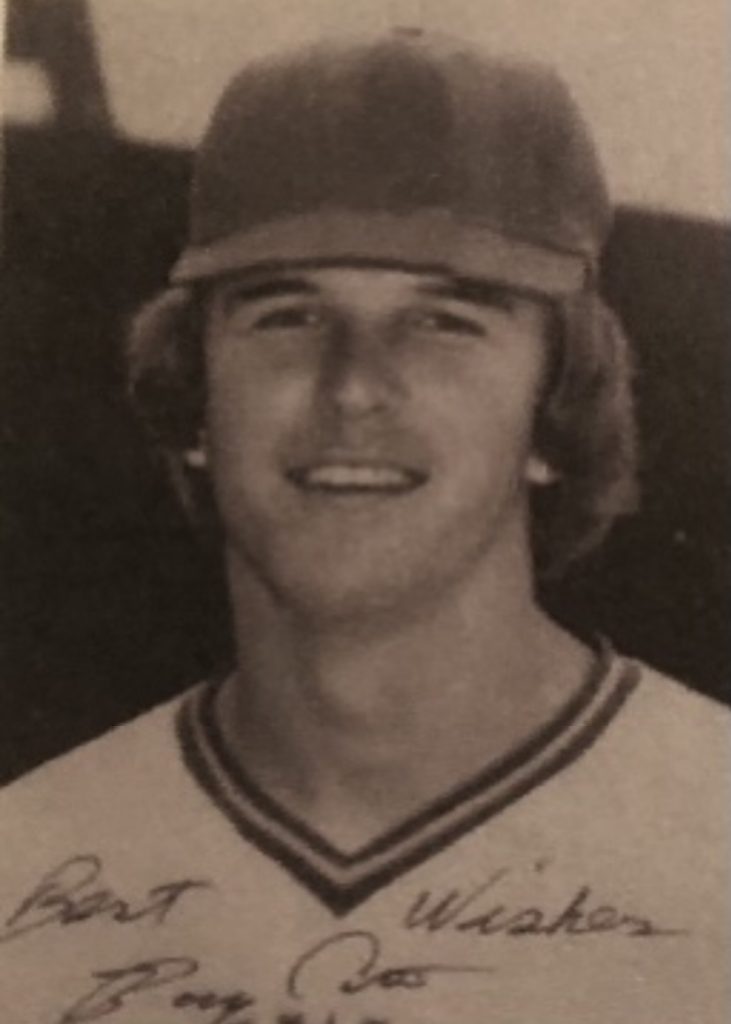 Cort, a 1974 graduate from King, was drafted by Milwaukee in the fourth round of that year’s MLB first-year players draft and was assigned to the New York Rookie League and the Brewers affiliate in Newark, where in his first season he posted an 8-3 record, and set the team record for strikeouts that season with 123.

Cort, a native of Toronto, Canada, broke camp in 1977 with the Major League club and made his MLB debut against the Blue Jays pitching a complete-game and earning the win. In total, Cort made seven appearances for the Brewers posting a 1-1 record, before a shoulder injury derailed his career. In total, Cort spent eight seasons in professional baseball going 45-35 with a 3.59 ERA at all levels.

“It is with great Lions’ pride that we honor former King High School Lions baseball player Barry Court by retiring his number on Saturday, April 17, 2021,” Macaluso said of the upcoming event.

Macaluso said it was an honor he’d wanted to bestow on Cort for a number of years, but a chance encounter with Cort at a Tampa Bay Rays game in 2019 sealed the idea for the retirement ceremony, which was originally scheduled for last season prior to the season shutdown. 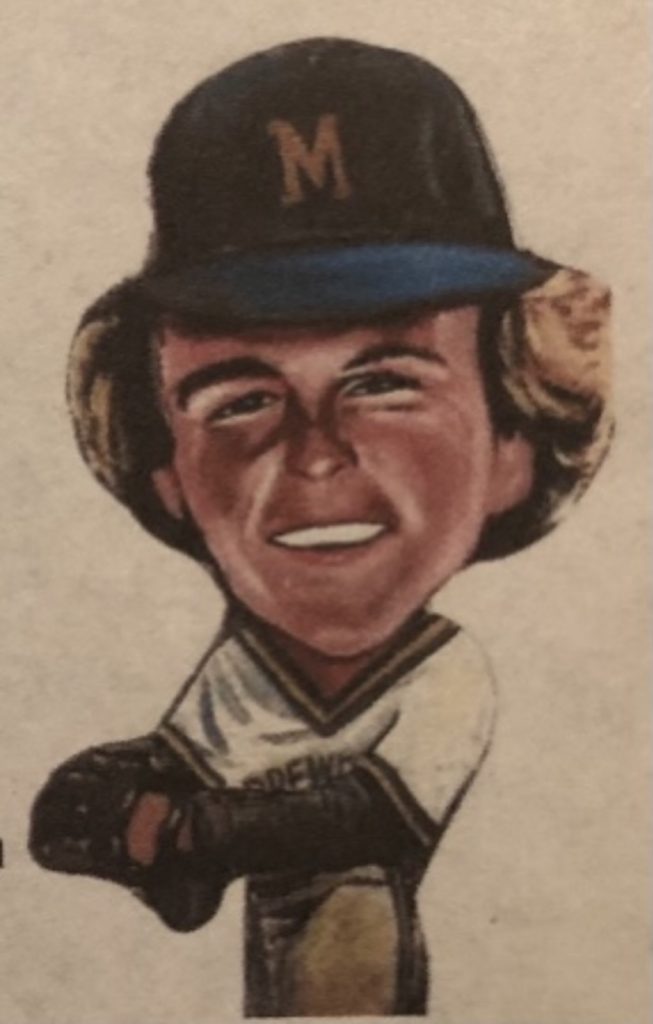 April 17th’s event will kick off with a social hour of food and sodas at the field at 11 a.m., with an on-field ceremony where Cort’s No. 13 King jersey will be retired, followed by the game against the Patriots at 1 p.m.

Coach Mac is asking for any former King players or any friends and family that would like to attend let him know of their intentions to arrive, so they can have a proper head count. RSVP’s can be made to KHSLionsbaseball@gmail.com (click here to email).