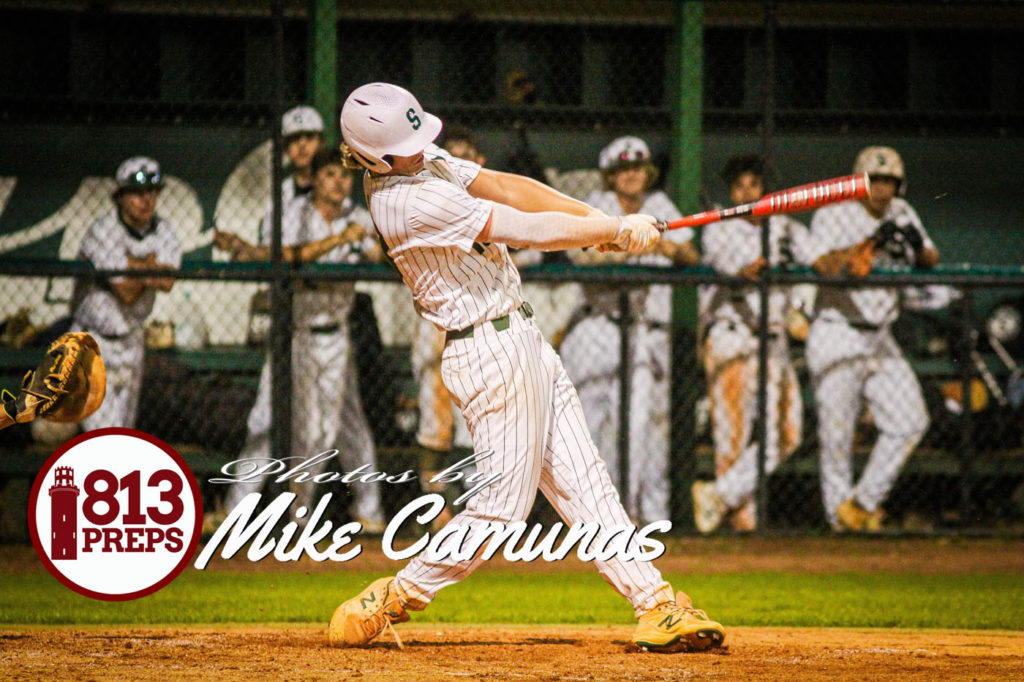 Freshman first baseman Thomas Bly went 2-for-3 in the Gryphons 3-1 win over Plant City, driving in two RBI on singles in the first and third innings (photo by Mike Camunas).

Then, the freshman first baseman shared it with his senior southpaw, Holden Wade.

They made good use of it.

As Wade mowed down 10 Raiders batters in a complete-game gem, Bly drove in two as Sickles  ended a three-game losing streak with a 3-1 win on Wednesday evening. 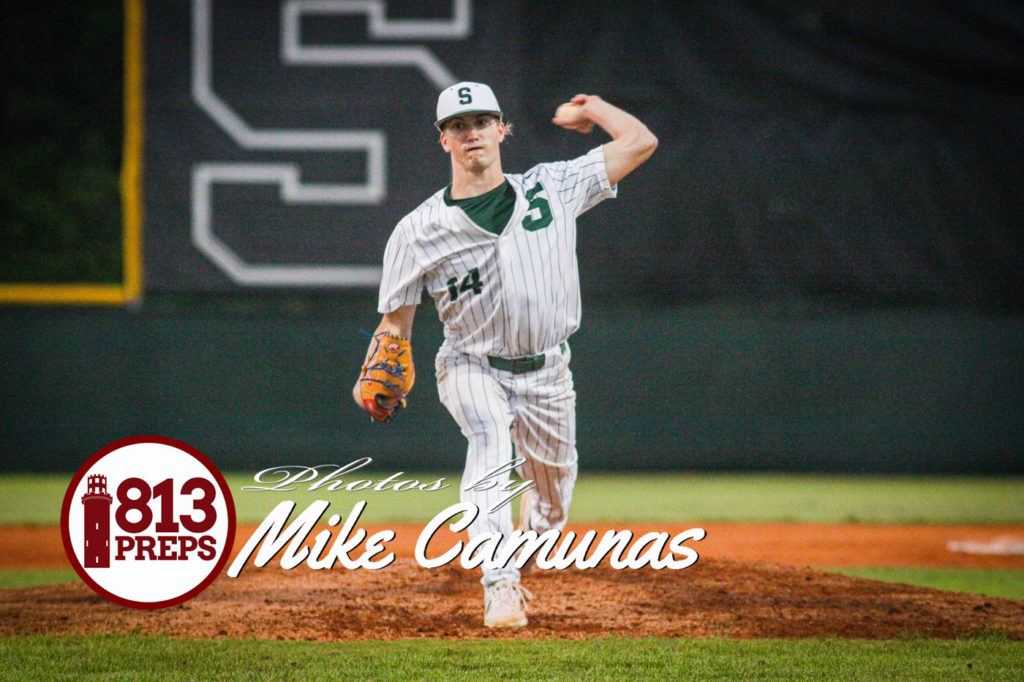 Sickles senior southpaw Holden Wade went the distance in the Gryphons 3-1 win over Plant City, tossing a 74-pitch, complete game gem in which he struck out 10, allowed just four hits and a run and improved to 3-3 with a 2.14 ERA this season (photo by Mike Camunas).

Bly took advantage of his friendship with Plant City starter Adan Longoria by taking two hits off him to build a two-run lead into the third inning. Bly would also send a long fly ball off reliever Colin Schultz to deep center field that would have been a homer if not for Sickles’ 20-foot high wall, but was instead caught by Ryan Robinson crashing into the wall.

With this @ThomasBly33 RBI single — his second of the night — @SHSGryphonsBB takes a 2-0 lead over @plantcityhighBB in B3 ??⚾️ @813Preps pic.twitter.com/vHm9aZhaki

“Longoria, their starter, he’s one of my best guys,” Bly said, “so I was just confident up there and, yeah, I had the full scouting report.”

“But, yeah, bring that wall a little lower,” Bly added with a laugh. “But Justin’s was even better.” 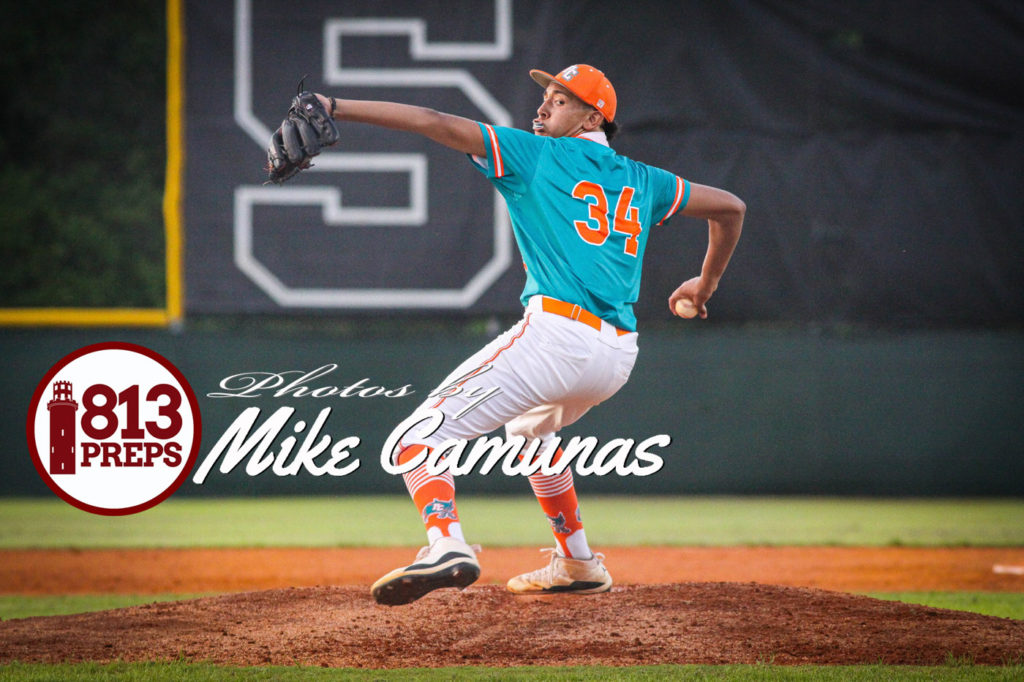 Indeed, the very next Sickles (10-5) batter in that fifth inning, leftfielder Justin Allen, also crushed the ball off Schultz, this one resulting in a double high off the wall above Robinson. Senior first baseman Adrian Guiterrez then hit a liner into Schultz, pushing Allen to third. When Schultz balked shortly after, it gave the Gryphons an insurance run for Wade to go the distance in the seventh.

“It just seems like every start, Holden is just (pitching) insane,” Bly said. “He’s just unbelievable and really helped the team out.”

But it wasn’t without the high-blood-pressure-late-game drama.

And that’s when coach Eric Luksis took a slow walk to the mound.

“I just looked at him to see where he was at and he just looked at me and said, ‘I’m not coming out,'” Luksis said. “He said he had this game and that’s what it takes to be a really good pitcher — that confidence.”

Wade would need six pitches to strike out Wyatt Fordham, but Plant City (10-6) did get a run in thanks to a fielder’s choice by Jack Brosky. Yet, Wade would bear down to get Alex Machado to ground out to — who else? — Thomas Bly for the unassisted putout at first base.

“When Coach came out and asked me how I felt, I told him I was alright and he just — he was rambling, so I wasn’t really thinking about what he was saying,” Wade said. “All I said was, ‘Keep me in — I’ll get this guy out.'”

Luksis knew turning to one of his FIVE senior starters would be key to snapping the losing streak and it paid off when he tapped Wade on Tuesday night.

“We looked at him and said we needed him to turn this around for us,” Luksis said, “and he did more than what was expected of him and he was just an absolute bulldog out there for us — he was really fun to watch tonight.”