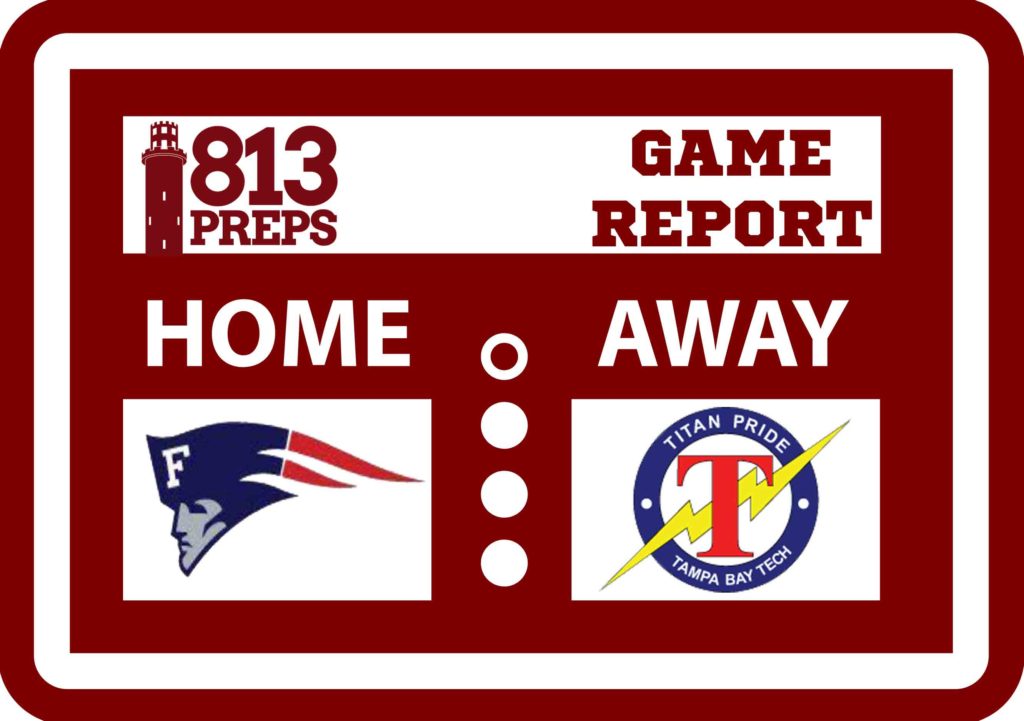 TAMPA – Hits were hard to come by and runs even harder, as good pitching and strikeouts ruled the day. But the Freedom Patriots squeaked out just enough run support to defeat the Tampa Bay Tech Titans 4-1 in the low-scoring affair.

The win was the Patriots’ second in as many days after a nine-inning walk-off win over Pasco on Tuesday. Head coach Tripp Merrell said he was happy with his team’s performance, especially defensively.

“If we don’t kick the ball around and throw strikes, good things happen with this team,” he said after the game. “That’s what we’ve worked on since I got here three years ago, and these guys are really buying into it.” 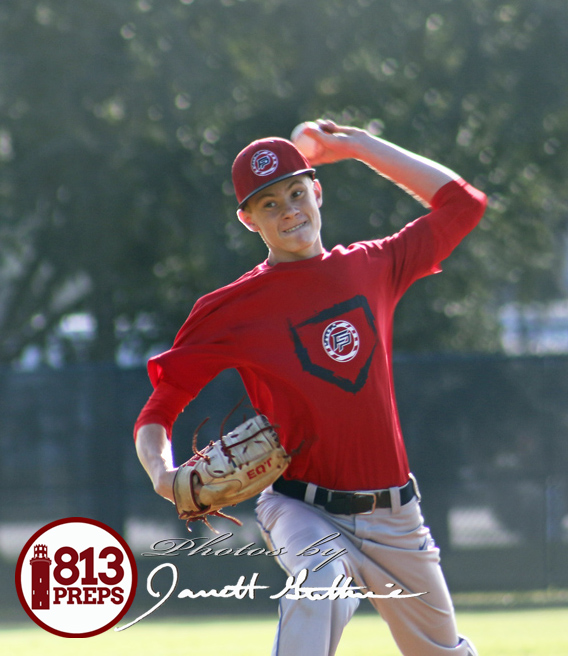 Tech pitcher Evan Mobley and Freedom’s Michael Morrison dueled for much of the game, trading scoreless innings until the third, allowing just 12 hits between them and combining for 15 total strikeouts in the midweek contest.

Mobley started the game sitting three batters down in the first inning while the Titans struggled to hit into the outfield off Morrison for much of the game, recording their first hit in the third.

Offense did eventually make an appearance when Tampa Bay Tech (2-11) struck first in the third inning, using a walk and a couple of singles from Sadarian Austin and Mobley to get into scoring position before a wild pitch brought in the game’s first run.

Freedom responded by getting aggressive on the basepath, stealing twice off a couple of singles to lead off the bottom of the inning before Gio Mendoza drove in the Patriots’ first run with a shot to left field. With the game tied and runners at the corners, Freedom (8-9) ran a double steal to bring in Lucas Richardson and take the lead.

“It’s an aggressive mentality,” Merrell said of his team’s baserunning Wednesday night. “You got to want the next base. And that’s what these guys have learned. I have no problem being aggressive.”

The Patriots finished the game with four stolen bases on Wednesday, which marked their 58th total so far this season.

Freedom extended their lead an inning later off a double from Raul Olivera to add two more runs. The junior would have had the second triple of the game — the first by Mendoza in the first inning — but was thrown out at third base to end the inning and ending the scoring for the rest of the game. 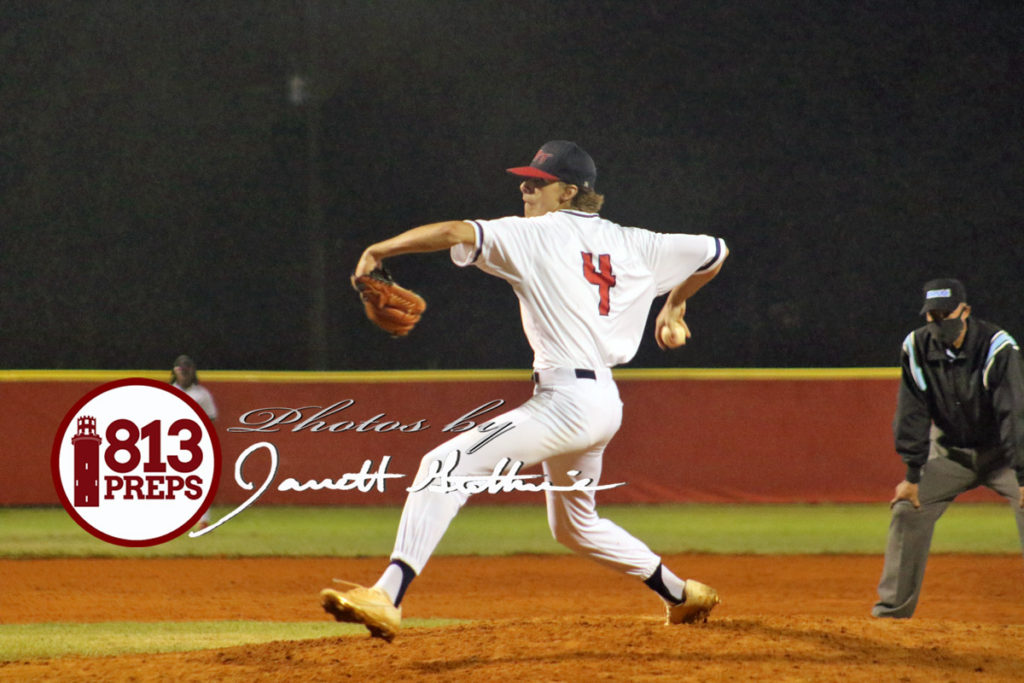 Despite the runs, both pitchers finished with impressive outings. Mobley pitched a complete game for Tampa Bay Tech, recording seven strikeouts while Morrison struck out eight and allowed just the one run in the win.

“It was actually his first game that he could go 105 (pitches in a game) because he turned the proper age on Sunday, so he was pumped about it,” Merrell said. “He comes out and gives it his all every game, and that’s all I can ask for.”

Morrison’s 105-pitch day took him 6.2 innings before Ian Potts came in and closed the night with a three-pitch strikeout, the 16th of the game for both teams.

The loss was the Titan’s eighth straight, and the sixth time this season they have scored one run or less. They’ll have some time off before getting another chance to correct their recent woes with a matchup against Spoto on Tuesday.

For the Patriots, the win over Tech is Freedom’s third at home this season. They’ll have a chance to make it four on Monday when they host district opponent Chamberlain.