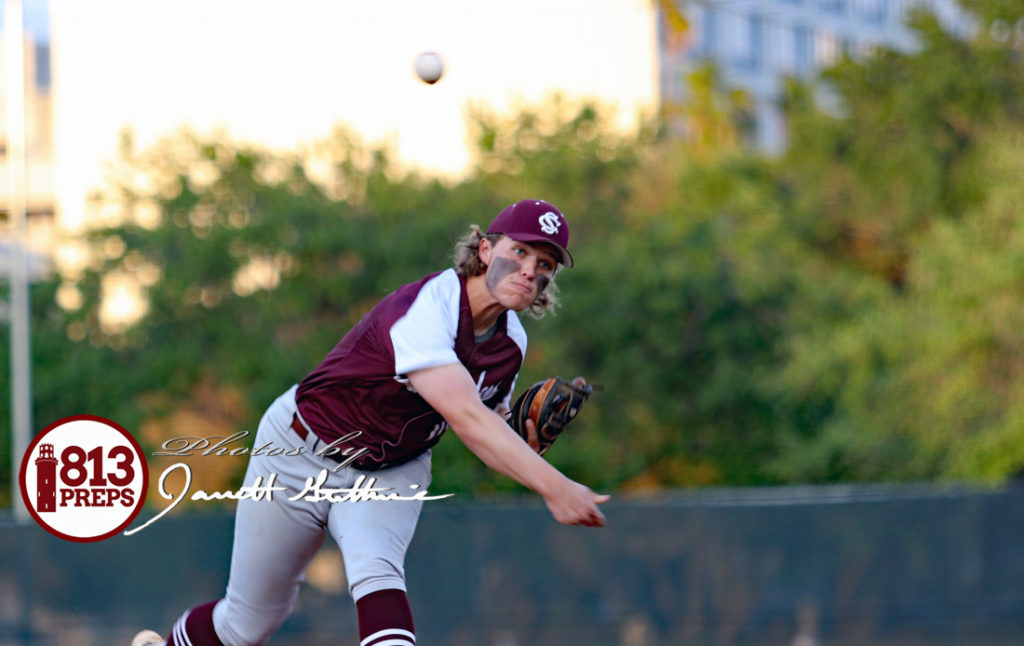 Seffner Christian senior Ben Cheek pitched 7 2/3 innings of shutout baseball in a no-decision before leading the way to victory with an 11th inning RBI single.

TAMPA – On and on, through 11 innings Seffner Christian and Tampa Prep’s pitchers battled it out in a thriller the Crusaders got the better of, when senior Benny Cheek singled in the game’s lone run with a liner to right.

From there, Dylan Cheeley worked himself into, then out of a jam – ending the game with a pair of strikeouts – as Seffner Christian picked up its 10th-straight win, 1-0 against Tampa Prep. 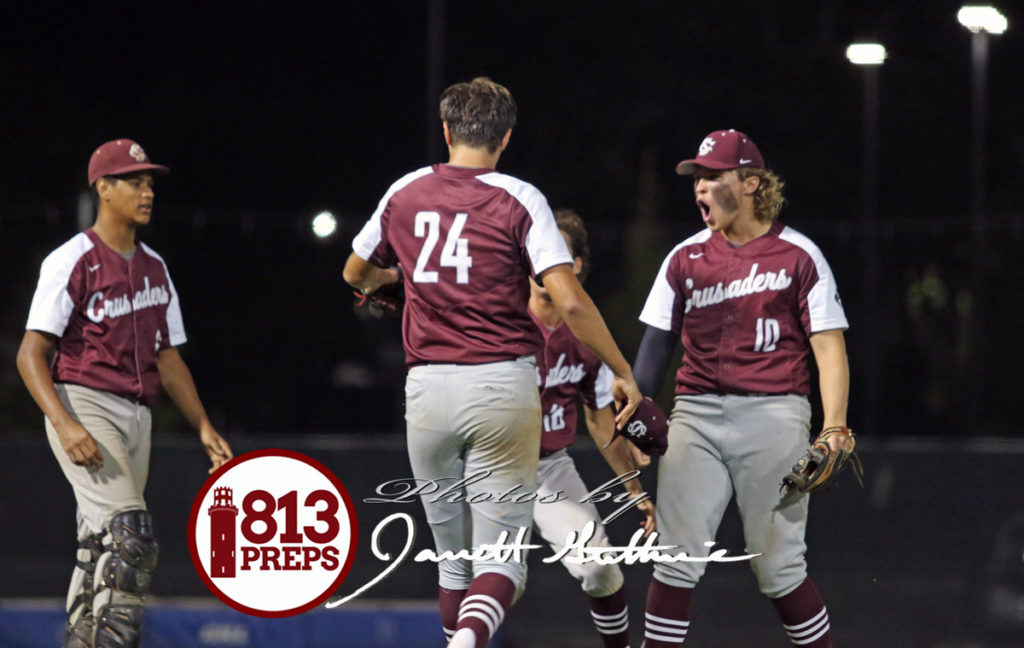 The game started and cruised as two senior hurlers were spectacular, answering each-other’s dominance for six innings. For the host Terrapins, senior and Florida International signee Jose Peña lit up scout’s radar guns with a fastball that averaged in the low-90s, touching 94 mph, striking out seven while allowing just one hit and three walks across six innings.

“Jose threw strikes and competed every time they got runners on there tonight,” Terrapins skipper AJ Hendrix said. “He got us out of some early jams and gave us every chance.” 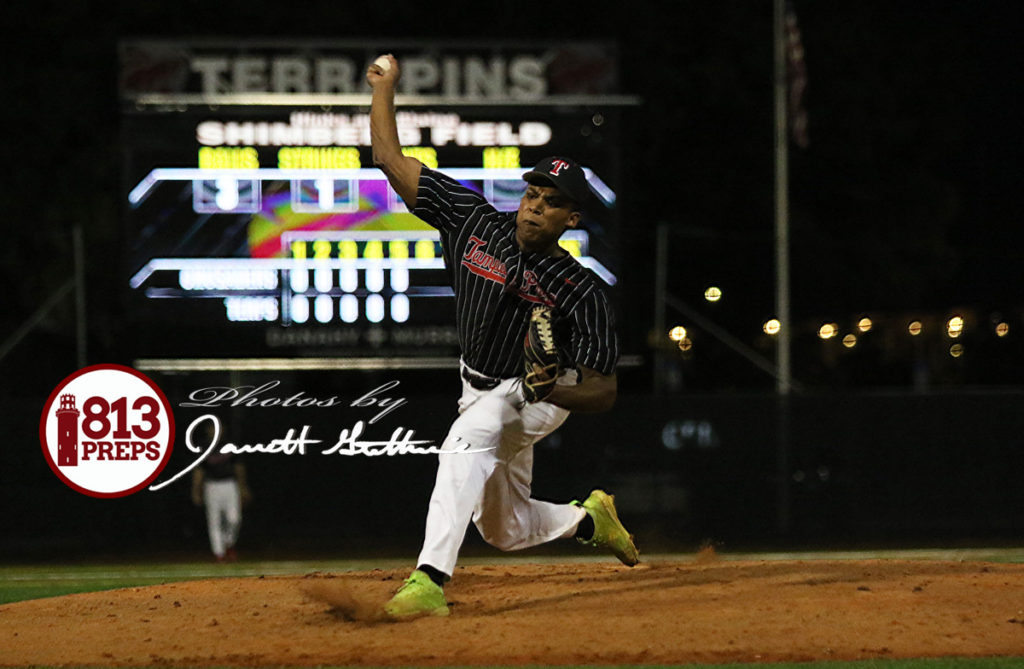 Tampa Prep senior Jose Peña limited the Crusaders to a single hit in six innings of work on the mound.

For the Crusader, Cheek put up an epic response, pitching 7 2/3 innings of scoreless baseball, mixing in a nasty changeup to keep the Terrapins hitters off balance and struck out eight before pitch-count rules ended his night. Pitching mere yards from his baseball home next season, the University of Tampa, Cheek held the Terrapins to three hits and a single walk.

“I knew coming in here that with Peña pitching it was going to be a battle,” Cheek said. “That’s exactly what this was.”

Seffner Christian (12-2-1) got an infield single from Clay Odiorne in the second and a fourth-inning walk saw a runner advance to third, but Peña kept his opponent’s off balance with his hard fastball and a good breaking ball.

The Crusades looked poised to strike in the 10th as a hit batter, and error put two in scoring position, but Tampa Prep (5-6) left fielder Ty Jones kept the game scoreless with a catch-and-throw on a rope to the plate to catch a would-be scorer.

The next inning wouldn’t have the same charm for the Terrapins, as a walk drawn by Avery Cherry and a Spencer Boynton sac bunt set up Cheek to play offensive hero, driving the ball to right allowing Cherry to get in just under a tag after another great outfield throw.

“Without a doubt, Benny deserved that (hit),” Giardina said. “The good Lord is blessing us.” 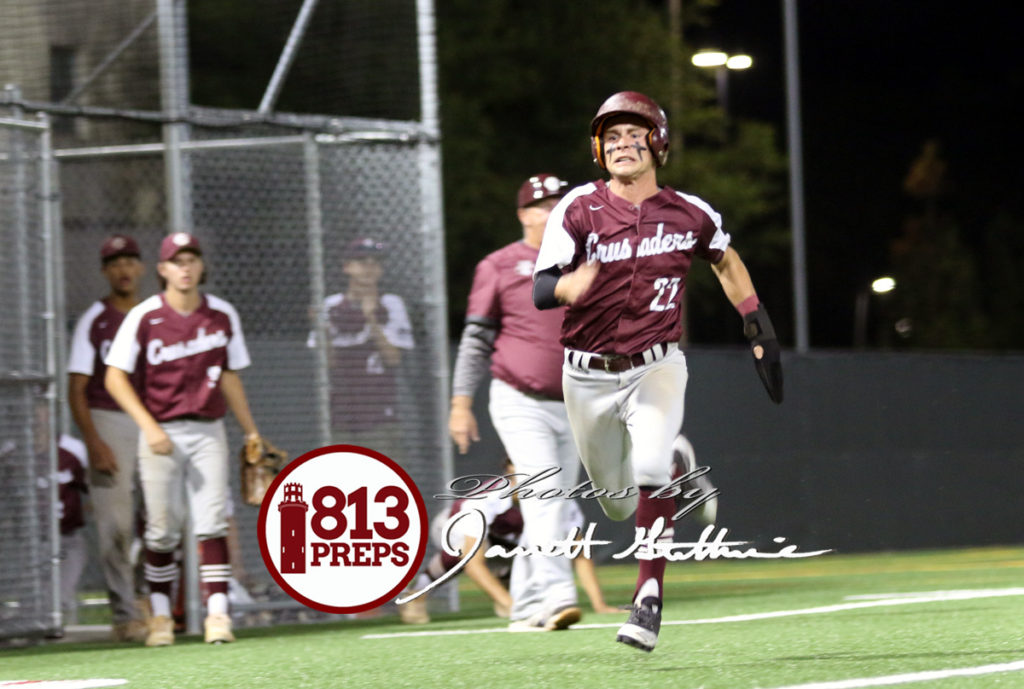 Seffner Christian’s Avery Cherry makes a dash down the third base line, scoring the deciding run for his team.

After the win, Cheek said he had a strong desire to factor in the final decision after his performance on the mound.

“I wanted (the win) more than anything,” he said. “You don’t put in all that effort to come out of it with a loss. Our whole team was in it 100%, the entire game and that is what matters most.”

Not to be out-done, the game’s relievers were strong as well as freshman Mikey Marroquin relieved Peña to start the seventh, and tossed five innings, not letting up a hit until the final inning.

Joe Tomasello relieved Cheek, pitching 1 1/3 innings and striking out a pair, before Cheeley closed out the final two innings with five strikeouts. 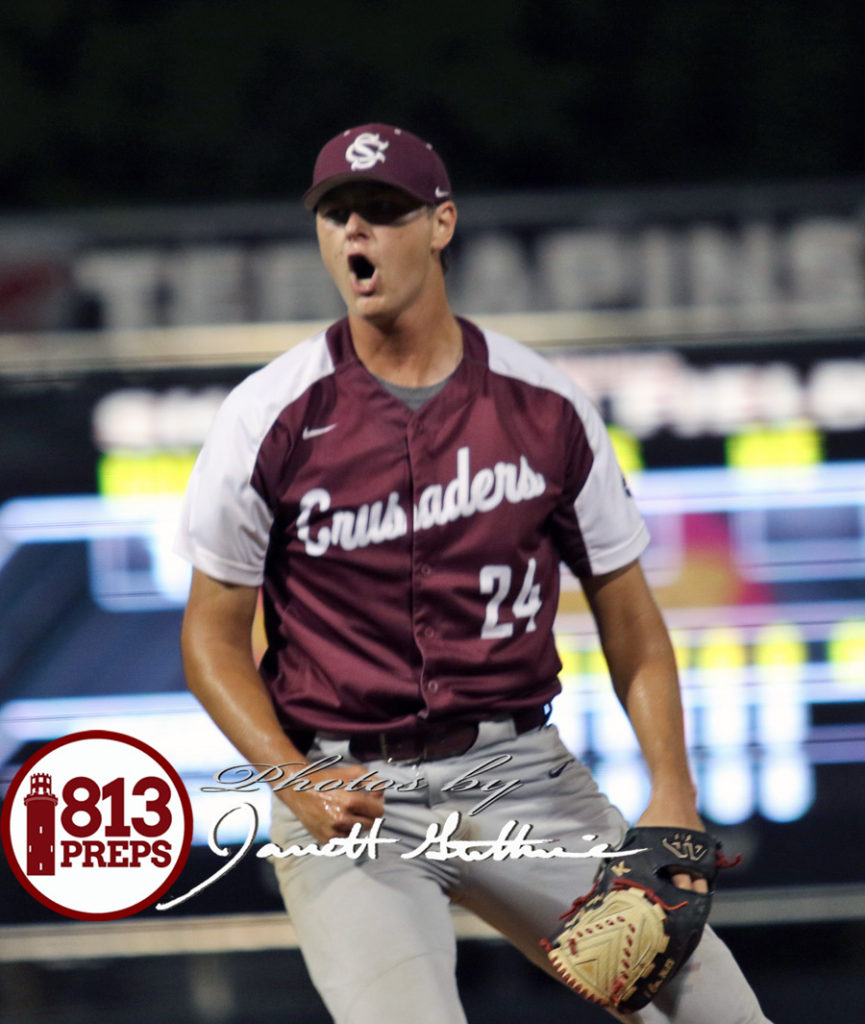 Dylan Cheeley earned the win in relief, leaving a pair in scoring position in the 11th with his fourth and fifth strikeouts of the game.

In the home-half of the 11th, catcher’s interference allowed Jaden Sheffield to reach, and after a productive out, Peña was hit by a pitch, and a wild pitch moved both runners to scoring position. That drew out Giardina for a chat and Cheeley responded capping the win with a pair of strikeouts.

“It felt awesome,” Cheeley said. “I put everything I had into that last pitch, he missed and I was so happy and pumped up.”

Cheeley said he knew he had to keep his opponents off the scoreboard to properly reward Cheek for his efforts.

“It’s crazy,” Cheeley said. “He does this every time, he comes out, throws an absolute gem and it is so much fun watching Ben pitch.”

Noah Sheffield had two of the Terrapins four hits, and third baseman Grant Varner put on a clinic in the hot corner for Tampa Prep. 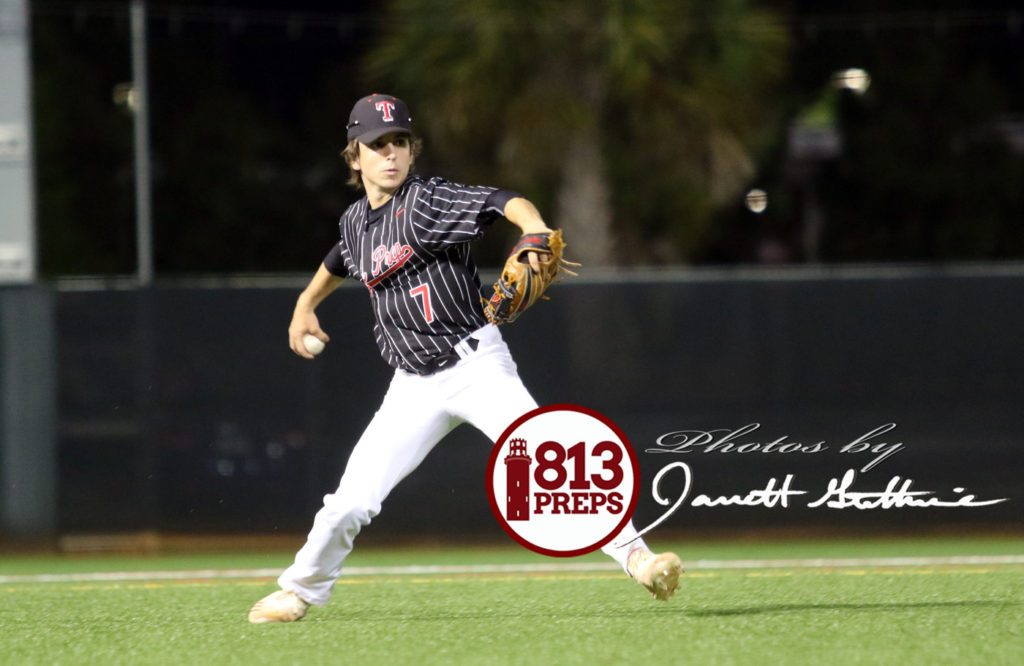