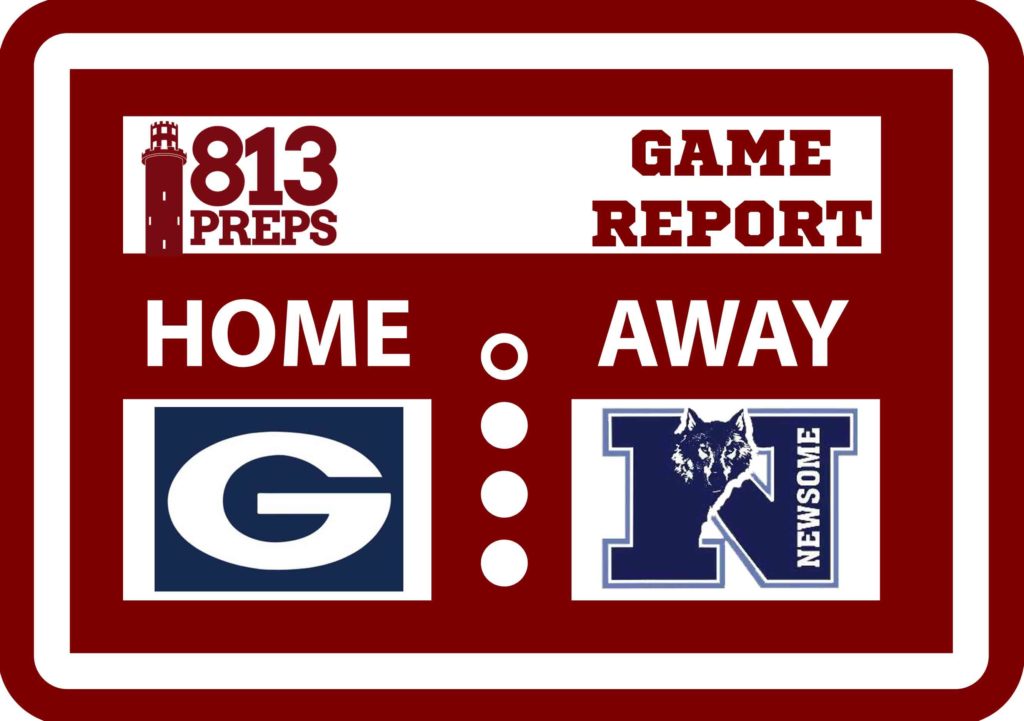 NORTHDALE – Sophomore Alex Philpott tossed six, strong innings and helped his own cause at the plate as Newsome won for the fifth time in six games defeating Gaither 4-1 on Thursday night at Frank Permuy Field.

It was a pitcher’s duel early on as Philpott and Gaither starter C.J. Hanson both came out firing on all cylinders. Hanson, a senior lefty struck our five of the first six Wolves batters as the game remained scoreless through 2 frames.

The Cowboys (6-10) would strike first in the bottom of the third as USF signee Austin Grause lined a double to right to start the inning. Sophomore Miguel Pina stepped to the plate with two out and dropped a flare into left between a trio of Newsome defenders to score Grause and put the Cowboys up.

Newsome (9-7) answered right back in the fourth as Hanson issued walks to Fulton Lockhart and Caeden Diaz. With two on and two out, Jadon Kilpatrick delivered a line drive single up the middle to plate a pair. and giving the Wolves the lead.

“Alex was doing so well out there; I just wanted to help my team as much as I can,” said Kilpatrick. “It was two strikes and I choked up and was looking for something I could get ahold of.” 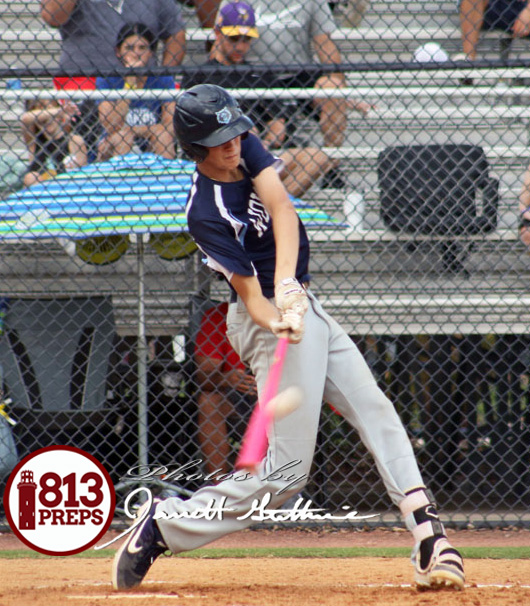 The runs would be enough for Philpott. The 6-foot-4 righty was dominant on the bump striking out eleven while surrendering three hits and an earned run in six innings. He would also add insurance in the form of a bases loaded single in the top of the sixth that drove in a pair.

“I swung and missed at the first two pitches and I knew I had to put the ball in play,” Philpott said. “He threw me a changeup and I saw it out of his hand.”

Adding about his performance atop the hill, Philpott said: “On the mound I just wanted to come out and pitch my game. My fastball-curveball mix was really working.”

Newsome is back in action next week with a pair of games versus district opponent Lennard, while Gaither has a trio of district contests squaring off with Sunlake followed by a home and home set against Wiregrass Ranch.