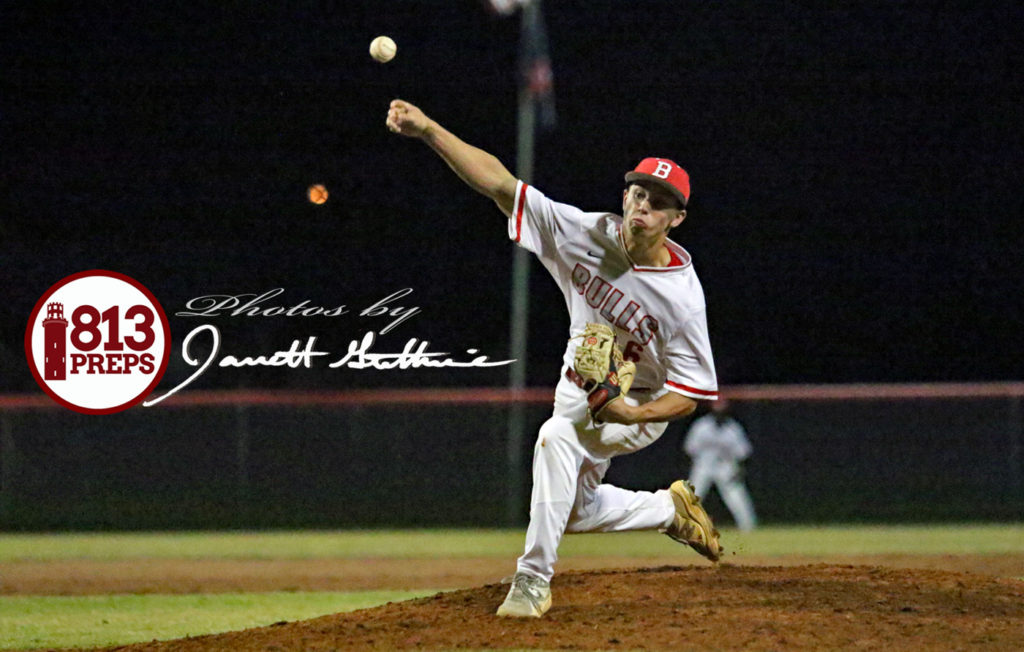 VALRICO – In the best baseball games, it often comes down to one moment. One pitch, one mistake, one swing. Tuesday night, in a hotly-contested meeting between two Top 5 county teams, that moment – that one massive, mighty swing – belonged to Bloomingdale junior Colby Shelton, who leapt from the left-hand batter’s box after crushing a game winning, walk-off homer to right in the eighth inning to give the Bulls a 3-2 win over Durant.

After the game, when asked what pitch he saw and unloaded on, Shelton smiled a bit, saying: “It was either a fastball or a changeup, after I hit that one I just kind of blacked out from there.”

The first-pitch (a changeup BTW Colby) stayed up just a bit much and Shelton delivered, winning a game that featured tremendous pitching on both sides, and error-free defense with the offensive edge favoring Bloomingdale (13-5) a bit.

“What a game, that was a playoff atmosphere,” Bulls coach Kris Wilken said. “They were able to line up their best, and I was able to line up our best and we went out and it was let’s go see who wins.

“I feel like we’re both really good teams, and this was going to come down to one pitch, one error, one swing and that’s exactly what happened.”

Quickly asked if he had the right man in the spot for that “one swing” Wilken said, “Of course. If you want to ask me for one guy to hit a homer, then that’s our guy.”

The at-bat wasn’t Shelton’s only impressive one of the night, though his first cuts resulted in a fielder’s choice groundout, the plate appearance did move a runner to third (who would eventually score), but more importantly, it lasted 12 pitches against Durant ace Sean Hermann. 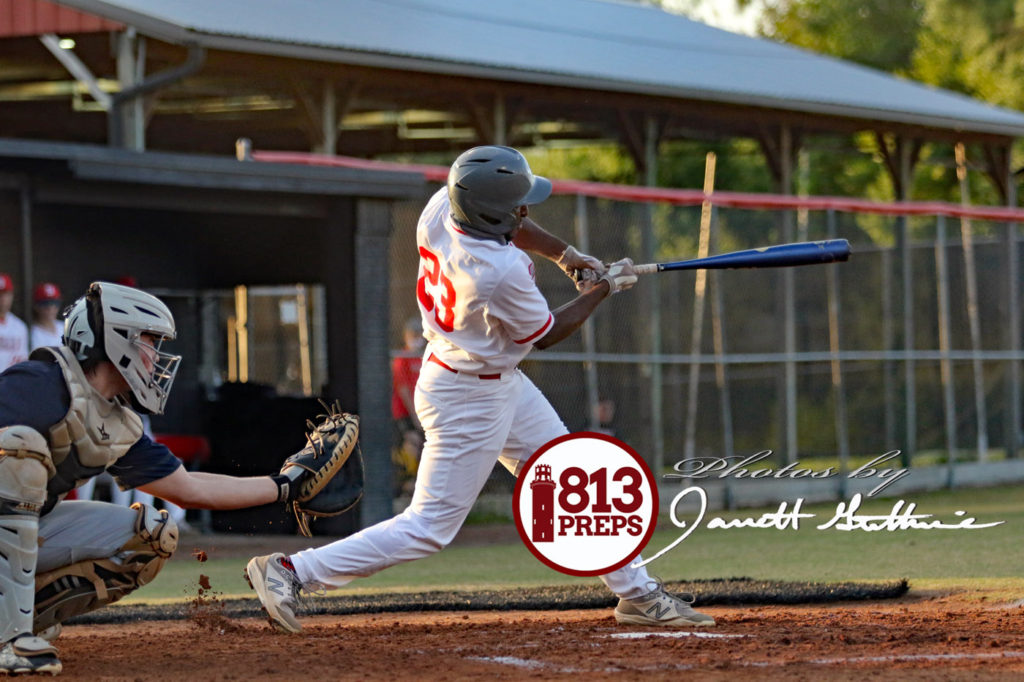 Bloomingdale’s Marlon Bowen slaps a groundball to short, plating the Bulls first run of the game.

Bloomingdale scratched out a run on a Marlon Bowen groundball one hitter later, and stretched its lead in the second as Carlos DeJesus followed singles from Wyatt Strickland (2-for-3, double) and Jack Owens with an RBI single to right field.

From there, Hermann looked outstanding, working seven innings, allowing seven hits and striking out nine in a no-decision. 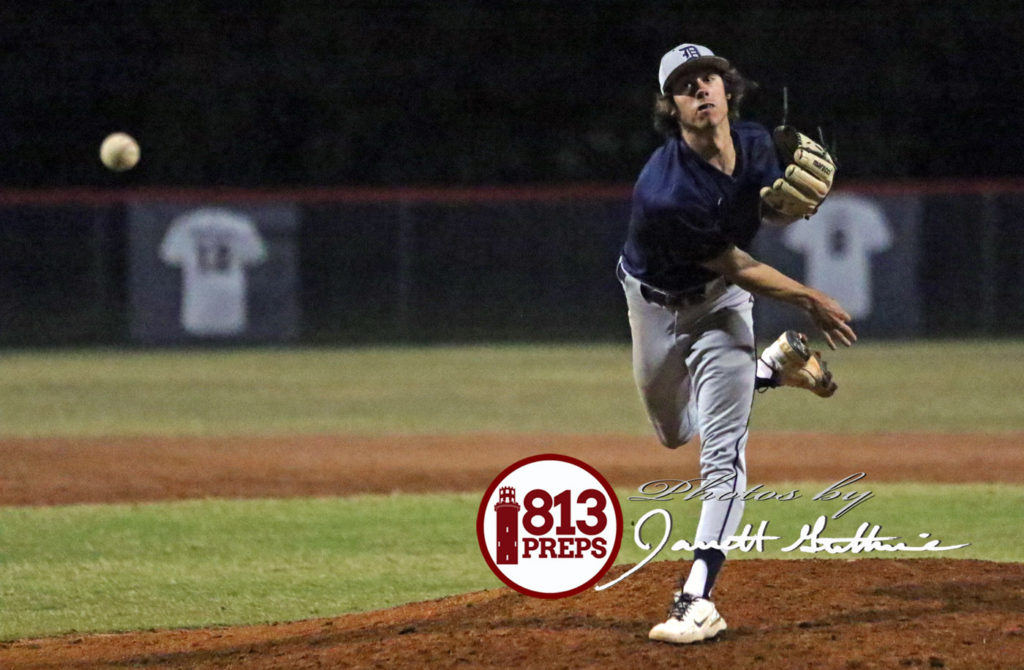 Durant (13-4) mustered its offense in the fourth inning as a hit batter and a walk were cashed in on a run-scoring double by Javy Quintana and an RBI sac fly by Brett Martin. The Cougars only other hit was a bunt single in the first from senior Luke Scolaro. 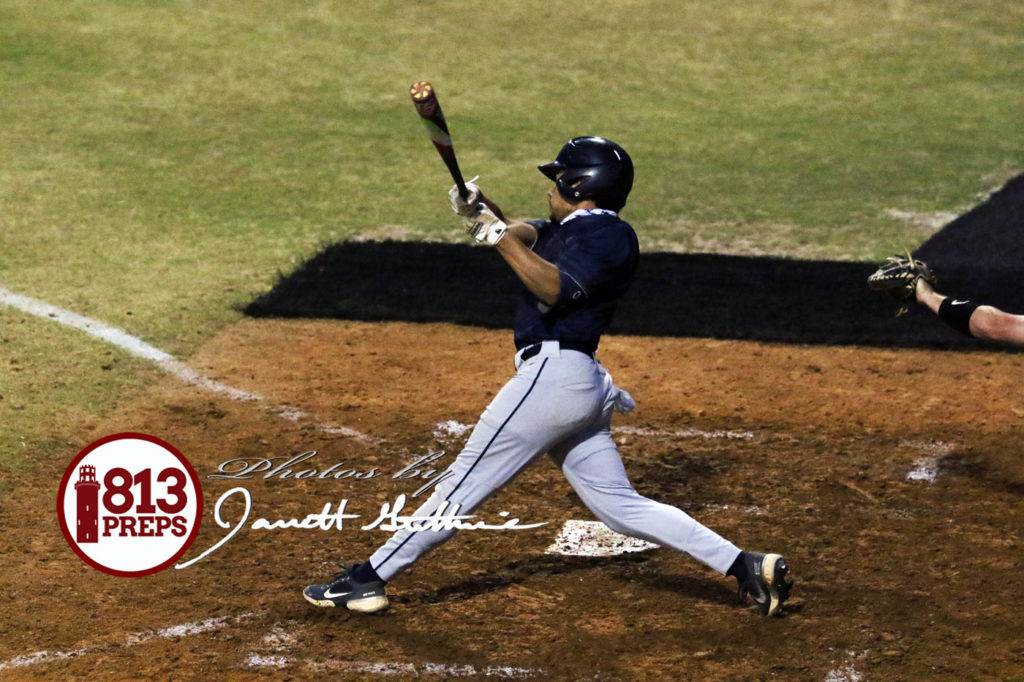 Javy Quintana doubled to the right-center gap to drive in a Cougars run in the fourth.

The runs spoiled a strong start from David Eckaus, who struck out eight in four innings of work, before turning things over to Jack Owens, who finished off the next four, no-hit innings and earned his fifth win of the year with five strikeouts. 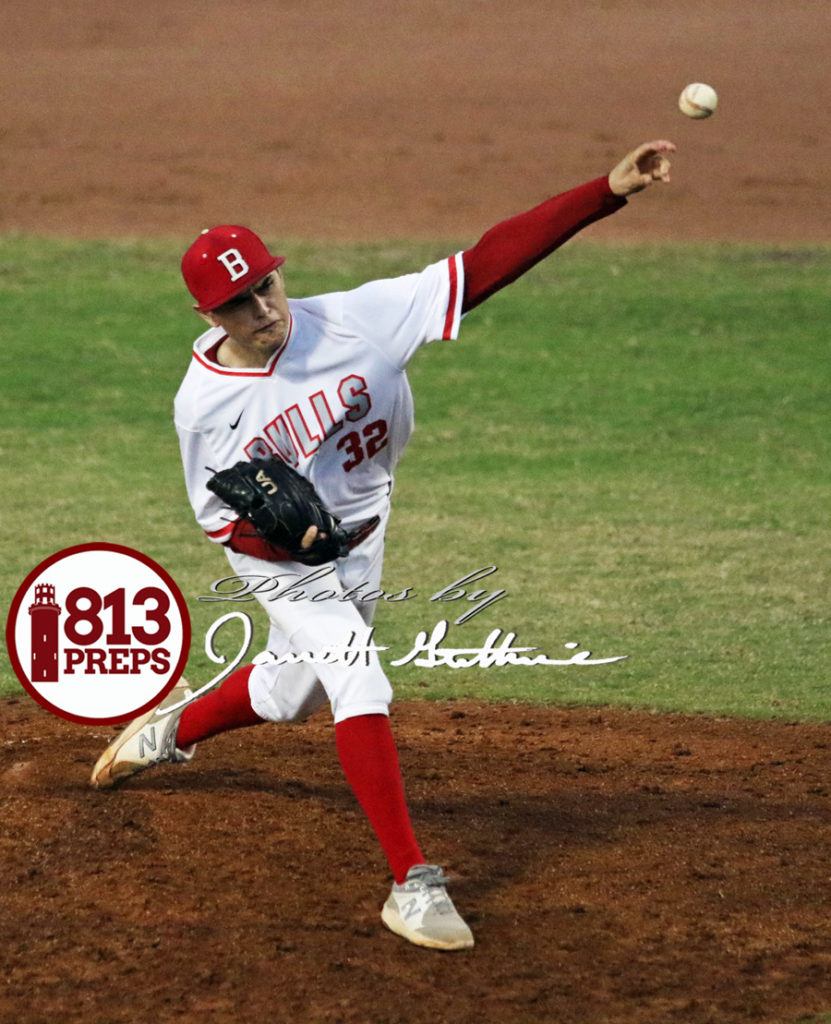 Bloomingdale senior David Eckaus struck out eight in four innings on the mound.

Bloomingdale started the season winning seven-straight before going 2-5 in its next seven, but finds itself riding a four-game win-streak with five to play in the regular season. The importance of Tuesday’s win was not lost on the game’s hero.

“Every game now matters, but holding on and winning a one-run game is huge right now,” Shelton said. “This brings a lot of momentum and confidence to this team.” 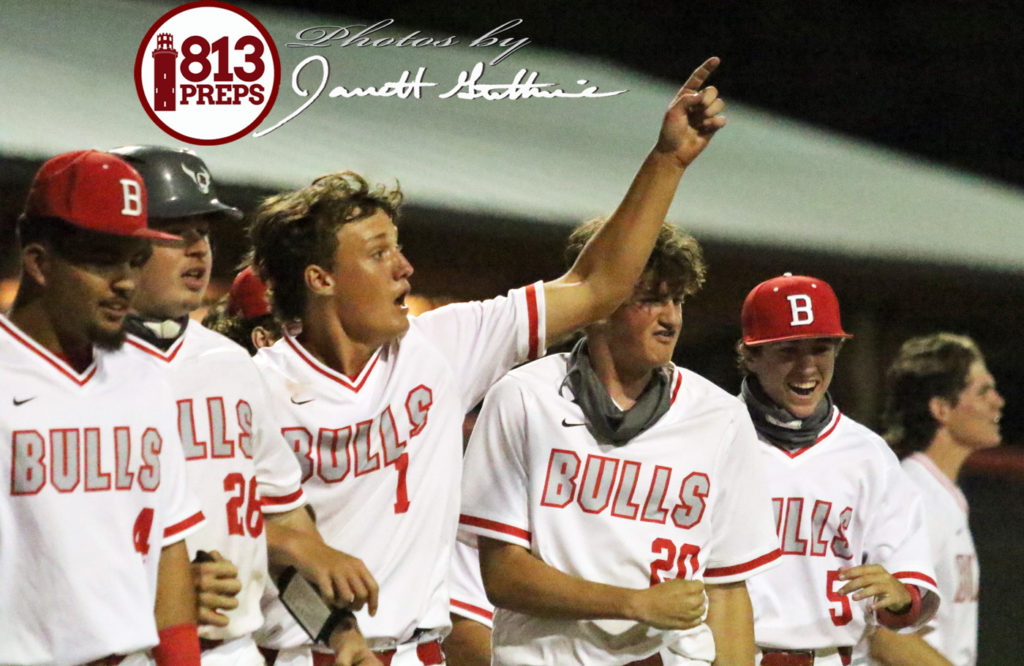 The Bulls hitters gather at home plate waiting on Shelton to round the bases.