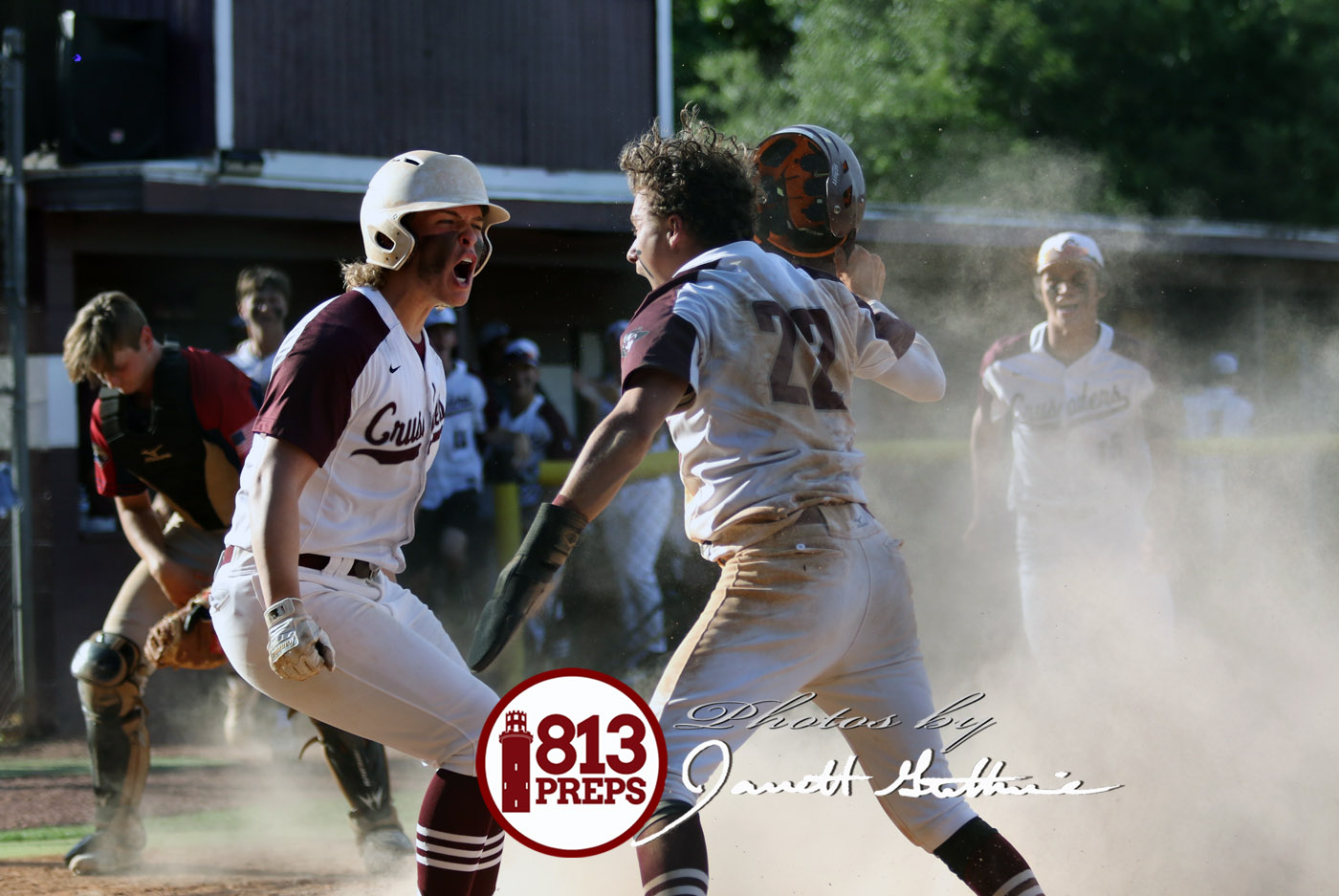 Benny Cheek and Avery Cherry (No. 22) celebrate after the latter scored the game-winning run to walk off a victory for Seffner Christian.

SEFFNER CHRISTIAN – Senior pitcher Benny Cheek had a game plan Tuesday afternoon against Foundation Christian, mix in his off-speed stuff early and then power his way to the end. His execution was impressive, and one week after pitching seven-plus scoreless innings against Tampa Prep before being relieved, then winning the game with his bat in the 11th, Cheek was rewarded in the home seventh with a mound victory as Seffner Christian won a tight, late-afternoon battle 2-1, on a walk-off hit by Spencer Boynton.

“That was something I talked to my pitching coach about before the game … we knew they wanted to sit on my fastball, so early we mixed up their mentality by going more off-speed,” Cheek said. “So, at the end of the game I knew I could just blowup fastballs and they were confused with that.”

With two away in the seventh, leadoff hitter Avery Cherry picked up his third hit of the day, and just like he did in last week’s win at Tampa Prep scored the winning run, this time when Boynton slapped one thru the infield. 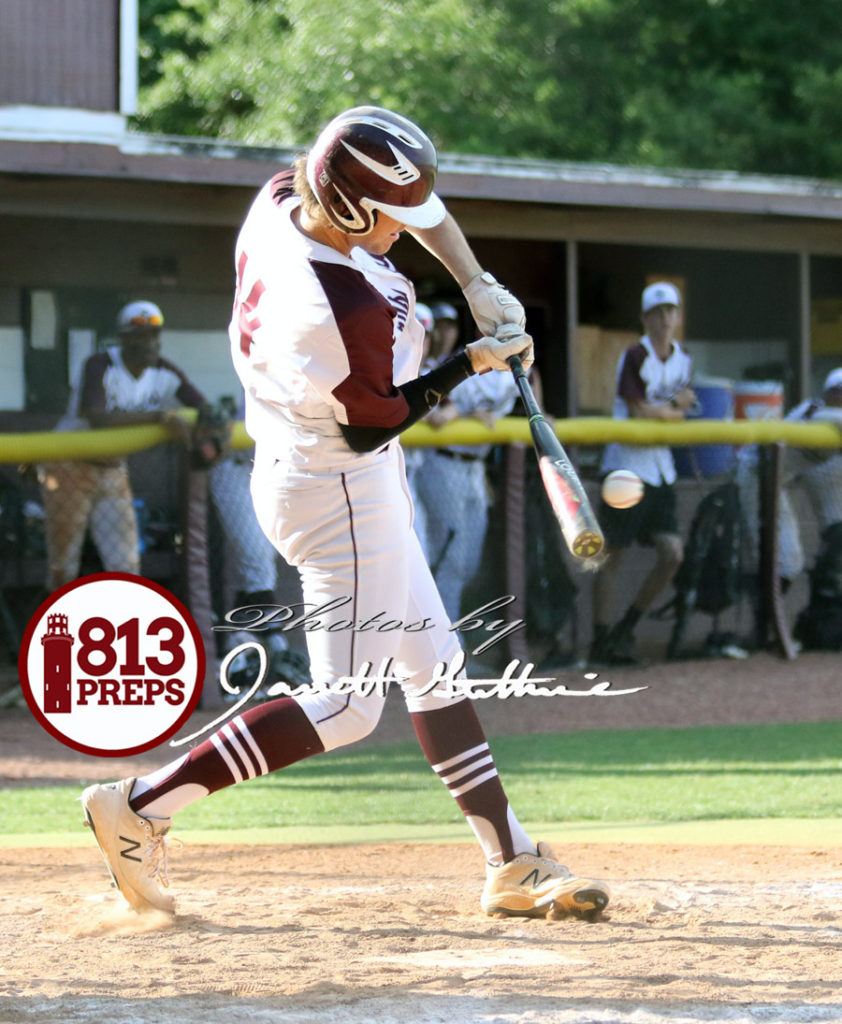 “He (FCA pitcher Carson Kull) was throwing the ball really well, and I got behind 0-2 right away, so I had to shorten up and hit it the other way,” Cherry said. “I hit a chopper and I knew I had to fly.

“All my buddies worked their butts off, so you have to go 100%, too. I knew I was going to score, and once I got to second I knew Spencer was going to do it. He’s been clutch all year.”

Boynton, who along with the Crusaders other eight seniors celebrated a pregame “senior night,” said the win paralleled a game from 2019.

“We didn’t get to have senior night last year, but our last one in 2019, we actually walked it off against Out-of-Door (Academy), so this was actually our second-straight senior night walk-off,” he said.

Matching up on the mound for the Panthers was Kull, who similarly shoved for the entire game, taking a tough loss allowing two runs on six hits, and striking out six. 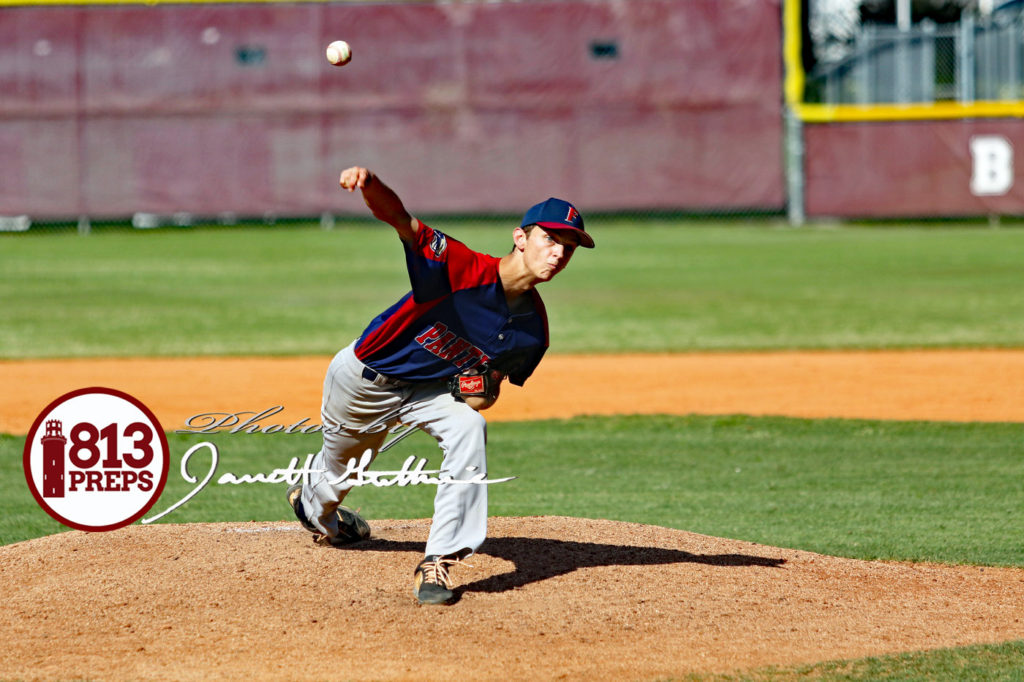 Both Cheek and Kull worked through three scoreless innings, before Seffner Christian (14-3-1, 2-0-1 in 2A-8) loaded the bases and Jake Foster singled in the game’s first run. 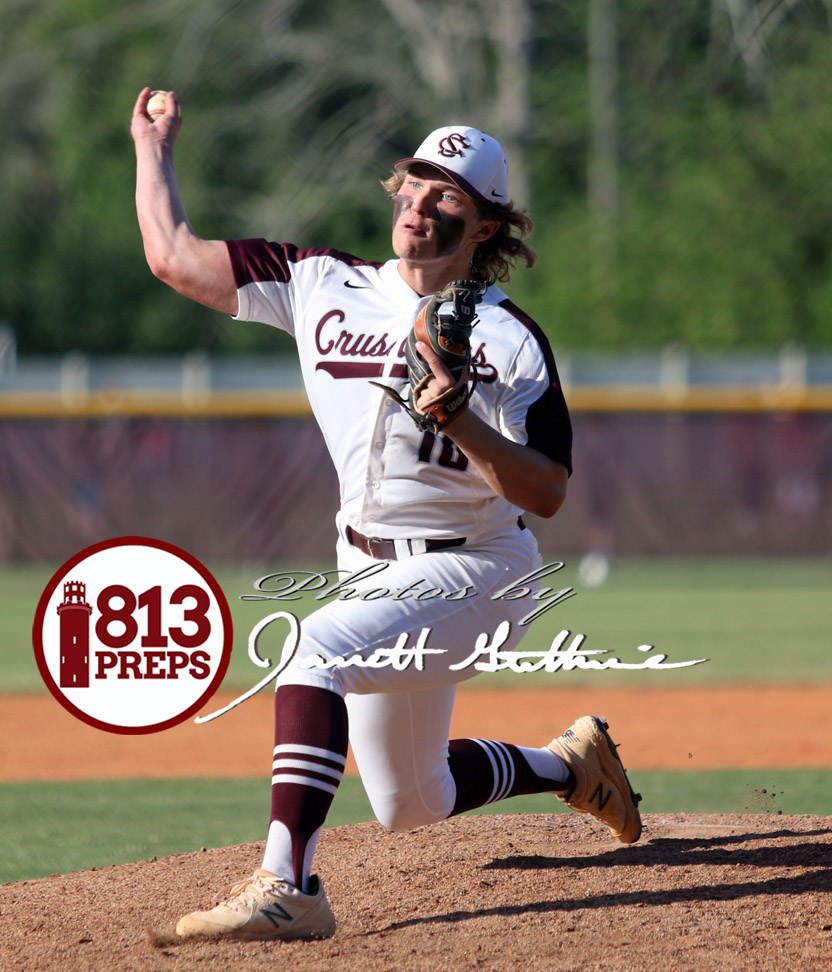 Seffner Christian senior Benny Cheek struck out 10 and improved to 5-0 on the mound this season with a complete-game effort.

Foundation Christian (11-3, 0-2 in 2A-8) put Cheek on tilt a bit in the sixth as Caden Kull led off the frame with an infield single, and then moved to second, before scoring when Cheek’s pickoff attempt of a runner at second sailed into center. However, the rally was short-lived as a nice play by Cherry at short, tossing for an unforced out at third and a clean pick at first by Dylan Cheeley stranded a pair. From there Cheek struck out the final three he faced, finishing the game with 10 punch-outs.

Dylan Carlos had a single in the fourth for Foundation Christian’s only other hit of the game, and shortstop Kaden Olney showed off the leather throughout the game. 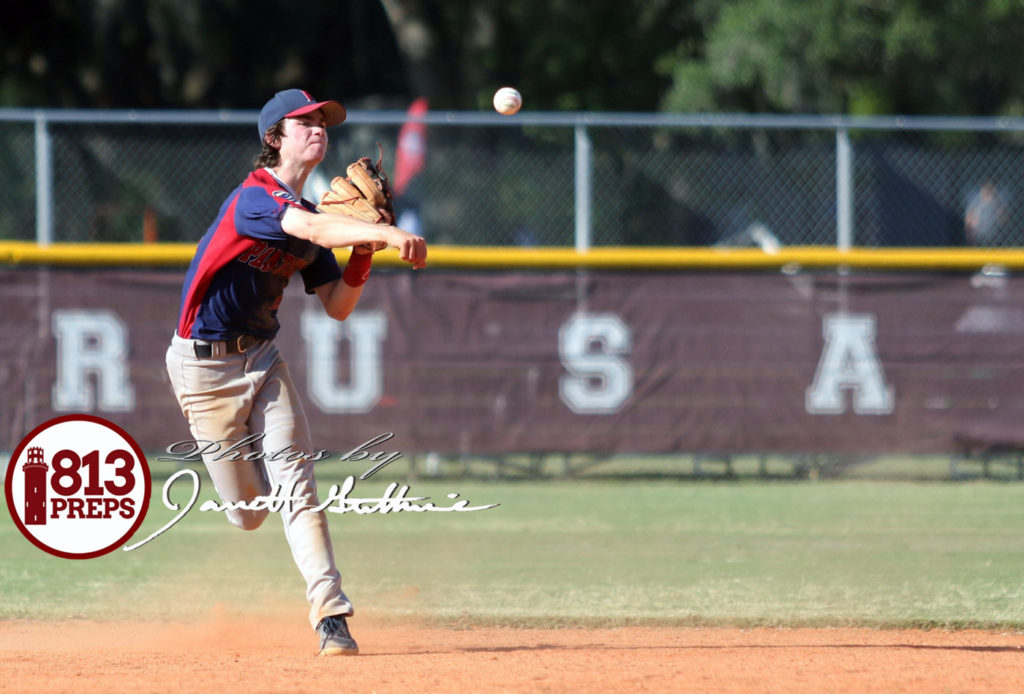 Panthers coach David McNeely said the game’s competitiveness was something he expected with his senior Kull on the mound.

“I know what type of team we have, what Carson brings on the mound, and what type of team they have over there,” McNeely said. “I knew this was going to be a battle and it was 1-1 going into the bottom of the seventh.

“I hated that it came out their way, but this is exactly what I expected.”

Despite the loss, McNeely said he hoped this game showed his players, in just the program’s fifth season, they are ready to hang with anyone.

“I have to remind them sometimes that we are only in our fifth year as a program,” he said. “And we just faced a program that has been around for a number of years and is ranked in the top 10 (No. 8 in Class 2A according to MaxPreps), and we just ‘bout beat them. I hope that gives us a lot of confidence moving forward.” 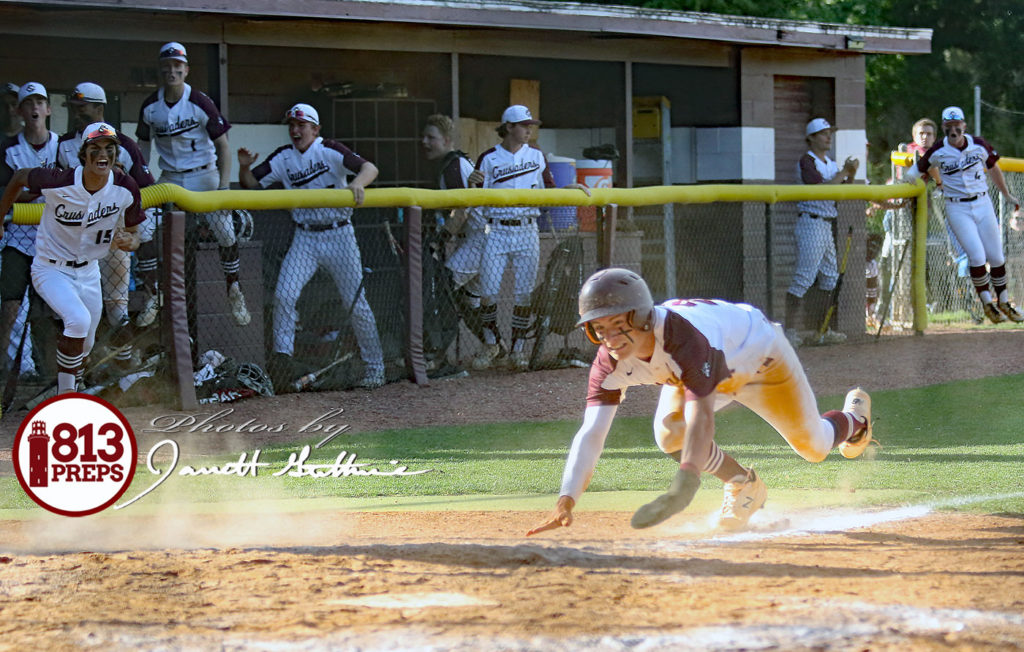 Crusaders junior Avery Cherry dives into the plate as his teammates pour out of the dugout for his game-winning score.