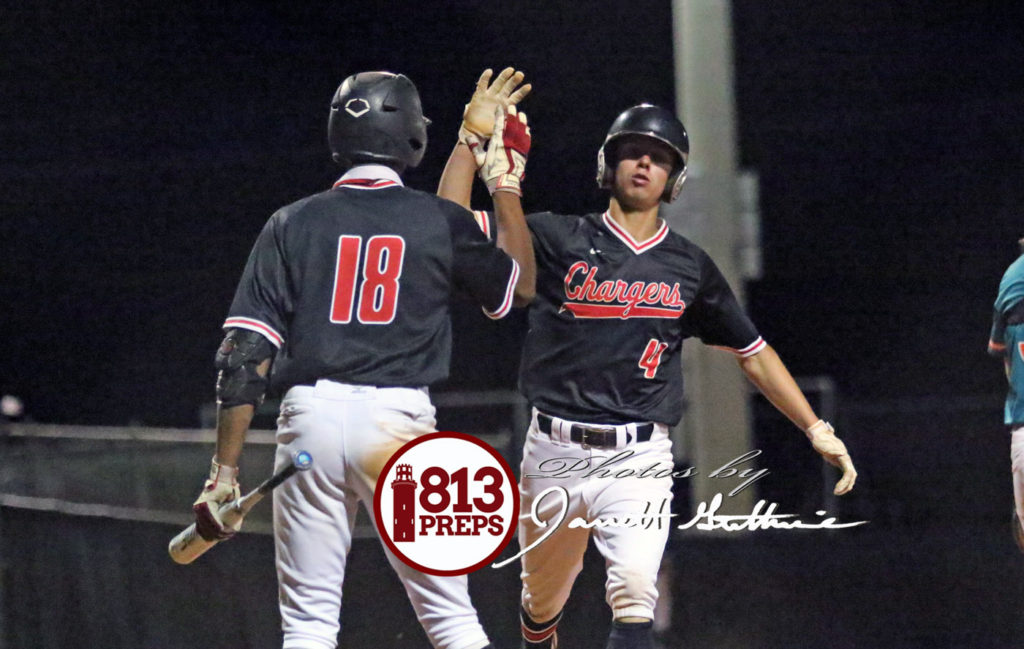 Strawberry Crest’s Arjun Nimmala (No. 18) greets senior Colby Fanning at the plate after he scored in the sixth inning.

DOVER – A pair of four-run innings pushed Strawberry Crest far enough ahead to hold off Plant City for a key district win, 11-6. 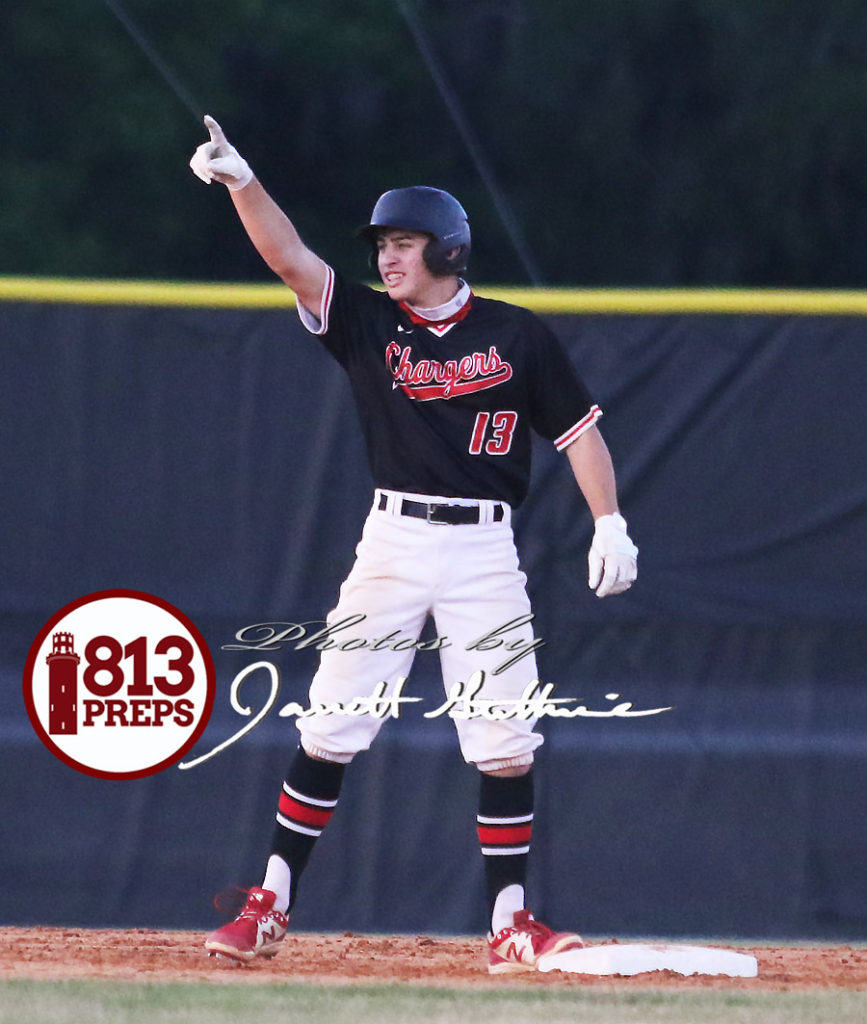 The Chargers offense was paced by seven hits from its first three hitters, but it was a bases clearing double from Zach Redner that pushed Crest’s lead to an insurmountable mark.

“I was thinking with two outs, I had to find a way to put the ball in play and get a run in,” Redner said. “And I ended up hitting the ball to the fence and getting all those in.”

Plant City (11-7, 3-3 in 6A-8) took the early lead after a two-base error put Ryan Robinson in scoring position, and the Raiders senior moved around and scored on a wild pitch. Junior Kelein Johnson bookended doubles around an RBI sac fly in his first three at-bats, finishing the game with two runs driven in. Robinson capped the Raiders scoring in the sixth with a solo home run over the right field wall. 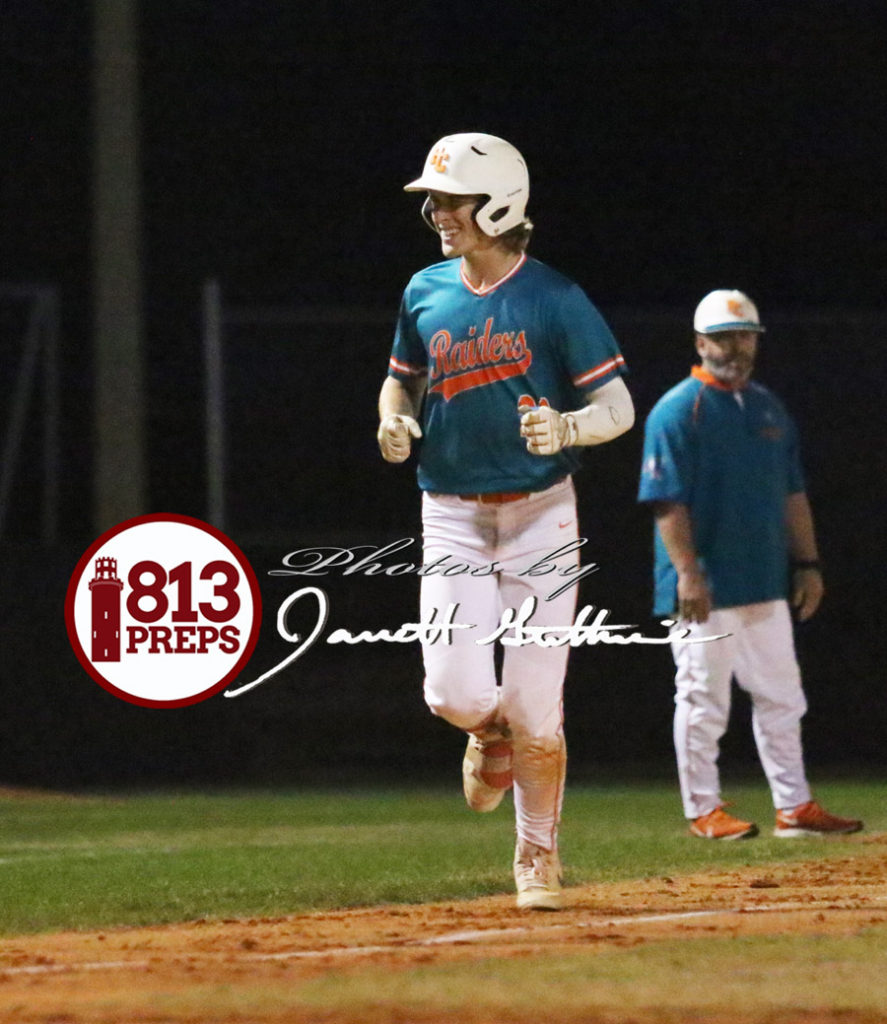 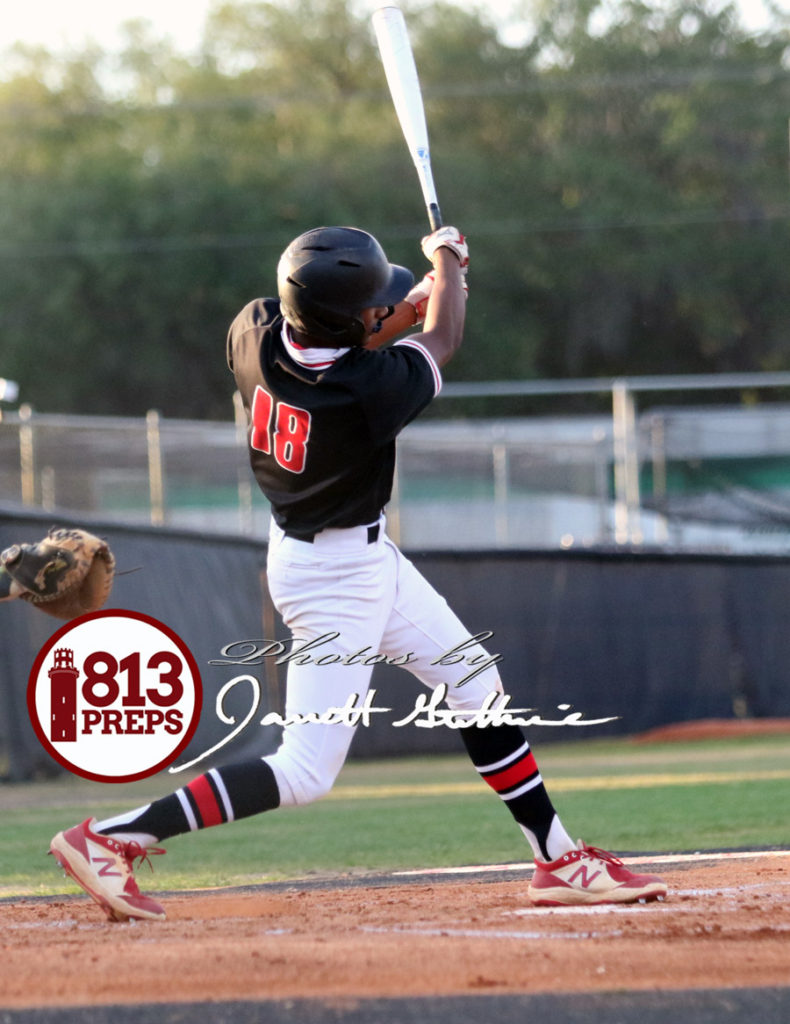 The top of the order for Strawberry Crest (13-7, 6-1 in 6A-8) got the Chargers back in it quickly in the first as Colby Fanning (2-for-4, three runs) led off with a single, Alex Mussenden (3-for-4, three runs, an RBI, and two stolen bases) bunted for a hit, and Arjun Nimmala doubled in a run, before Redner’s RBI sac fly, a run-scoring groundball by Ethan Pues, and a double from Cristian Bolt extended the lead.

Chargers senior pitcher Bryan Boully worked steadily around the first-inning unearned run, and suffered two more unearned runs in his 4 2/3 innings of work. However, the Florida Atlantic signee struck out nine and hung around long enough to earn his fourth win of the season.

Luke Richardson pitched the final 2 1/3 innings and earned the save. 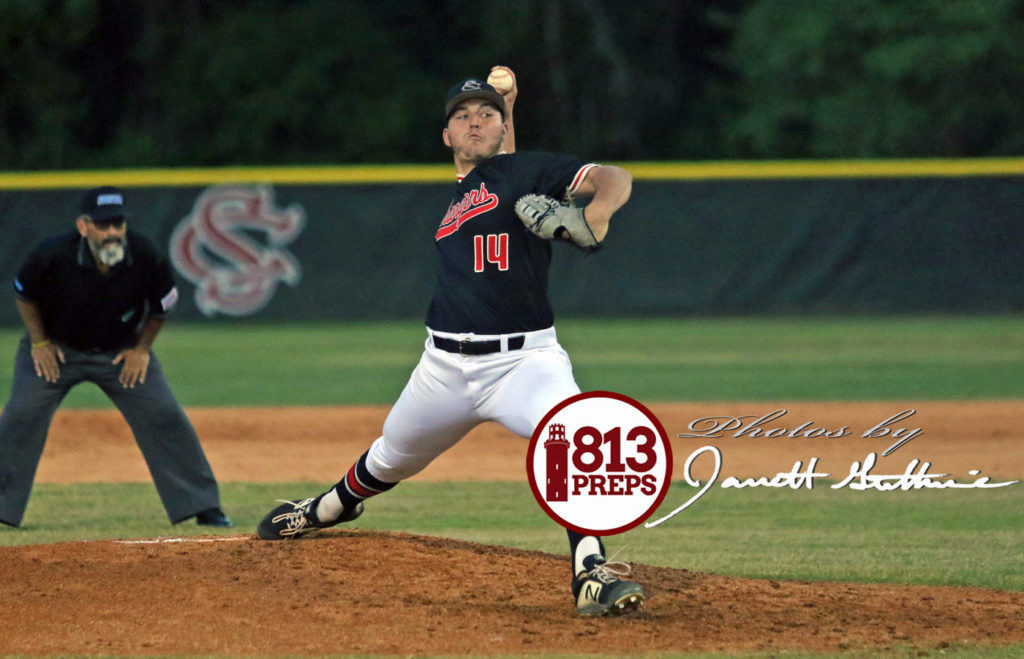 After the win, Nimmala ruminated on the importance of applying pressure the whole way, which included his run-scoring single in the fourth and RBI sac fly in the sixth (an inning which also featured an RBI double from Mussenden).

“It was very important for us to put those runs on the board in the first inning,” Nimmala said. “It set the tone, but finishing it off strong was a really good thing for us.” 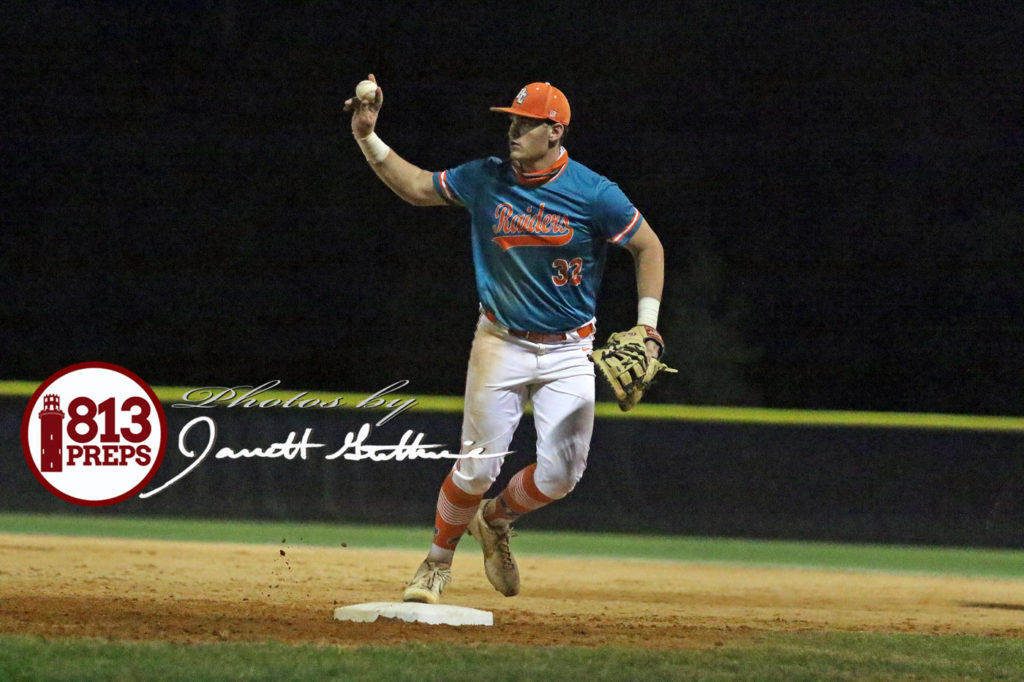