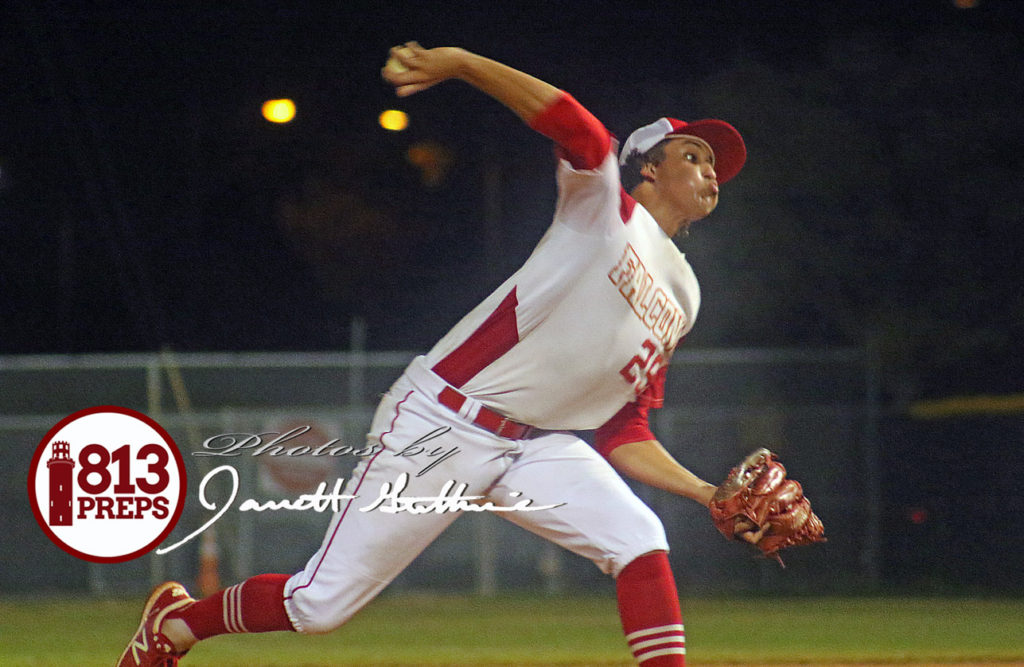 Leto sophomore Bryan Rivera was quick to point out he isn’t the Falcons No. 1 pitcher, saying it takes a little bit of the pressure off and allows him to just go out and throw when his chance comes up.

Expect those chances to come more and more frequently as the young righty toed the rubber for the second time in as many weeks and delivered his second-straight no-hitter as the Falcons defeated Tampa Bay Tech 10-0 in five innings.

“I’m not really our team’s No. 1 so every time I go out there on the mound, I just try and do my best to support my team,” Rivera said by phone Thursday night. “I want to win of course, but I’m not going out thinking, ‘throw a no-hitter,’ I’m just trying to get us outs, back in the dugout, and getting a win.”

In his previous start on the mound, Rivera struck out seven in a complete-game no-hitter against Armwood. He admitted that after the third inning on Thursday, thoughts of the possible feat started to creep into his head a bit.

“Honestly, it was in my mind a bit that I was throwing a no hitter,” Rivera said. “But I just told myself, ‘pitch like you’ve known how to pitch your whole life. Get the outs and what ever happens, happens.’

“But I definitely go out with the mentality that they are not going to hit me, and it has worked out.”

The sophomore has also spent time playing both catcher and third base for the Falcons proving invaluable to the team’s success and 12-7 record.

“Every team I’ve ever played for, I’ve always tried to give it my all,” he said. “Whatever my coach asks of me, I try to do it and do it well.”

Against Tech on Thursday, Rivera also supported his own cause going 2-for-3 at the plate, with a double, two runs scored and an RBI, while Shabazz Brumley went 3-for-4 from the leadoff spot, scoring three times, doubling in a run and stealing four bases, and Mikey Lopez was 2-for-3 with a double and stolen base.