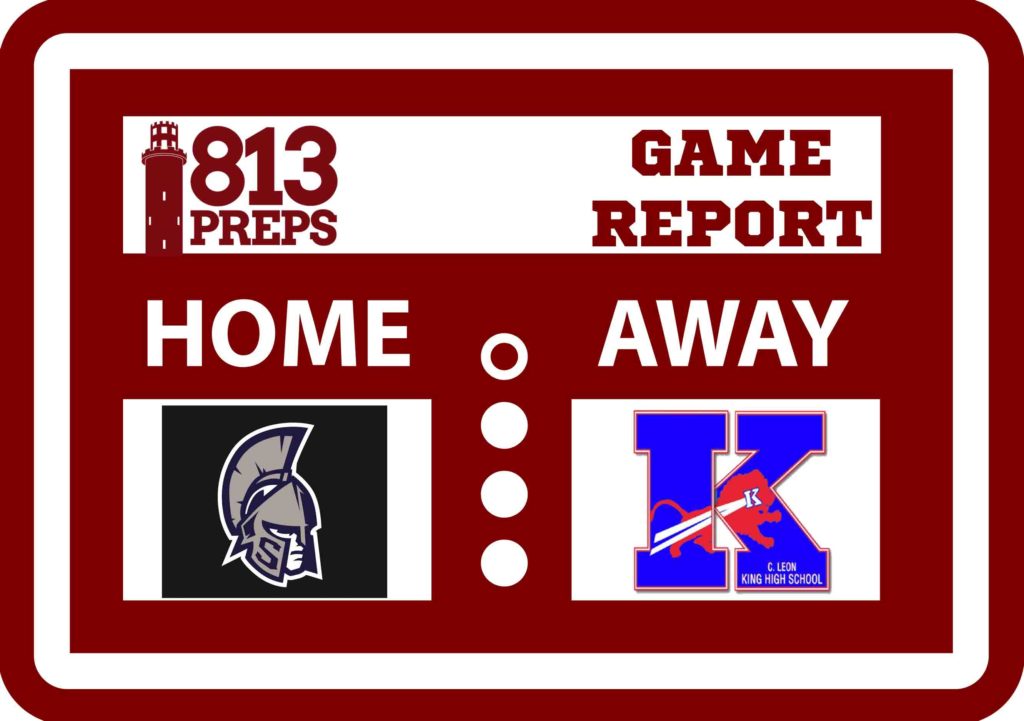 RIVERVIEW – King is beginning to make a habit of building comfortable leads against district rival Spoto, then hanging on for victories by the slimmest of margins.

On March 5, the Lions took a seven-run advantage into the sixth inning of their Tampa encounter and barely escaped with a 10-9 triumph.

“They could have easily beat us,” coach Jim Macaluso said. “It was a crazy game. It was one of those neither team deserved to win, but you’ll take the win.”

In their rematch Monday night, King led by four in the fifth and managed to take home a 5-4 decision.

Christian Cabina highlighted the latest clash by driving in three runs and scoring twice – the first on a two-run blast off Spartans right-hander Chase Wink and a theft of home in the third to make it 4-0.
David Twiddy led off the game with a base hit, and Cabina followed with his first home run of the season – a screaming liner over the left-field fence.

“Fastball,” he said. “I remember the fastball before it was inside a little bit. He threw it in kind of the same spot. I let it rip.” 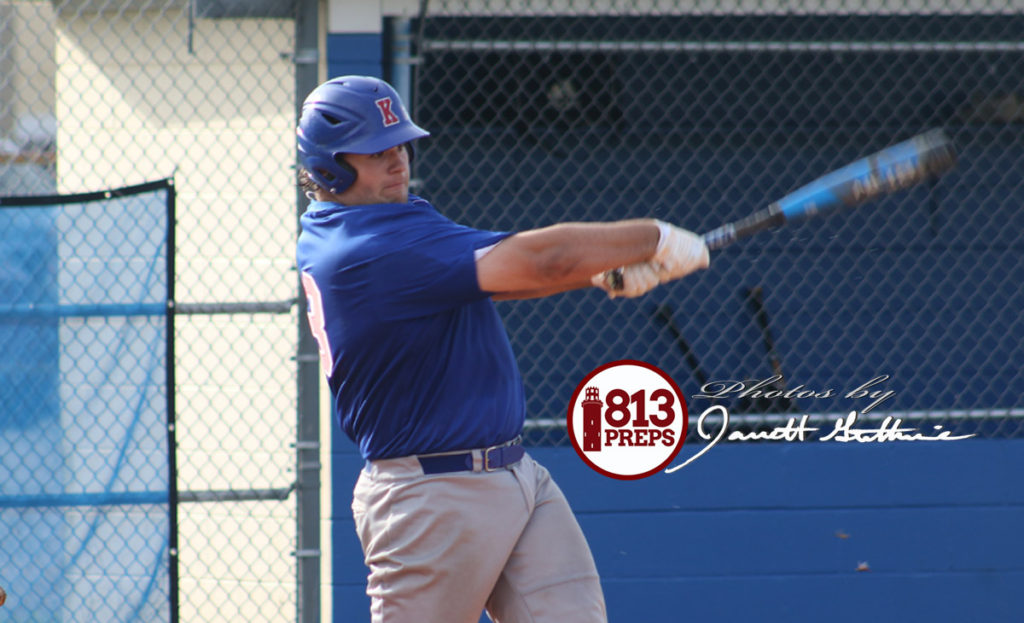 Spoto (1-15, 0-7 in Class 5A-District 8) got on the scoreboard for the first time in four games with the first of two unearned runs off King starter Jonny Davis, who allowed only four singles before his pitch count called for a change with one out and runners at the corners in the sixth.

“If we make a few plays, he might throw seven innings,” Macaluso said. “His pitch count would have been a lot better if we would have caught the ball a couple of times, but that’s high school baseball.”

Closer Austin Leever retired the only batter he faced in the inning on a flyout. Micheal Walker tagged up and scored from third when the ball was dropped at the plate, but sophomore catcher Douglas Alvarino recovered and cut down Jireh Brooks breaking for second.

Leever had two strikeouts while setting down the Spartans in order in the seventh.

“When they scored that run, I got a little bit of extra juice,” the junior right-hander said,” that little bit of fire in your belly to go out there and get the job done. You take your foot off the gas pedal for a second, any team can strike and score. Don’t play with your food.”

First-year Spoto coach Mike Boyd is not discouraged with his young team.

“We have a lot of guys that really never played baseball before playing varsity baseball this year,” he said. “We typically have four freshmen in the starting lineup.”