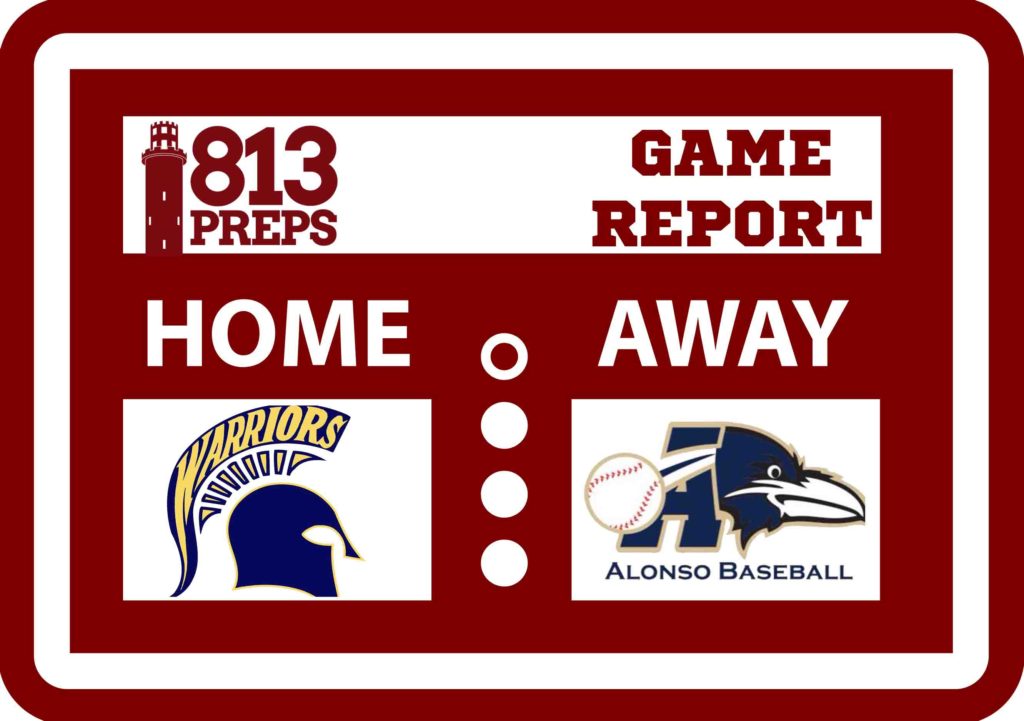 LUTZ – Tuesday’s matchup between the Alonso Ravens and Steinbrenner Warriors went much the same as the first meeting between the two teams. The game was again low-scoring, with each team relying on defense and pitching to carry through the game. The pitchers’ duel from the first matchup between Alonso’s Hector Montilla and Steinbrenner’s Joey Daniels continued into Tuesday, while both defenses again displayed the tough defensive capabilities that 7A-7 matchups seem to fall into.

Tuesday was certainly a day of déjà vu – the only difference was the winner in the end.

Another low-scoring battle this time ended with Steinbrenner coming out over the Ravens 3-1 to secure the Warriors’ fourth-straight win and fifth home victory.

It looked like another game to lose for the Ravens (11-9) as their offense got going early with a Zen Hiatt single to right field in the top of the first inning to drive in leadoff hitter Chris Morgan for the game’s first run. But the score was quickly answered by Steinbrenner (10-11) in the bottom of the second, using a well-executed hit-and-run to get runners on the corners before an error on a strikeout allowed the tying run.

The Warriors took advantage of the momentum an inning later off a bloop single from Charlie DiCampli with the bases loaded. A sacrifice fly from Andrew Burns in the following at-bat helped extend the Steinbrenner lead and eclipse their run total from the first meeting with Alonso in just three innings. 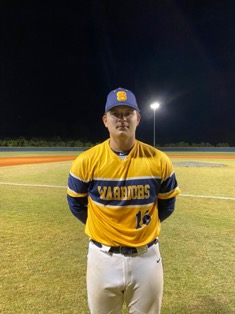 “I think the intensity was a little bit different,” Daniels said of the better offensive showing after the game. “We had quite a bit riding on this game. This was our last home game. A big district game as well against a pretty good Alonso team. And we’re just trying to make a big splash in the district.”

Daniels dueled with Montilla again on Tuesday, but it wasn’t the eye-popping numbers like it was the first time. While both pitchers did get their punchouts — Montilla’s four strikeouts outdoing Daniels’ three — they struggled to find the strike zone at times, totaling nine walks between the two. Instead, the two opted to settle in, pitch for strikes and trust the defense behind them, resulting in neither offense generating an extra-base hit in the contest.

“I have all the confidence in my defense when I’m out on the mound,” Daniels said. “I know I can throw whatever pitch wherever, and I know my catcher, my shortstop, they’re going to back me up wherever or whenever the ball is put in play.”

A pitching change by Steinbrenner in the fifth inning threatened to jumpstart the Alonso offense, which had been dormant since the first-inning score, but Aidan Dorrell’s three scoreless innings in relief were enough to help the Warriors secure the win and split the season series.

Each team has just a few games remaining on their regular-season schedule. Alonso will try to halt its three-game losing skid against Strawberry Crest on Thursday, while Steinbrenner will try to make it five-in-a-row in a matchup at Durant on Saturday.

“We have a pretty tough end of the season,” Daniels said. “We’re just going to try and string together a couple wins. Hopefully, go out on the season 6-0.”