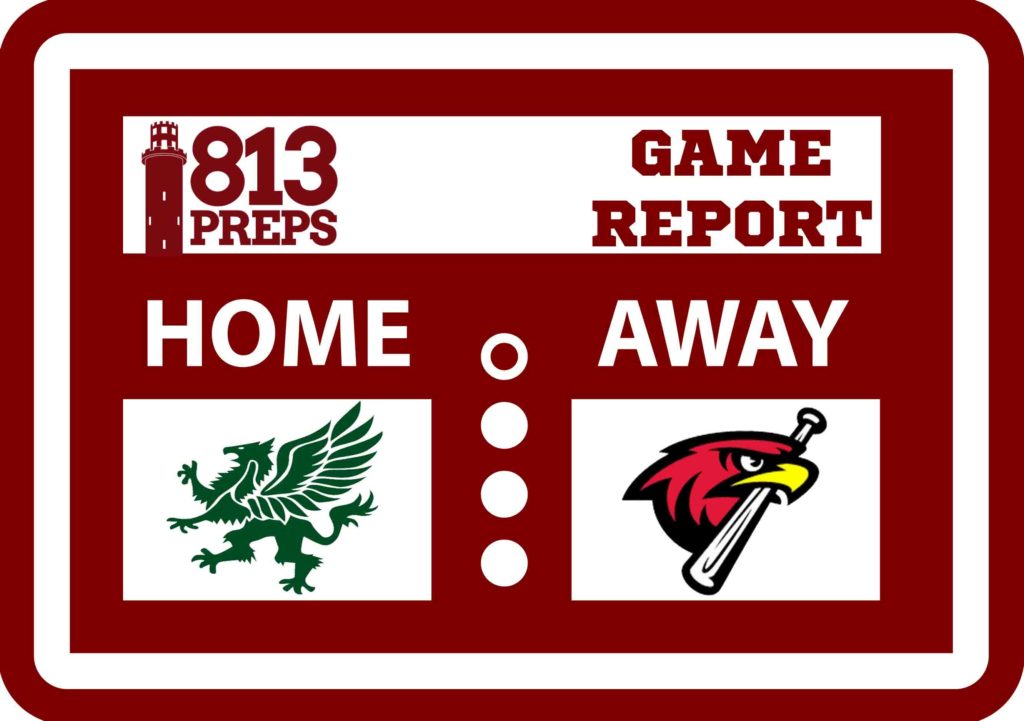 CITRUS PARK – After a torrid surge of rain to start the week, the diamond was finally dry, and the bats were hotter than the sun. With the season winding down, both the Sickles Gryphons and the Leto Falcons wanted to finish strong with a win. But only Sickles got its wish.

The Gryphons took the only 2021 matchup with Leto on Wednesday with a 7-0 shutout at Sickles High School – a game moved due to the thunderstorms earlier in the week – thanks to timely hitting and impressive defense to help give them their 14th win to end the regular season.

Sickles pitcher Holden Wade got out of an early jam in the first inning following a well-executed hit-and-run that put runners on the corners with two outs and allowing Damian Lantigua, one of Leto’s leading hitters with a .373 average this season, to step up to the plate. But Wade, undeterred, fearlessly threw strikes, leading to an inning-ending ground out from Lantigua. Wade finished his short two-inning stint allowing no runs. He was soon followed by four more pitchers — Davian Garcia, Chase Jackson, Luke Fikar and Bobby Christy — all of whom dominated in their own right to combine for nine total strikeouts in Wednesday night’s matchup.

Leto’s Christian Gonzalez wasn’t as fortunate. The Falcons’ pitcher did well to pitch to weak contact, but his defense behind him failed, allowing multiple errors in the infield and a run in the bottom of the first inning. 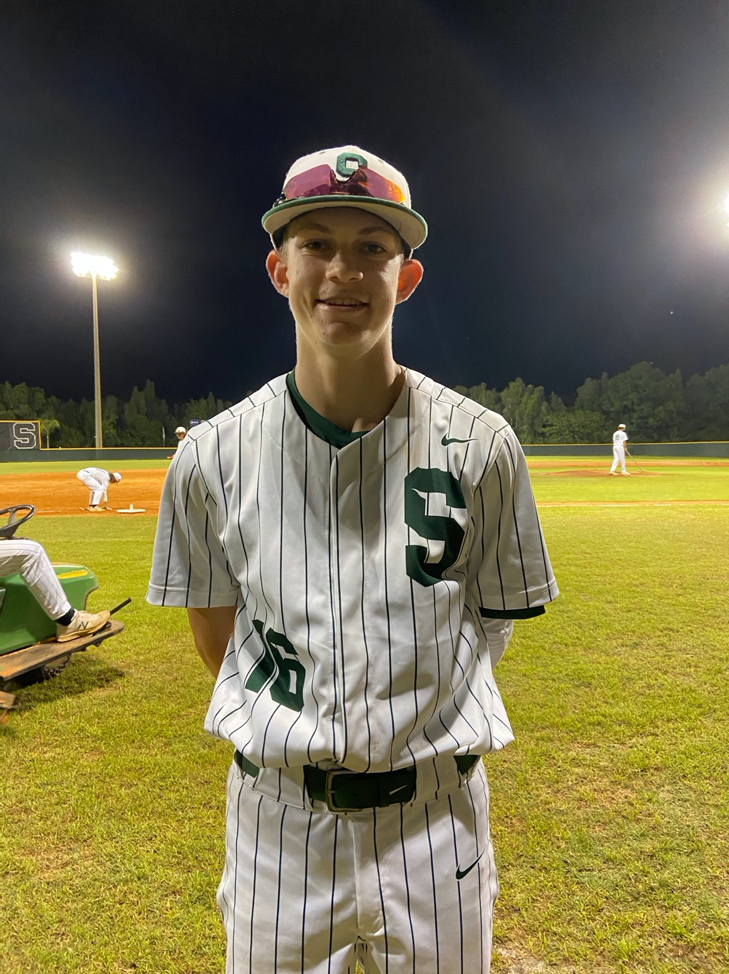 The Sickles’ defense, on the other hand, held firm even in the face of the four pitching changes. Leto wasn’t shy at the plate, aggressively going after early pitches and getting solid contact, but the Gryphons’ infield stood strong and made multiple impressive plays to keep the Falcons off the board.

Issues for Leto compounded in the second inning after another error brought in the second run of a game, followed by a hard line-drive single to right field by Yost to bring in the Gryphons’ third run of the game.

The Sickles bats stayed hot to add insurance runs in the bottom of the sixth inning, first with a double from sophomore Caden McDonald, before Yost launched a three-run home run, the first of his high school career, to make it a seven-run ball game and put the game out of reach.

3-RUN HR: @hyost20 smacks one deep to right field to extended the Sickles lead to 7-0. Yost is 3-for-4 with 4 RBIs tonight pic.twitter.com/qcNaEyNVQy

“Inside pitch. Just put a good swing on it, and luckily it got out,” the University of Florida commit said. “I was running hard out of the box and hoping it was going to get out. Luckily it did.”

The Falcons will now look to avoid a three-game losing streak to end the season against Sumner on Thursday. For the Gryphons, the experienced team now await its opponent for its first playoff game on April 28.

“We’re leaning on our seniors this year,” Yost said. “Hoping they can take us far and see if we can win a district title and maybe a state title.”