Sophomores shine as Raiders best Leto in 6A-8 semifinal 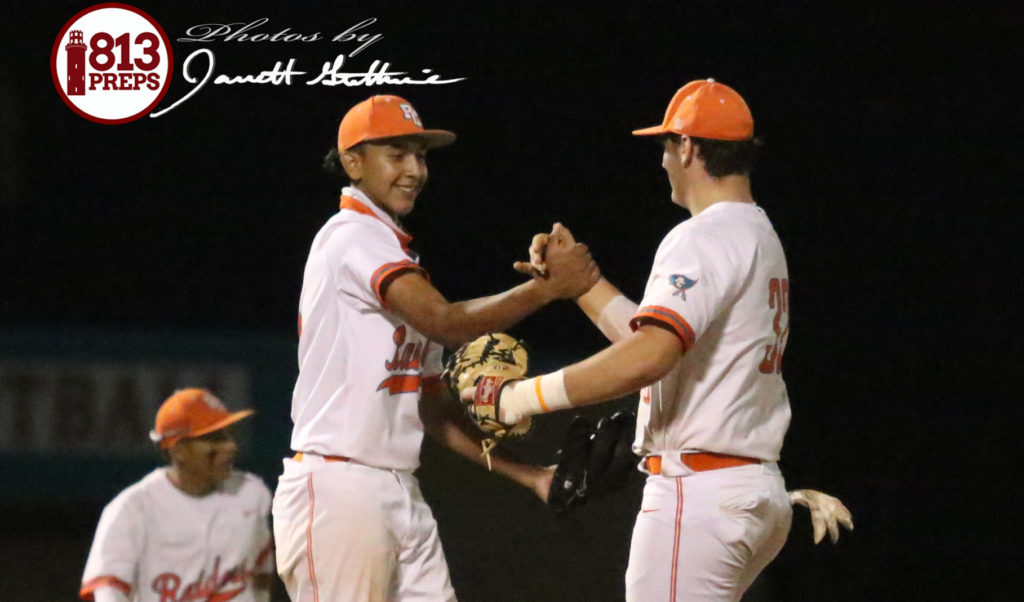 Raiders 1B Carson Mohler and P Adan Longoria celebrate after the latter ends the game with a strikeout.

*[Correction]: A correction was made to this story from the original. After reviewing our work, we failed to note a pair of singles for Leto’s RJ Gutierrez – a bunt single in the first and an infield hit in the third inning. My apologies. – JG

PLANT CITY – A promising crop of young players ushered in the 2021 season for the Raiders, mixing with a handful of seniors to help lead them, and giving Plant City a lot to look forward to in the future.

But, hey, why wait for that?

Sophomore pitcher Adan Longoria has announced himself with gusto, taking the No. 1 spot in the rotation over early in the season, and in Tuesday’s Class 6A-District 8 semifinal against Leto, the rightly showed no signs of nerves or youthful growing pains. 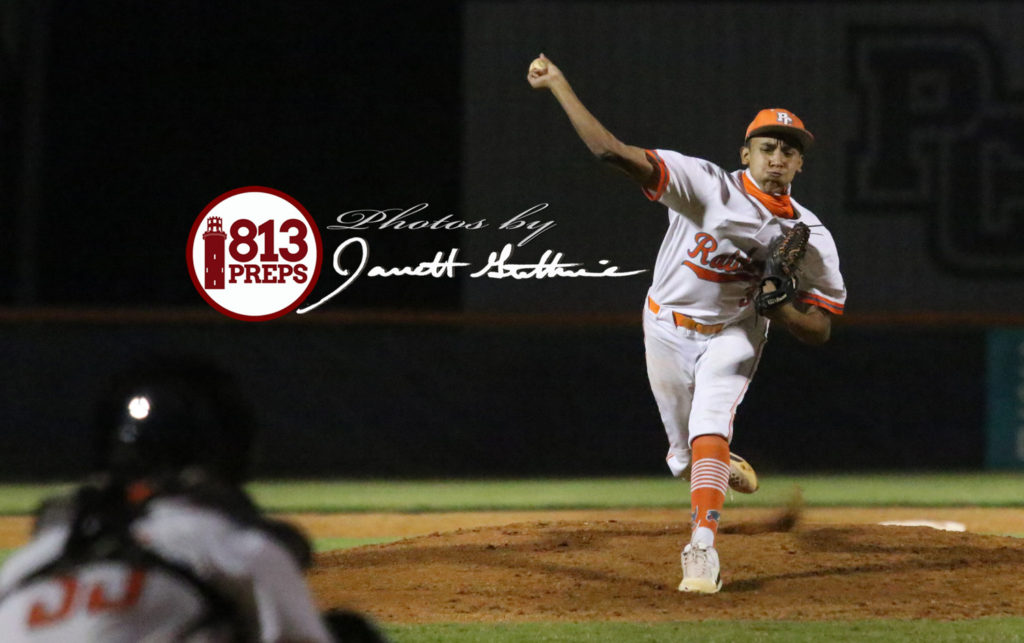 “This was a big game for someone my age, or grade, but my goal was to execute and make sure we get our seniors to the next game,” Longoria said. “When stuff started for (Leto), I had to stop it, make them quiet and not feed their momentum, and I feel I did that tonight.”

Plant City (16-8) applied pressure out of the gate. The Raiders loaded the bases in the first inning, before Jack Brosky drew a bases-loaded walk with two outs, to plate the deciding run. From there, another sophomore, Wyatt Fordham crushed a ball the opposite direction to right for a double that would clear the bases and give the Raiders more than enough to get things done. 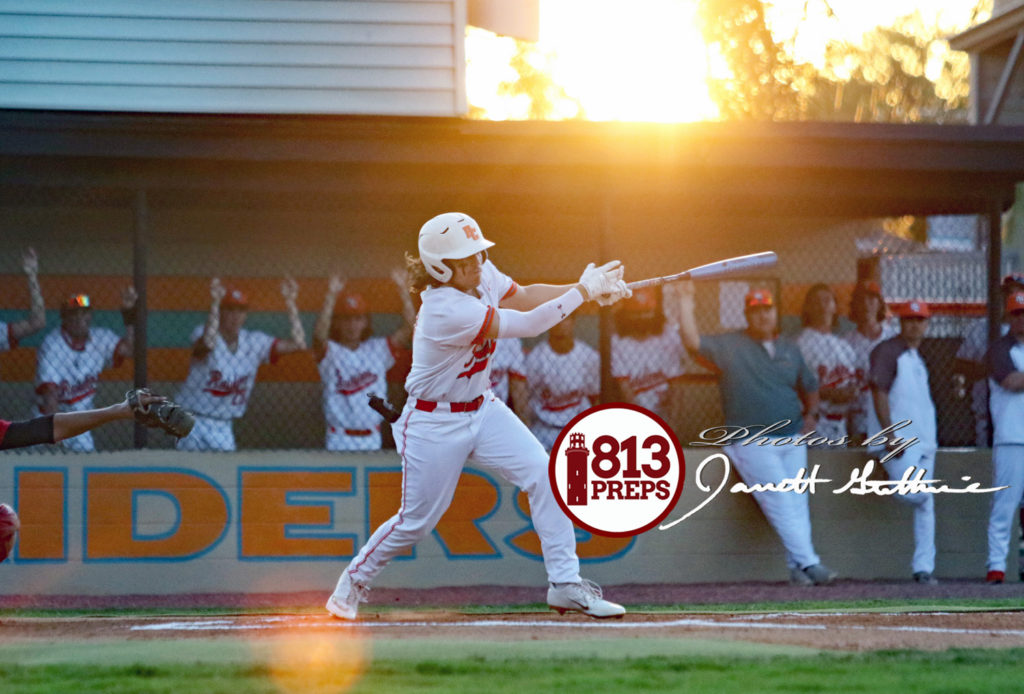 Wyatt Fordham’s sunset-double cleared the bases in the first inning.

“It feels amazing, especially with the stakes being where they are at right now,” Longoria said of the run support. “Them getting the big hits, especially Wyatt, I trust him, he’s my guy and I’ve been telling him he was due for a big hit. And tonight, he got it.”

The win marks four-straight for the Raiders, and in that stretch Fordham is 5-for-11, with six RBI.

“I’m just a sophomore, still trying to work my way up the ranks,” Fordham said. “I’ve struggled at times, but I’ve really caught fire these past four games, I’m seeing the ball really well. On (the double) I just went with the pitch and right field was a good place for it to go.”

Leto (14-10) had two runners reach scoring position in the first, only to see the first erased on a double-play turned by Raiders senior right fielder Kelein Johnson, who made a catch and throw to second to get a runner too far off; and another runner left stranded at second base in the inning. The Falcons would have runners reach second two more times in the game, but never arrive at third base.

A team that thrives on momentum, and taking advantage of extra-opportunities, the Falcons never seemed to get over a contested safe call that extended the first inning. In fact, three of the team’s five hits (singles by Shabazz Brumley, RJ Gutierrez and Damian Breton) came in the first inning, with just an infield single by Gutierrez in the third and Mikey Lopez single in the fifth was added to the hit total.

The Raiders would add an insurance run in the second as Jace Stines pushed a beautiful leadoff bunt single past the pitcher to the right side, Ryan Robinson’s sac bunt moved him to second and Johnson (2-for-4, run, three stolen bases) drove him in with a single.

Johnson said he remembered the first meeting between the two teams where the Raiders jumped out to a five-run lead, only to see the Falcons storm back for a 13-6 win. And that made adding the run the next inning a necessity in his opinion.

“The first game, we took them lightly and that was our fault,” Johnson said. “We let up on them and they are very much a momentum team, once they get that they keep going, so we had to drag it out there, keep applying (pressure), and we got the win.” 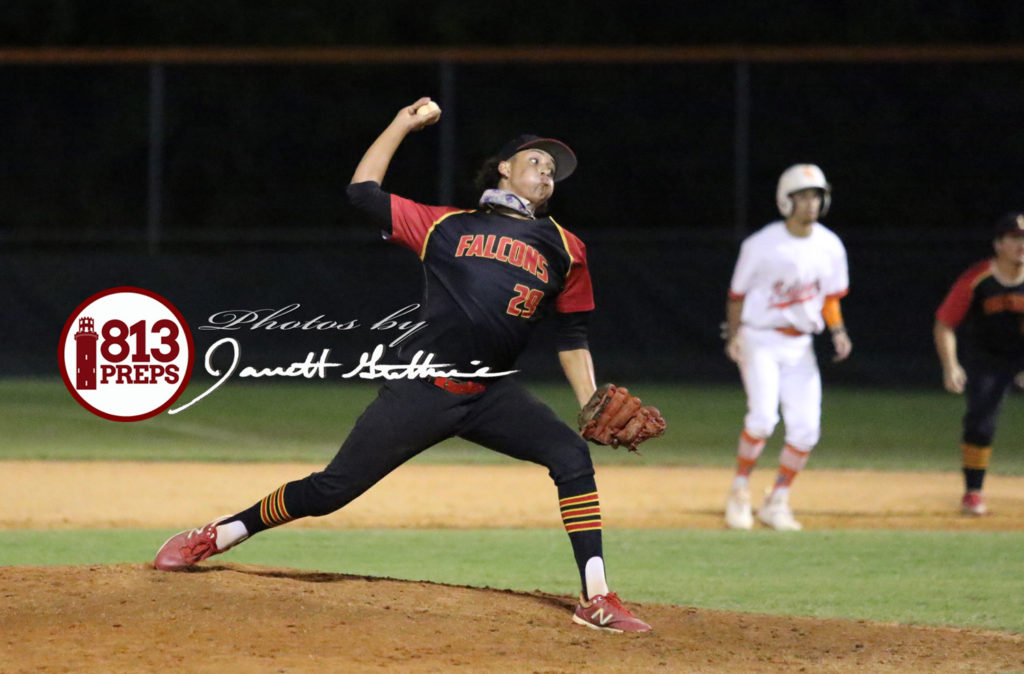 Leto sophomore Bryan Rivera moved from behind the dish to the mound with two aboard in the fifth, and pitched a pair of no-hit innings, while striking out three.

The win sets up a fourth go at 6A-8 top seed Strawberry Crest (winners 11-1 against Armwood on Tuesday) on the road on Thursday for the Raiders. In three previous meetings, the Chargers have come away with wins by a combined score of 26-6. 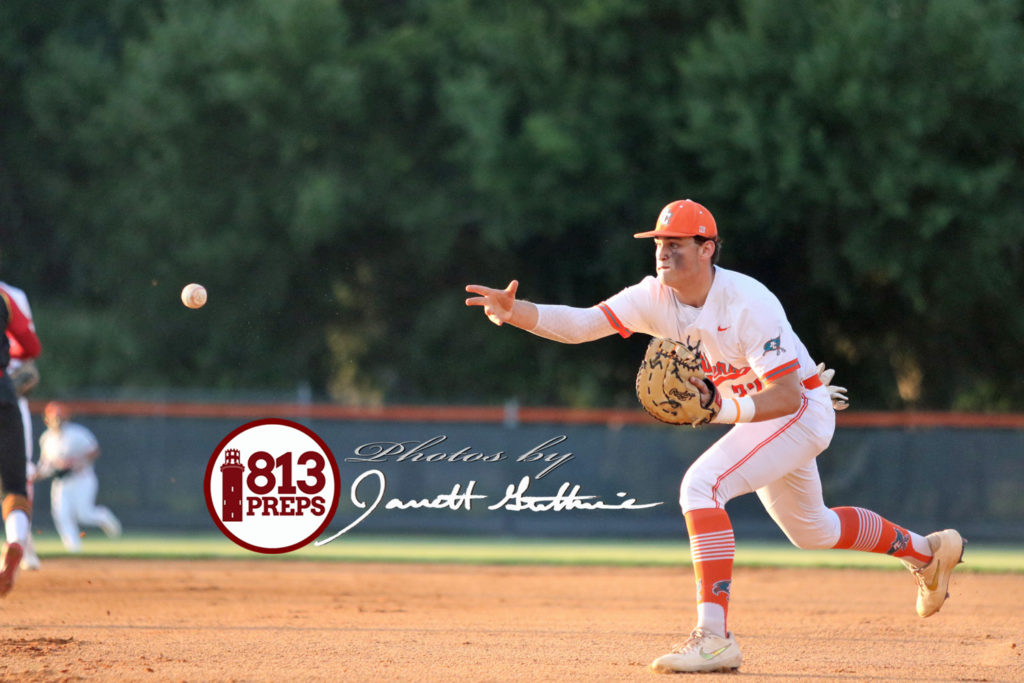 Raiders junior 1B Carson Mohler flips the ball for an out in the first inning. 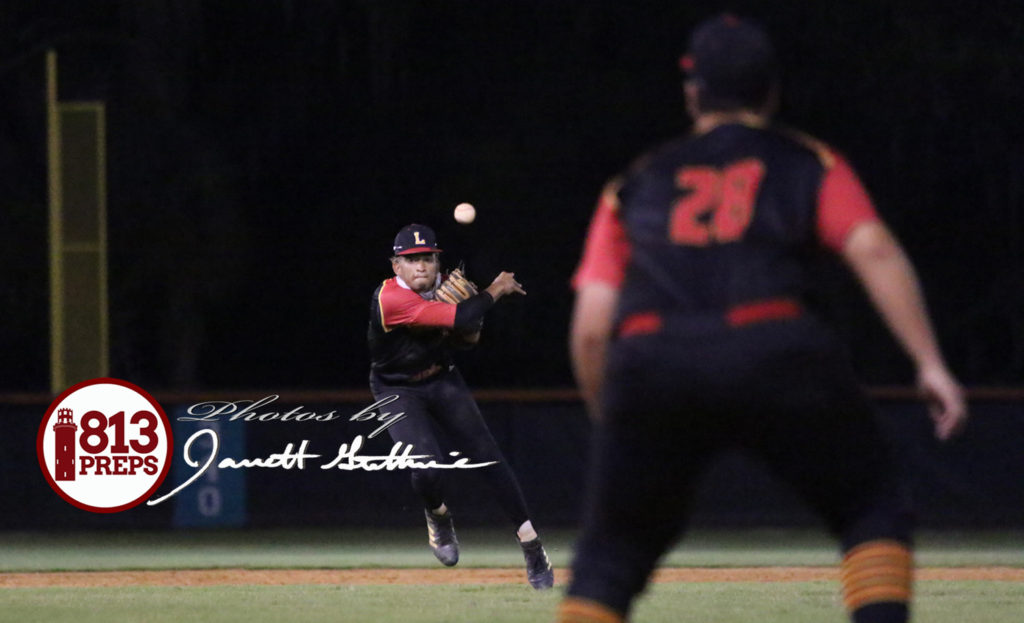 Leto senior SS RJ Gutierrez trows for an out in the sixth. 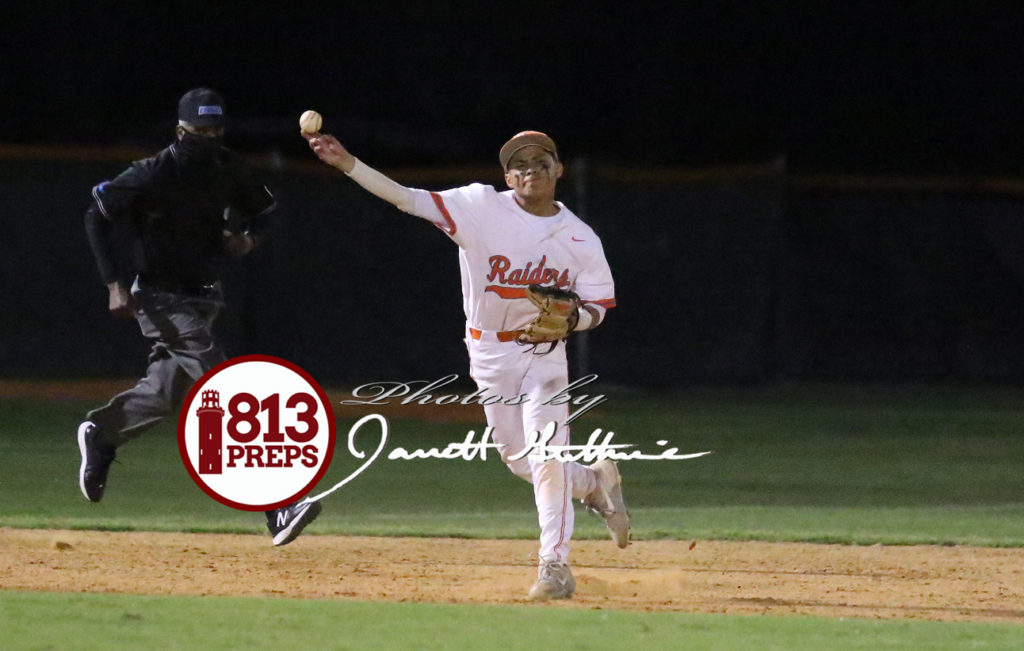 Plant City 3B Deven Gonzalez makes a throw in the fifth.