Strawberry Crest rolls past Armwood to 6A-8 title game 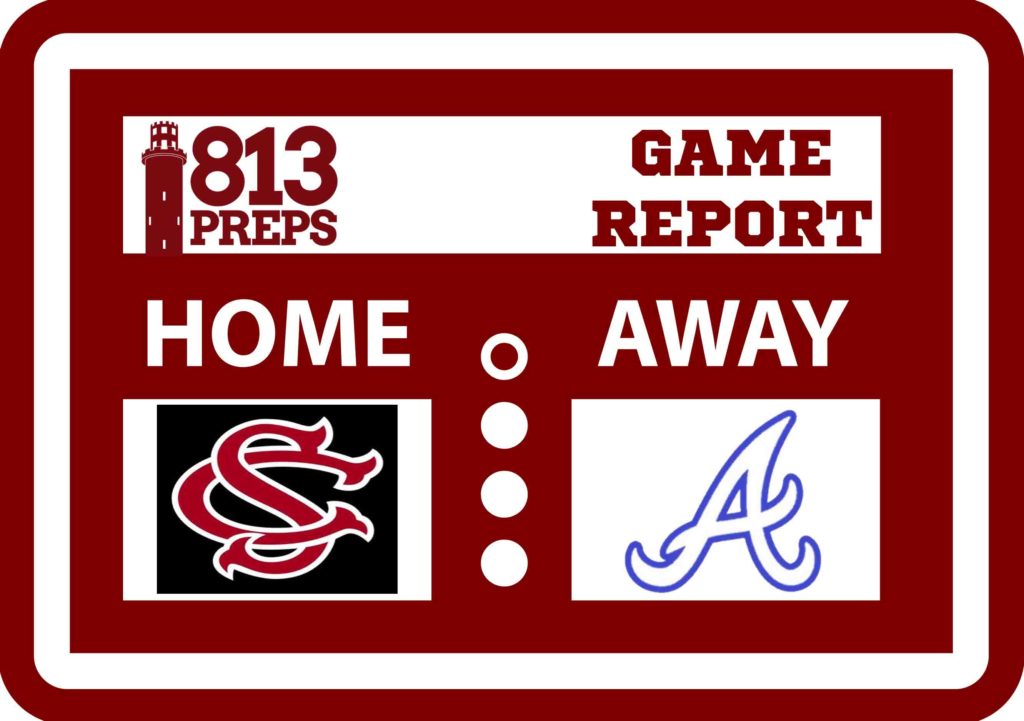 DOVER – Bobby Mondoux stood at the dugout gate and softly bade farewell to his seniors after their season ended Tuesday night. In stark contrast, the Armwood coach was pleased to have seen the last of Strawberry Crest, which treated its home crowd to an 11-1 victory at the Hawks’ expense in a Class 6A-District 8 semifinal.

The abbreviated five-inning contest was actually the longest and closest of three between the teams this season. Strawberry Crest won both regular-season matchups by at least 16 runs – the first was mercifully halted after three innings, and the rematch took only four.

Mondoux shook his head as he looked across the diamond at his nemesis.

“That team over there,” he said, “they’ve got everything you need to go on a state championship run. If I had to pick, that’s the team right there.”

Strawberry Crest erupted for seven runs in the second inning to take an 8-1 lead. The rally was no match for the 16- and 12-run innings the Chargers fashioned in the first two matchups, but it was satisfying enough for coach Eric Beattie.

“Armwood comes out and plays hard, but I would say on paper we’re probably the better team,” Beattie said. “But you’ve got to play the game, and you’ve still got to score more runs, and our bats have definitely come alive against them.”

Colby Fanning went 2-for-3 with a walk, stole three bases and scored three times to pace the offense. Arjun Nimmala, Zach Redner and J.T. Hancovsky each drove in a pair of runs.

Cristian Bolt, who scored twice Tuesday, won’t soon forget the 16-run inning in which he crossed the plate three times himself – not that he didn’t enjoy being reminded of the oddity.

“Not too many times you get the opportunity to hear that,” he said. “It feels nice.”

On the mound, Chargers starter Luke Richardson worked the first three innings for the victory. Redner and Zack Vincent each pitched in a perfect inning.

Strawberry Crest (16-9) will play host to rival Plant City (16-8), a 5-0 winner against Leto, in Thursday’s championship game. Fanning is eager for the arrival of the Raiders.