Marcos Herrand, Brandon (Staff Pick – POTW) – The Eagles senior was 6-for-7 at the plate, with two doubles, four RBI, three runs, AND struck out nine, allowing two runs in a complete-game win at Lake Gibson.

Jaiden Duarte, Jefferson – The Dragons senior went 4-for-5, with a pair of home runs, a double, and four RBI, and is currently hitting .345 on the year.

Kelein Johnson, Plant City – The senior has been a beast for the Raiders this season, posting a .408 avg, with 12 doubles – one of which he picked up last week, where he was 4-for-7, scoring three, driving in one, and stealing a bag in wins over Newsome and Robinson.

Sammy Seplowe, Alonso – The Ravens junior took over on the mound in last week’s game against Bloomingdale in the sixth, then pitched 4 2/3 innings, striking out nine and allowing two walks in Alonso’s 10thinning win. 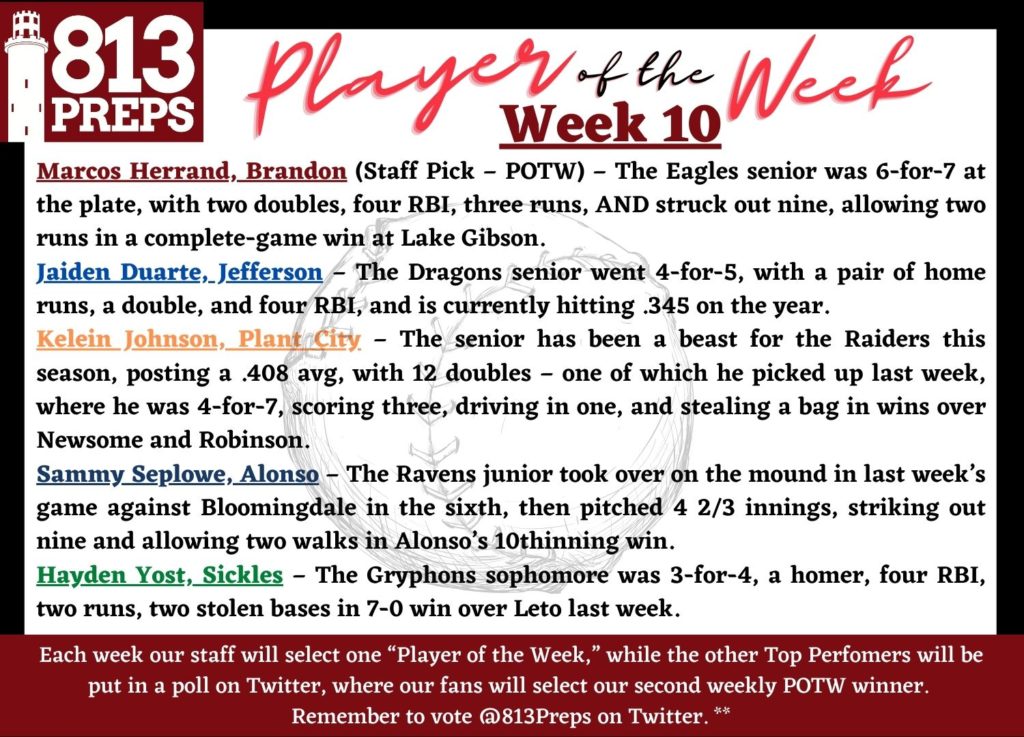