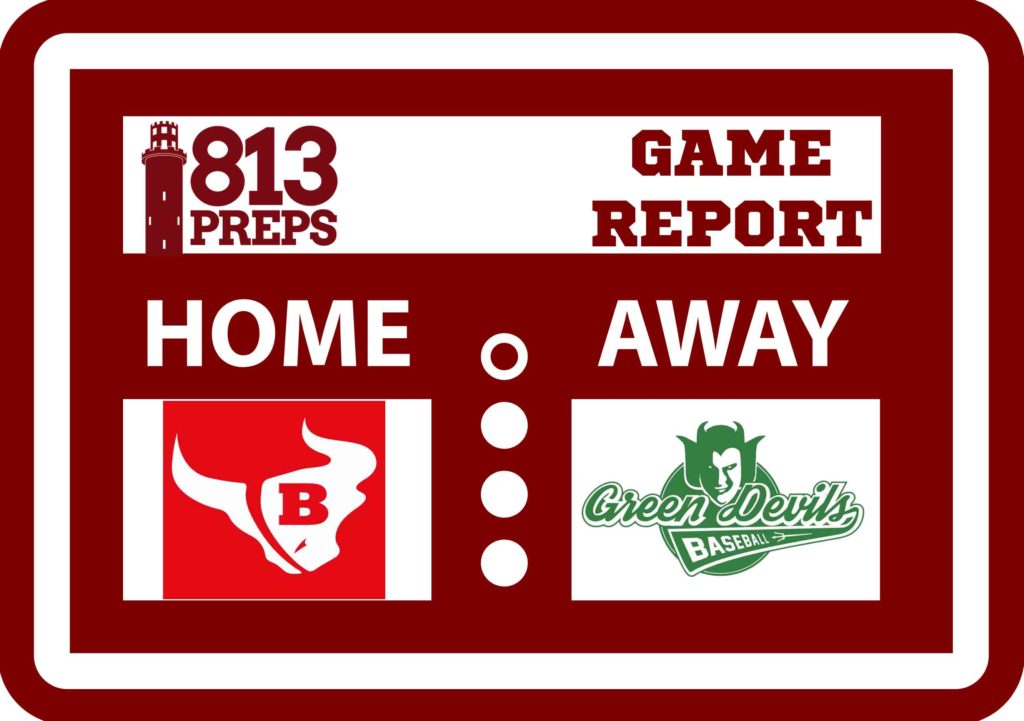 LARGO – Making a deep run in the Florida high school baseball playoffs requires more than big bats and fireballers on the mound. It requires mental toughness, resiliency, and grit.

Bloomingdale displayed all of these characteristics, scratching out a 3-2 win over a game St. Petersburg squad Wednesday night and clinching the 6A-10 district title.

Early on, it seemed that the Bulls (20-6) may overwhelm the Green Devils (14-9). Gabe Garrett and Colby Shelton rapped back-to-back singles in the first inning, and a Marlon Bowen’s sacrifice fly provided the early advantage. A groundout to end the inning stranded Shelton at third in what became a frustrating theme for Bloomingdale throughout the evening. 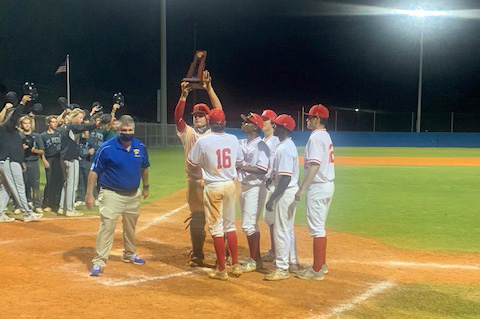 In a nice show of sportsmanship, the St. Petersburg Green Devils tip their caps to the Bloomingdale seniors as they accept the district trophy (photo by Rick Cantor).

With junior righty Jack Owens (4.1ip, two runs, six K’s) cruising early, the Bulls looked to add to their lead in the third as Drake Harman doubled to lead off the frame but was similarly stranded at third. In the fourth, Wyatt Strickland looped a double down the right field line with one out. Courtesy runner Makye Hayes came around to score when Carlos DeJesus traded places with his own double, but DeJesus was stranded on second soon after.

With the Bulls not breaking open the game, St. Pete made their move in the top of the fifth. Colin Zell recorded the first hit of the evening off Owens, a solid single to left. A pair of walks and a wild pitch followed allowing Zell to score and cut the lead in half. Trey Wilson relieved Owens entering the game with runners on second and third, and one out. Green Devils centerfielder Marcus Joseph tied the game with a sacrifice fly before Wilson got out of the inning.

In the bottom of the frame, it was time for the bulls to show their mettle. Junior Drake Harman (2-for-3) laced a one-out double, followed by an RBI single up the middle by Garrett (2-for-3).

“I wanted to stick with the approach we’ve had. Just stay back and don’t help them out,” said Harman. “We had the talk before the inning. We just had to score a run. The pitchers were doing their thing and we were confident we would get the run.” 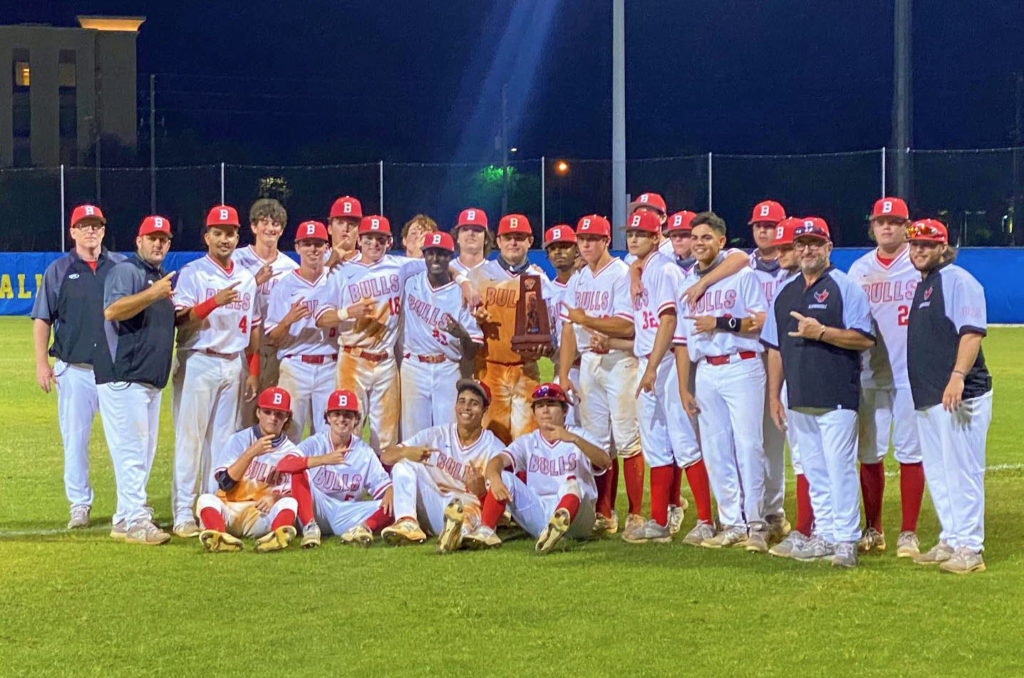 Now staked to a one-run lead, it was up to Wilson. The sophomore righty responded with a pair of scoreless, no-hit innings to seal the game and district crown for Bloomingdale.

“I knew I had to come in the game and throw strikes,” said Wilson. “Most of my pitches were working except the two-seam, so we threw that out and worked the curve. We commanded it up in the zone and low in the zone and just got the outs we needed.”

The Bulls will hots 6A-District 9 runner-up Gaither next Friday, and St. Petersburg travels to face Mitchell.

Congratulations to the @Bdalebullsbase1 team on earning the title of District Champions! 🤘 pic.twitter.com/pUEc7kRfUl