Wharton takes care of business in semifinal win over Alonso 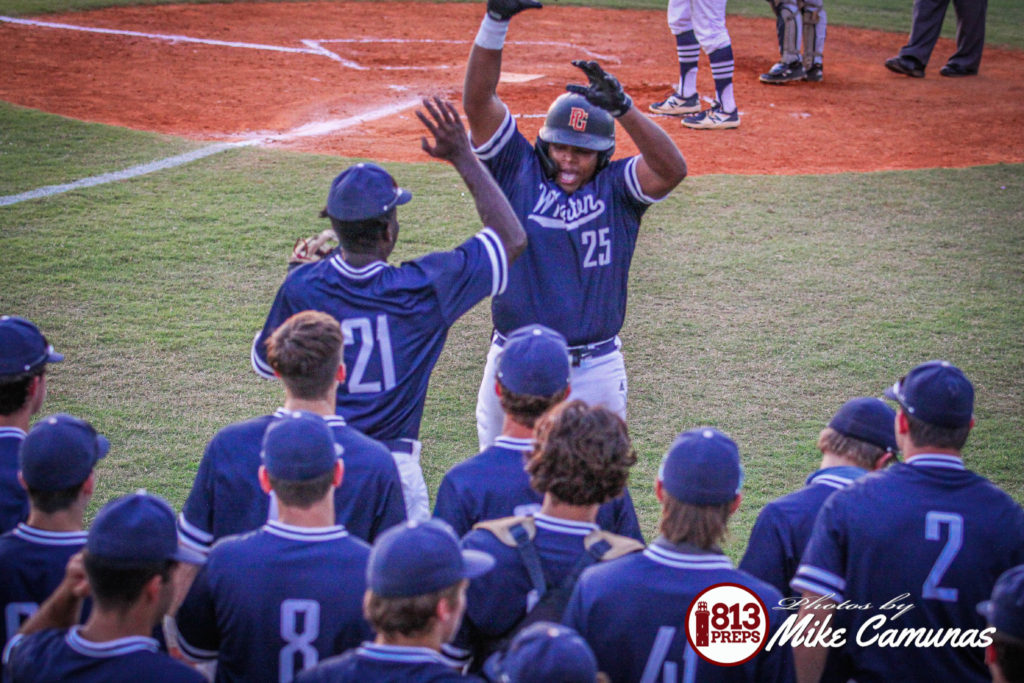 Junior Elijah Dukes is met midway to the dugout after his solo home run in Wednesday’s 7A-7 semifinal win.

While being the WILDcats, Wharton’s baseball team is anything but, as it always goes about its business with very little surprises.

Yet, despite dispatching Alonso 6-2 in the 7A-7 district semifinal to set up the Wildcats hosting district foe Sickles in the championship game Friday evening, Wharton knows there’s unfinished business at hand.

“And a successful season, too,” said Wharton coach Scott Hoffman, who, in his 18th season with the program, has the Wildcats sitting at 20-4. “But it’s unfinished business because we didn’t get to finish (the 2020) season (because of (COVID). And you want to win the district championship. We’re playing well and we just hope to keep doing that moving forward.”

Before moving forward, Wharton, sitting on a bye round as the top-seeded team in 7A-7, needed to take care of business Wednesday and, after the first inning, was in control the entire game.

That’s because Hoffman and company turned to junior ace Ryan Fry, who would, oh, ho hum, do what he does best: throw an efficient, 91-pitch, complete-game three hitter, struck out nine, allowing two runs and a walk and kept the Ravens’ bats practically silent. 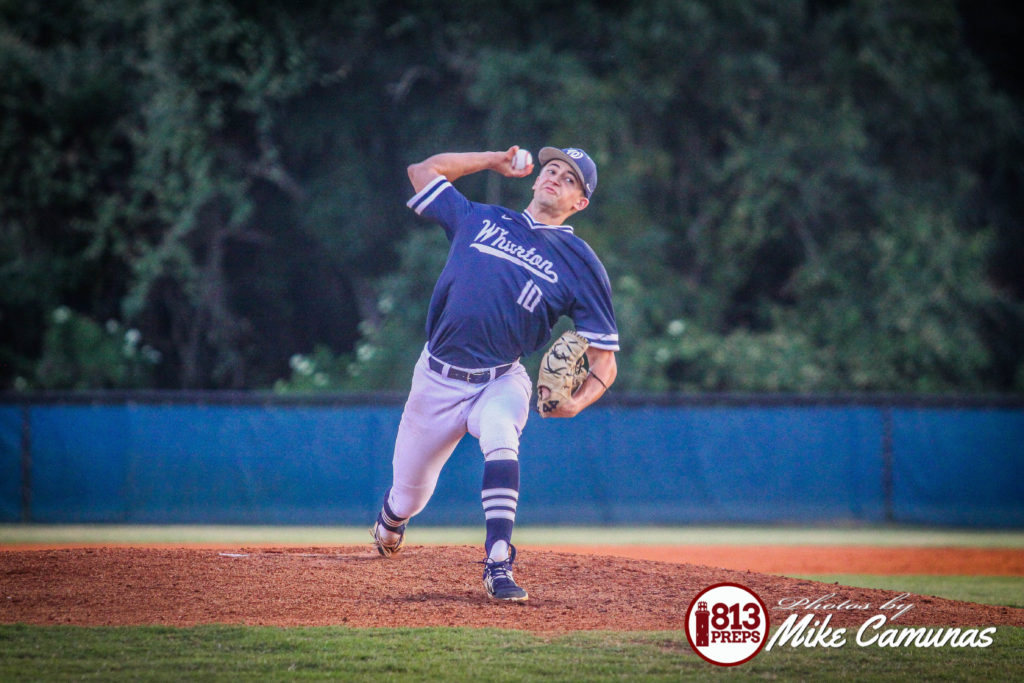 Wharton junior Ryan Fry struck out nine in his win on the mound.

“I threw my slider a lot tonight and for the first time in game,” the 6-foot-3 righty said, “and I didn’t throw my curveball at all tonight. Just felt really good all game with my location.”

“He did what he normally does,” Hoffman added, “and goes out in big games and gets it done with his pitches.”

Postgame interview with @Whartonbaseball’s @RyanFry_ following his complete-game, 9K performance in the Wildcats’ 6-2 win over Alonso to advance to the 7A-7 district championship @813Preps pic.twitter.com/J29YzEpibh

Alonso (14-10) did grab a quick run from him early in the game as sophomore Christopher Morgan led off with a double and then would score on a sac fly and then a balk by Fry.

But Wharton would come right back to take the lead in the bottom of the first thanks to Dylan McDonald scoring on a wild pitch and Billy Eich driving home Zach Ehrhard on a sac fly. 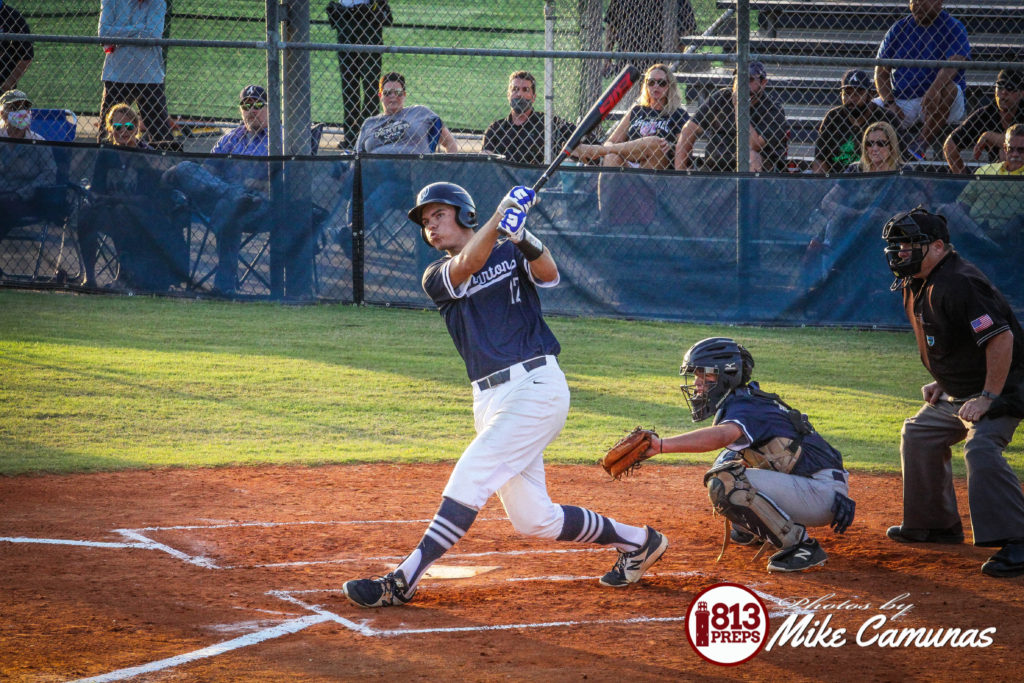 Wharton’s Billy Eich had an RBI sac fly for the Wildcats.

Thanks to the run support, Fry would settle into a groove, but got more comfortable after junior outfielder Elijah Dukes sent his team-high fifth homer of the season over the right-field wall in the third.

“That really helped — really sparked us,” Hoffman said, “and (Fry) then felt that if he gave us another run, it would be okay and not be the end of the world, but that he and I still had faith in our guys to have his back.”

Postgame interview with @Whartonbaseball coach Scott Hoffman following the Wildcats 6-2 win over Alonso to advance to the 7A-7 district championship @813Preps pic.twitter.com/djFqBSRZWg

Alonso wouldn’t quit, as senior first baseman Zen Hiatt would homer the very next inning to trim Wharton’s lead to 3-2. Hiatt finishes with Alonso’s single-season record for slugging percentage (.906), OPS (1.441) and batting average: his .467 tops Tyler Ding’s .463 from 2009. Hiatt capped his final season with a team-high eight homers, just one shy of tying the single-season record set by the late, great Jose Fernandez, who had nine in 2011. 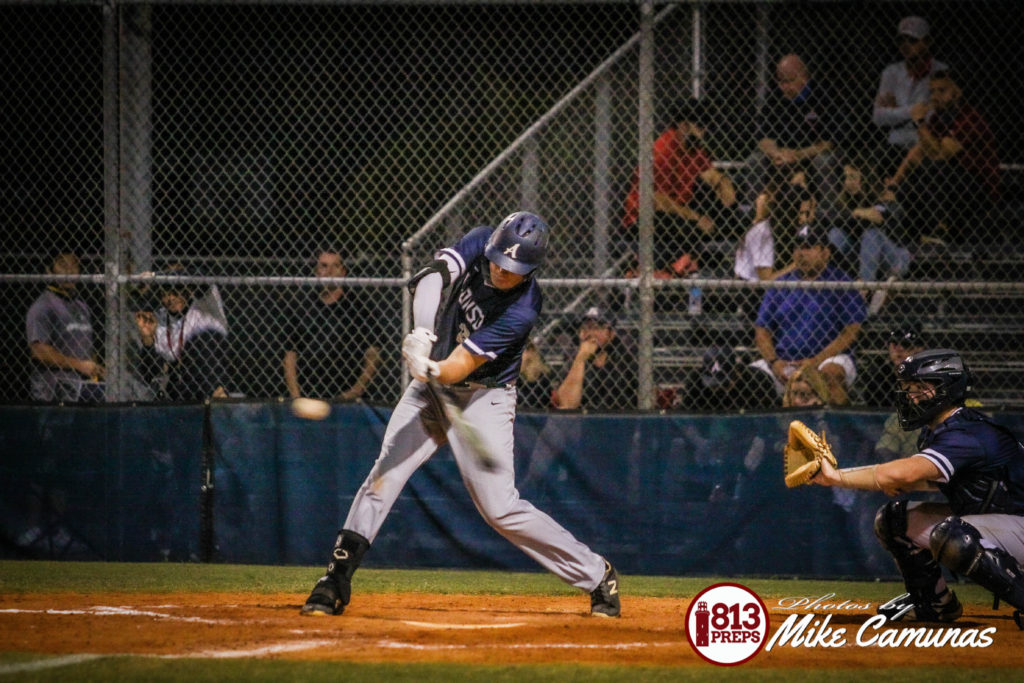 Though Wharton would respond with a three-run fourth, as David Limbach picked up an RBI walk, Alonso’s Sammy Seplowe, who would strike out four in 2 2/3 IP,  would balk home a run and Dukes would drive in his second RBI of the game.

Now, the Wildcats have earned a third meeting with the Gryphons, as the two split the season series and combined to score just four runs in two games.

“Sickles is a great team,” Hoffman said. “We know that. (Alonso is) a great team, too! We know that, too, and so does everyone else, but that’s what you get playing in our district.”

* Alonso historian and fan Joey Johnston contributed to this report. 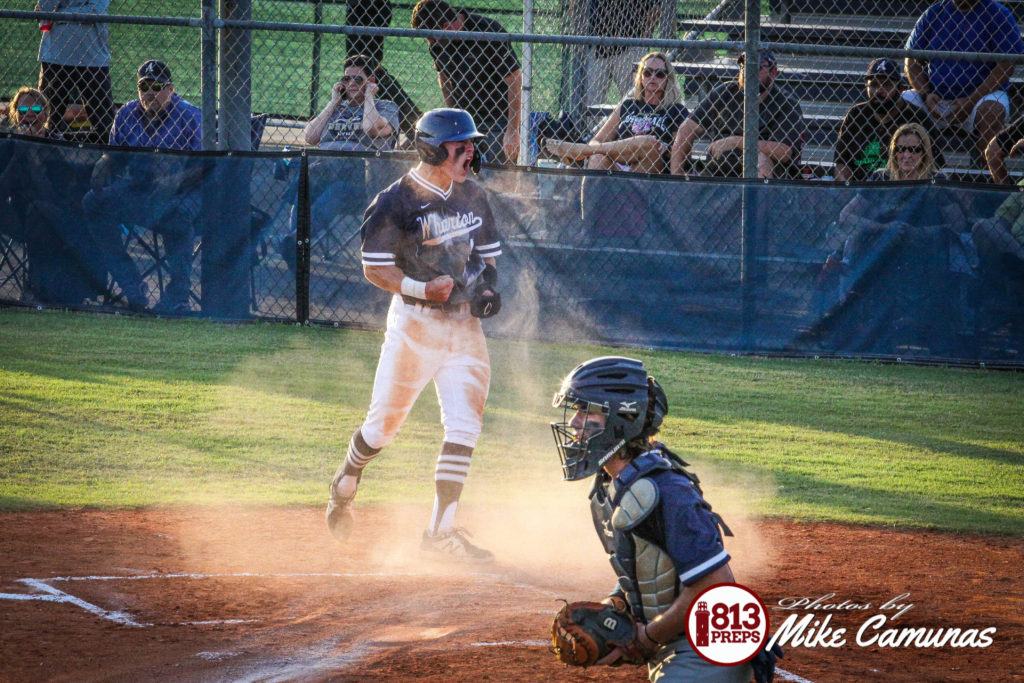 Wildcats senior Zach Ehrhard celebrates his run in the first. 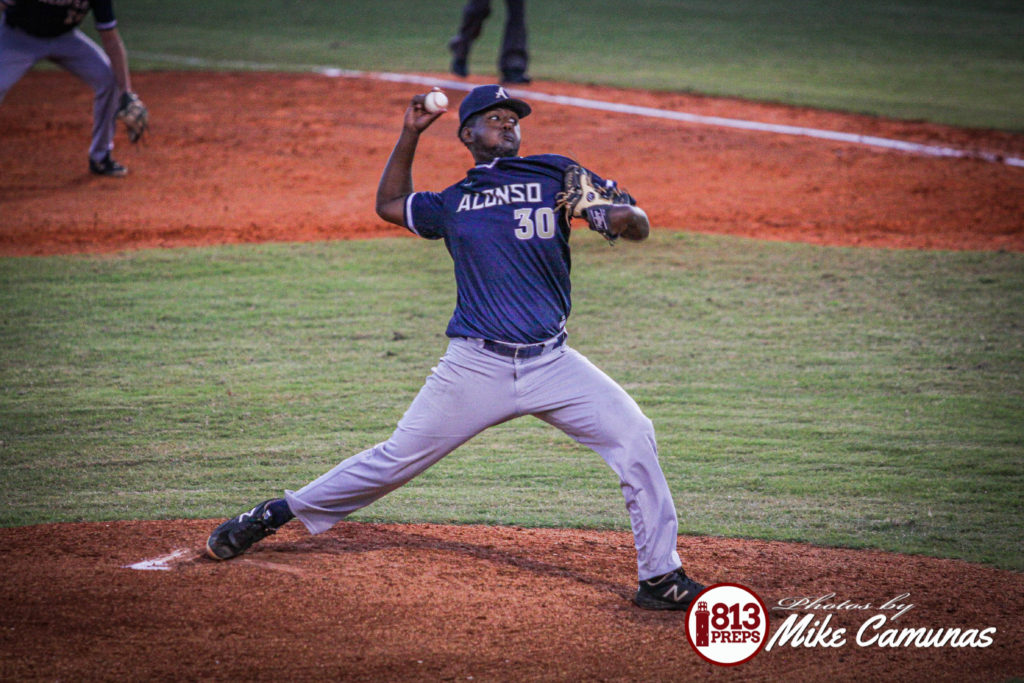 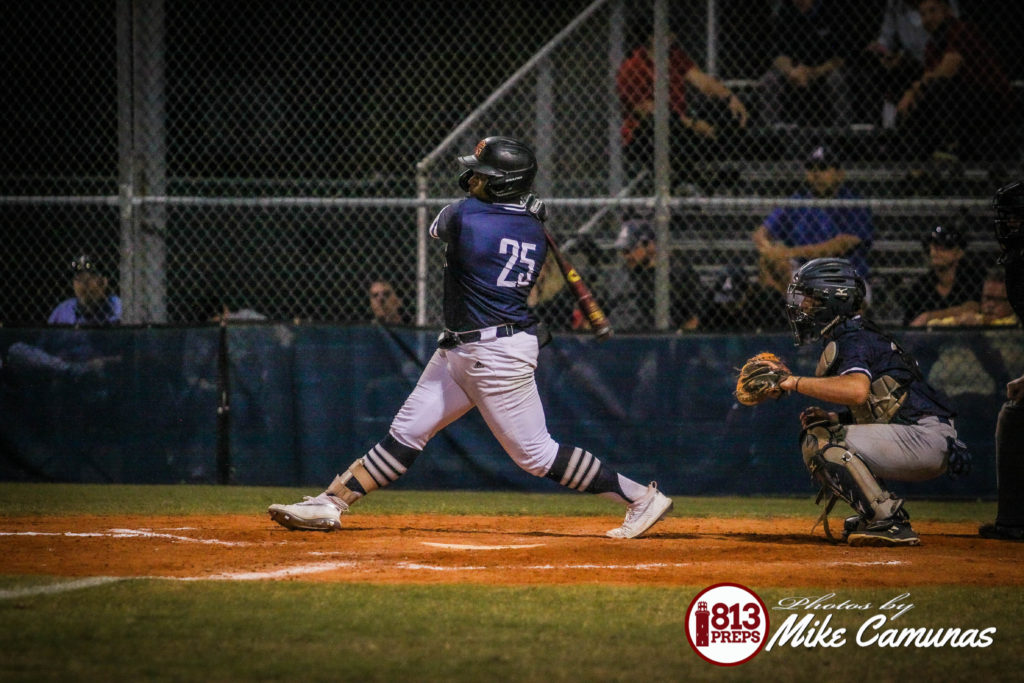 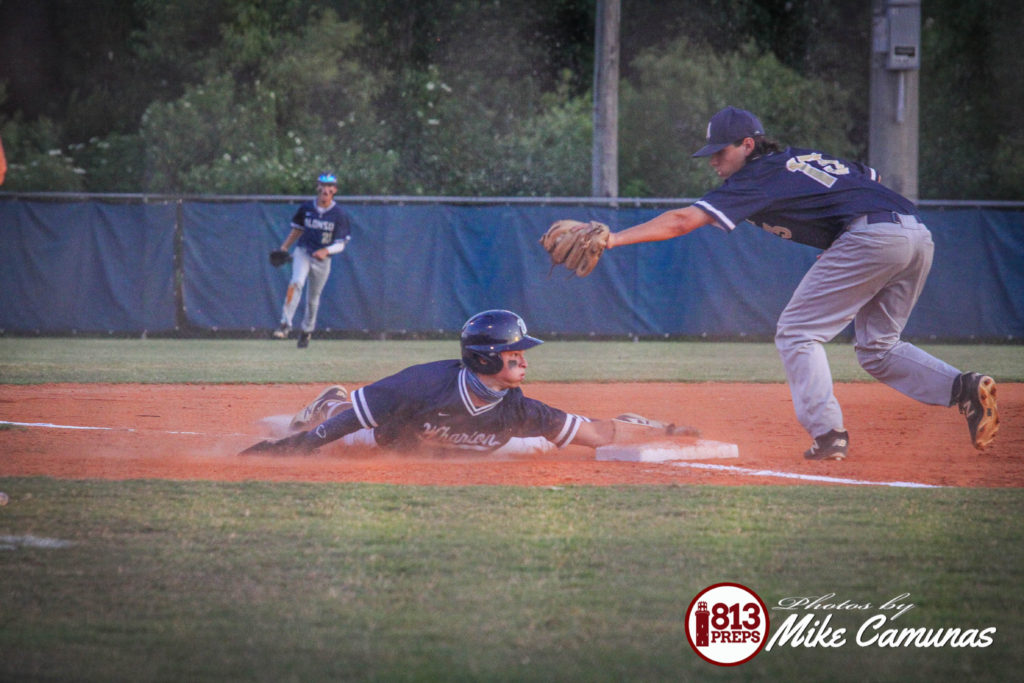 Senior Dylan McDonald scored twice and stole a base for the Wildcats. 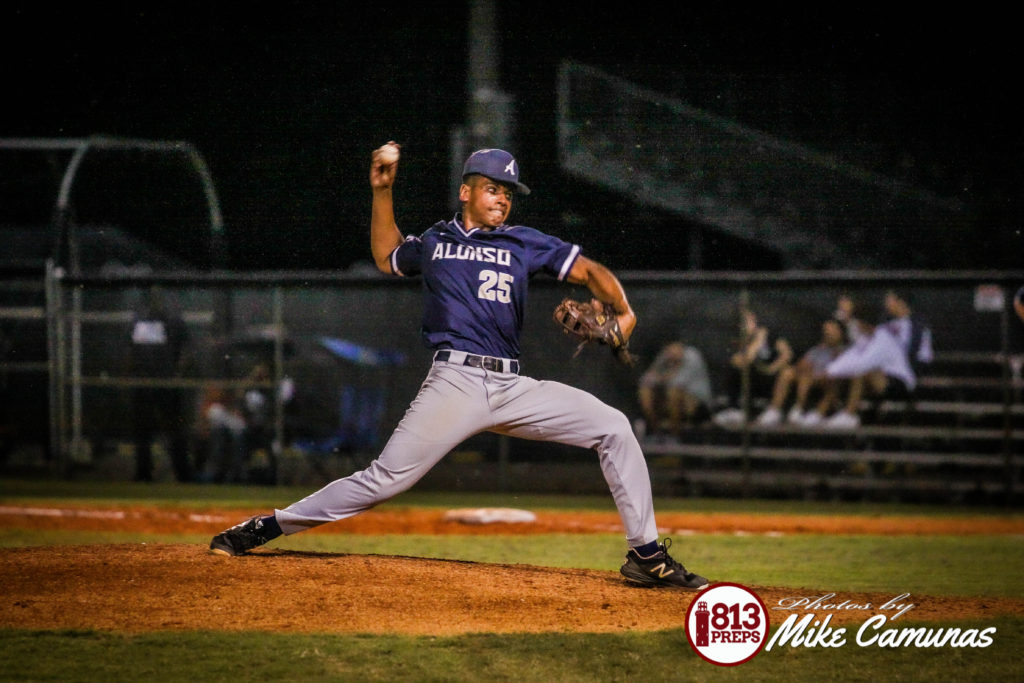 Ravens reliever Sammy Seplowe struck out for in 2 2/3 innings. 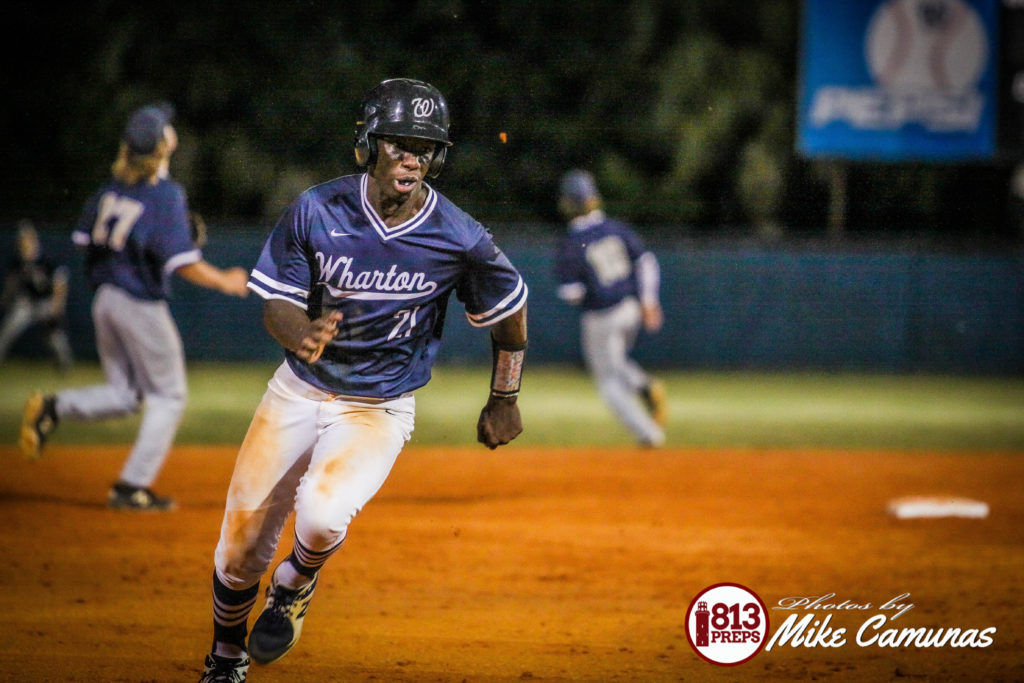 Wildcats senior Tyson Sutton is on the move. Sutton was 2-for-2 with a double in the win.