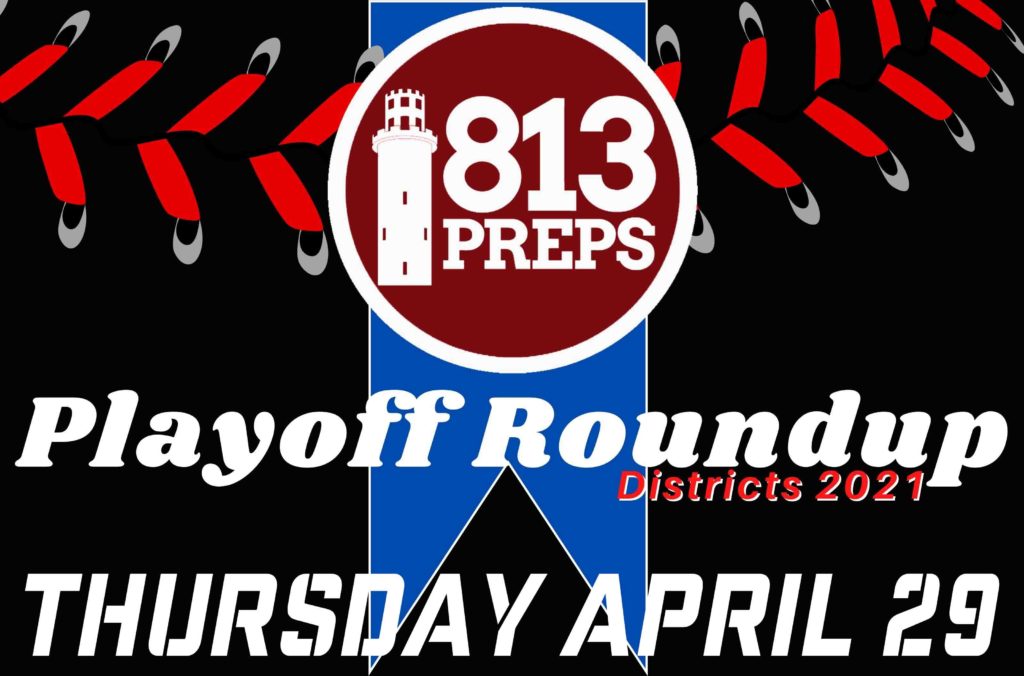 Lakeland Christian’s Ty Evans hit the first of his three doubles, and drove in a pair in the first inning and the Vikings never looked back, winning its 25th game and claiming the 3A-7 crown at Tampa Prep. Senior Sawyer Toney pitched the five-inning win, striking out six and yielding just a Jaden Sheffield double to the Terrapins hitters. Tampa Prep travels to face the winner of tomorrow’s 3A-8 final between Calvary Christian and Berkeley Prep.

A first-inning passed ball and wild pitch allowed two Bloodhound runs and Auburndale never let up, claiming the 5A-8 by defeating Brandon. Zaylen Perry was 2-for-3 with a double and two RBI, and Cole Quintanella went 2-for-3, scoring twice for Auburndale, while Zack Dwyer earned the win with six innings pitched, allowing one run. Brandon senior Marcos Herrand walked and scored on an error in the fifth. The Eagles travel to Jesuit next Jesuit next Thursday, while the Bloodhounds host Jefferson.

Senior James Hill struck out seven in a complete-game win, as Mitchell took advantage of four Gaither errors and some pitching miscues, including scoring four runs on a dropped third strike and a wild pitch in the fourth inning. Gaither got on the board first on a Frank Perez RBI single and AJ Graham’s RBI double in the sixth scored CJ Hanson (2-for-3, double, two runs). Gaither will travel to Bloomingdale next Friday.

(All games scheduled for 7pm first pitch)
3A-8 Final: Calvary Christian at Berkeley Prep
7A-7 Final: Sickles at Wharton
7A-8 Final: Durant at Sarasota Riverview