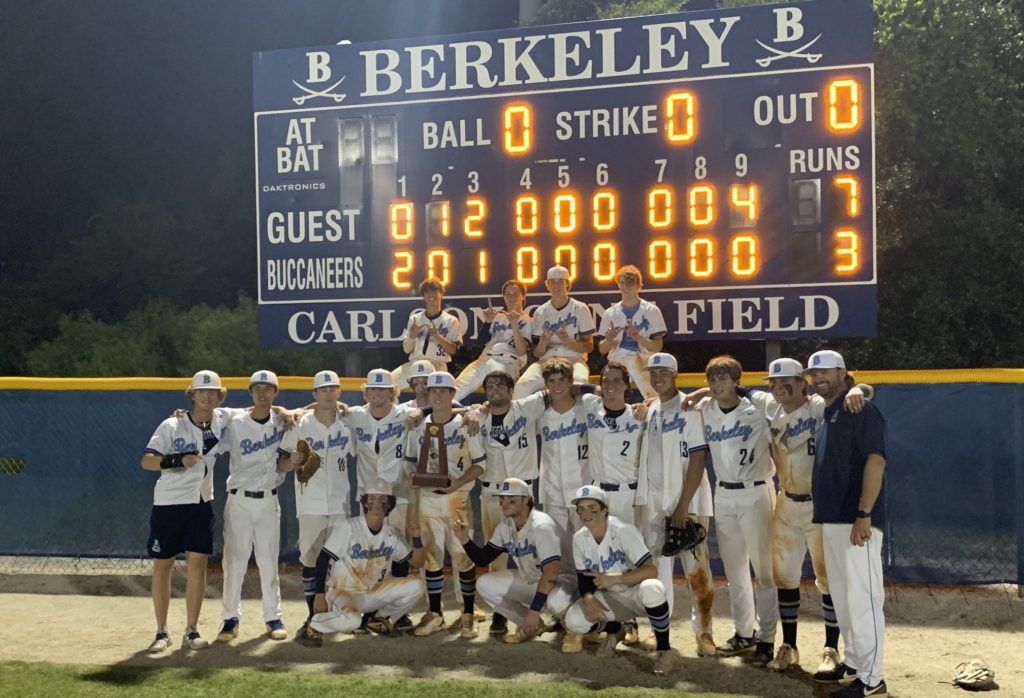 TAMPA – Friday night’s 3A-District 8 final matchup between Calvary Christian and Berkeley Prep could not have had a better setup.

A grudge match between a pair of budding rivals from each side of Tampa Bay, both with more than 20 wins and aspirations of making a state title run, a perfect 77-degree Tampa evening at Carlson-Cone Field, a packed house of supportive parents with a raucous student sections trading mostly good-natured barbs. Add in numerous college commits, and a pair of outstanding coaches in Calvary’s Greg Olsen and Berkeley’s Richie Warren.

Would the game live up to the hype?

The answer was yes. And then some.

After an evenly matched contest for the first eight innings, the Buccaneers took advantage of a Warrior error in the top of the ninth kicking off a four run rally, which saw Berkeley Prep claim the 7-3 victory and the district crown.

Early on it appeared that Calvary Christian (20-7) aspired to duplicate the first matchup between the teams on March 12, a 10-0 Warriors’ victory. Jackson Unice and Milex Curley (3-for-4, two RBI) rapped back-to-back, run-scoring hits off Berkeley Prep starter J.T. Quinn for a quick two-run lead.

Unlike the duos first game this season, the Buccaneers would not be held hitless, answering back in the top of the second when sophomore switch-hitter James Hankerson launched an opposite-field home run to cut the score in half.

“The momentum was in their dugout at that time,” said Hankerson. “I was just trying to hit the ball hard and I glad I was able to deliver.” 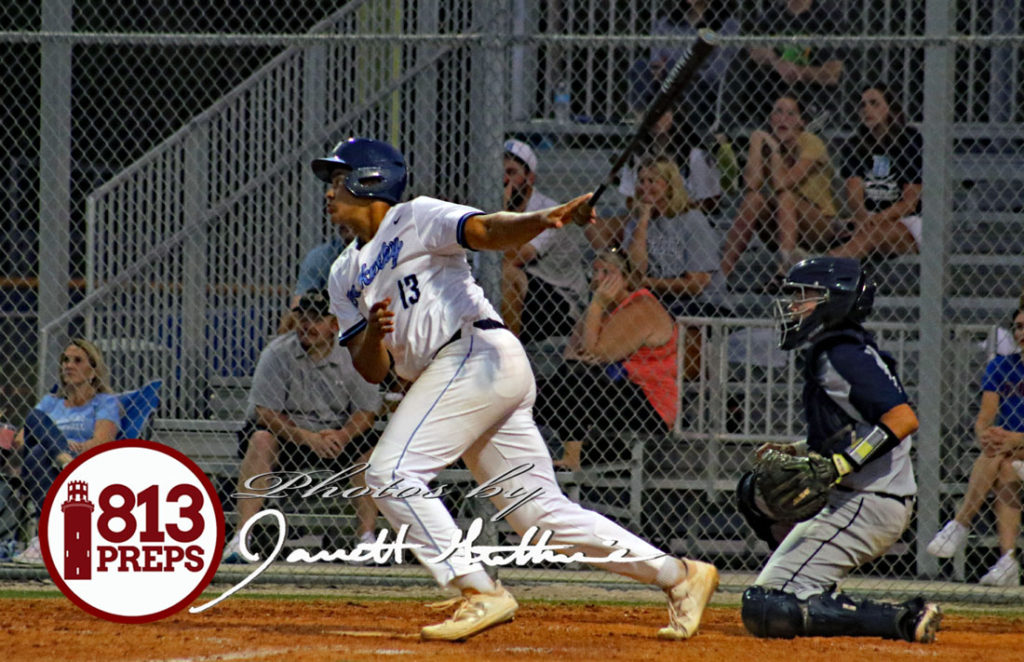 In the top of the third, Berkeley Prep (22-4) took its first lead of the game on a two-run single from senior Johnathan Bruno. The lead was short-lived as Curley tied it in the bottom of the frame with an RBI single of his own.

For the rest of regulation, it was a battle of relievers at the Warriors turned to Ethan Phillips and Landen Maroudis. The Buccaneers inserted Evan Parmer, as both teams had opportunities late in the to score but could not push the decisive run through.

Berkeley Prep finally caught a break in the top of the ninth. After Bruno walked and Hankerson (3-for-4, RBI, two runs scored) singled, Gunnett Carlson hit a routine grounder to short that should have ended the inning, but the ball was bobbled allowing courtesy runner Arthur Clark to score and the Buccaneers to take the lead.

From there it was all Parmer, shutting the door in the bottom of the ninth. The senior hurler notched the win with an impressive performance in relief, tossing six scoreless innings giving up just two hits and 10 strikeouts.

“I just wanted to give it my all and be a leader for my teammates,” said Parmer. ”The energy was huge tonight. The student section was very lively, and so was our dugout.” 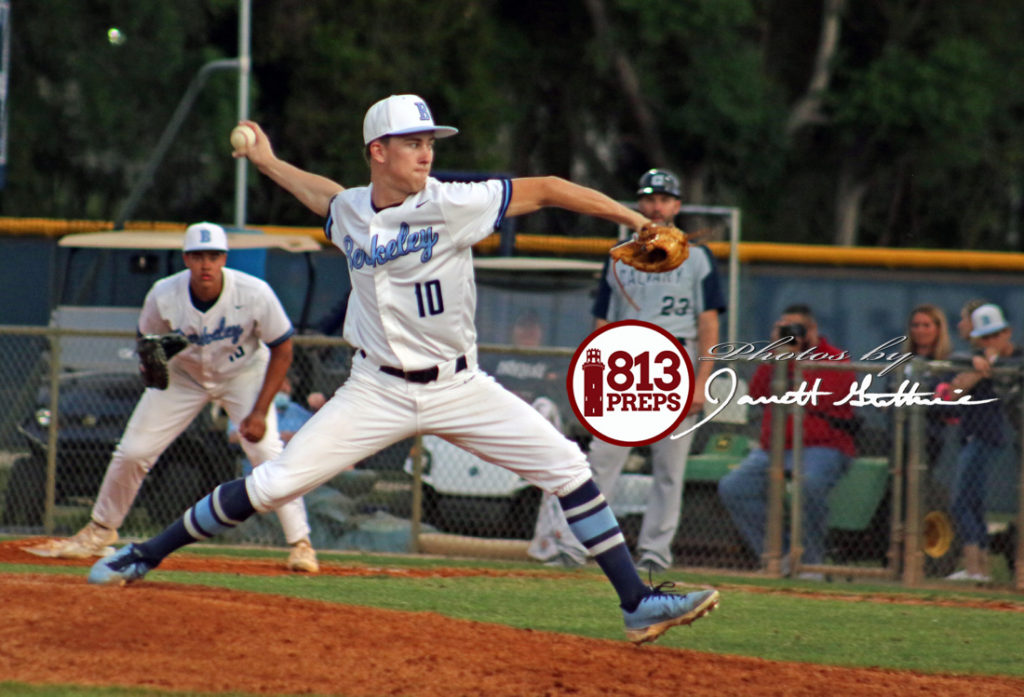 The victory brought elation to the players and fans and was also special for Warren, as he claimed his first district title in his seventh season at the helm of the Buccaneers.

“One of the best high school games I’ve been a part of,” he said. “Both sides had chances and kind of put out fires. Our kids just kept battling. When you play with your heart and play for other people, good things happen.

“It’s been a long time coming. The district championship has eluded me for my first seven years here but I’m so glad our kids get to experience it.”

With the win, Berkeley Prep will host Tampa prep next Thursday while Calvary Christian will travel to Polk County for a matchup with Lakeland Christian.