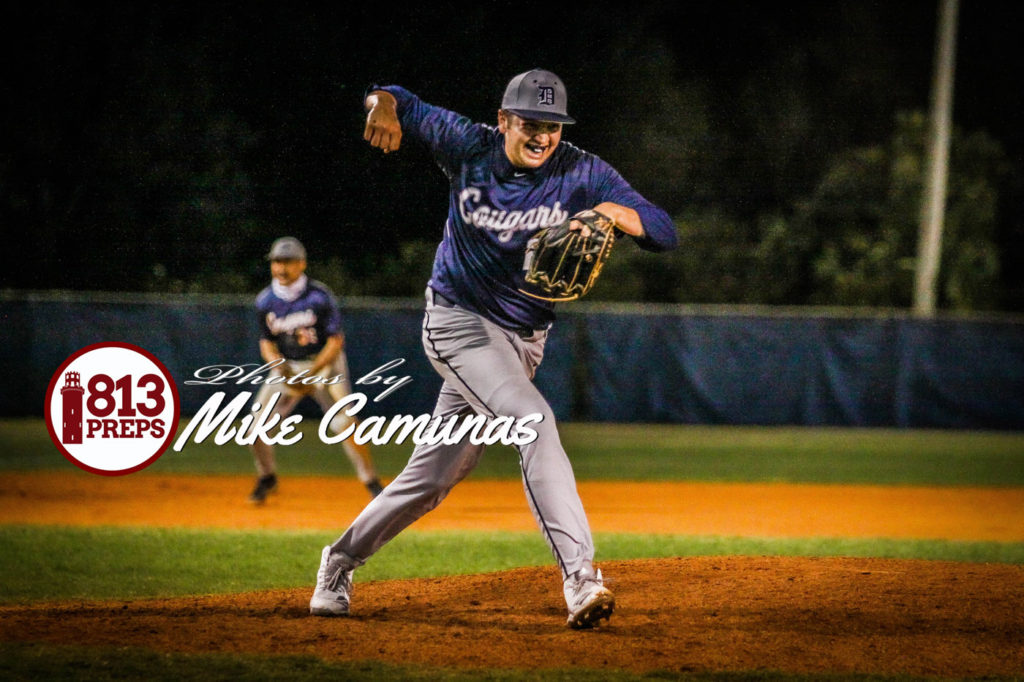 The Cougars. A fierce animal that knows when to pounce.

And the team from Plant City knew when to, as well – resulting in a 8-3 win over Wharton in the first round of the Class 7A regional tournament on Friday evening.

“We took advantage of any mishaps (on their part),” Durant coach Butch Valdes said, “and (it’s going to be), ‘He who makes the fewest mistakes.’ We knew with a team that good, we’d have to play a great game and we’re fortunate to come out on top.”

To be honest, either Wharton (21-5) or Durant (20-5) could have come out on top, and throughout the game, both teams had their chances to do just that. It was the Wildcats who got on the board first, with Dylan McDonald scoring on a wild pitch from Sean Hermann. 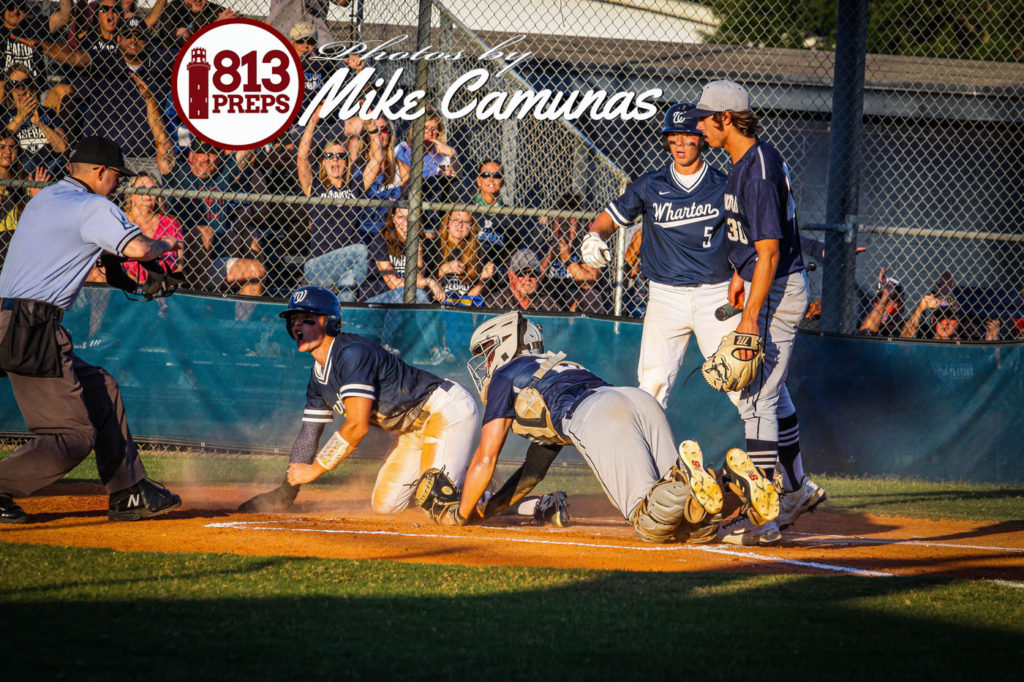 Wharton senior Dylan McDonald scores the game’s first run on a wild pitch in the first.

“It was definitely a battle (tonight) with (Wharton),” said Hermann, who is third in the state in strikeouts with 114 after posting five in this start. “We had a battle with them last time, but this is the regionals now and everyone wants to win — I just knew it was going to be a hard one.”

Back on Feb. 27, Wharton edged Durant 8-7, and while Hermann didn’t pitch in that game, he did clock in six innings Friday, scattering four hits and giving up two earned runs and a walk and improving his record to 8-0 with a 0.45 ERA. 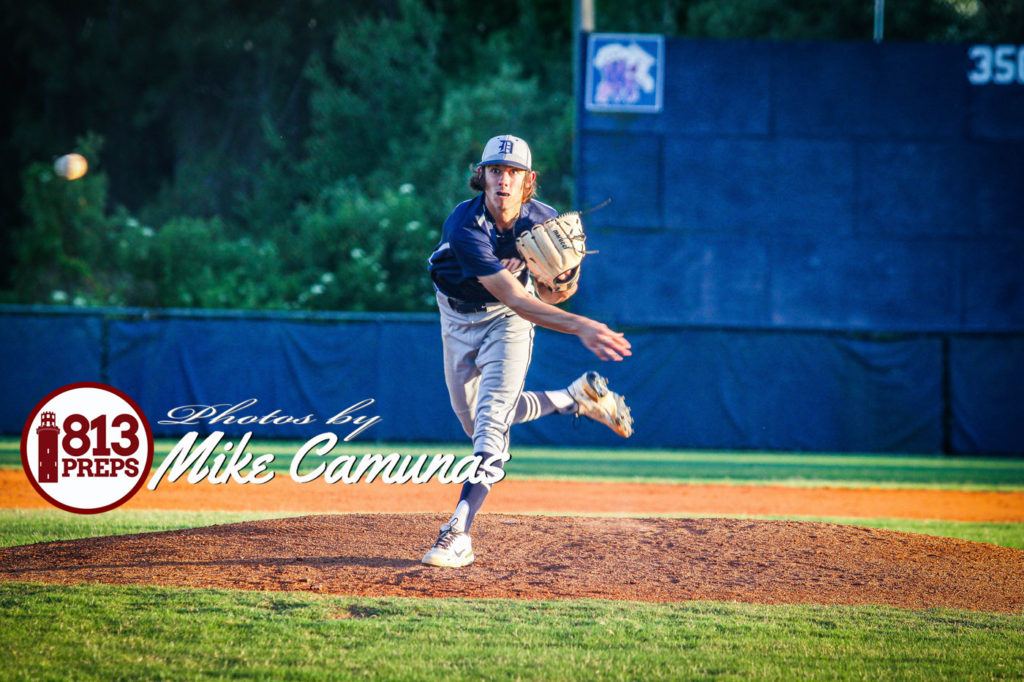 Durant senior Sean Hermann struck out five in six innings of work, improving to 8-0 on the season.

With Wharton’s lineup, this was, arguably, the toughest bats Hermann had faced all season, so while efficient and picking up the win, Hermann did face adversity that made him look, more or less, mortal.

“He’s still pretty damn good when he’s not himself though,” Valdes pointed out.

Postgame interview with @Baseball_Durant’s @SeanHermann3 following his 6IP, 5K performance in the Cougars’ 8-3 win over @Whartonbaseball in the 7A regional quarterfinals; Hermann is now third in the state in K’s (114) @813Preps pic.twitter.com/J32sl32I7j

Certainly, as Hermann would settle, his counterpart, Wildcats junior ace Ryan Fry, seemed to struggle more as the night went on and only lasted three-plus innings after throwing 61 pitches and allowing two runs on three hits and struck out three. After giving up an RBI single in the fourth to Carlos Morales, Fry would give way to reliever Evan Chrest, who picked up right where he left off with his dominating performance in the 7A-7 district final win vs. Sickles. 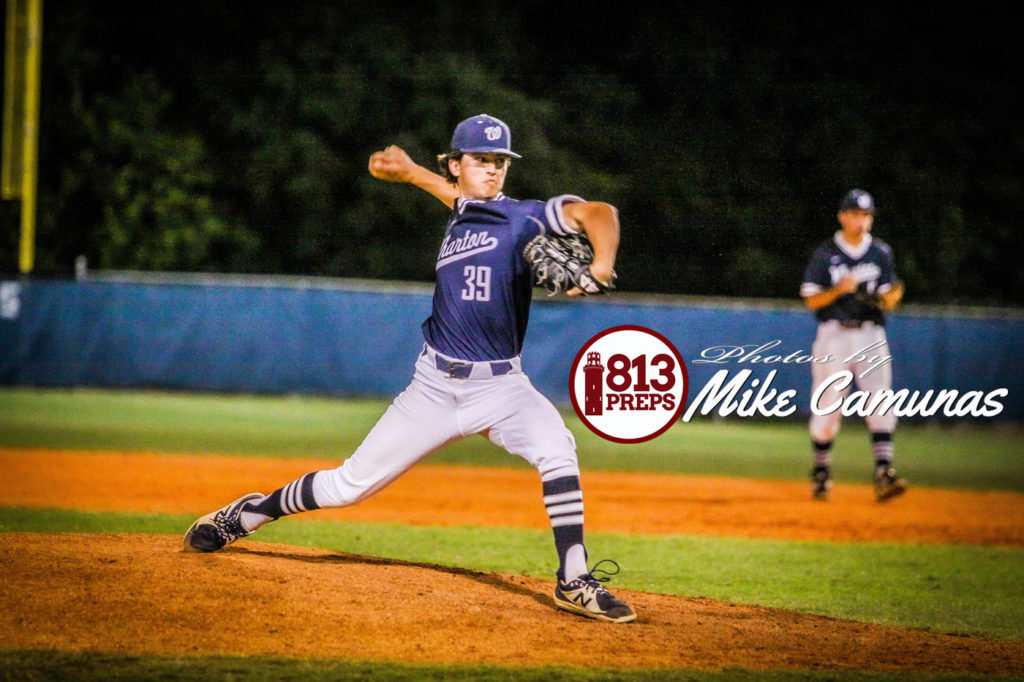 Chrest would strike out the first six batters he faced, or, the sides in both the fourth and fifth innings.

“After (Chrest) knocked out six of us in a row,” said senior outfielder Dean Hotz, who had two RBI, one off Fry and the other later off Chrest, “we made the adjustment to get guys on and just shoot the fastball out into play. We really needed to make an adjustment and we did.”

Postgame interview with @Baseball_Durant’s @dean_hotz who had 2 RBI, including the Cougars’ go-ahead run to defeat @Whartonbaseball 8-3 in the 7A regional quarterfinal Friday night. @813Preps pic.twitter.com/6cwYIwRoVj

Hotz would drive in the Cougars’ first run in the third by driving home Aiden Welsh, but as Wharton tied the game in the fourth with a Billy Eich single and a Quentin Meadows sac fly, Hotz would break the 3-3 tie in Durant’s five-run seventh by driving home Welsh again. 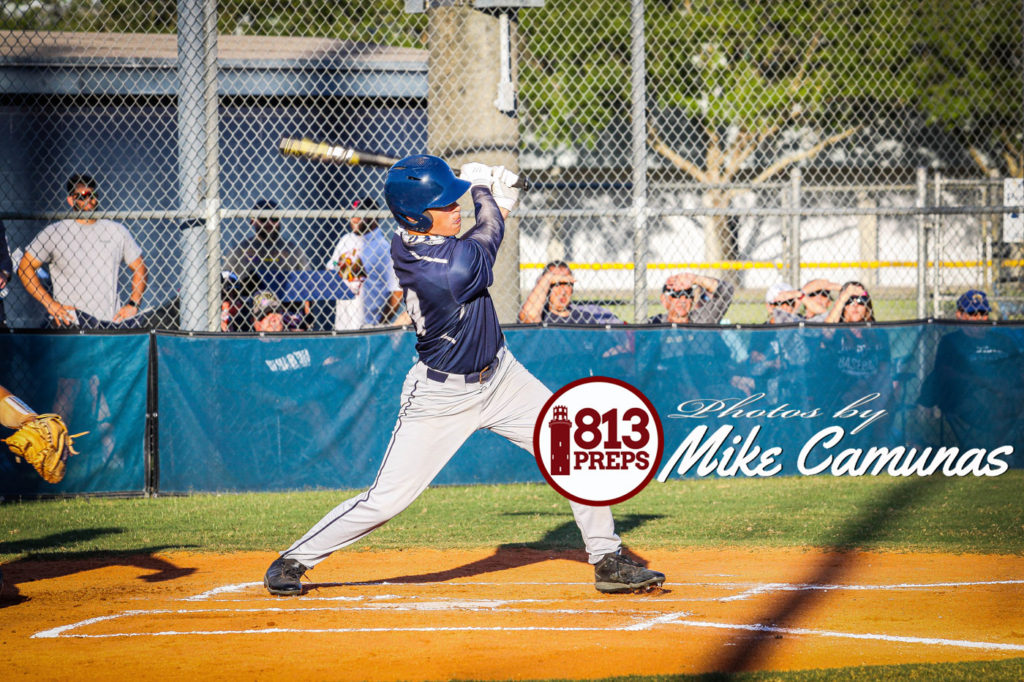 Senior Dean Hotz was 2-for-4 with two RBI for the Cougars on Friday.

Uncharacteristically poor defense on Wharton’s part would allow the late runs, including Dylan McDonald misplaying a fly ball in centerfield and Zach Ehrhard with a throwing error at shortstop that would allow two runs to score.

“Yeah, we usually don’t do that — make mistakes like that and at this point in the season, you can’t make mistakes,” Wildcats coach Scott Hoffman said. “You don’t expect it to happen, and we avoided (giving up) that big inning all season.

“It’s tough and there’s nothing I can say to them that’s going to make them feel better. They have nothing to hold their heads about — they did great things and had a great season at 21-5 — (hit) a lot of home runs, came to practice every day — yeah, it sucks to lose, but someone has to lose and the sun will still come up tomorrow.”

Alex Canney, in just his second appearance this season, would pitch the seventh inning and show signs of rust, having to throw 27 pitches after loading the bases with two walks and a hit batter. He would, however, strike out Elijah Dukes (1-for-4, double, run) to end the game.

“Getting Canney back in the mix is a big plus,” Valdes added. “Really big.”

Durant will now travel south to Sarasota Riverview (19-9) for the 7A regional semifinal on Wednesday at 7 pm.