Vastine powers and pitches Bartow to win over Crest 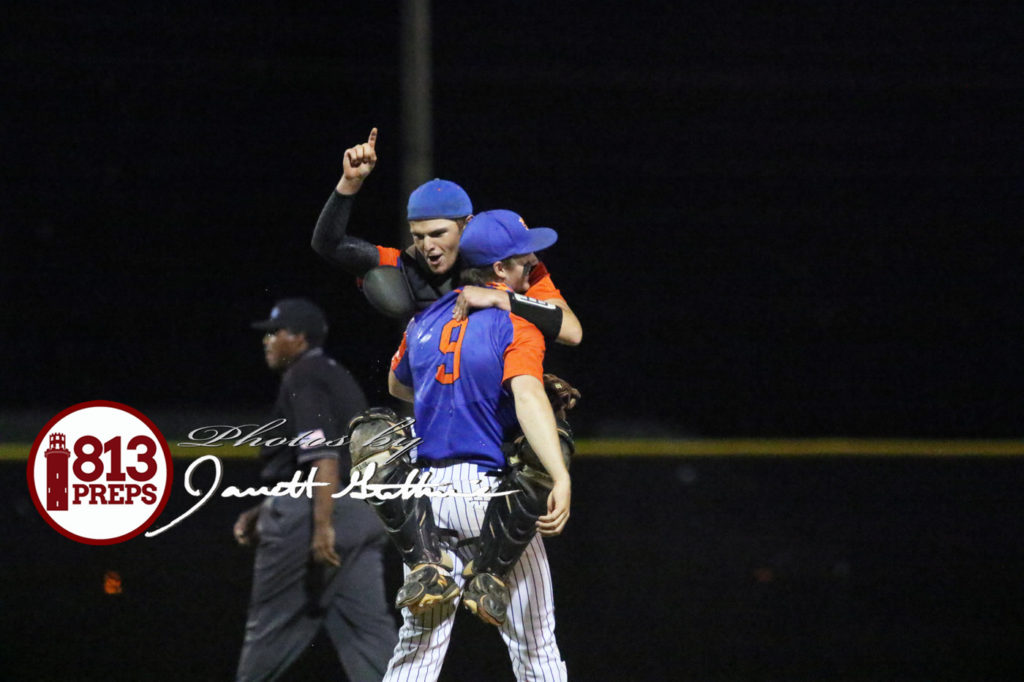 DOVER – It took two pitches for Bartow senior Jonathan Vastine to put his team on the path to victory as he smashed a fastball up and over the centerfield fence. The rest of Vastine’s pitches, those from the mound, proved every bit as pivotal as the right-hander carved through Strawberry Crest’s lineup, tossing a two-hit, complete-game shutout and leading the Yelllow Jackets to a 3-0 victory in Friday’s Class 6A-Region 2 quarterfinal game.

Vastine, a Vanderbilt signee (as a shortstop), laid off a first-pitch ball before turning on a delivery from Strawberry Crest senior Colby Fanning and sending it over the wall toward left center.

“I had a good feeling about it,” Vastine said. “In BP today, I stuck with the up-the-middle approach we’ve had all week … I felt like I got a good barrel on it, the guy they had on the bump was a good pitcher, and I was lucky to get a good piece and send it out of here.”

After the game, Fanning only offered praise for the swing.

“He put a great swing on that one,” Fanning said, “I’ve got to give him that.”

Bartow (17-11) added a second run the next inning as Garrett Allen singled, moved around on a groundball and an intentional pass to Vastine, and scored on a wild pitch; and the Yellow Jackets scored, setup by three singles in the third, as Ray McKinzey crossed on an error. 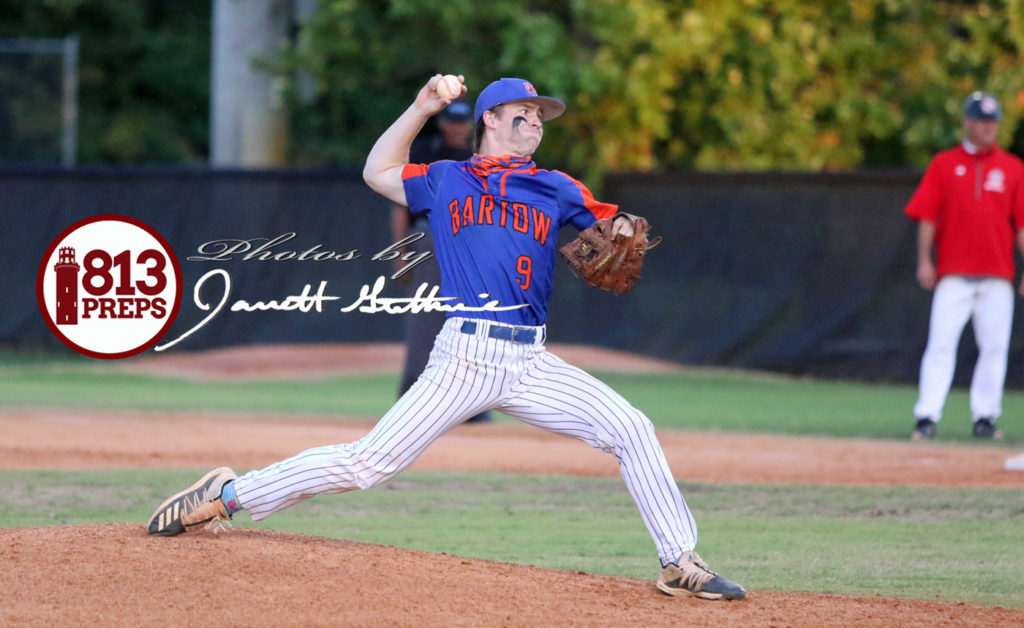 Bartow senior Jonathan Vastine struck out nine in the win.

That was all the help Vastine would need, using just 92 pitches to finish the game, striking out nine, while walking one and hitting one.

“I give all the credit to my pitching coach, (Jeremy) Waters for helping me throughout this year,” Vastine said. “Going forward, I won’t be a pitcher (next year at Vanderbilt), but his mentorship has helped me do this – whatever was needed from me for my team.”

He worked his fastball low in the zone affectively, while mixing in a curveball for strikes through the early part of the game, then turned to a slider for outs in the mid-game, before pumping in both the final few innings.

Fanning would work on the mound for three innings, getting some great support from sophomore third baseman Eli Vickers who made a series of plays, including two outs and a run-saving snag on an infield single. 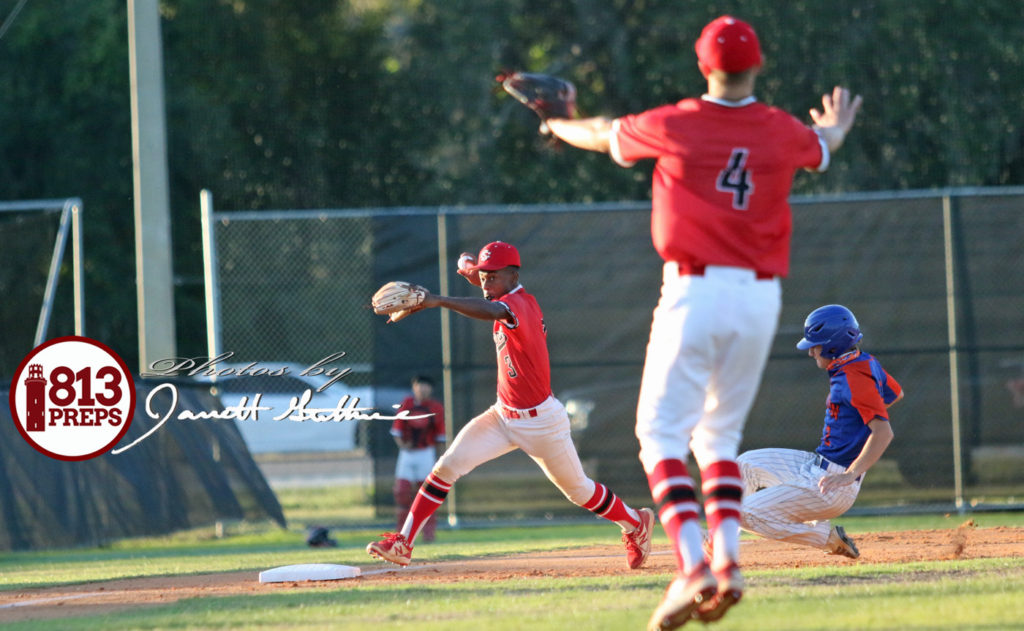 Chargers third baseman Eli Vickers steps on the bag in the second inning, and would also add a leaping catch of a liner to end the half-inning.

Vickers one of four sophomores to make up the Chargers starting infield looked poised and seasoned throughout, and Beattie said the youth around the horn wasn’t even something he thought mattered for his team.

“We don’t talk about those guys like they are sophomores,” Beattie said. “They are varsity players at a good program and that is how we expect them to play. They did a good job, and these reps are going to pay off in the long run.” 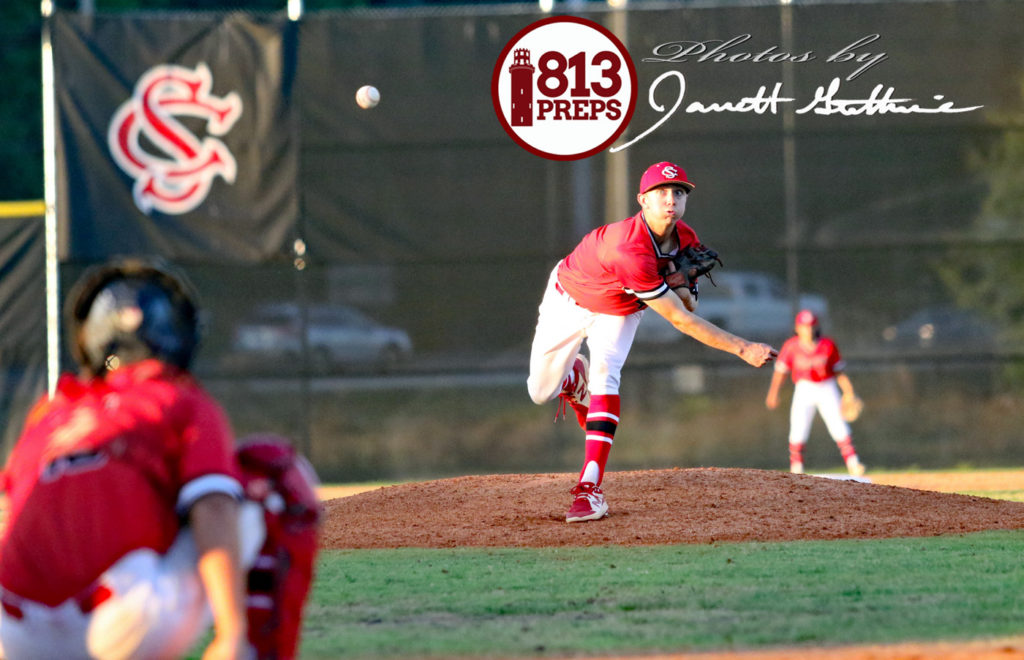 Strawberry Crest (17-10) also turned two double-plays in the loss. Senior Bryan Boully pitched the remainder of the game for the Chargers, allowing four hits, and striking out five in four scoreless innings.

“It was kind of interesting for us this year because we kind of had two guys who were really good, but neither one of them were exactly the seven-inning guy,” Beattie said. “But they both competed well tonight. Fanning gave up the home run to their guy, but battled, and Boully came in and did everything he was supposed to do.” 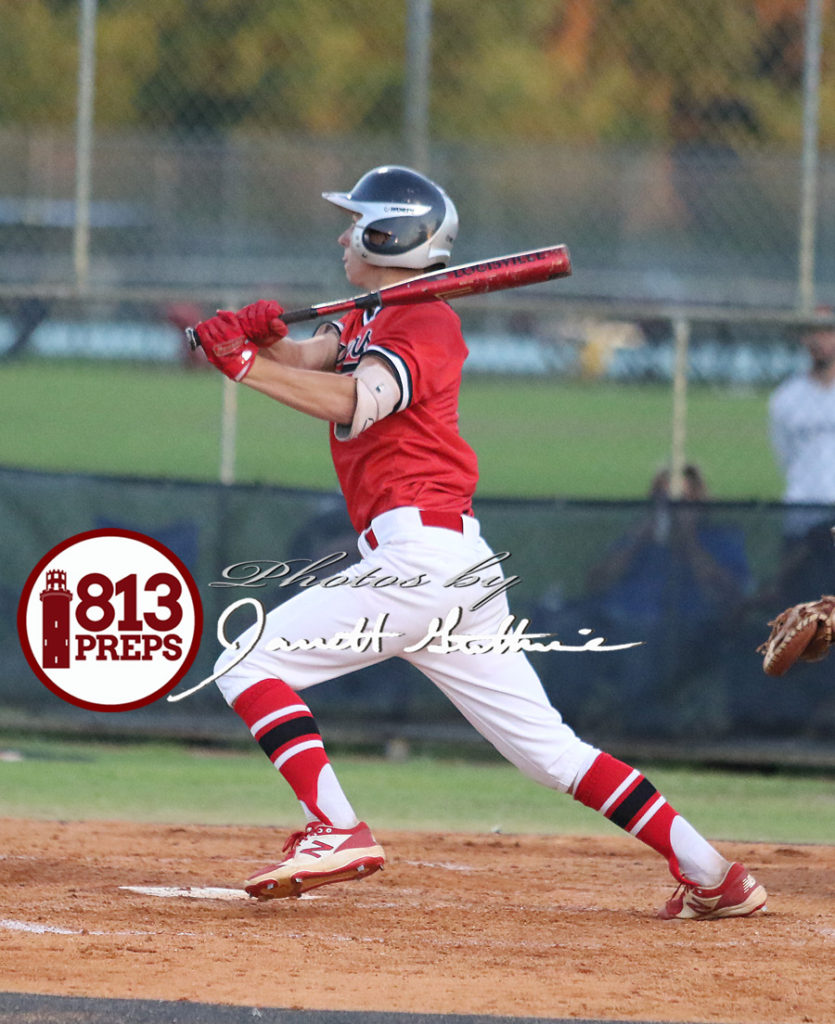 A single from Fanning in the third, and a single from Zach Redner would be the only hits the Chargers would record, while Lance Highsmith would wear a pitch in the fifth and reach third, as the only Crest runner to get within 90 feet of scoring on the night.

For the Yellow Jackets, Allen would record a pair of hits, Vastine would single and be issued another intentional walk in the game, Dalton Ogilve and Matt DelleDonne (double) would each contribute two hits.

Ogilve made a number of steady plays at short, and second baseman Austin Coward made a great catch in shallow center on a hit-and-run play to end the fourth. 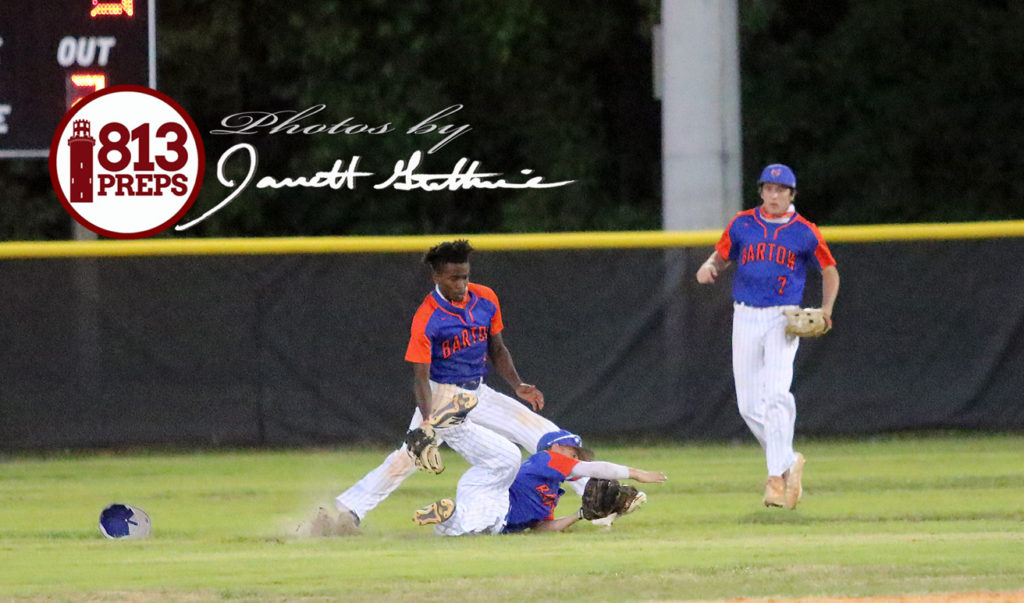 Yellow Jackets second baseman Austin Coward tumbles to the ground holding on to an inning-ending catch he made in shallow center.

Beattie was understandably disappointed the season came to an end for his team’s six seniors, but said their journey with the Chargers had not come to an end.

“They are still going to be a part of this program,” Beattie said. “They are going to come back, we’re going to keep up with each other, they’ve invested in these underclassmen and I have no doubt they will all continue to do that in the future.”

Fanning said it’s the attitude of his Chargers teammates that he will miss most.

“The fight that Crest brings,” Fanning said, “the discipline sticks out. Beattie teaches you how to be a good man on and off the field, and Crest goes about it the right way. That’s what I’ll always remember about my time.”

Bartow will travel to face its district opponent Winter Haven (winners 3-2 in extra-innings against Plant City) in next Wednesday’s region semifinal game. 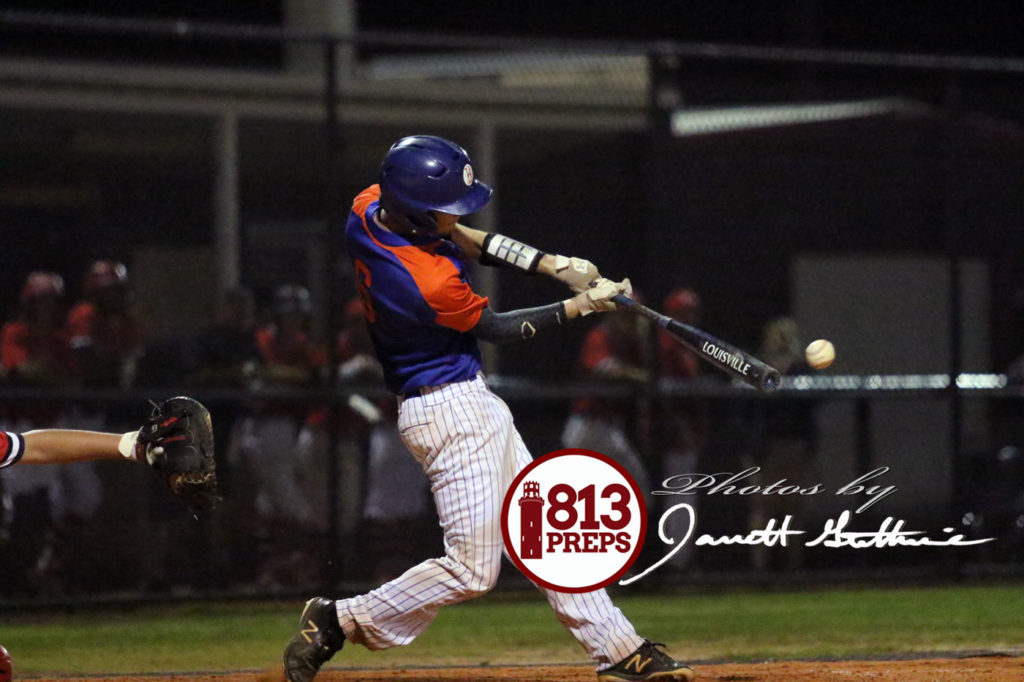 Bartow’s Garrett Allen connects on one of his two singles in the win. 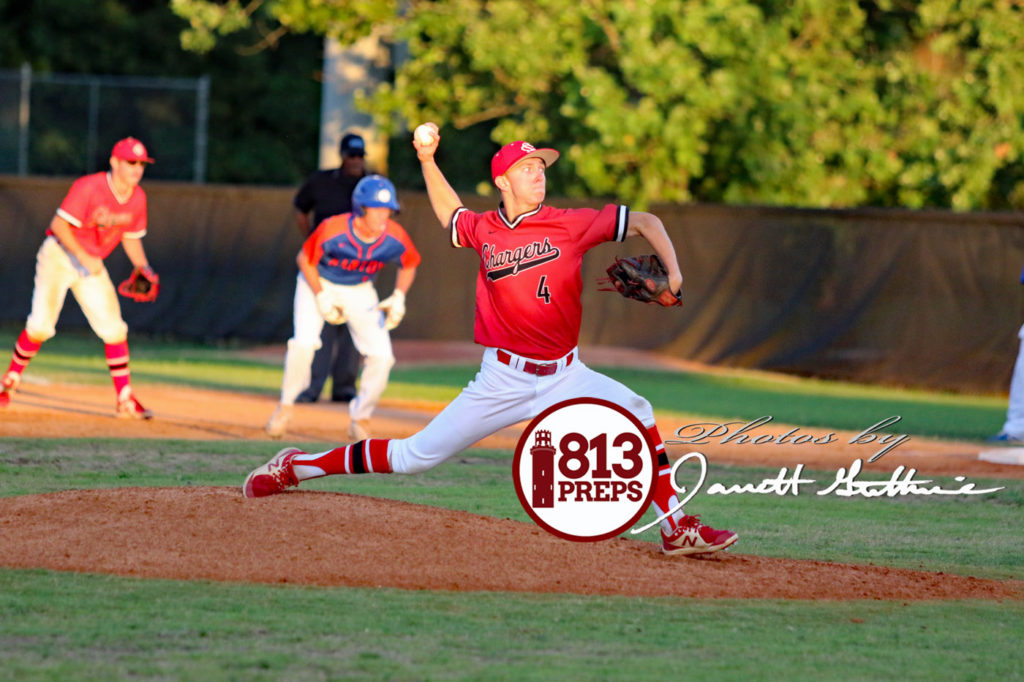 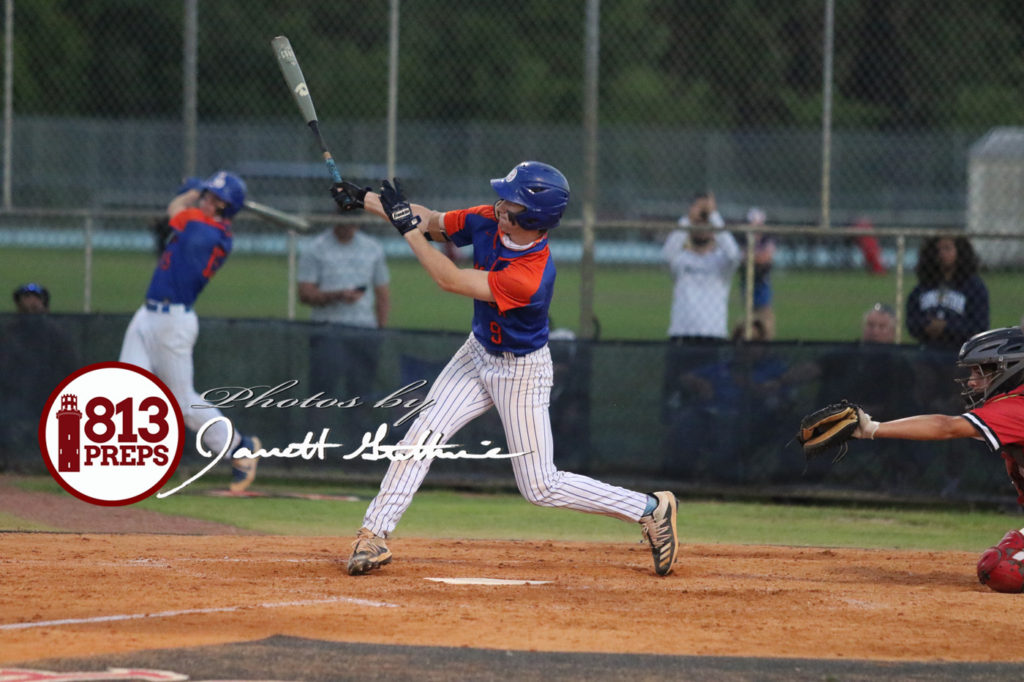 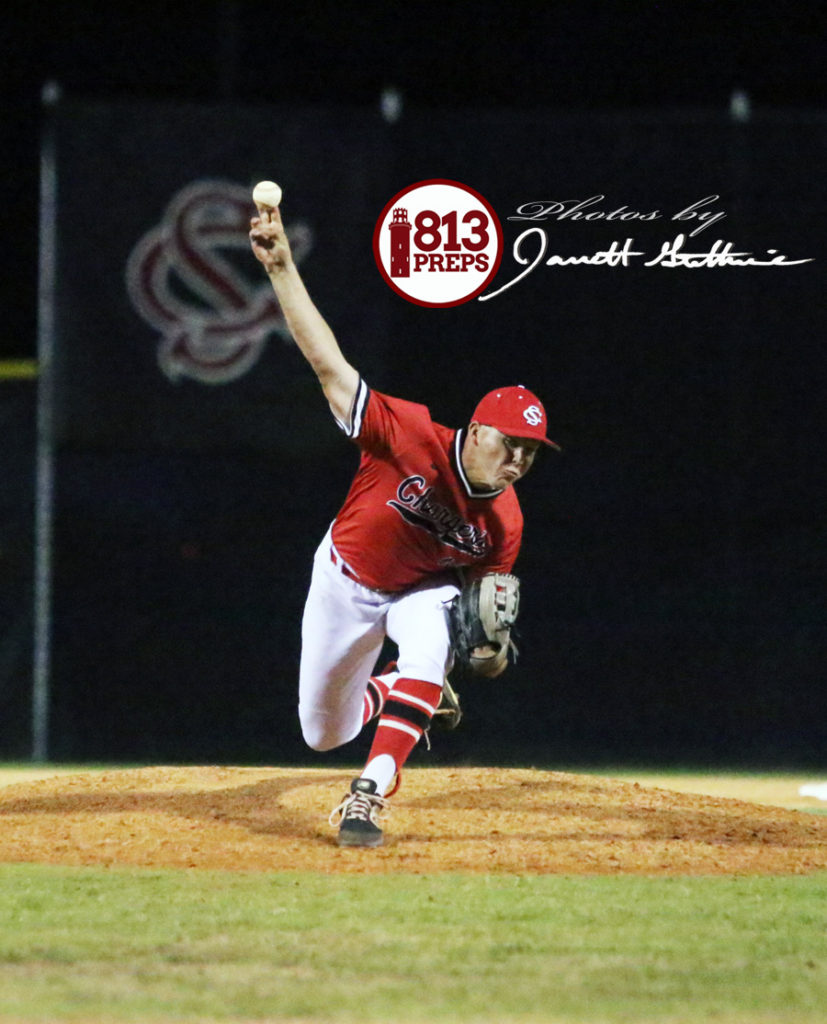 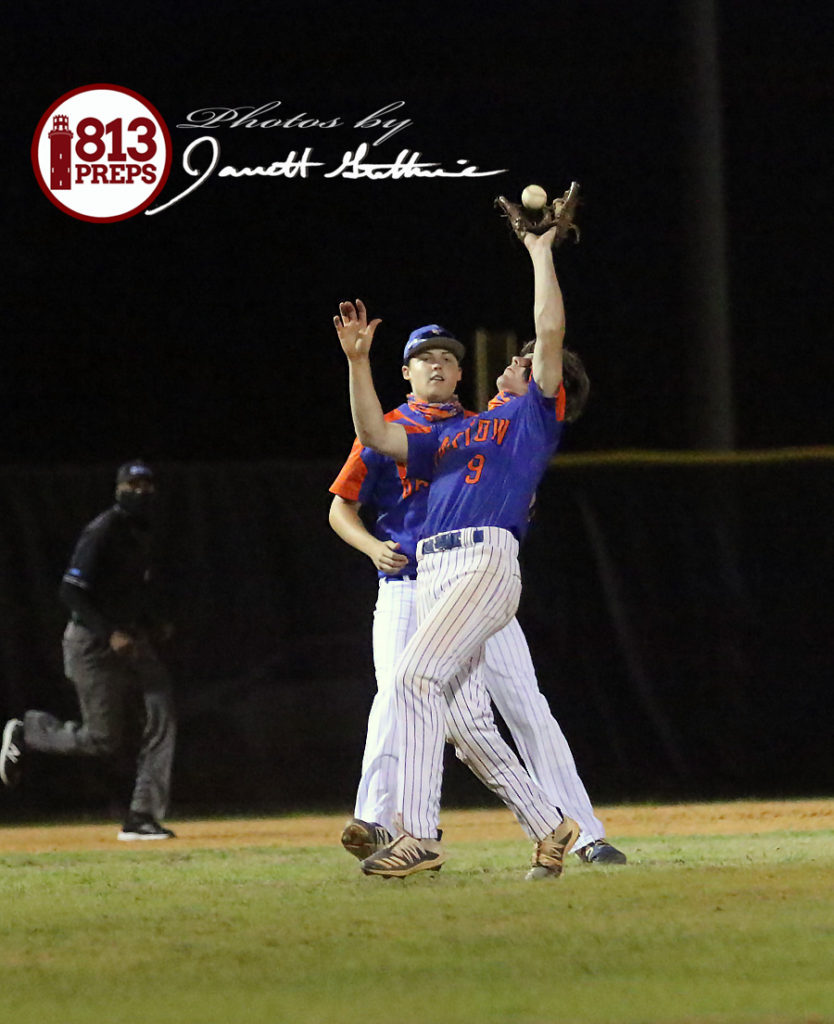 Vastine catches a popup in the seventh inning.