Senior Andrew Ura earned the spotlight in both contests – a 14-4 triumph in five innings for the first SCA district crown in a decade and an 11-2 romp in Wednesday’s matinee – driving in five runs in each while going a combined 6-for-8 with two doubles and a monumental home run. 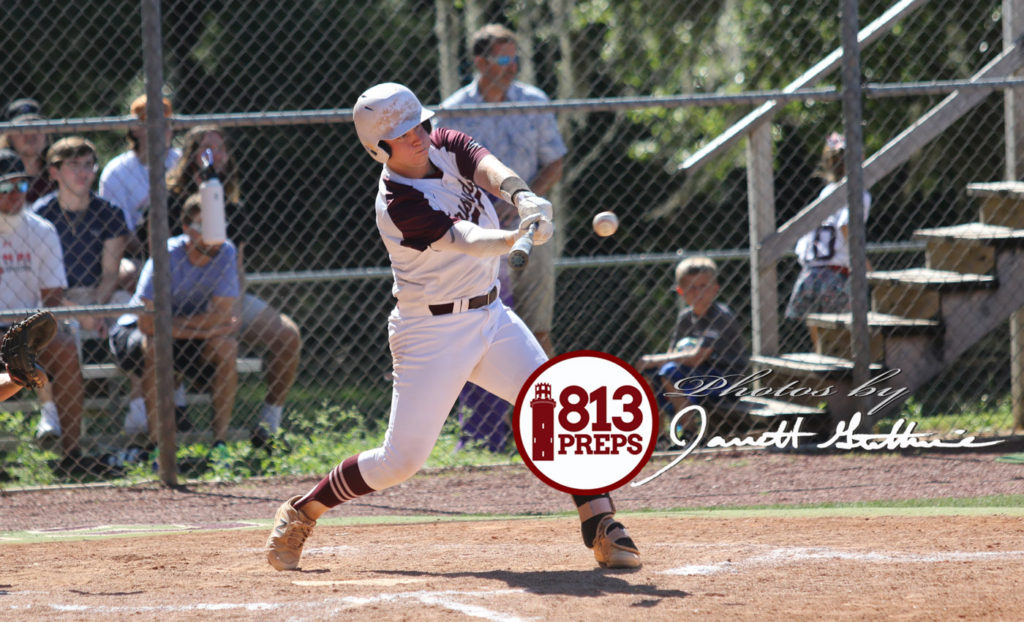 Among the beneficiaries this time was winning pitcher Joey Jensen, who gave up both Saints runs but only two singles in five innings.

The senior left-hander also gave up portions of his lunch in the steamy conditions.

“I threw up four times,” Jensen said. “I have gastritis, so it being hot, it was already bad enough for me. Acid reflux got to me.”

Control issues got to Saints ace Lucas Perez soon after he took a 1-0 edge to the mound in the bottom of the third inning. The sophomore right-hander, who came in with a 6-0 record and glittering 1.43 ERA, was gone by the time Ura capped a seven-run outburst with a grand slam.

C.J. Koenck and Avery Cherry opened with singles, then Perez walked the next three batters to fall behind 2-1. Left-hander Antony Schatz took over from there and immediately walked in a third run before Ura stepped up to the plate.

“The first pitch I took,” Ura said. “It was a fastball inside, and I thought I needed to hit that one out. But then he served me up another one and I drove it, and that was it.”

That was it – precisely what Sal Giardina was thinking as the ball soared over the fence in left field.

“That’s it. The game’s over,” the SCA coach told himself. “With our pitching staff this year, usually once we score three runs, we’re good. That was our mark all year long.”

One school mark that has been changing of late for Seffner Christian (19-4-1) is its record for victories in a season, which has been eclipsed twice this postseason. Another opportunity will come Saturday, when the Crusaders travel to Mount Dora Christian Academy in their first region title game.

Beyond that, of course, is the coveted state Final Four.