Hunter and Peinado lead Riverview to victory at Armwood 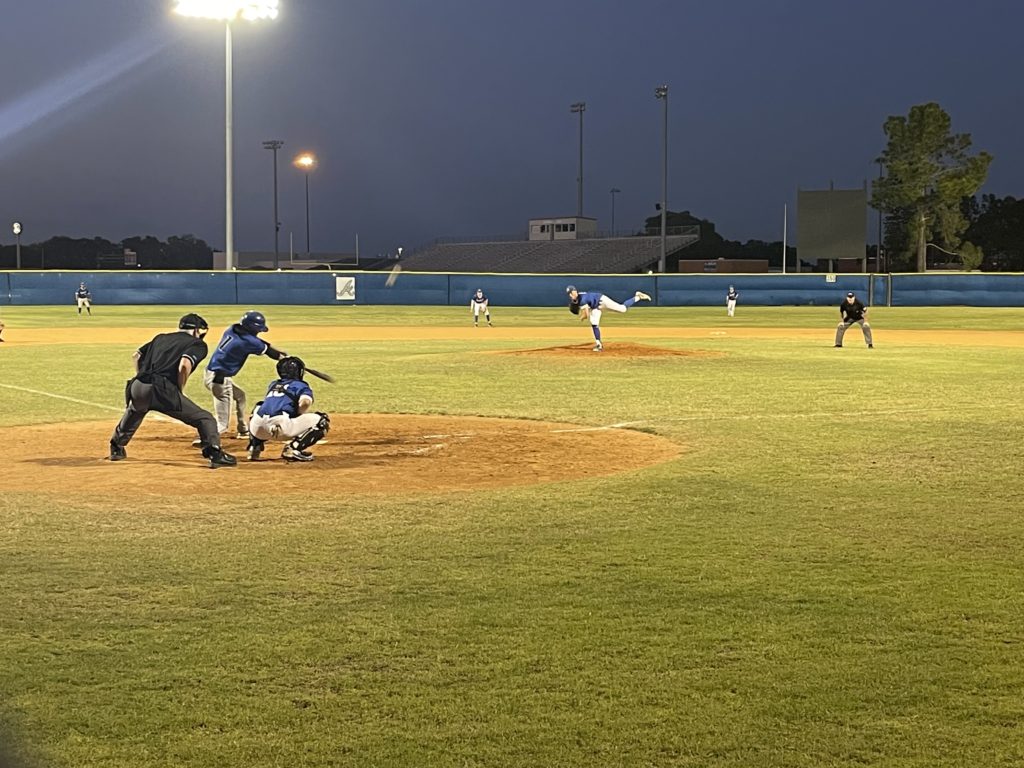 SEFFNER – Pitcher Kevin Hunter and designated hitter Victor Peinado led Riverview to victory Friday night in a 4-2 win over Armwood. The six-inning outing for Hunter was his eighth appearance as a pitcher and third as a starter, but his first win this season.

“[Hunter] is a great teammate. Always puts us in an opportunity to win when he goes out there and pitches,” said Sharks rightfielder Fisher Weeks. “He’s always there for us, picks us up when we’re down.”

While Riverview (6-14) emerged victorious, Armwood (9-11) was the first to crack the scoreboard in the second with an RBI double by Austin Leever to score Tim Mendizabal from first.

Peinado doubled as the leadoff batter for the Sharks in the top of the fourth and advanced to third on a wild pitch. The junior crossed the plate to tie it up in the on a sacrifice groundout by catcher Dominic Terrell.

“This had been a four-game stretch for [Peinado] that has been pretty remarkable,” praised Sharks coach Jason Smith. “He’s had so many hits and so many at-bats this week that I’ve kind of lost count honestly.”

The score remained tied through the fifth, but the Sharks pulled ahead, putting up three runs in the top of the sixth.

Peinado walked for the second time in Friday night’s match and snagged his second stolen base of the night as well. He was joined on the base path by Terrell before both were driven in by a two-run double by Weeks.

Hunter drove in the final run of the night for Riverview, as Weeks scored off the RBI base hit. Hunter’s contribution didn’t stop on the offensive side of the plate though. He tossed 82 pitches and had eight strikeouts, striking out the side in both the fifth and the sixth.

“In the locker room, we’re just talking and having conversations,” said Hunter, who admitted he struggled in the first half of the season. “[We’re] trying something new and it’s working.”

Hunter also credited his confidence on the mound to the trust his catcher, Terrell, puts in him as he leads the team.

“Just my catcher having the confidence in me, my pitches, my stuff [helped me tonight],” said the sophomore.

Armwood attempted to close the deficit in the bottom of the inning as Justin Corns walked and advanced to second off a wild pitch. Back-to-back singles by Jacob Johns and Austin Leever sent Corns home, but Hawks bats fell short in the final outs of the game.

“We communicated really well defensively,” said Smith. “Our baserunning – we kind of understood the philosophy we wanted to have, chipping a little small ball, (and) getting on base when we needed to.”