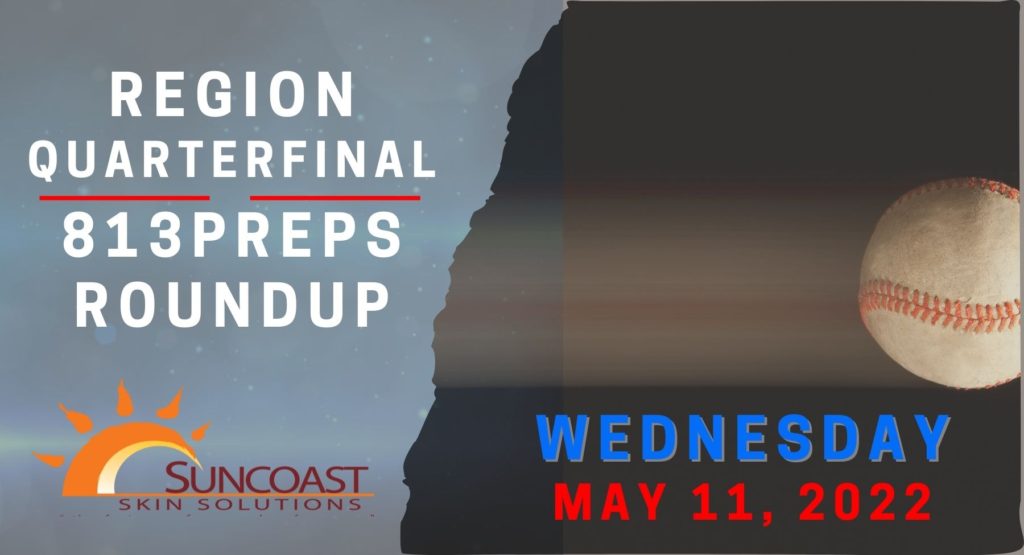 Tampa Catholic held things close at No. 2-seed Lakeland Christian until the Vikings hitters found its power blasting a trio of mid-game homers to lead LCS to a 10-3 victory in the 3A region quarterfinals. Junior Parker Galberaith got Lakeland Christian going in the first inning with a two-run single, but the Crusaders cut the lead in half in the third when Maddox King (3-for-3, two runs) and Rolando Jimenez hit back-to-back doubles. But the Vikings pushed things out of reach in the home half on solo homers from freshman Mitch Rodriguez and senior Benjamin McDonald. Wyatt Jenkins three-run homer to center sealed the win for LCS and earned the Vikings a home game against Tampa Prep in the region semifinal on Saturday.

Robinson fell 2-1 at Sebring on Wednesday night, despite out-hitting the Blue Streaks in the region quarterfinal matchup. Senior Jacob Maskin drove in Lamont Akins III for the Knights only run of the game. Tyler Kirkner and Nathan Jennewein pitched three innings apiece, each allowing one run and striking out four each. Cameron Duss was 2-for-3 with a double in the loss