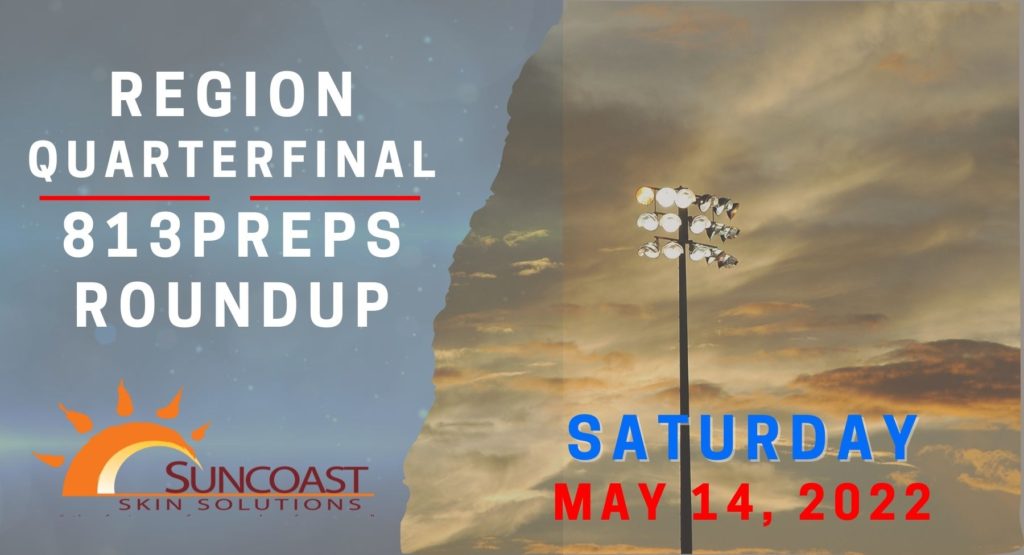 Seffner Christian jumped out to a commanding lead as the Crusaders banged out 18 hits, just one of which – a Corbin Newman (3-for-6) double – was for extra bases. However, Seacrest Country Day would not go away easily as the Stingrays battled back, tying the game in the sixth and forcing extra innings. Seffner Christian gave head coach Sal Giardina a great birthday gift in the end, as the Crusaders strung together four-straight singles in the top of the eighth with Jake Foster (3-for-5) driving in the deciding run on a ground ball into left. Newman lead the offense with three RBI, while Shay Dean and Ethan Duncan (2-for-4) each drove in a pair, and Colin McNeal was 2-for-5, scoring twice. Duncan also earned the win on the mound, entering in the sixth inning and finishing out the game. Seffner Christian will play in Tuesday’s Class 3A region final on the road at defending Class 2A state champions Sarasota Out-of-Door Academy.

Lakeland Christian senior Mack Estrada held Tampa Prep to a single run, allowing two hits and four walks while striking out seven as the Vikings defeated the Terrapins by mercy-rule in five innings. A Mitch Rodriguez double and an RBI groundout from Benjamin McDonald gave LCS a two-run lead in the second and the Vikings built on from there. Tampa Prep senior Ty Jones picked up both of the Terrapins hits in the game, doubling twice.

A four run first inning started by an error and three walks proved too much to overcome as Durant’s season ended in a 9-1 loss at Windermere. The state-ranked No. 7 Wolverines managed just four hits in the win, but 12 walks helped Windermere score steadily throughout. Durant’s lone run came in the third inning on a two-out RBI single from Avery Cherry (2-for-3), and Carlos Morales also went 2-for-3 for the Cougars.