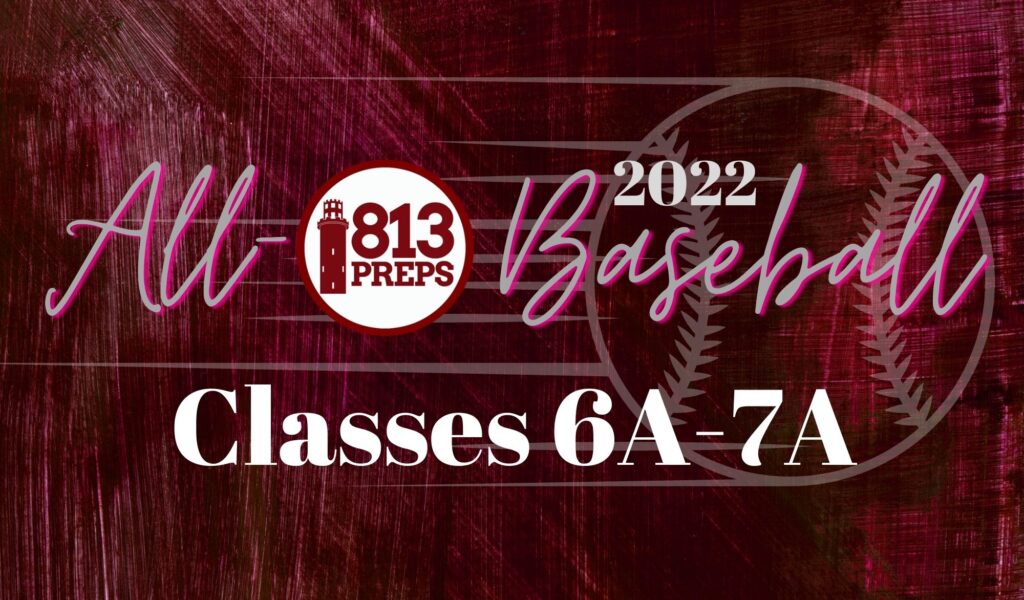 The 2022 All-813Preps High School Baseball Team was selected by editor Jarrett Guthrie. With 40 area high school baseball teams within Hillsborough County competing for FHSAA state titles, we decided now was the time to split our All-813Preps postseason awards into two All-County teams based on state classifications. Our Class 2A-5A All-813Preps Team will be announced on Saturday. 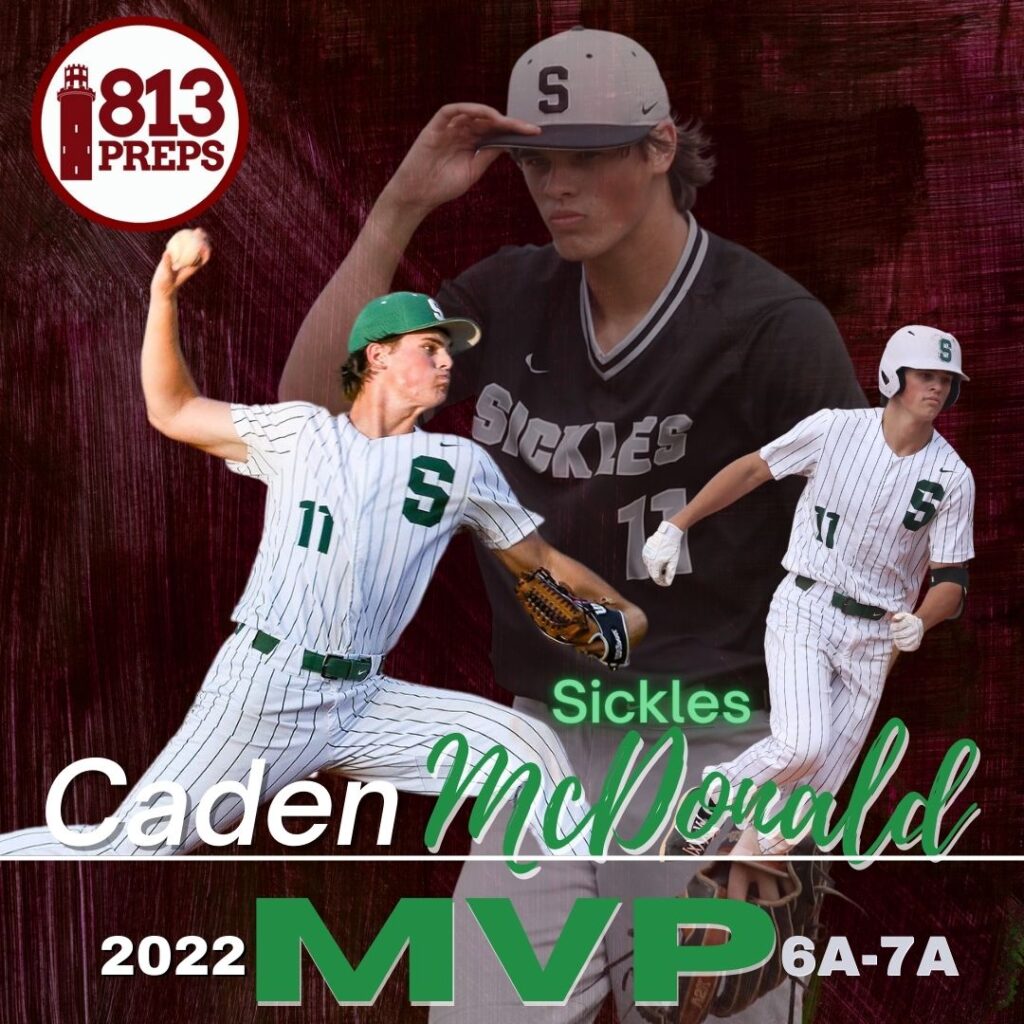 Caden McDonald’s video game numbers in 2022 included leading Hillsborough County with a .600 average, 48 hits, and 42 RBI, while hitting 12 doubles and eight home runs. McDonald scored 30 times, helping Sickles to a district and region title, and a Class 6A state semifinal appearance. He started the season with a 20-game hitting streak, and finished the year 16 multi-hit games – seven of which he collected three or more in the game. He finished in the Top 10 for Hillsborough Coutny in hits and average (first in both), home runs (second), RBI (first), runs (tied for seventh), wins (tied for second) and strikeouts (tied for sixth), while posting a Top 20 ERA finish at 1.97. He was named the Saladino Tournament MVP, the Wade Boggs Award winner, was the FACA District 15 6A Player of the Year, and was an All-Western Conference First Team selection. 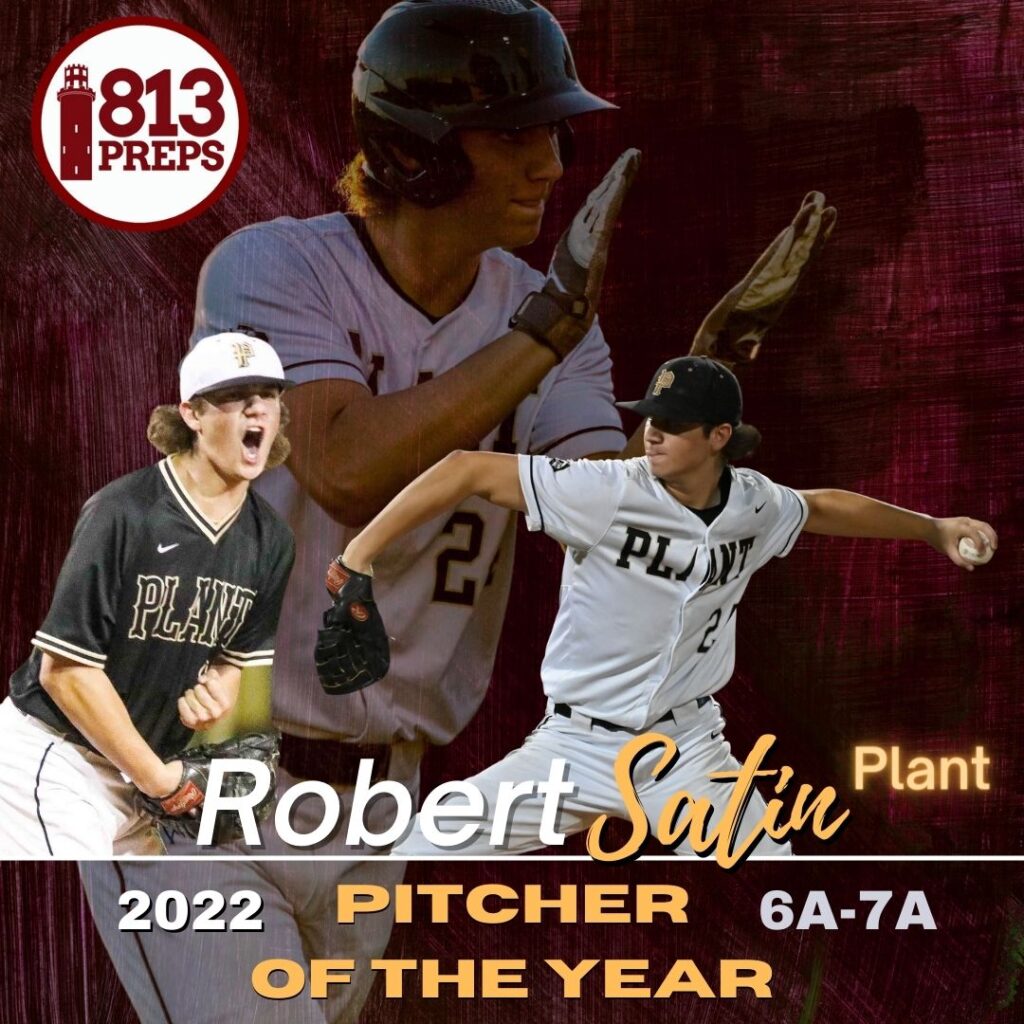 Plant’s run to the Class 7A state semifinals in 2022 saw a variety of players have big moments for the Panthers, but consistently leading that pack was the junior lefty Robert Satin. In 12 starts on the mound for the Panthers, Satin posted an 8-2 record with a 2.14 ERA and 76 strikeouts. He also swung a big bat hitting .412 with 29 RBI, nine doubles and a pair of homers and played first base when not on the mound. Satin struck out at least five in 9-of-13 appearances on the mound, helping the Panthers to a Saladino Tournament title (where he earned All-Tourney honors at first base), a district and region title, and was the starting pitcher in the Panthers 3-2 state semifinal loss to Palm Beach Gardens allowing just one earned run in five innings of work. 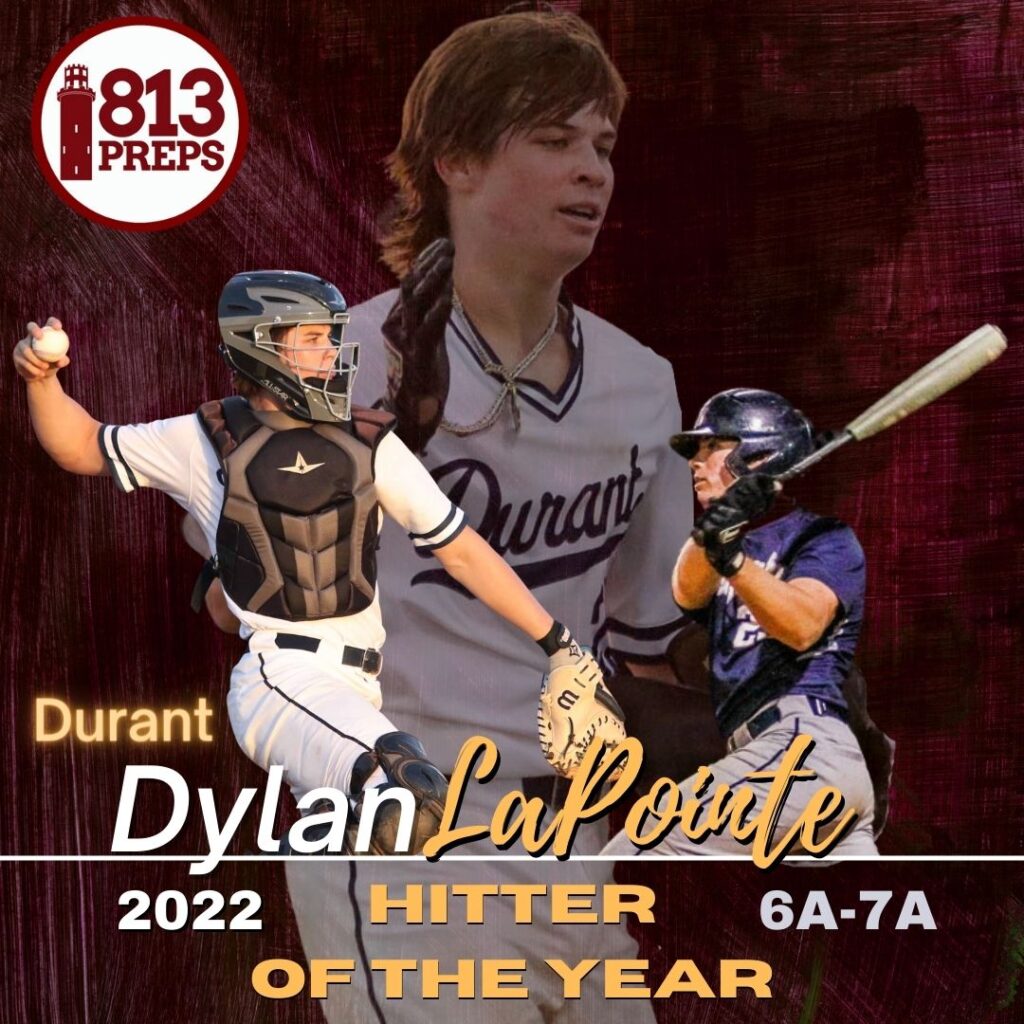 Coaches regularly talk to us about “game-planning” specific area players, and Durant’s Dylan LaPointe is a name we hear regularly from opposing coaches around the county. An excellent hitter with power, the Cougars have come to rely on the junior backstop LaPointe, who makes his second straight All-813Preps appearance – this year taking home our 6A-7A Hitter of the Year honors. On the season, LaPointe hit .425 and drove in 23 runs, had five homers, five doubles and two triples, while drawing 20 walks. Though as the Cougars primary catcher, he only scored two times outside of his five homers, he finished the year with a 1.319 OPS helping Durant to a district title and a region semifinal appearance. 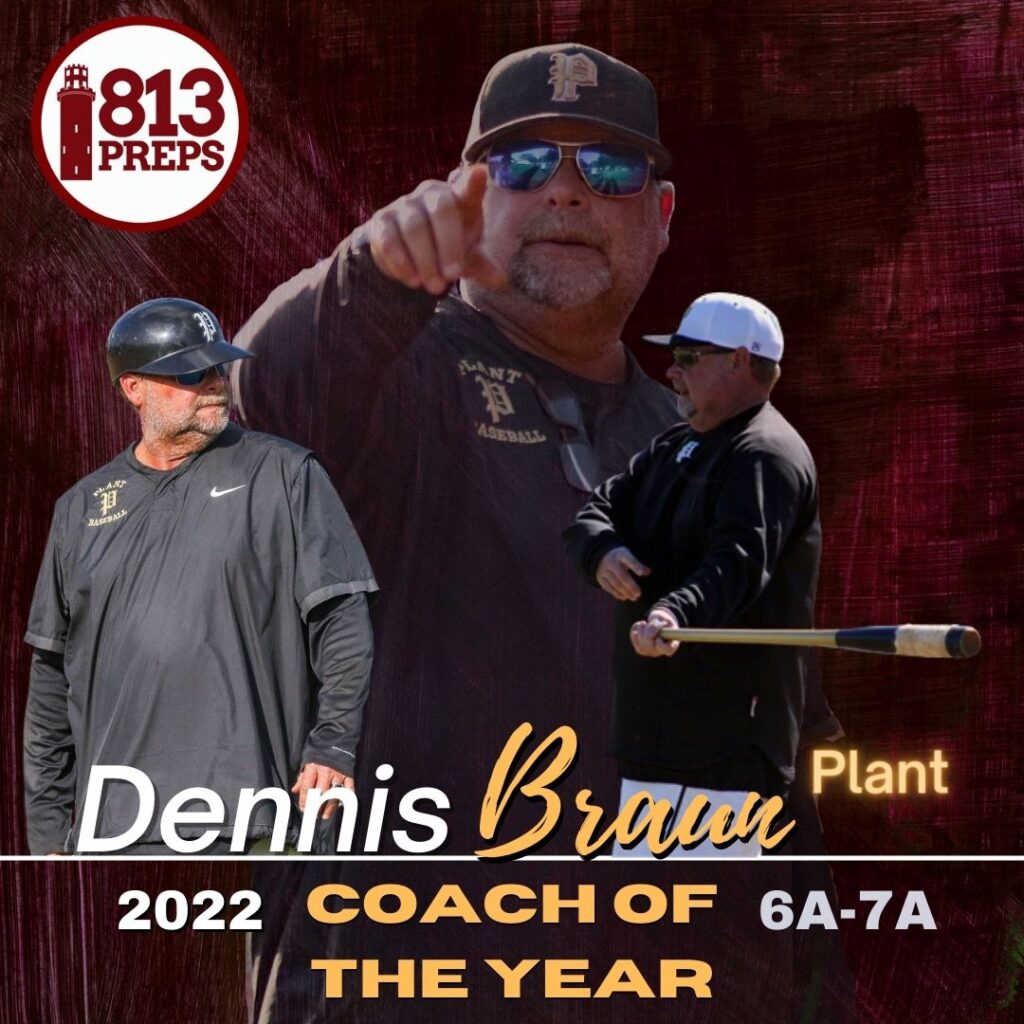 Braun, now in his 18th season led the Panthers to a Saladino Title, district and region crowns and a Class 7A state semifinal appearance in 2022. His 23-7 Plant squad outscored opponents 181-78, all while playing some of the best defense in the county. His pitching staff had three starters with at least five wins and posted a 2.22 team ERA. Braun currently sits at 325 career victories as a head coach. 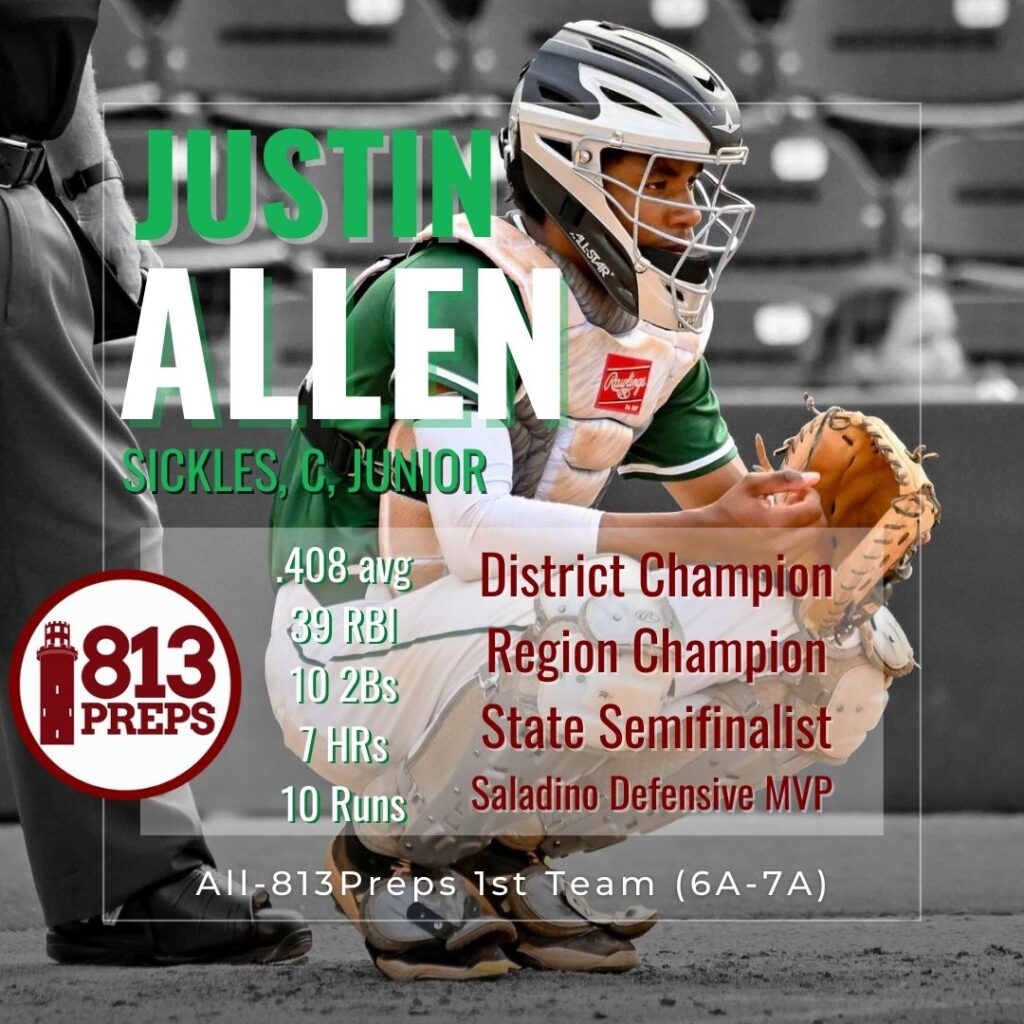 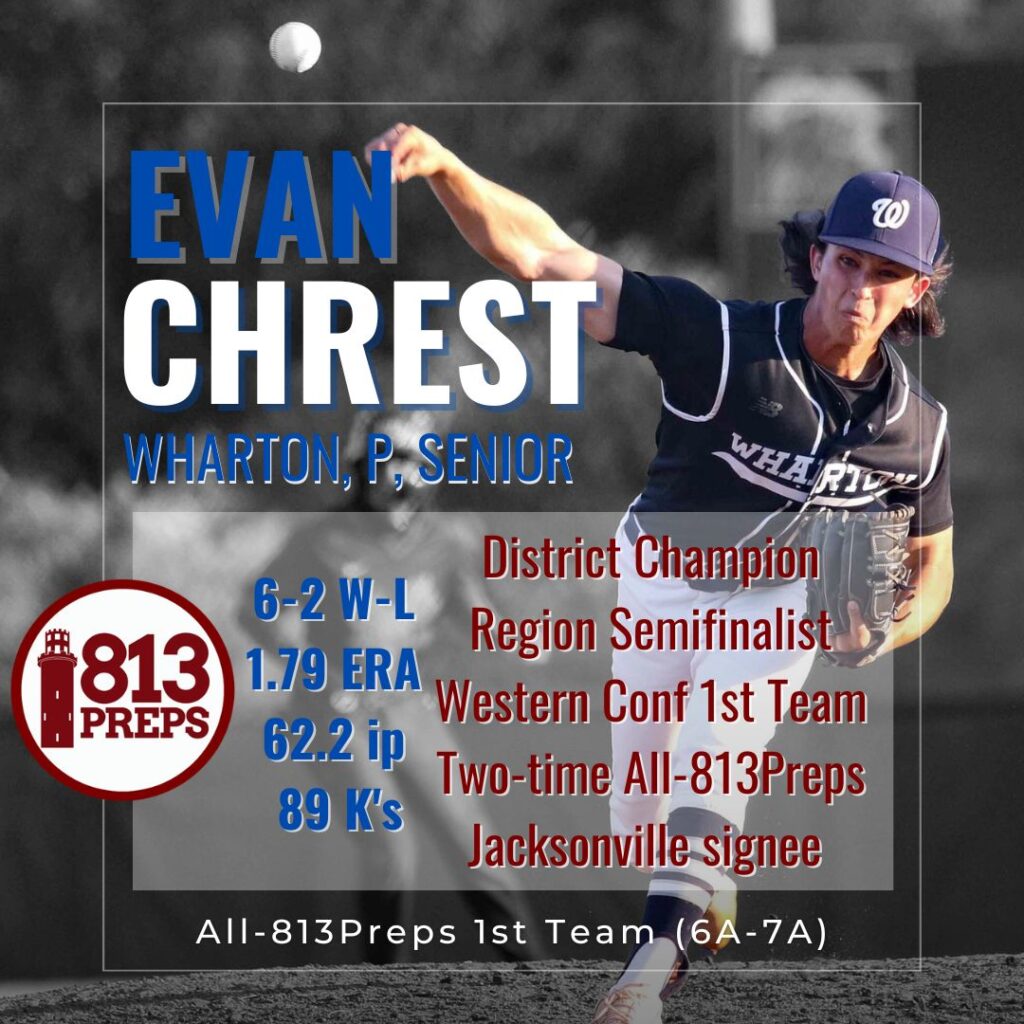 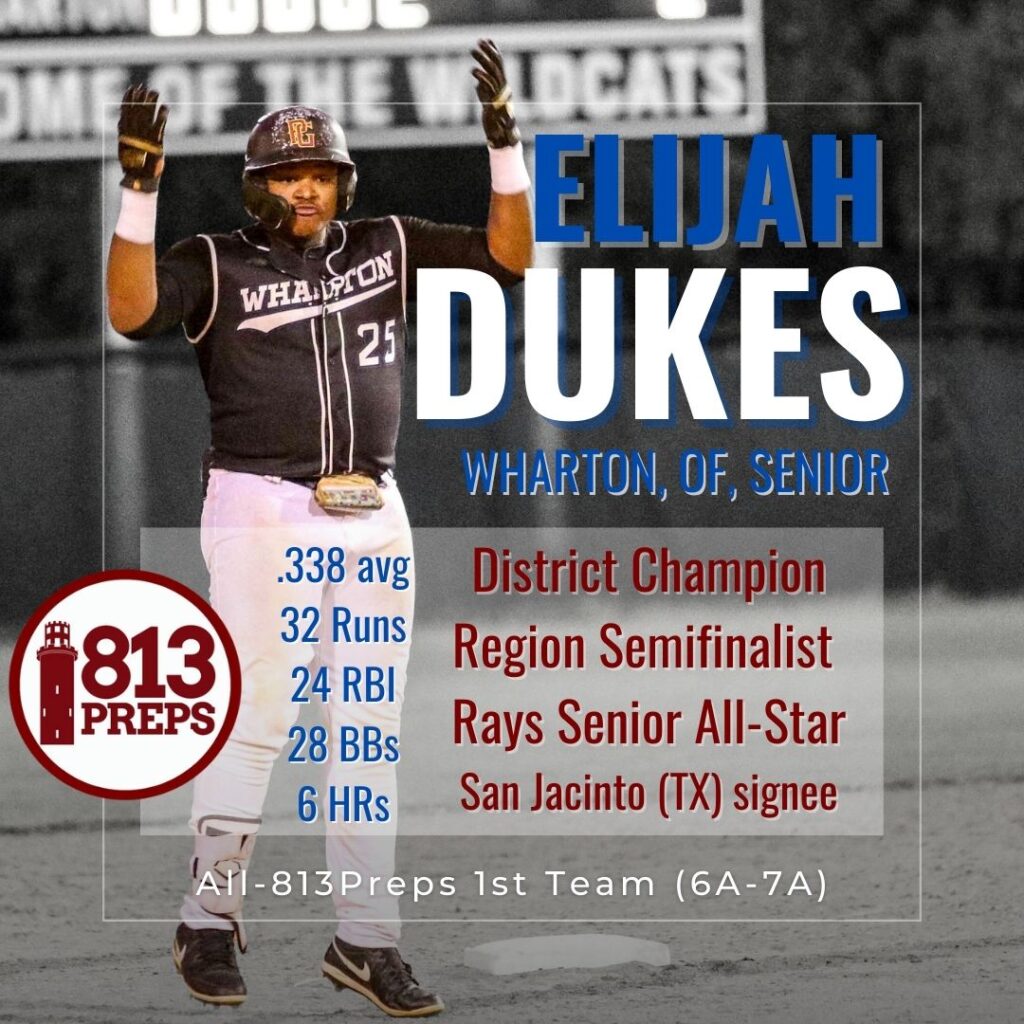 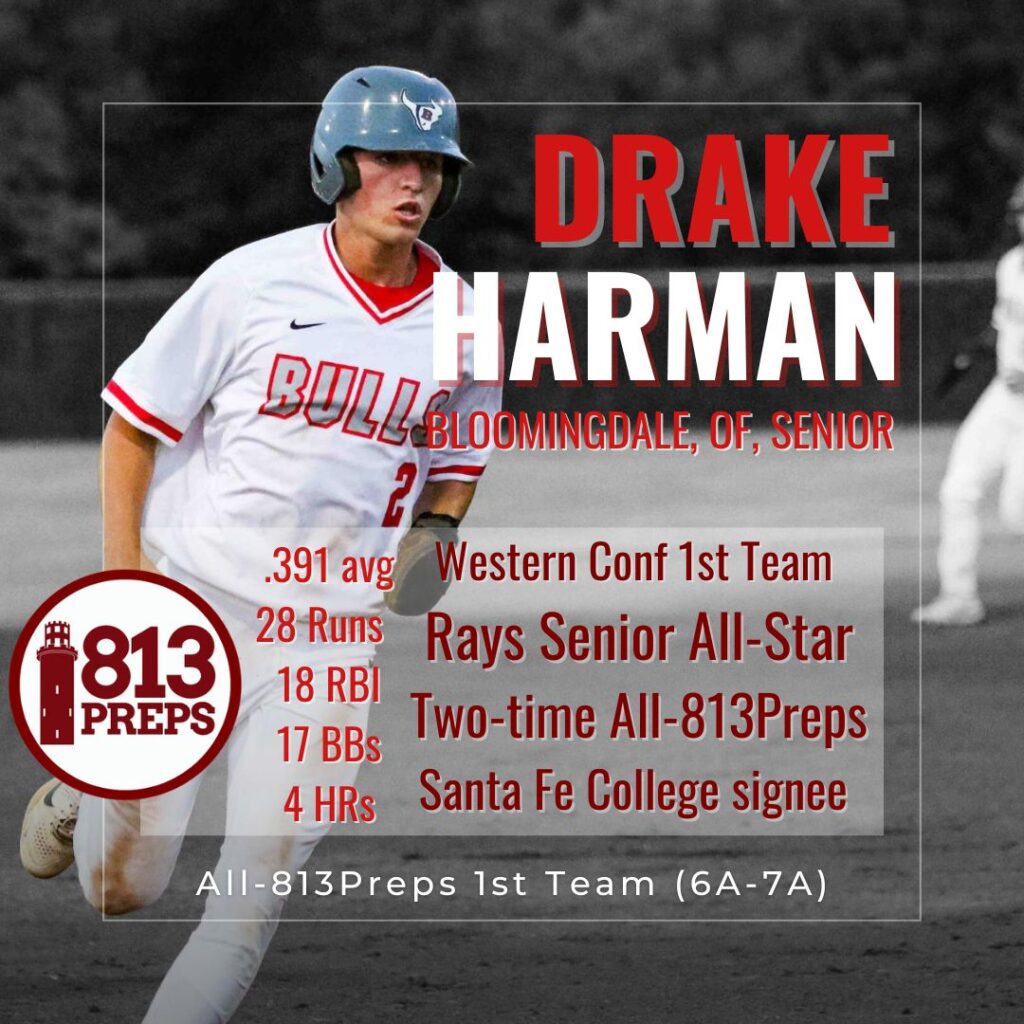 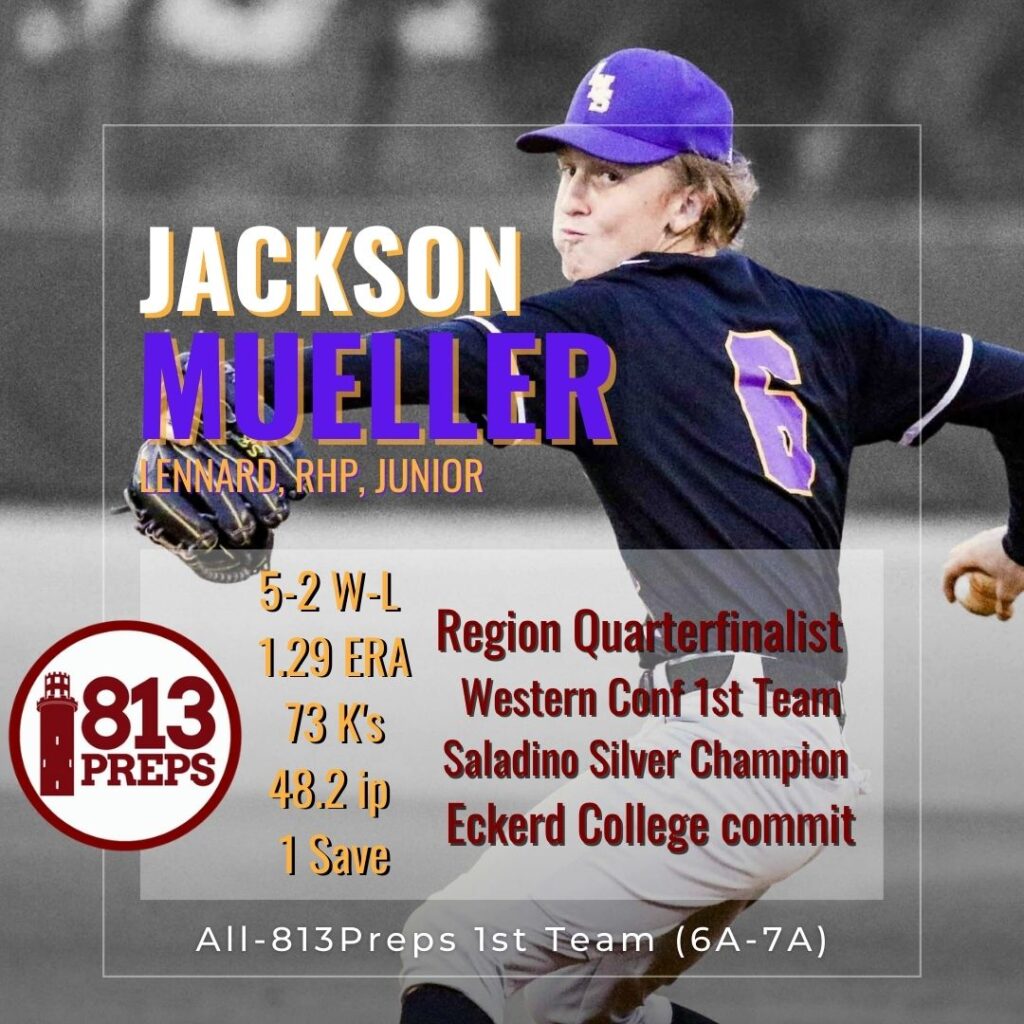 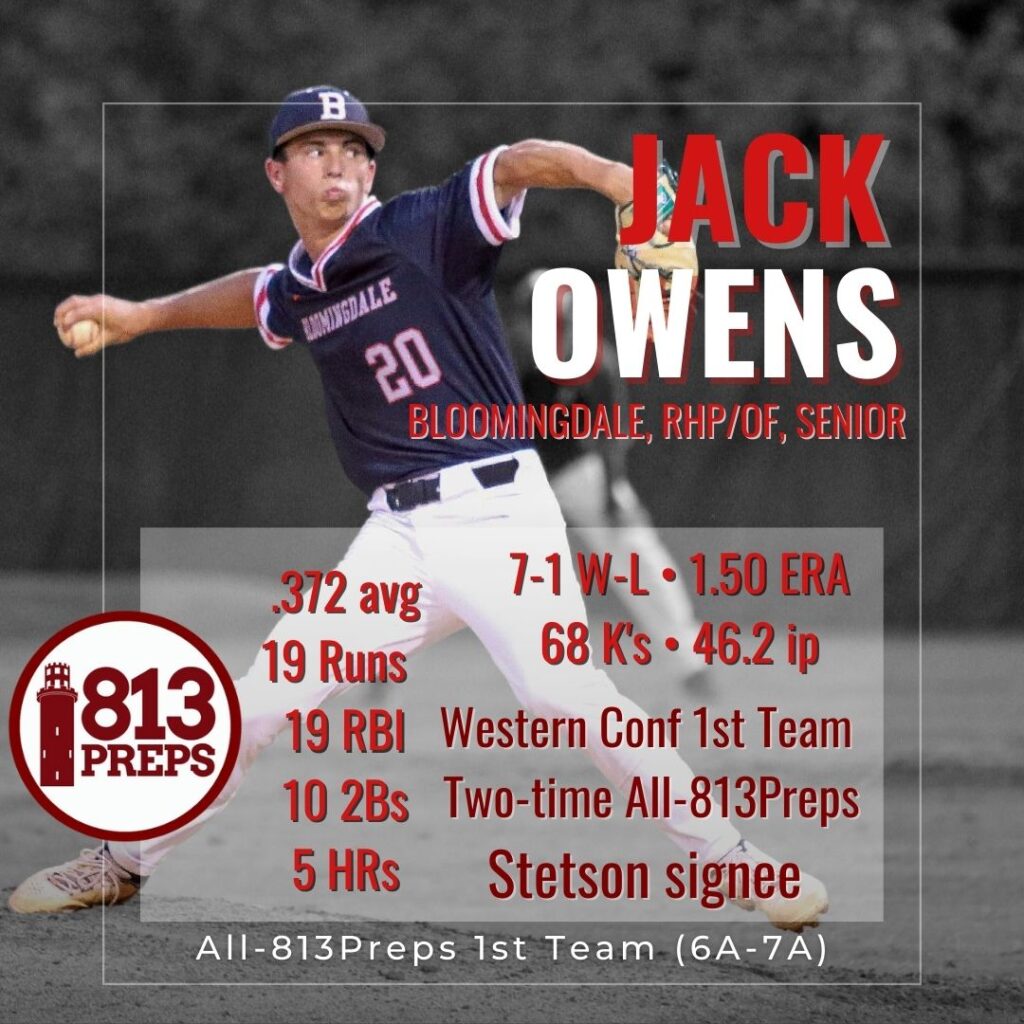 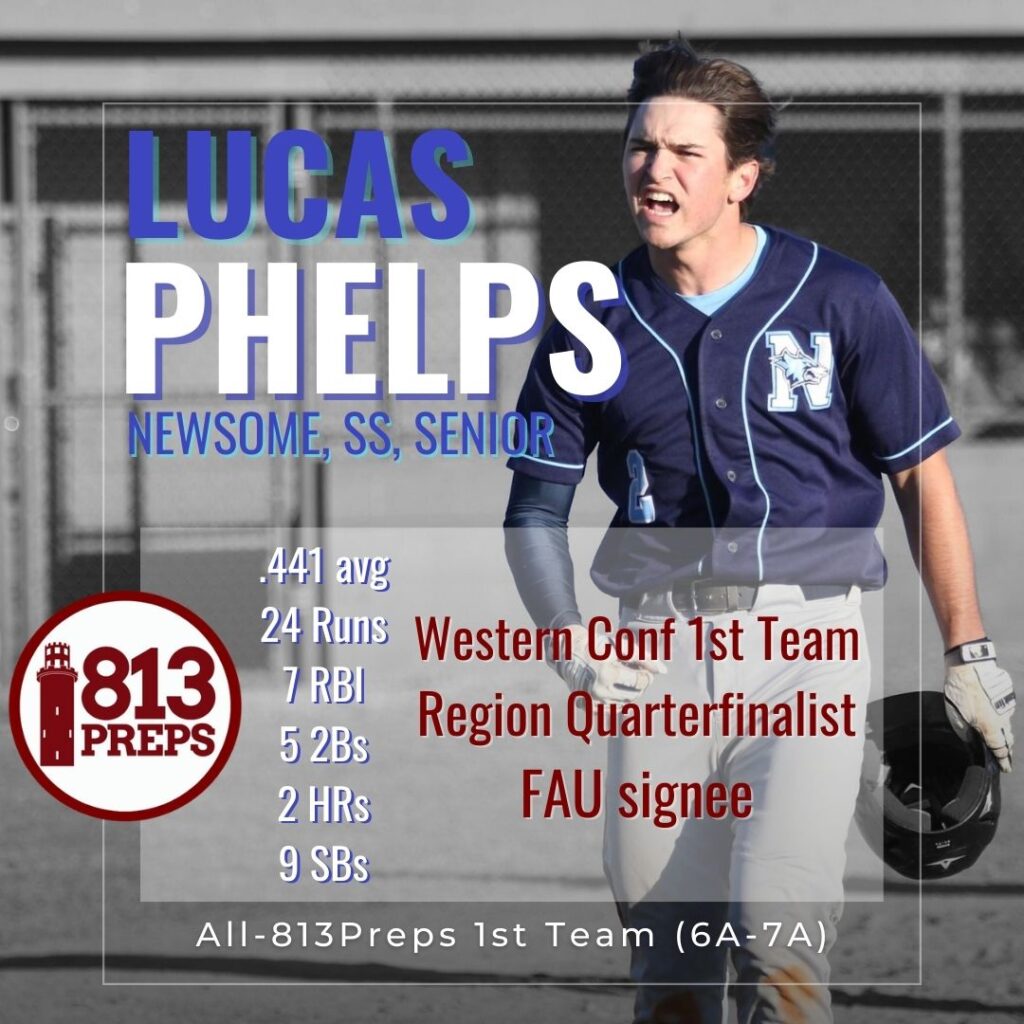 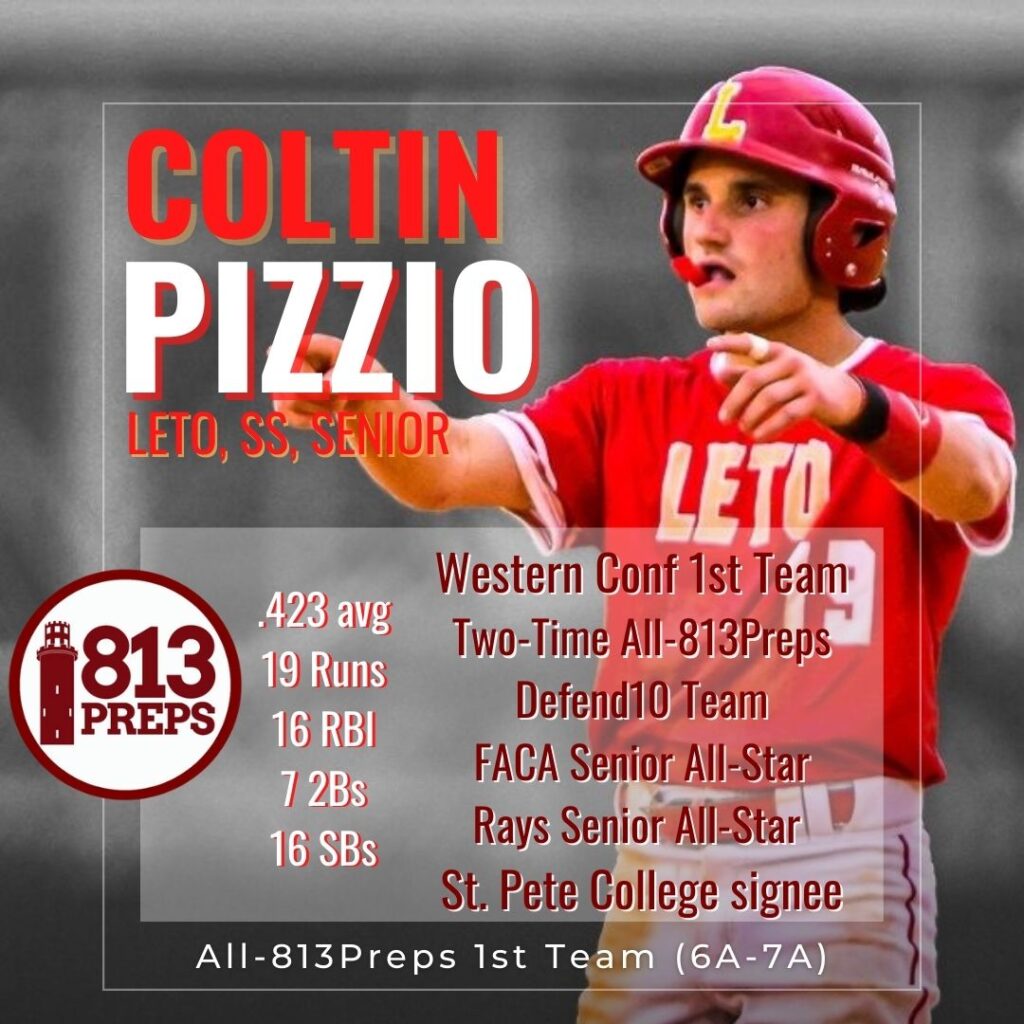 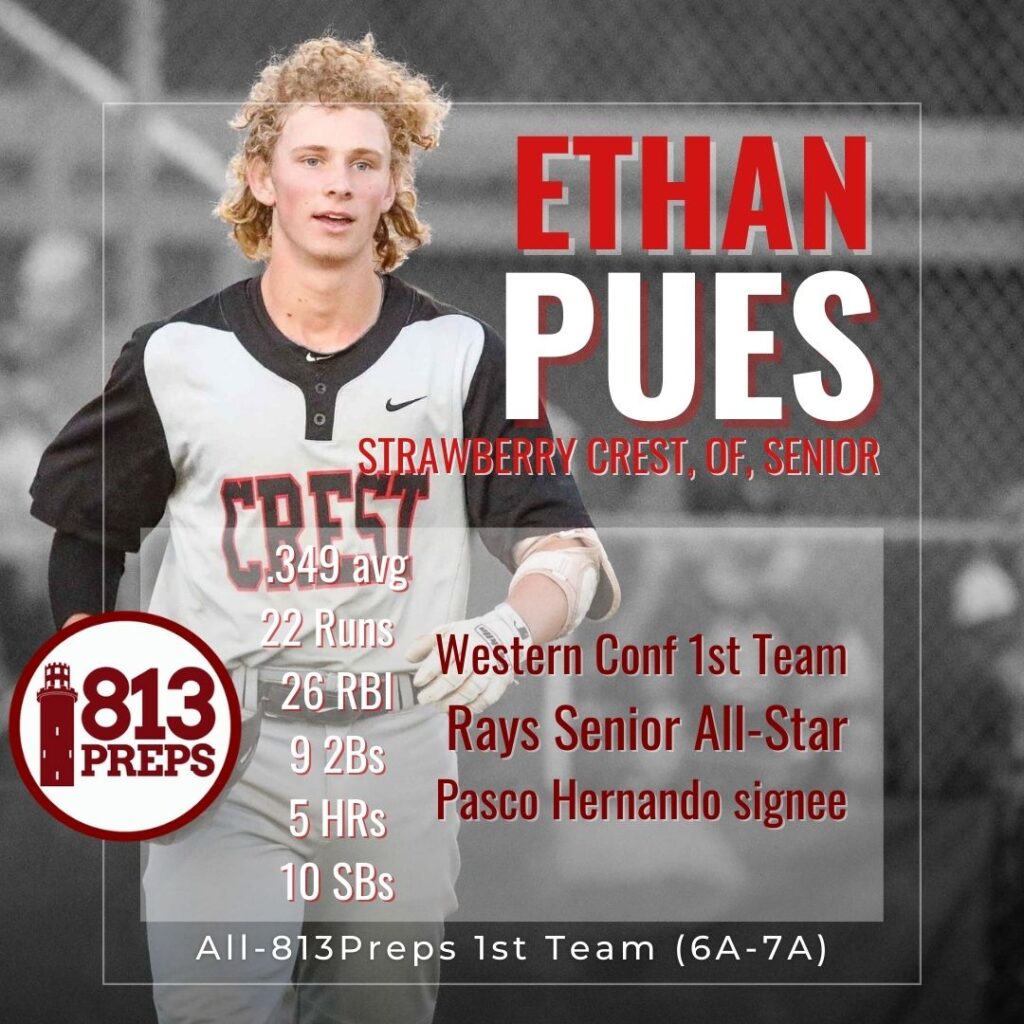 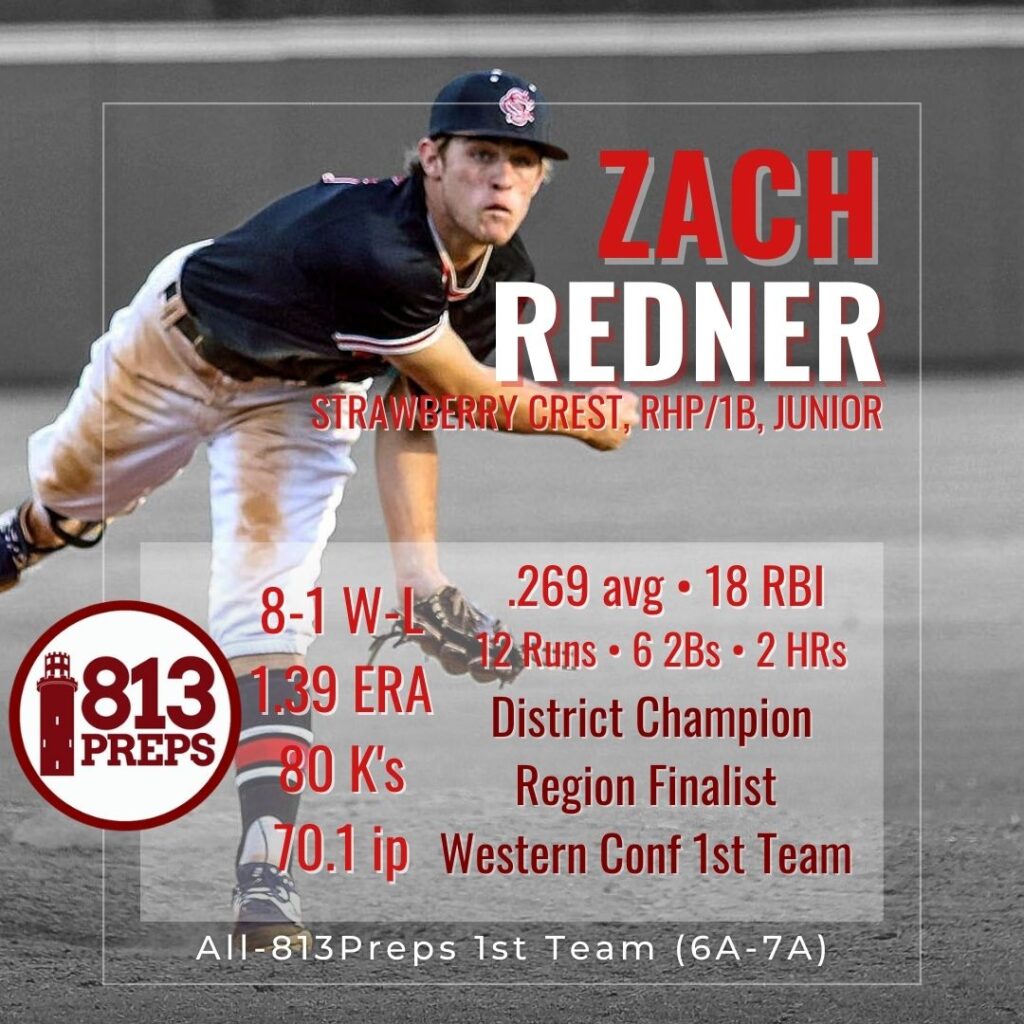 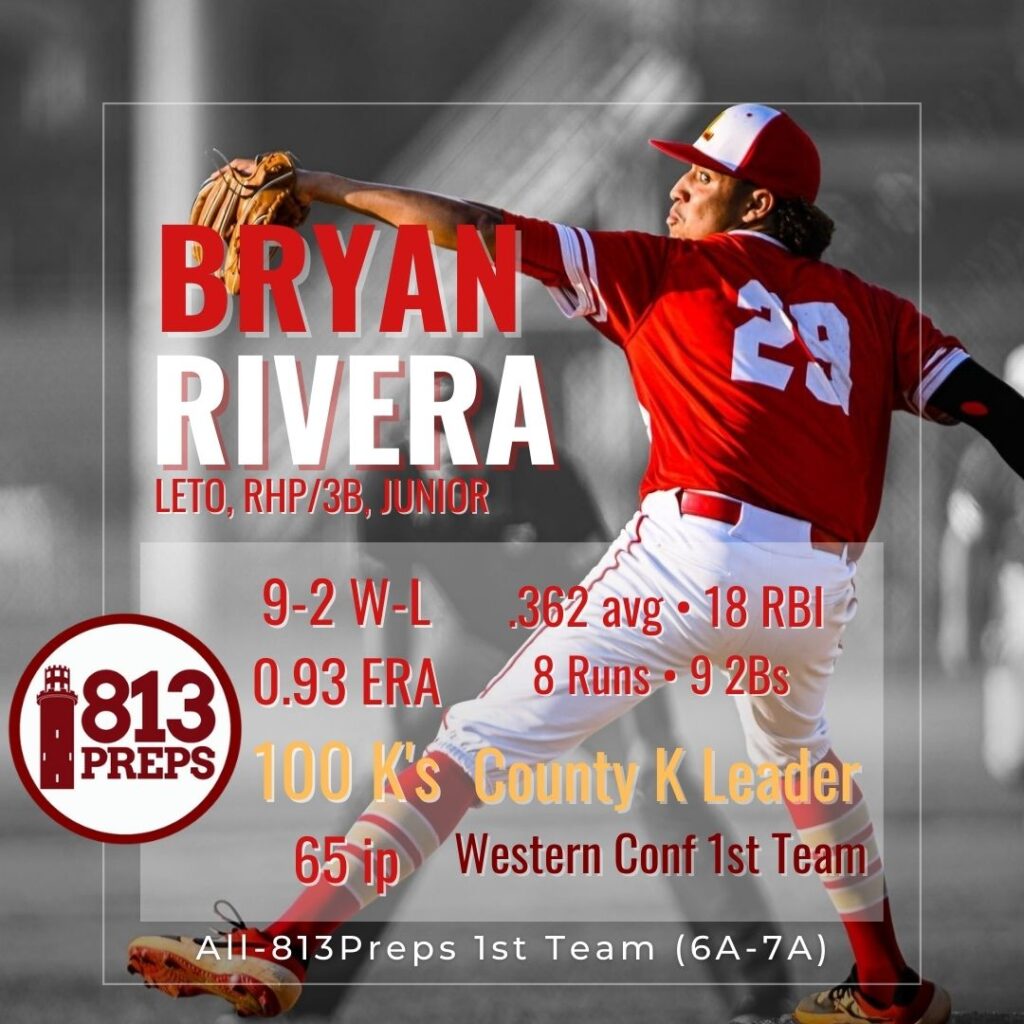 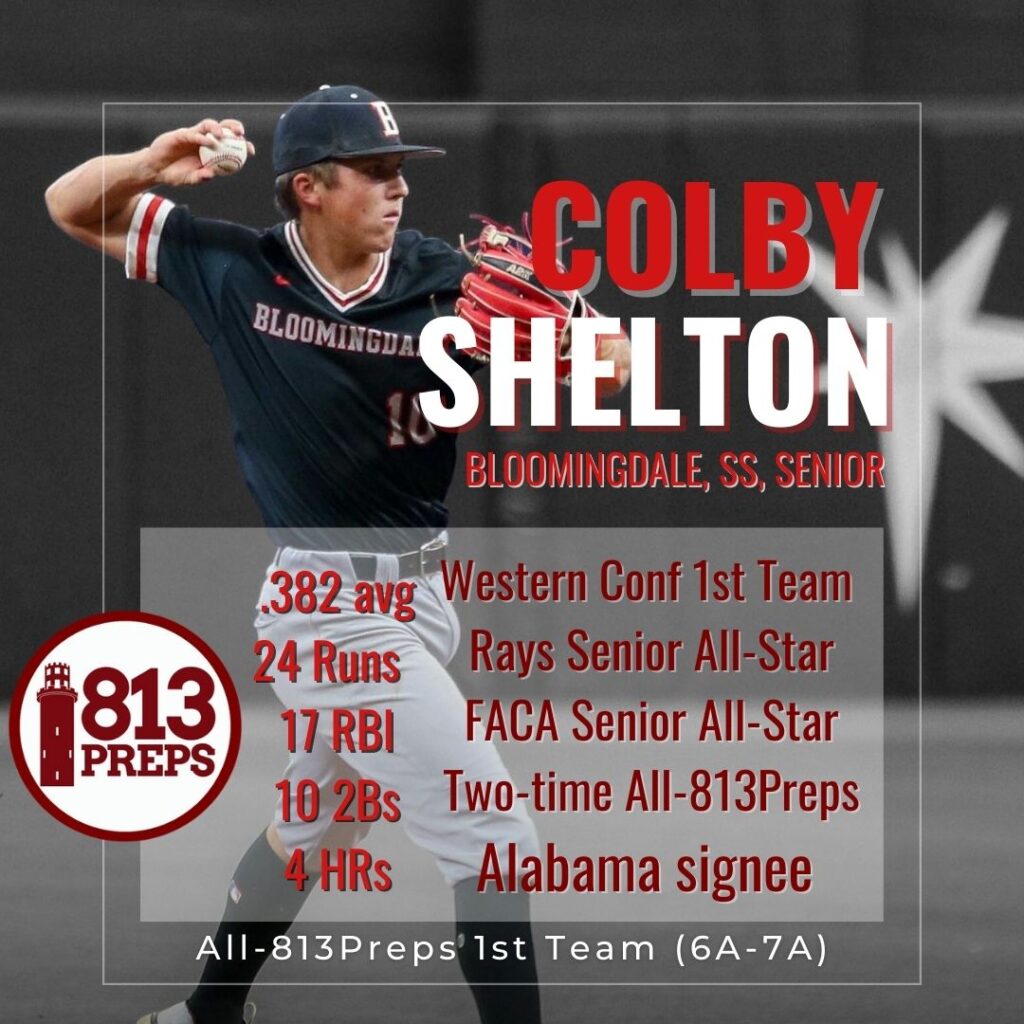 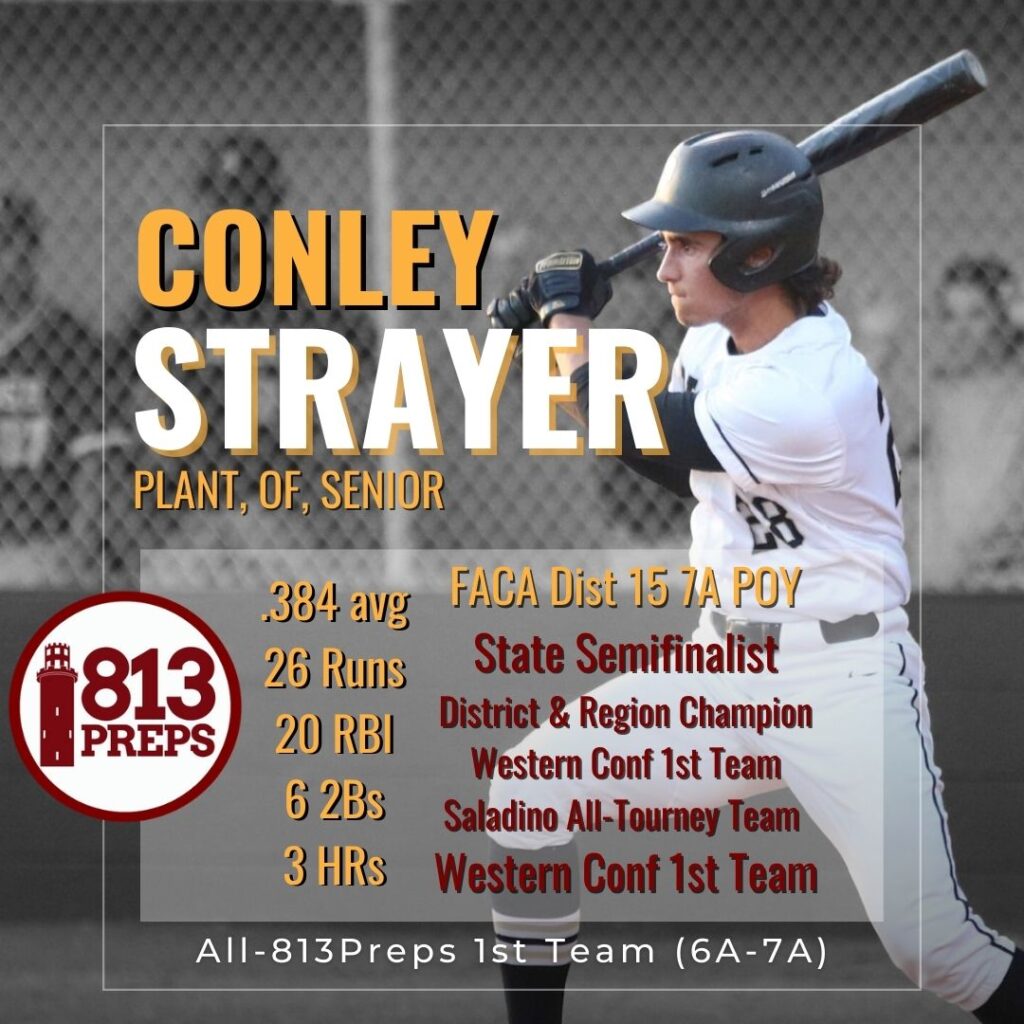 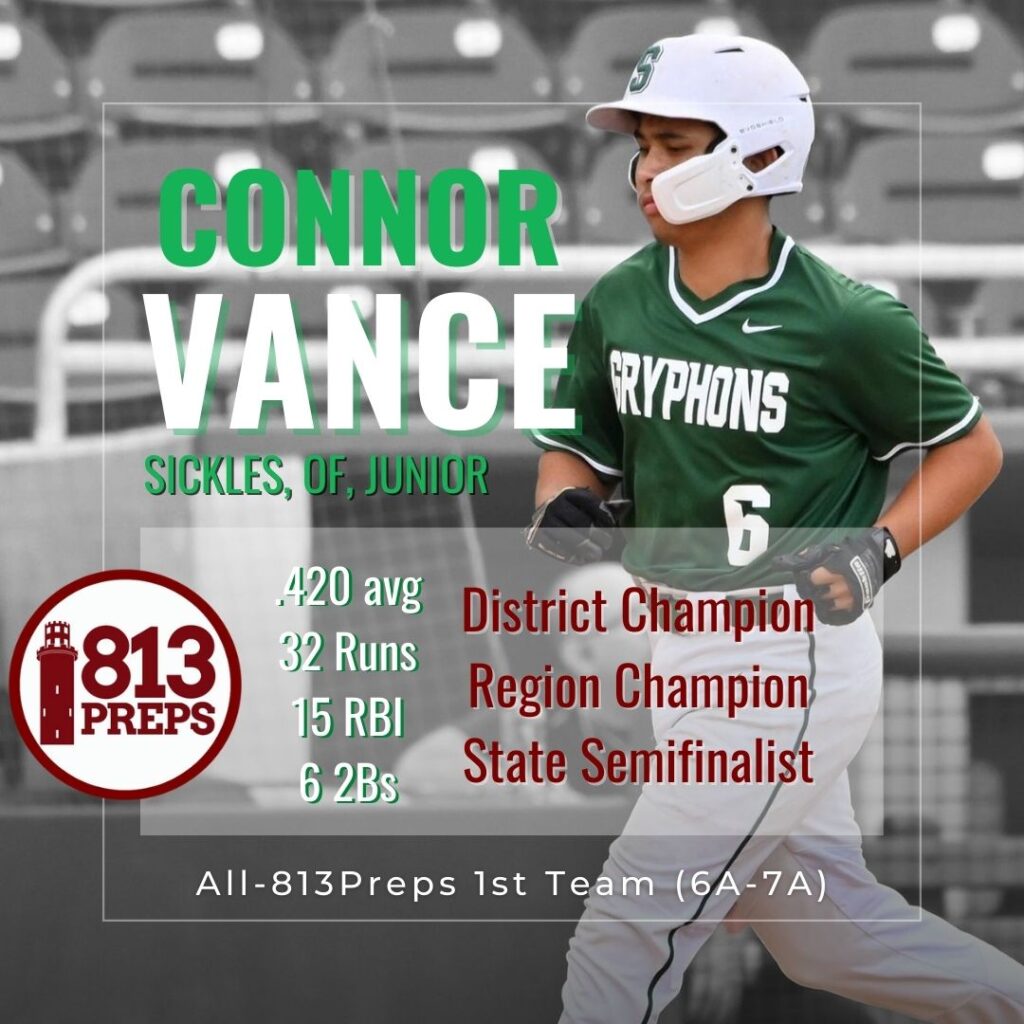 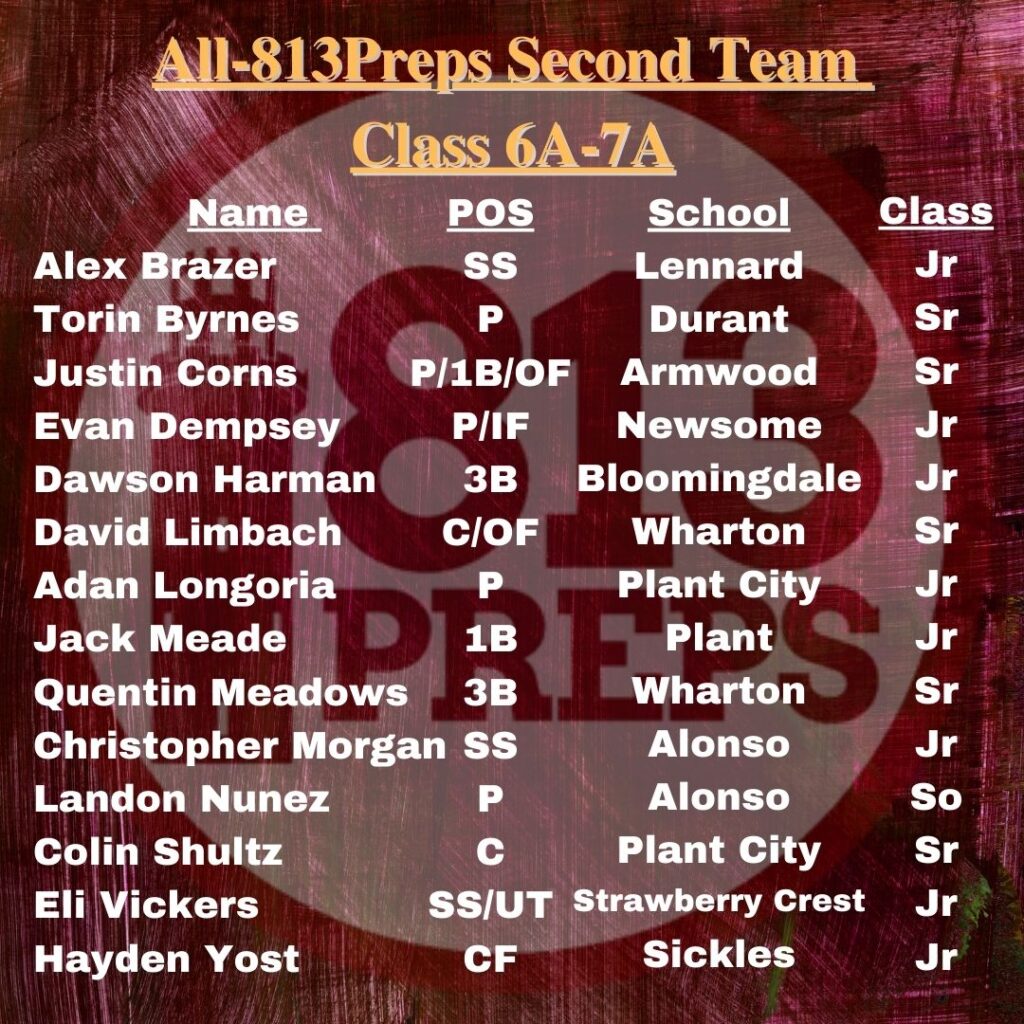