Jesuit controls second half in opening week win at Wharton 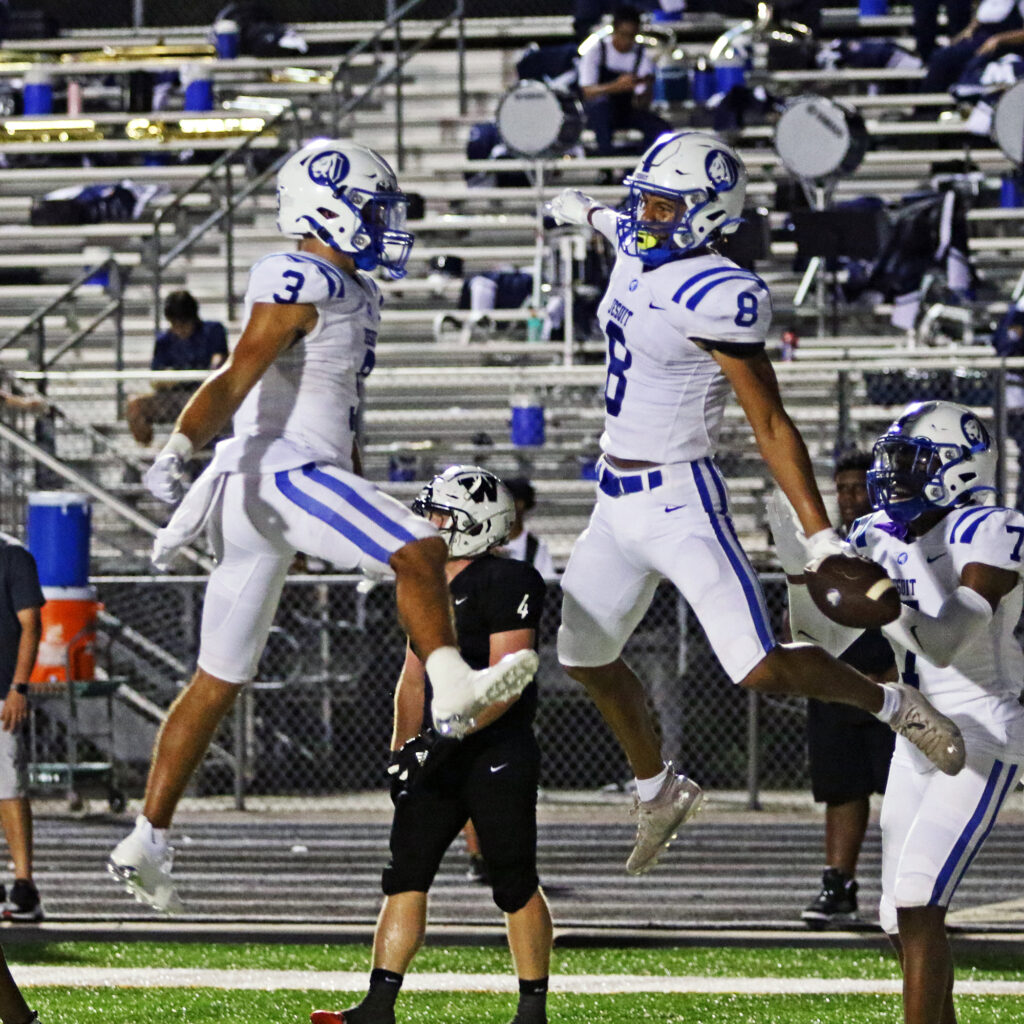 NEW TAMPA – On paper, Friday’s matchup between 2021 6A state champion Jesuit and hosting Wharton looked to be a defensive battle with both teams boasting strong and aggressive front sevens and athletes on the back end. There was also plenty of star power with the Tigers boasting Georgia commit Troy Bowles and the Wildcats countering with five-start cornerback Dijon Johnson and four-star defensive end Booker Pickett, Jr.

With points likely at a premium, the question was which offense would be able to make enough plays to pull out the victory? Would it be Jesuit’s strong ground game led by Temple commit Joquez Smith and the steady hand of quarterback Luke Knight, or Wharton’s big play offense featuring Arkese Parks and Stacy Gage. 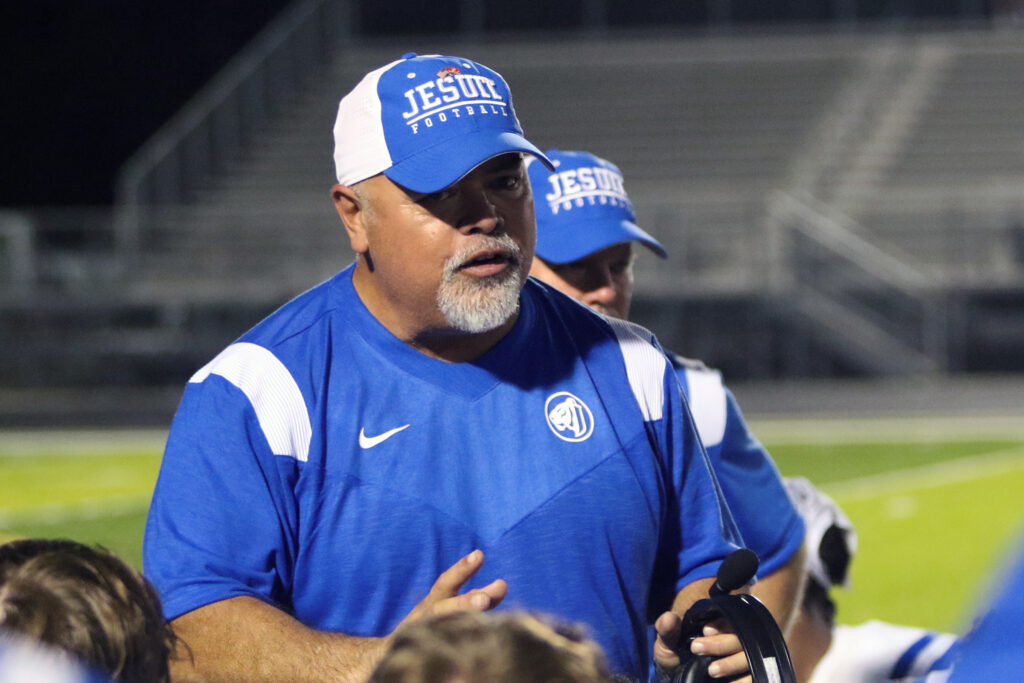 Smith would answer the question in a major way, ripping off 176 yards, including a dagger of a touchdown late in the game as the Tigers prevailed 24-13 and give Matt Thompson his 100th career win at the helm of Jesuit.

The Wildcats had several chances to get on the board early, recovering an unexpected onside kick to start the contest, forcing a fumble recovered by EJ Christmas. Each time through the first quarter, Wharton’s drives were thwarted quickly by the Tiger defense.

Wharton would finally breakthrough in the second quarter when junior signal caller Jackson Jensen (15-24, 257, TD, 2 INT’s) found Parks who outraced the secondary on a 74-yard touchdown.

“We had a bad defense called on that one,” said Thompson. “That was on us,”

Like all teams with a championship pedigree, the Tigers answered back with a big play of their own later in the quarter when Knight nailed fellow junior Willy Suarez on a 64-yard bomb to tie it up.

After a field goal by lefty Jack Ferreri, the Jesuit took a 10-7 lead into the locker room at the half. 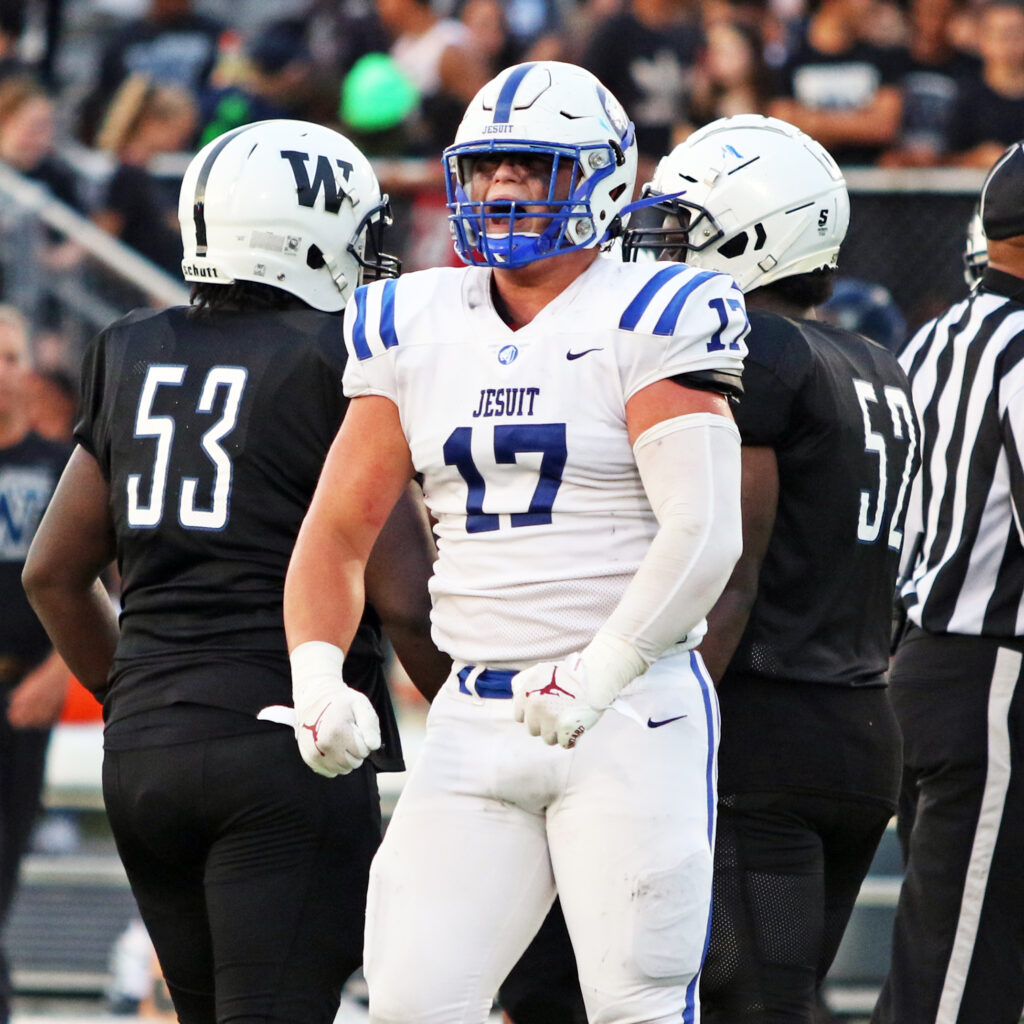 The Tigers settled into their game in the second half as Smith started to gain bigger chunks of yards after being held to 38 in the first half, and the defense harassed Jensen with Peter Pesansky leading the charge with three sacks

“I was talking to my teammates after the first sack. We all just get fired up,” said Pesansky. “I get up and do my flex. It gets everyone going.”

The teams exchanged scores in the third quarter, with Knight connecting on a 31-yard touchdown to senior Jarriett Buie, Jr., and Wharton countering when Stacy Gage went untouched up the middle from 12-yards out.

With under five minutes to go and clinging to a four-point lead, Jesuit turned to their star running back Smith and he delivered, needing just two carries to go 68 yards and scoring a touchdown to take the 24-13 lead and put the nail in the coffin. 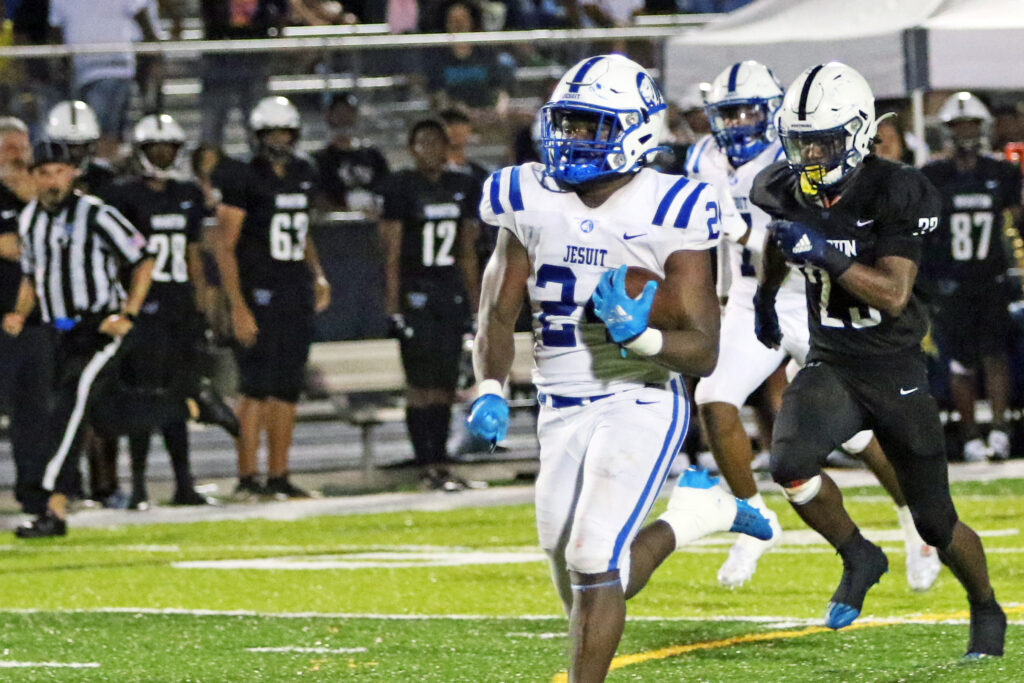 Jesuit senior Joquez Smith breaks loose late in the game for a long run prior to his touchdown that sealed the win for the Tigers (photo courtesy of Jesuit High School).

Although it was tough to fall in the opener, Wildcat coach Mike Williams believes his team will benefit in the long term.

“The ball bounced their way tonight, but what a great opportunity to come out and play a team like that,” said Williams “We played hard until the very end, so you take the bitter with the sweet.”
Jesuit goes for their 17th consecutive win next week hoisting Port St. Lucie-Treasure Coast ,while Wharton will try to even its record at Plant City.