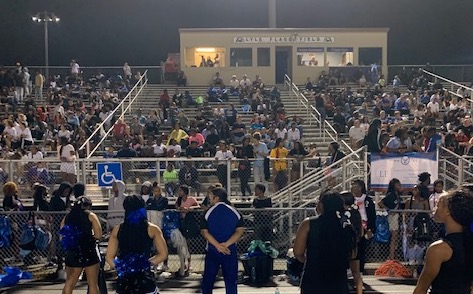 SEFFNER – The recipe for Armwood’s 27-3 victory Friday night, was a familiar one: a full serving of dominant defense, a sprinkling of big plays on offense, and a dash of special teams and sixth-year head coach Evan Davis’ Hawks are finding a groove, picking up a decisive win at home against Hillsborough.

“We’ve played two tough games to start the year for a reason,” said Davis. “I wanted to see where we were talent-level-wise. I think our kids believe in themselves and are starting to execute, communicate and play together as units out there.”

As the game began in a light yet steady rain, Armwood (2-1) took advantage of a Hillsborough (1-1) miscues when senior linebacker Damenon Hughes recovered a fumble on a bobbled pass behind the line of scrimmage. A few plays later, sophomore Girard “Gee” Pringle (nine carries, 68 yards), scored the first of his two rushing touchdowns from one yard out.

After a 34-yard Dillon Hubbard field goal for Hillsborough cut the lead to four, the Hawks answered back on a Mekhi Anderson five-yard touchdown run before the half.

The opening drive of the second half saw Armwood impose its will on the Terriers, capped by Pringle’s second touchdown, this one going for 22 yards. 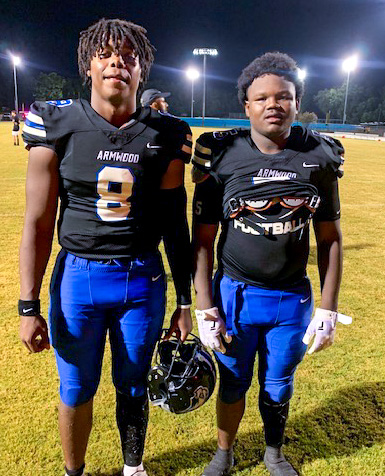 For Hawks’ senior quarterback Murdolph “Murt” Jones, seizing on the momentum gained at the end of the first half was the key to the victory.

“Momentum is everything in this game. If you got the momentum, things are just going (to happen),” said Jones. “We have a lot of young guys and we’re big on not trying to get down on them. Bad things can happen, but good things can follow that.”

To emphasize his point, Jones connected on a perfectly executed play-action pass for a 54-yard touchdown pass to Kason Stokes as the lead ballooned 24.

“That was more momentum,” added Jones. “We wanted to put the game out of reach, to discourage them, and impose our will.”

For Hughes (two sacks, fumble recovery) the legendary Armwood defenses of the past are a sense of both pride and motivation.

“I wont lie, with the past of the Armwood defense, how dominant they were, we have a lot to live up to,” Hughes said. “It starts at practice doing the little things, so we can come out here and be like the old Armwood, and show everyone that Armwood is back.”

Time will tell, but if Friday night was any indication, then the senior may be onto something.

The Hawks schedule does not get any easier after a bye next week as games with Jesuit and Wharton are on the horizon; while Big Red will try to regroup next week when the Terriers host Jefferson.