Titans overwhelm Gaither in second half 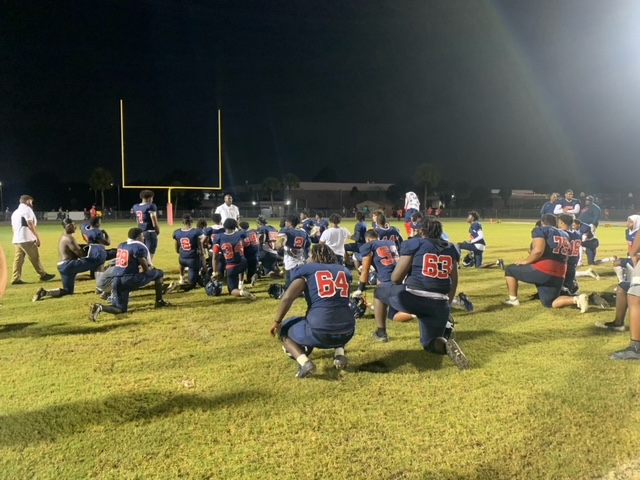 TAMPA – In 2021, Tampa Bay Tech had its best season in school history, winning 14-consecutive games and playing in the 7A State Final game.

Based on the first half of this season, it’s obvious the Titans have not taken a step backwards. On the contrary, it is legitimate to speculate that coach Jayson Roberts’ 2022 team may be his best in his 12 seasons. And with a talent rich group of underclassmen, there is no reason to think the Tech train will be stopping anytime soon.

On Friday night, Rod Gainey rushed for 161 yards and three touchdowns including a key score just before halftime as Tampa Bay Tech wore down visiting Gaither in a 54-14 Titans victory.

Click here for all the scores from Friday night’s games across the 813.

However, it was Gaither (1-3) that hushed the home crowd on the first play from scrimmage, when Ladanian Ferrell took a short Jayce Nixon pass, and outraced the defense on a 70-yard touchdown. It was the first touchdown allowed by the Titan defense in twelve quarters.

Like any team with championship mettle, Tech countered on the next series with a touchdown when Zay Washington (10-for-13, 286 yards, and three touchdowns) connected with sophomore Santonyo Issac on a 29-yard pitch-and-catch to even the score.

With both teams unable to find a rhythm, it looked like Gainey’s 20-yard touchdown in the second quarter might give the Titans a one-score lead going into the half, however Washington had other plans. 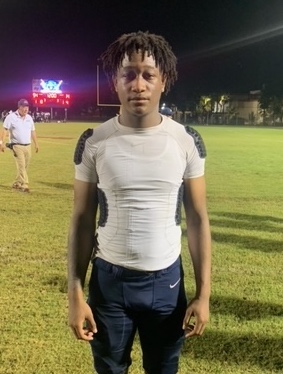 After a punt set up the Titans at their own five-yard line, Washington connected on big plays to junior Javion McKay (38 yards) and sophomore Dallas Wilson (42 yards), before Gainey walked in with his second touchdown to give the Titans a two-score lead despite a somewhat evenly played first half.

While the touchdown just before the half (and Gainey’s third touchdown of the game to open the third quarter) may have broken the spirit of many teams, Gaither coach Kirk Karesen’s Cowboys continued to fight despite bring undermanned with the likes of Florida commit Eugene Wilson and big play receiver Mike Coley on the sidelines.

When Nixon connected with a wide-open Logan Moses later in the quarter, Gaither thinned the deficit back to two scores – it was the closest the Cowboys would get, as Washington added touchdown tosses to McKay (two receptions, 59 yards) and Wilson (two receptions, 101 yards). Backup Jaden Rosebury also got into the action, finding sophomore Mekhi Penix (three receptions, 86 yards) in the end zone.

Within what seemed to be a matter of a few minutes, the Titans depth and athleticism simply took over on both sides of the ball. Not only was Tech scoring at a rapid pace, but the defense also ensured that two scores would be as close as it got. When the dust settled, the scoreboard reflected the Tech dominance.

The Titans open district play next week versus Freedom, while the Cowboys look to get back on track in a district contest of their own when Gaither hosts Hillsborough.