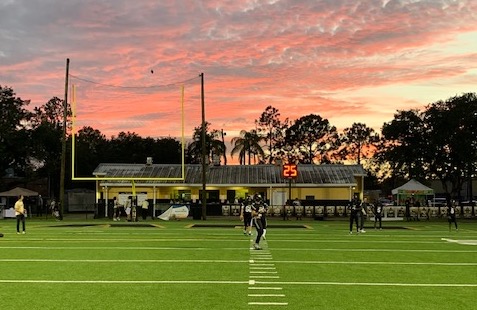 The Panthers scored touchdowns on offense, defense, and special teams capped by a Trey O’Malley to AJ Durham 52-yard touchdown with 2:13 left in the fourth quarter as Plant took the lead for good in a wild 37-34, Regional Quarterfinal win over visiting Sumner. The Panthers, in the playoffs for the first time since 2018, will play the winner of Saturday’s East Lake-Orlando Olympia in the semifinals held next Friday. The Stingrays, who have made playoff appearances in consecutive seasons, finish at 8-3.

Durham’s game winning touchdown to overcome the late fourth quarter deficit was the last of several Plant (9-2) comebacks on the evening. Sumner jumped out to 20-0 lead on rushing and passing touchdowns by quarterback Greg Smith, and a rushing touchdown by Kade Ray before the Panthers got on the board just before the half. Plant also overcame a 14-point deficit midway through the third quarter to eventually tie the game at 27 going into the final frame. 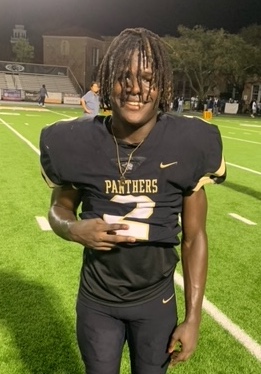 One of the scores that erased the 14-point deficit was a 95-yard kickoff return for a touchdown by senior Jaquez Kindell. Following a long drive by Sumner, and Smith’s second rushing touchdown of the game, Kindell answered right back with the momentum changing special teams play.

“Its all about the momentum. They had a lot of it. They went up on us, and we had to steal it back,” said Kindell. “The game just gets slow every time I touch the ball. We have great blocking on kickoff returns. They made the play; I found the hole and just used my speed.”

An equally big special teams play came off the leg of soccer player turned placekicker Camilo Nanfra, who booted a 38-yard field goal  in the fourth quarter to give the Panthers their first lead of the game.

“Camilo had never kicked before this season. He was a soccer player,” said Plant head coach Hank Brown. “He has an electric leg. We practiced field goals all week, and he came out and executed. That three points made a huge difference.”

The other score to overcome the deficit was a defensive touchdown, courtesy of a snap over Smith’s head and recovered in the end zone by Plant senior Rodes Robinson.

While Smith had a great night through the air (20-29, 204 yards, two touchdowns), he dazzled the crowd at Dad’s Stadium on the ground with an array of runs showing off speed, moves, and even some power. The 6-foot-3 junior finished with 194 yards on 26 carries and a pair of touchdowns. 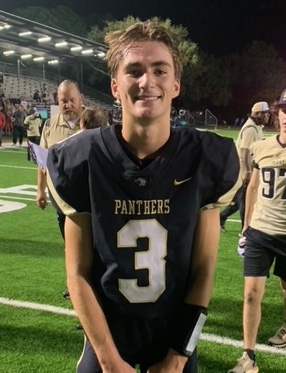 In addition to his game-winning touchdown toss, O’Malley got the Panthers on the board with their first touchdown, a 24-yard toss to Kindell, and on a three-yard quarterback sneak in the second quarter.

It was a big night Brown, notching his first playoff victory as a head coach of the Panthers. Plant is now 15-6 in overall in his tenure at his alma mater. Brown knew coming into the game it would be a challenge to earn the victory

“Sumner is such a good team. Tremendous athletes and so well coached,” said Brown. “They got up on us pretty big. We made some adjustments at the half. They have some special talent over there. We were fortunate to get the win.”