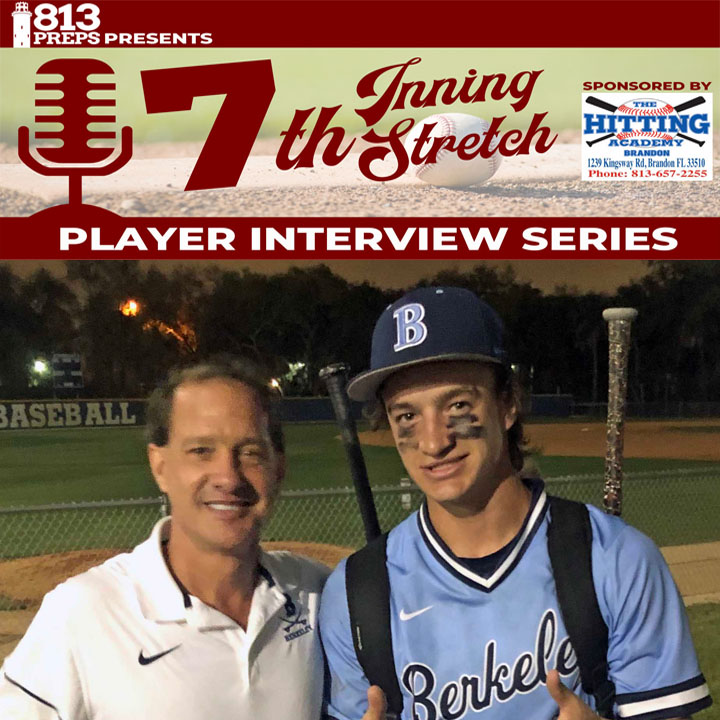 Today we continue with Part Two of our conversation between 813Preps editor Jarrett Guthrie, Berkeley Prep senior centerfielder Alex Haire and his father, Dr. Stephen Haire, president-elect of the medical staff at Morton Plant Hospital in Clearwater, as well as the hospital’s Emergency Medical Director (to learn more about the Morton Plant Mease Health Care Fondation and how you can support the doctors and medical professionals there, click here).

In Part One of our conversation (which you can catch up on by clicking here) we spoke with Alex about his senior season, how he was staying active during the “safer at home” mandate, and discussed both Alex and Dr. Haire’s favorite sports movie. In today’s conclusion of the conversation we changed gears a bit.

See where our conversation went from there …

As planned, our discussion turned a bit toward the father, Dr. Stephen Haire. We started to get beyond the world of baseball some, and focus on questions that I had, and hoped would be informative to our 813Preps audience as well …

Guthrie: Dr. Haire you are in a unique position from myself and I think a lot of our audience. From your position in the ER you must be seeing people’s reactions to concerns about of having this virus, or combatting the fear surrounding that, if there was one thing you wished the general public had a better medical grasp of, what would that be?

Dr. Haire: I wish the public would have had a better grasp on the seriousness of this a lot earlier. We have improved, done a better job of social distancing, wearing masks when we are in public, and early on we didn’t have a great handle on that, but it is improving rapidly. I wish mass-gatherings were canceled a little earlier, but hindsight is always 20/20. My advice now is to wear a mask if you have to go to the grocery store, but don’t go anywhere else. Stay at home. I’d love to stay home with my family for a month, ride bicycles, play board games, but that is not what I signed up for, I accept that responsibility to go to work every day and I think people are starting to get that and I hope that continues.

Guthrie: Dr. Haire, I think a lot of people felt or feel helpless here because we don’t know enough about this virus. Does having the medical knowledge put you more or less at ease than the rest of us?

Dr. Haire: I think it puts me more at ease because I have an understanding and knowledge of the facts a bit. I’m able to sort out fact from fiction. I’m able to work with and prepare a team, while we observe what’s happening throughout the country and therefore, we are prepared should that surge come. Obviously, we hope that it never does, maybe some blessing of God wipes this away, that would be wonderful. But I believe I work with the best team in the world and I’m confident we are prepared to face this thing, whatever comes.

Guthrie: Obviously, things are being taken away from all of us right now. For you Dr. Haire, how do you balance the want as a father of a student-athlete – who wants to see him compete, with the knowledge as a doctor that the postponement and cancelations are what’s best for peoples’ health and safety? 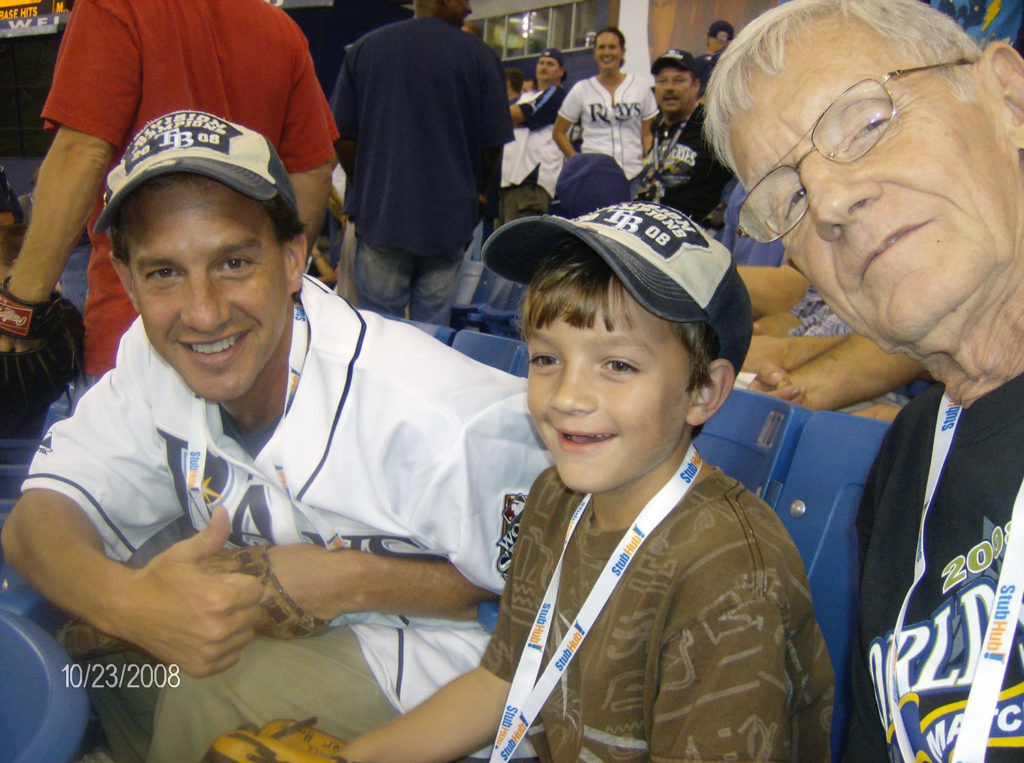 Stephen, Alex and Bill Haire at Game 2 of the 2008 World Series at Tropicana Field (photo provided).

Dr. Haire: That’s a really good question. Four years ago, my wife and I searched out the best opportunity for Alex, academically and athletically. We sat down with (Berkeley Prep athletic director) Bobby Reinhart and Coach Richie Warren, toured the campus and decided this was the place for Alex … Alex asked me to have dinner before this season, and I was surprised because this had never happened before. We sat down and he said, ‘let’s make a lineup,’ and we did. I’ll cherish that day forever. We went over all the lineups and talked about this year. I told him, ‘his team was going to go undefeated, and win a state championship.’ Well, they are undefeated, so yeah, my desire to watch my son and all of our kids win a championship this year have been on hold, but Alex will live to shine another day. Like Coach Warren told our kids, “Right now it’s about we, and not me.” We are all in this together and that’s what we all have to remember.

Guthrie: Like a lot of people, I think the first time the severity of this started to sink in for me was when the NBA halted its season, then the NHL, NCAA, MLB and others followed suit. Do you think it’s interesting that sports had a role in spreading the awareness of how big a deal this was? 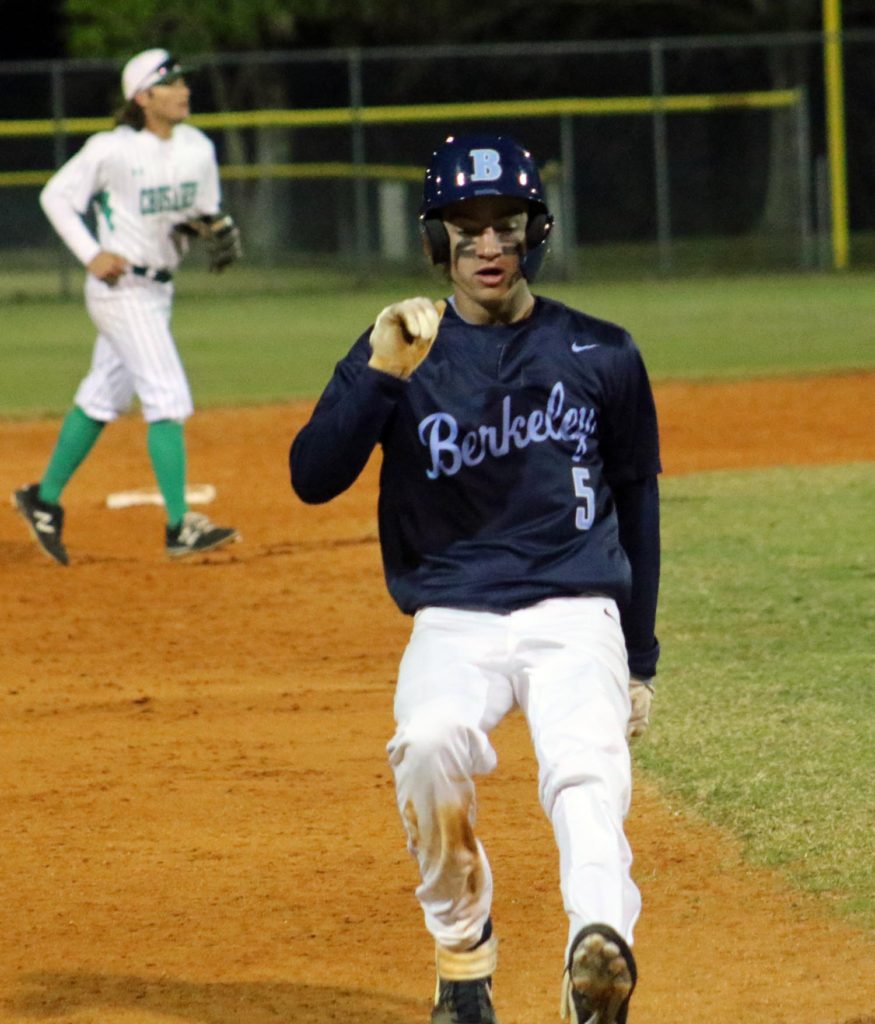 Dr. Haire: I applaud the NBA, I really do. At least for now, putting a hold on the season until we figure this thing out. Think about how tough a situation that decision must have been for them at that time … These stoppages are tough for people and there may be some who are critical of these stoppages and cancellations, but in the words of Bill Gates, ‘Life is not fair. Get over it.’ Try and find positives in everything. You learn more from failing sometimes than succeeding. We are all missing out here, I miss my friends, the other Berkeley Baseball parents. I miss my friends who are parents of players on other teams. We might be playing against each other, but win or lose we are still friends after the game. I think we all miss each other right now.

Alex: My senior year being taken away is obviously not the best thing, but knowing that everyone around the country is facing the same sort of thing, knowing that we all have been dealt these cards, you can either wear a frown and be super negative, or you can try and find joy in other things. I’m finding joy in being with my family, from being able to take classes from home, from talking with my friends on the phone.

Our conversation evolved as we spoke, even to the point where Alex took over the role of interviewer posing questions to his father …

Alex: I have a few questions for my Dad, I’d like to know who you think are the coaches from my past who have played a key role for me and my playing career? 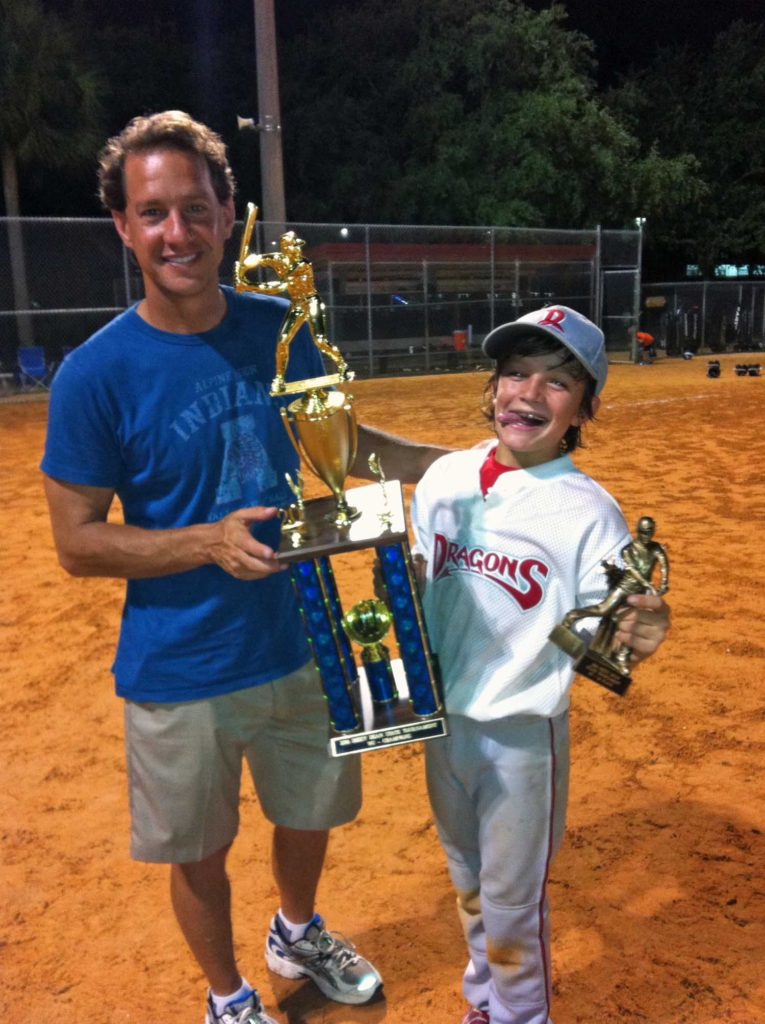 Dr. Haire: I think back to when you were 6, 7, and 8 years old, and there is someone I really want to call out and that is Shane Wright. He coached Alex when he was from 8-to-12, his son is Blake Wright at Clearwater Central Catholic. Sometimes you are a great coach for older kids, but those who know how to coach younger kids are really special. (Wright) is the most positive person you’d ever meet. He’d be coaching a game and we may be down 10-0 and he’d come up with things like, ‘we are going to go out there and score two touchdowns, so go out and do it.’ Always had a positive spin on everything. Jason Miller with the Top Tier Roos (travel organization) is exceptional developing young baseball talent. Miguel Cairo, 25 years of MLB experience coaching your kids, you can’t match that … and one more of course, I have to shout-out Richie Warren. He’s Alex’s role model and took him under his wing as a freshman. He recognized his talent, and through his injury last year, Coach Warren never gave up on Alex. I think those are all coaches who served Alex well.

Alex: What are some of your favorite memories from my baseball career?

Dr. Haire: I think Jarrett touched on it a bit earlier, but what is never reflected in a boxscore is defensive play. Unless you’ve been to a game and been able to see some of your defensive plays in centerfield, it’s hard to imagine. I love seeing a ball hit over (Alex’s) head, seeing him turn around and run toward the fence, only to turn back around and make that catch. He can catch them to the left and to the right, but watching you turn around run straight back and everybody says what’s he doing? Only to see you make that catch, that’s the dream, that’s a game-changer. That game-winning hit (a walk-off home run) against Calvary Christian this year was pretty great as well. Coach Greg Olsen is a first-class person, with a first-class team, and I don’t think anyone lost that game. We may have had more runs at the end, but you had two class coaches, two class schools, two class baseball teams. That was a special game. 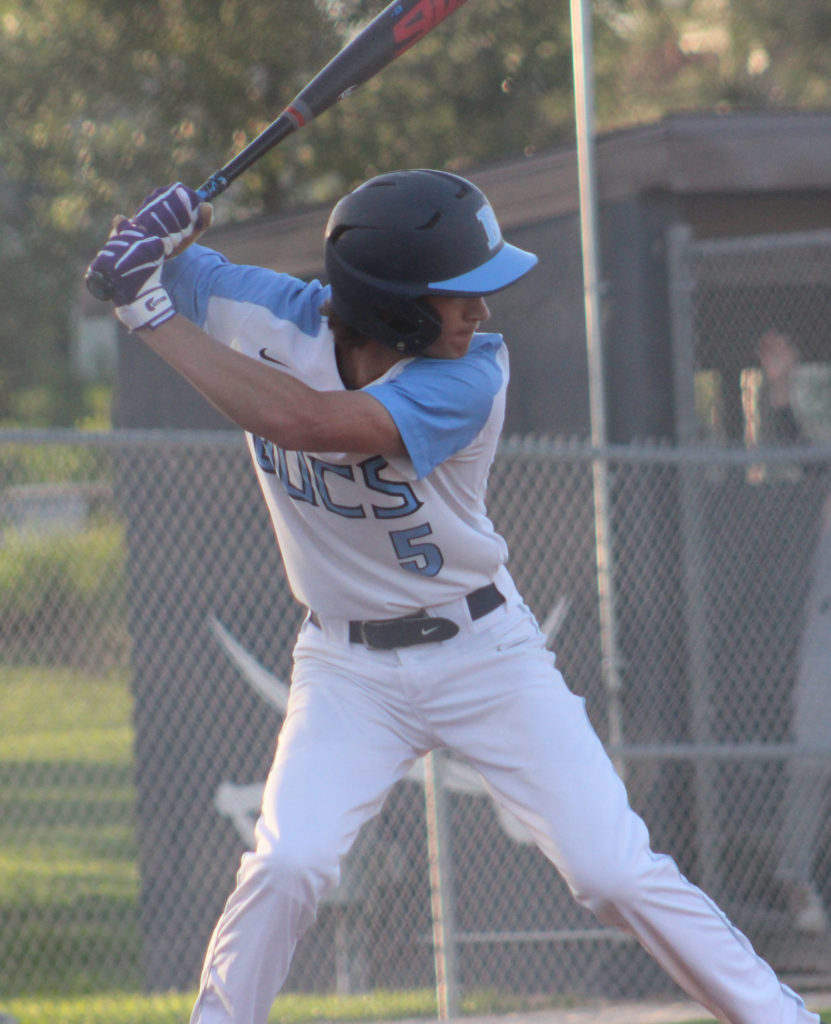 Alex: What do you think the best team I ever played for?

Dr. Haire: In your entire life?

Guthrie: Alex, I know you have had some opportunities and discussions with schools, but for you, what would the opportunity to play at the next level mean?

Alex: It would mean a lot. Having this season cut short, I don’t want to have already played my last competitive baseball game. It would mean everything and I really hope I get the opportunity to play the game I love … I would say this has made me even more hungry to compete, and I’m optimistic we’ll have the opportunity to keep playing this season in some form and chase a championship. I’ve had all this down-time, but I’ve stayed focused, worked on getting big and stronger. This break has definitely added some coal to the fire. 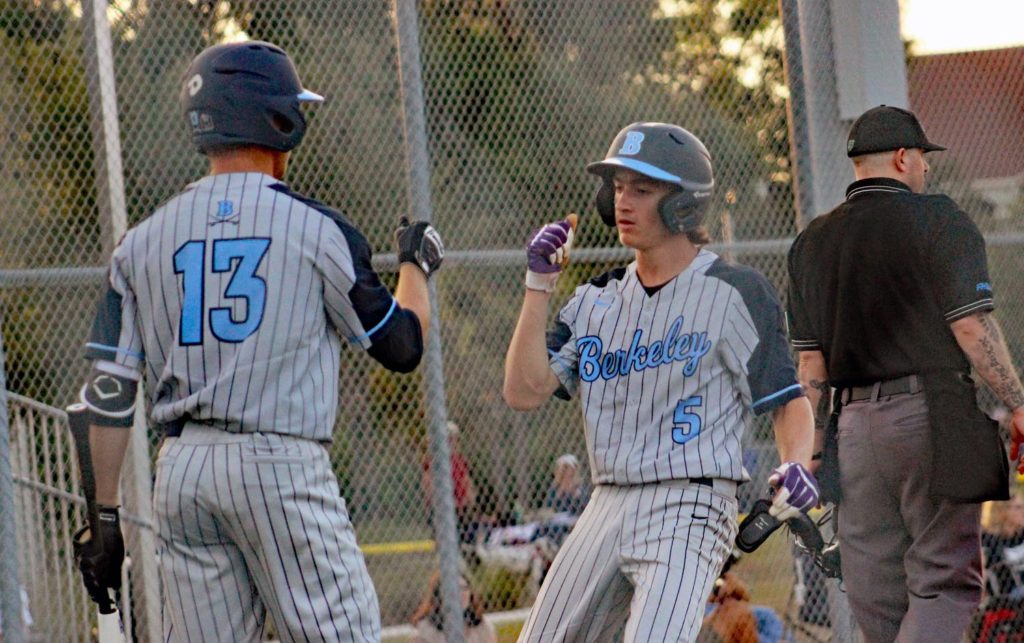