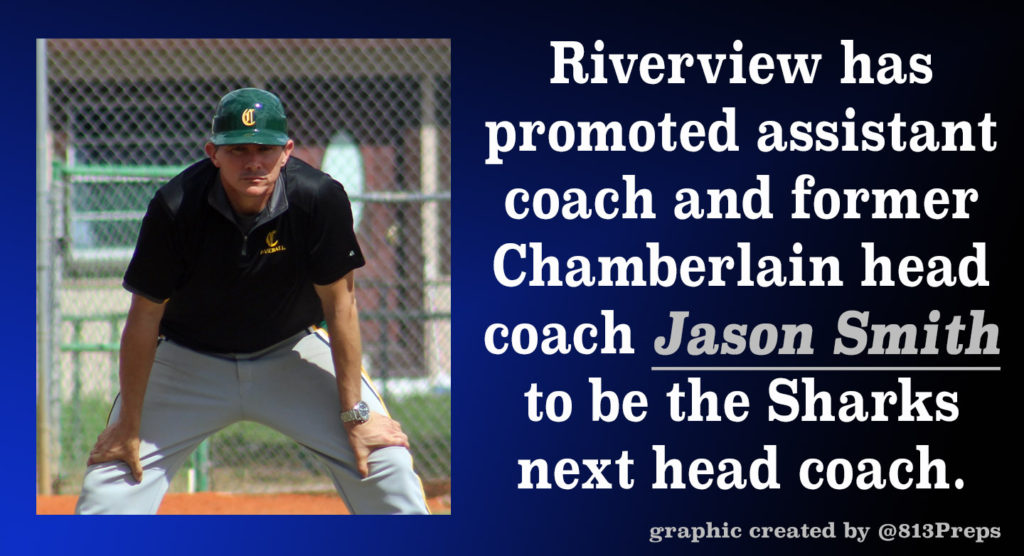 RIVERVIEW – Jason Smith said he didn’t see any other option. The former head coach at Chamberlain High, who spent last season as an assistant coach at Riverview, said it never occurred to him not to step up in July, when then-Sharks head coach Matt Stallbaumer took a new position away from the program. Smith, 45, who currently teaches History at Tampa Bay Tech, continued to serve the Sharks, preparing the team through COVID-safe summer weight programs, spent the past several weeks preparing and coaching his team during an independent Fall Ball season start, ran Fall camp tryouts, and has continued to run an active social media campaign recognizing his players hard work this off-season.

On Saturday, those efforts were recognized as Riverview tapped Smith to take over as the Sharks’ next skipper, he said in a phone call with 813Preps.

“I’m glad the process is settled, and now I’m excited because I know there is a lot of work to do,” Smith said. “These guys have treated me as their head coach since day one, since Matt (Stallbaumer) left, and so we are in a great place, with a really strong program and I’m really excited. 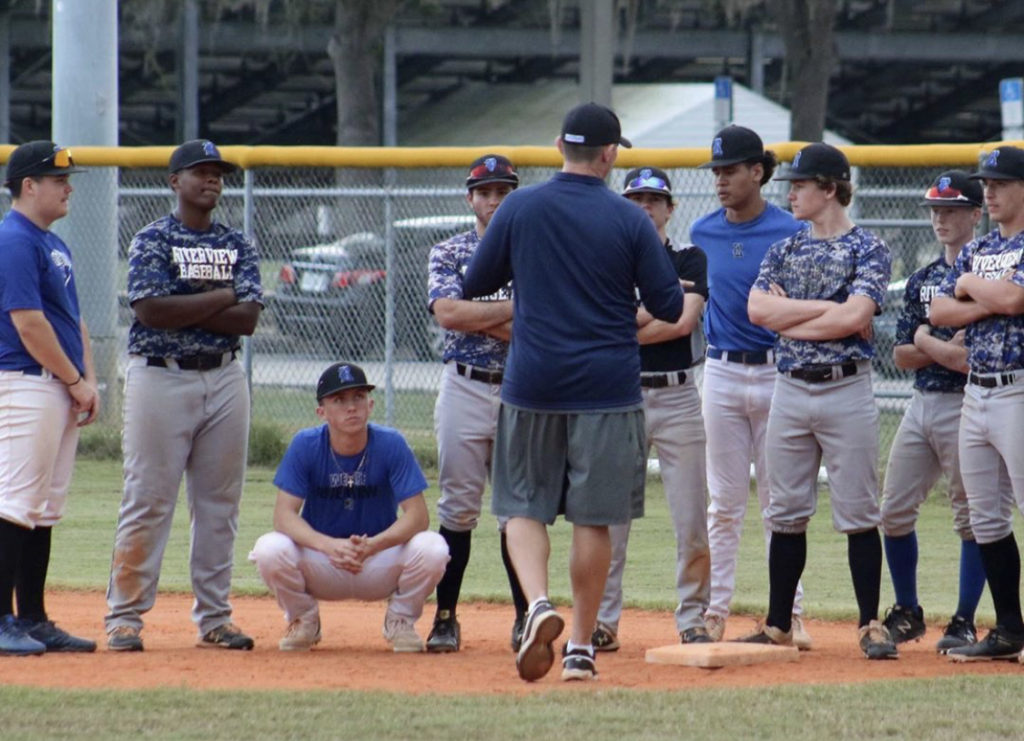 Smith talking with Riverview players prior to a practice last season.

“Today was a huge relief to finally find out and get that excitement. Now it’s time to work.”

Smith spent four seasons at the helm at Chamberlain (2016-19), and though wins on the field for a Chiefs program that has seen just one winning season in the previous 15 years, were few, the coach built a pride within the program that saw a number of players make commitments to play at the next level, and a service-minded culture which included a water and supplies drive for hurricane victims in Puerto Rico that was recognized by the Tampa Bay Rays.

“One of the biggest things I’m proud of from my time at Chamberlain, was really, a lot of the boys who would come into our program had no baseball background,” he said. “… We were able to teach them the game, how to play it, but we were able to focus on character. We were able to build young men, and we were focused on grades, involvement in the community and we did a great job with them, building a positive culture.”

Smith said from a baseball standpoint, things at Riverview are on much stronger footing, and that having spent a year getting to know his players as an assistant coach will make his transition easier. And he hopes his dedication to the players has already proven his commitment.

“From a personal respect, having experience with these guys means it’s a bit different … building a trust with them last year, then staying with them through the change, I think that built trust even more,” Smith said. “Being there this summer, running things without an official title, I think that means something to them, it means they know I’m here for them. So, I hope the trust between us as players and coach will be huge moving forward.”

He added there may be an eventual move to a teaching position at Riverview, but that he is happy he’ll be able to remain at Tampa Bay Tech to finish out his school year there.

“I’ll still teach at Tech, because I’m a teacher first, and I love my job, love teaching History,” Smith said. “It wouldn’t be ethical in my opinion to walk out on Tech, but I think the idea may be to go over to Riverview (next year), but I love my job at Tech.”