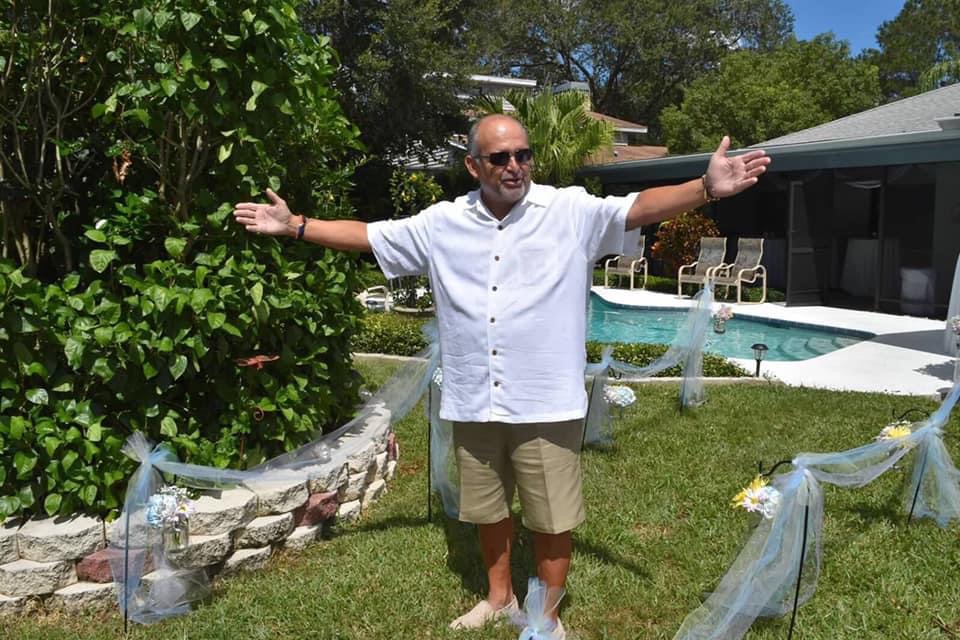 Pat Nunez, who served the youth baseball community of Tampa for four decades, died from complications of diabetes and end stage renal cancer on Friday. He was 60 years old. (Photo provided by the Nunez family)

TAMPA – A conversation nearly 20 years ago between a father and his two sons resonates loudest for brothers Casey and Spencer Nunez today. The two remembered clearly watching with their father, Pat Nunez, on a Monday in December 2003 as Pat’s favorite NFL player Brett Favre, one day after his father Irvin Favre died, lead the Green Bay Packers to a decisive 41-7 victory over the (then) Oakland Raiders, behind 399 yards passing and four touchdowns from the quarterback.

“That,” Pat told his sons, “Is how I want you guys to celebrate me if I pass away and you have a baseball game. Don’t cancel a game, or a practice, go out and play – that would mean more to me. Business as usual.” 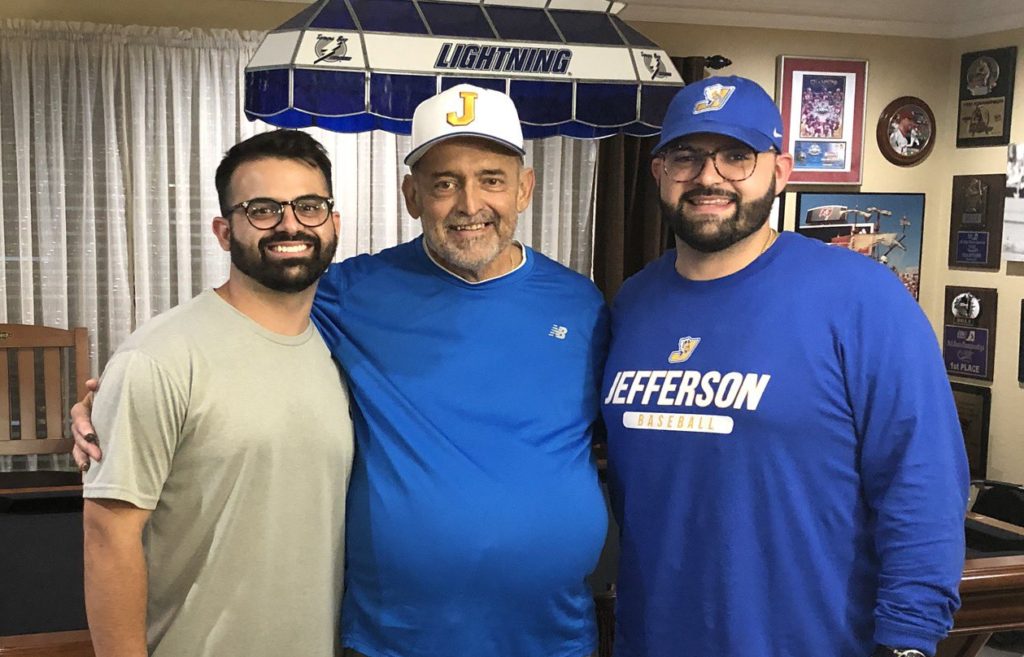 Pat Nunez (center) with his sons Spencer (left) and Casey (photo provided by the Nunez family).

Pat Nunez has always been a fiery competitor, a dedicated teacher, and a coach with an innate ability to understand how to motivate and get the most out of people from any background. But above all, Pat Nunez knew the importance of a big game.

On Friday, Mr. Nunez, 60, died of complications from diabetes and end-stage renal failure.

Monday night, his son Spencer, the new head coach at Jefferson High and his assistant coach, Casey, will lead the Dragons onto the field for the first of three Blue and Gold scrimmage games this week.

Coaching was one of life’s loves for Mr. Nunez – one he hoped he would be able to return to while he courageously battled kidney failure and diabetes for the last five years.

“We’re going out there today for a Blue and Gold game,” Spencer said.

Casey added, “Because that is exactly what he’d expect us to do.”

Mr. Nunez was a native of Tampa, who attended and played football at Tampa Catholic, before playing baseball at Georgia Southwestern State University. He returned home and began his decades-long coaching career, first at Wellswood Little League in his early 20s, and later spending 18 years coaching at the high school level, serving as an assistant at Plant, Hillsborough, Pinellas Park and Tampa Bay Tech High Schools.

“Pat knew what got every particular player going,” said friend, Vince Scanio. “For me, he knew he could jump on me, he could yell, he could push my buttons and I would take that, turn it around out on the field and it got the most out of me.”

Scanio, whose mother worked alongside Mr. Nunez’s first wife, said he began playing under the coach when he was 13 years old at Wellswood and remembers how he had a knack for knowing how to reach each player individually.

“He knew what worked with me, could look at the next guy, and know that wouldn’t work,” Scanio said. “He just knew who needed the arm around the shoulder and a boost of confidence and boom, he’d go out there and get it done … he had a knack for reading players, even as a very young coach, and he could motivate everyone in a specific way. It was special.”

Scanio, who himself has spent decades coaching at the youth level, including time as the head baseball coach at Tampa Catholic, said the skills he saw from his life-long friend was something he always tried to emulate.

“When I started at Tampa Catholic I was a young coach myself, at 20-years-old,” he said. “So, a lot of things I learned about dealing with different personalities, were from those early days learning from Pat.”

Related: Coach Pat Nunez was an advocate for live organ donation, knowing the importance of this generosity and the need for so many. Read our story on Mr. Nunez from 2019 by clicking here.

Echoing those sentiments were former Jefferson and University of Tampa standout Paul Russo, who also played for Mr. Nunez in his early teen years.

“Ever since I was 13 years old playing for him, Pat has been a big brother, a mentor, a friend to me,” he said. “We spent a lot of time together on and off the field. He is a guy who made me love baseball as a kid. I really fell in love with baseball more because of his enthusiasm, his love for the game. It just flat out made me better.”

Pat Russo, who had Mr. Nunez serve as his assistant for 17 seasons while the head coach at Plant, Hillsborough and Pinellas Park, said the news Friday had him in tears. He remembered his friend for his fire and unapologetic passion for his players and teammates.

“When we got together in 1996 from the very start, no matter what, we had each other’s back,” Pat Russo said. “I’m gonna miss him. He was a ball-buster, but he was just an A-1 guy, I’m gonna miss him terribly. I know he was facing some tough health issues, but he never let on … he was just a great friend.” 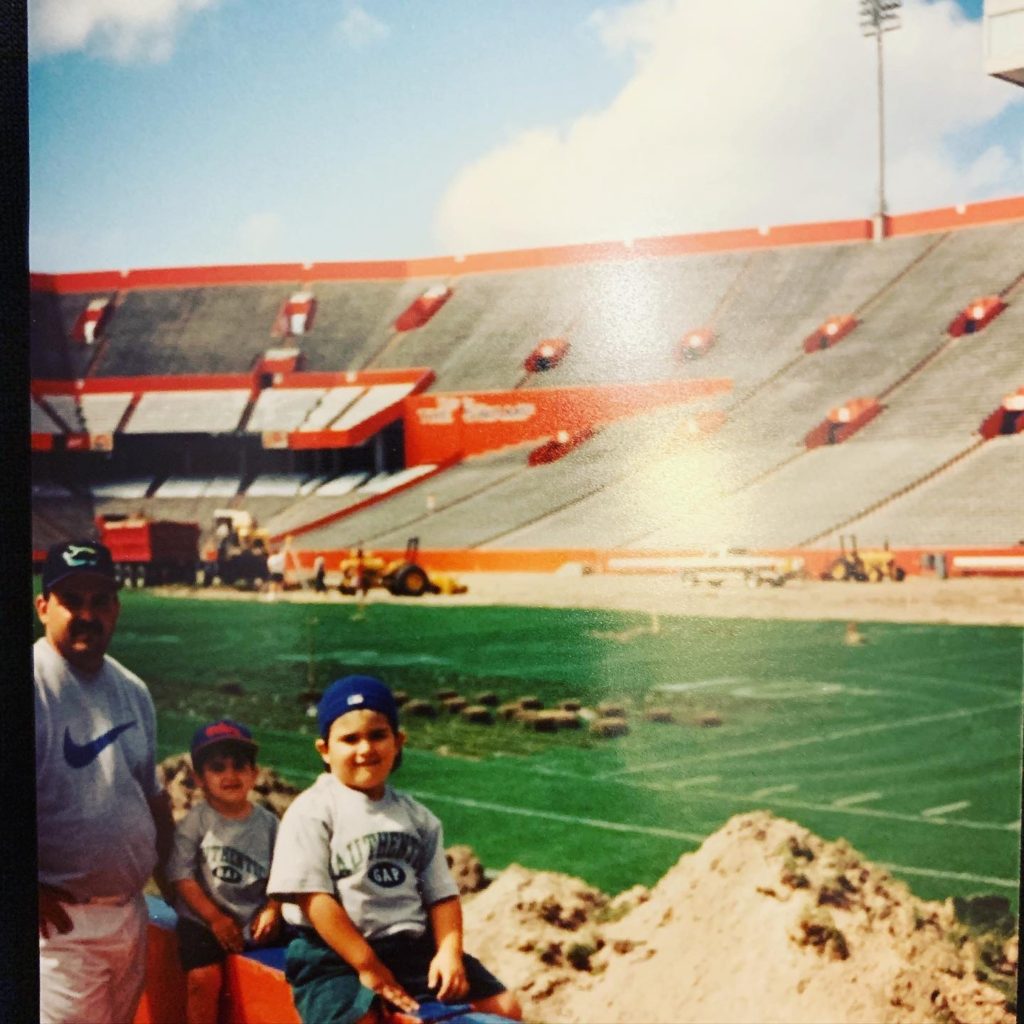 Pat Nunez at Ben Hill Griffin Stadium at the University of Florida with sons Casey and Spencer (photo provided by the Nunez family).

His love of the game was one of the many things Mr. Nunez passed down to his sons. Speaking to 813Preps on Monday, the brothers spoke about the lessons they now use coaching their own players that come straight from their father.

“We carry the same passion he had when he was on the field,” Spencer said. “We treat our players like they should be treated, we treat them with the utmost respect, we treat them like family – and he taught us that.”

Casey added: “He always taught us there is no ‘one-size-fits-all’ for coaching players. You are coaching personalities, you need to find a way to get to the heart of a player, know what they respond to, it’s about knowing how to reach people and that’s something I try to do because of him.”

Spencer, who spent the last decade as an assistant at Hillsborough, was named the new head coach at Jefferson High in May, and Casey will be alongside his brother as assistant.

But baseball was just a part of Mr. Nunez’s life, his biggest love according to his sons, is his family.

“It ties into baseball, but on top of all that, my dad was the biggest family man you’re ever going to meet,” Spencer said. “No one was more important than his family, he’d do anything for us.”

Casey and his wife Erica gave Mr. Nunez a new “team” to coach in three daughters, whom the coach cherished. 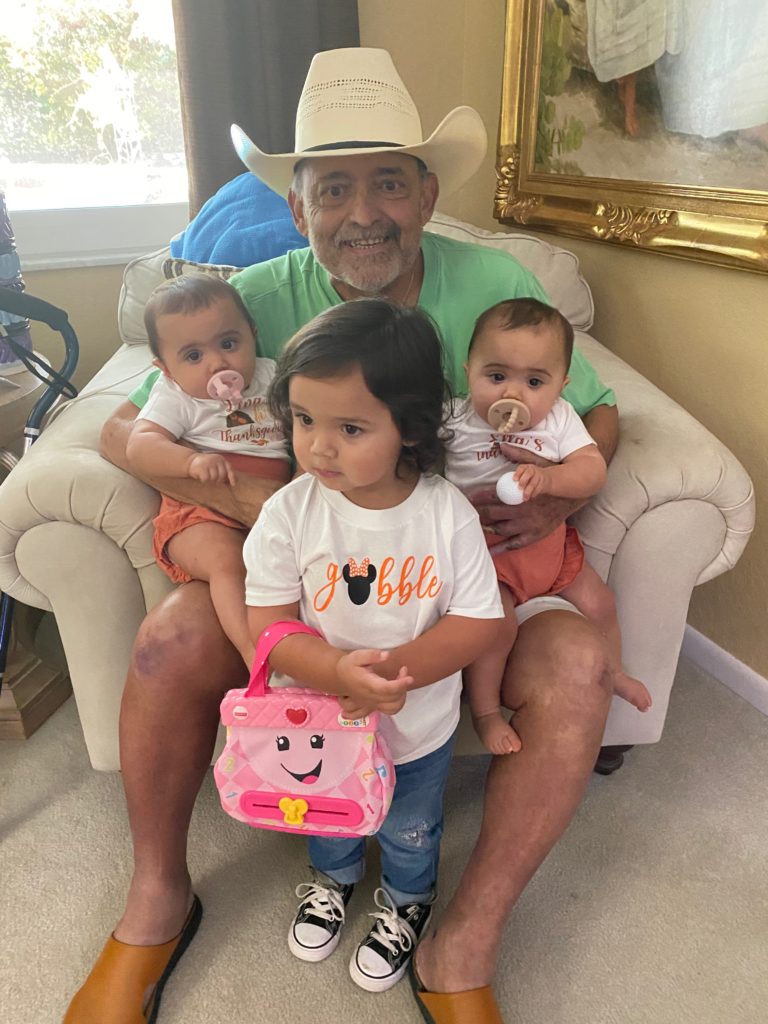 Pat Nunez with his granddaughters (photo provided by the Nunez family).

“I have three daughters, and my dad raised two sons,” Casey said, “What we saw with him and our girls was different than what everybody else got to see from him … with the girls he was always warm and affectionate. He loved everything they did. That’s something I wish people got to see more of, how awesome it was to watch how he lit up when he saw these girls. They were his everything.”

His family and baseball were among his passions, but Mr. Nunez also loved golf, the University of Florida Athletic programs, and attending live country music concerts with his kids.

He is survived by his wife of three years, Martina, his sons Casey and Spencer, daughter-in-law Erica and three grandchildren, as well as his brother Joe and his family, and his ex-wife Cindy Nunez, and two step-daughters.

The family will be holding a private mass for Mr. Nunez in the coming days, and are planning a more public memorial for his friends and the baseball community after the first of the year. Stay tuned to our social media and we will announce more details as plans are finalized. 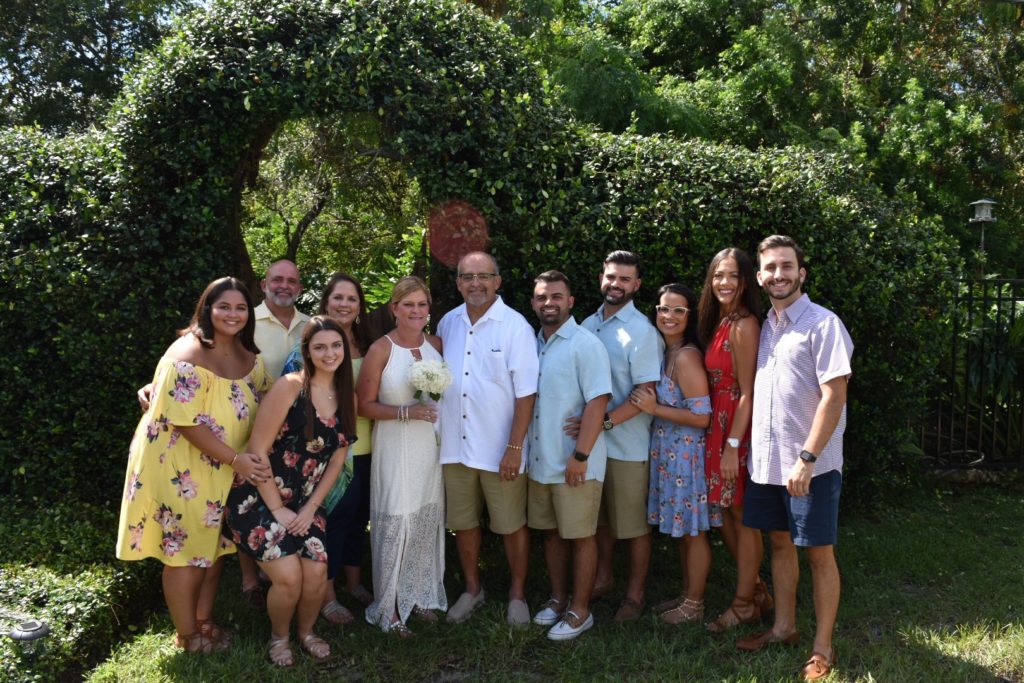