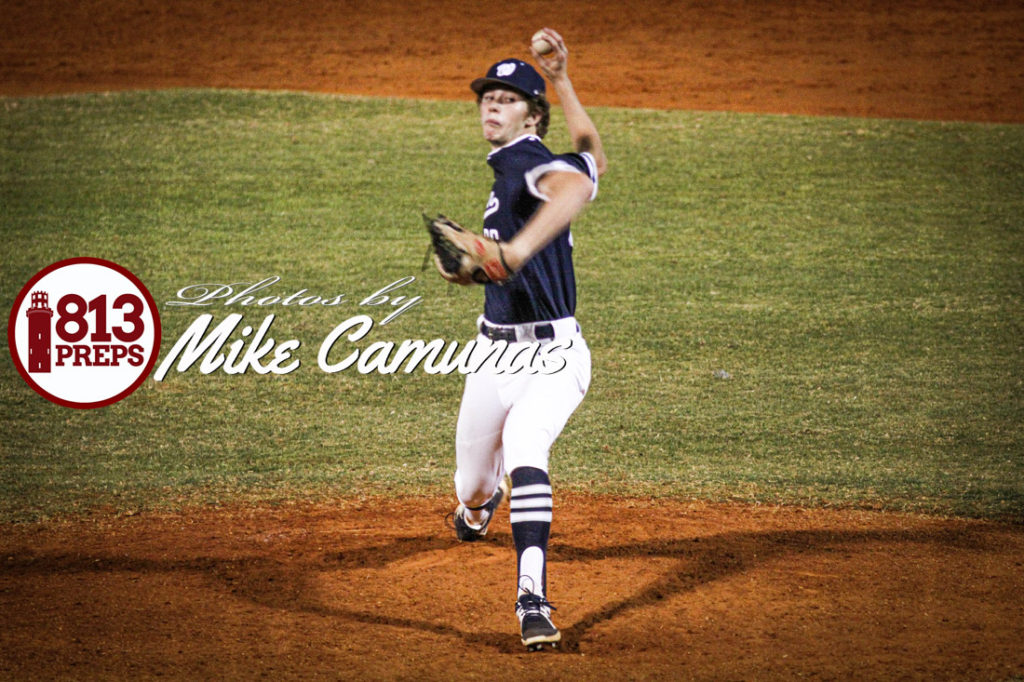 TAMPA – Senior Jackson Perkins pitched six strong innings and the Wharton bats exploded during a seven run fifth inning in a decisive 11-0 victory over Alonso in the second round of the Saladino Tournament Gold Division on Monday night.

Wharton (9-2) jumped out to an early lead as senior captain Zach Ehrhard walked in the bottom of the first and eventually scored on a balk by Ravens started Hector Montilla. The next inning it was Dylan McDonald lacing a double and scoring on an Ehrhard sacrifice fly to add some insurance.

The two runs would prove to be enough for Perkins (6 IP, three hits and eight K’s). The hard throwing righty settled in and took control of the game. 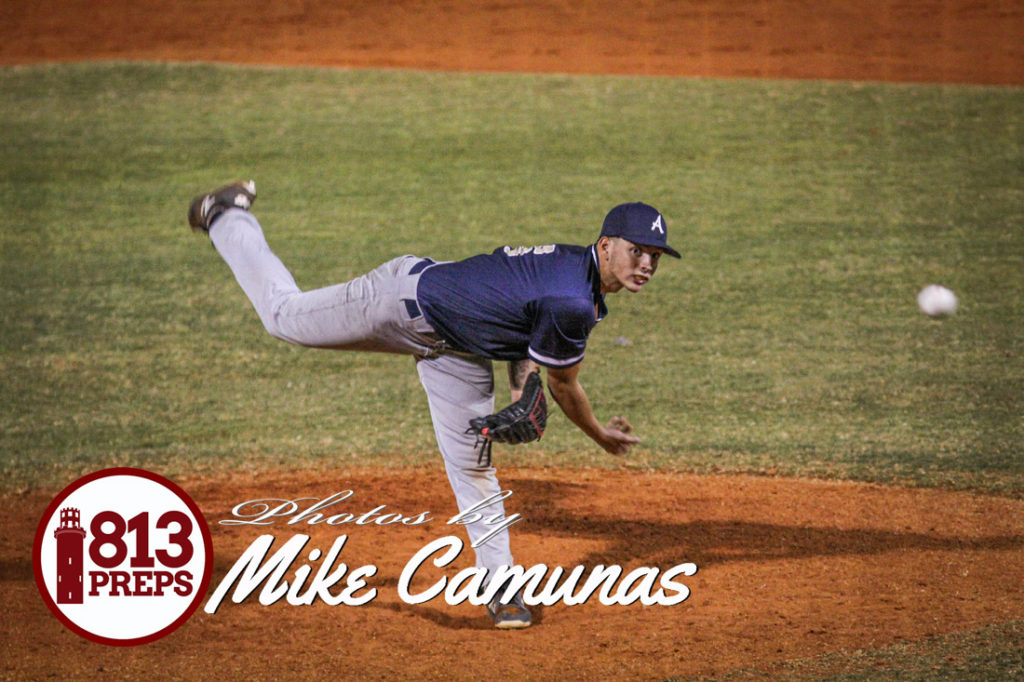 Leading by a pair after four innings, the Wildcat offense kicked into high gear with the help of some wild Alonso (7-4) pitching. After Ehrhard doubled to start the frame, Elijah Dukes and Frank Micallef were both hit by pitches to load the bases. DH David Limbach was plunked to drive in a run followed by an RBI single by Quentin Meadows and bases loaded walks to Tyson Sutton and Dylan McDonald for a quick six-run lead. Ehrhard (2-for-2, two runs, a walk and four RBI) cleared the bases with a double and the rout was on.

“Offensively our mindset is to get up and do damage, but also have great at bats,” said Ehrhard. “We had a bunch of guys who worked long at-bats and drew walks. That was a big part of it.”

Limbach (1-for-2, two runs, three RBI and two HBP) capped off the scoring with a walk off two-run blast in the bottom of the sixth inning.

Wharton will be back at Jesuit on Tuesday to take on the host Tigers in the third round of the Gold Division winner’s bracket at 5 p.m. while Alonso will face off against Sickles at Durant High at 4 p.m.