Our Weekly Rankings are selected by editor Jarrett Guthrie, with input from members of the 813Preps staff. 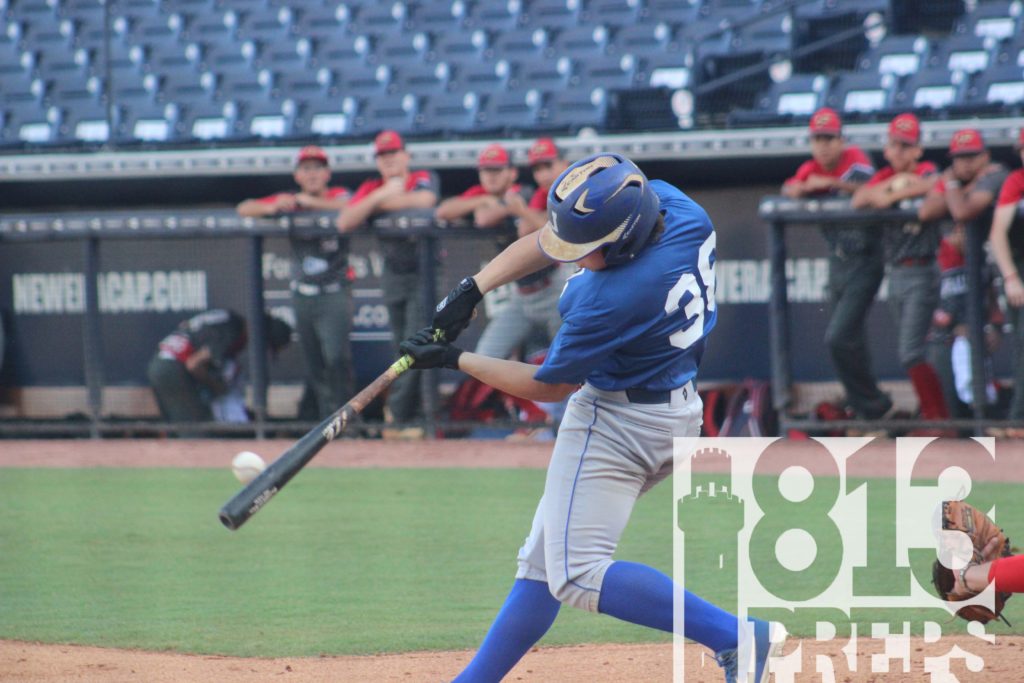 The Tigers are still on top for Week 2, as senior Jonathan Shoop cleared the bases with a triple and Jesuit took care of business in a 8-1 win over Boca Ciega to start last week. Then the offense put up a bunch early to stave off an Orlando Bishop Moore rally on Saturday, led by RBI doubles from Bennett Lee, Bradke Lohry and Nick Rodriguez. Jesuit gets back into district play with a road game against Jefferson on Tuesday, and face Blake on Thursday before a big Friday showdown with Ft. Lauderdale Calvary Christian.

The Wildcats remained unbeaten with a close win over Alonso (click here) and a shutout showing against Palm Harbor, both district opponents. Thursday’s win was keyed by a 2-for-3 night from Dylan McDonald (.538 on the year), who doubled and homered in the victory. Wharton stays in Class 7A-7 to start the week with games against Sickles and at Plant, before a non-district trip to Riverview on Saturday.

The Buccaneers picked up a trio of wins last week, mercy-ruling Lakeland Santa Fe Cath, topping McKeel, and closing out the week with a big win against Clearwater Central Catholic. The latter, a 2-0 win was powered by junior lefty Will Parkinson from the hill as he went 6 1/3, striking out 13, while a Gunnett Carlson RBI double added run support. Carrollwood Day host the Bucs Tuesday, before two important district games against Calvary Christian and Tampa Catholic on back-to-back nights. 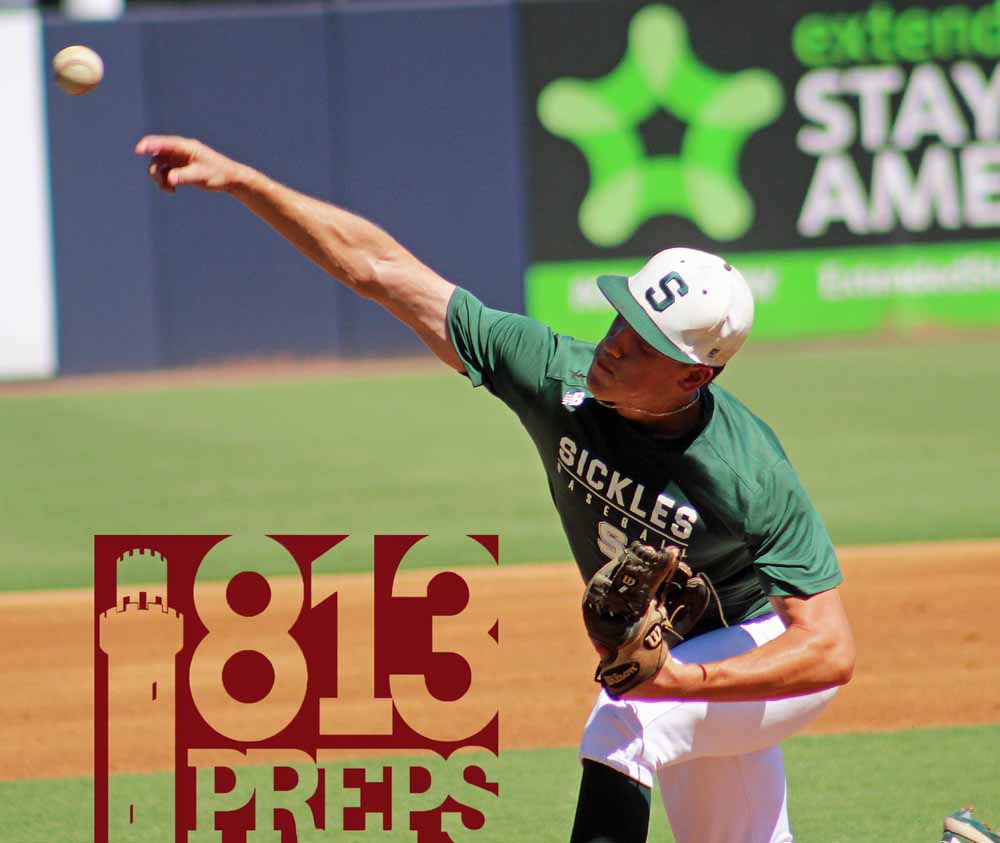 The Gryphons also notched three in the victory column last week, winning district tilts against Palm Harbor 9-2 and Steinbrenner (click here for our coverage), and handed a 10-run smacking to Wiregrass Ranch as Bobby Christy stuck out 10 in five innings, and Tyler Green worked a clean sixth and chipped in a pair of RBI to the victory. Road games at Wharton and Strawberry Crest bookend the week, which also features a home matchup with Alonso on Thursday.

The Bulls handed Robinson its first loss of the season and then topped East Bay to round out the week. The mercy-rule win over the night was put away early on a walk-off home run from Brock Wilken, his second of the season, and Dominic Gonnella doubled, tripled, stole a base and scored three runs against East Bay. The Bulls take to the road this week headed to Lennard and Durant.

The Raiders rebounded from its first loss of the season with an extra-inning win against Crest and a shutout of Armwood (read about it by clicking here) for two district victories last week. There has been a whirlwind of punchouts from Raiders starting pitchers Jarod Wingo (30) and Tyler Dowdy (16) so far this season. Two in-district this week as Leto visits and the Raiders travel to Tampa Bay Tech. 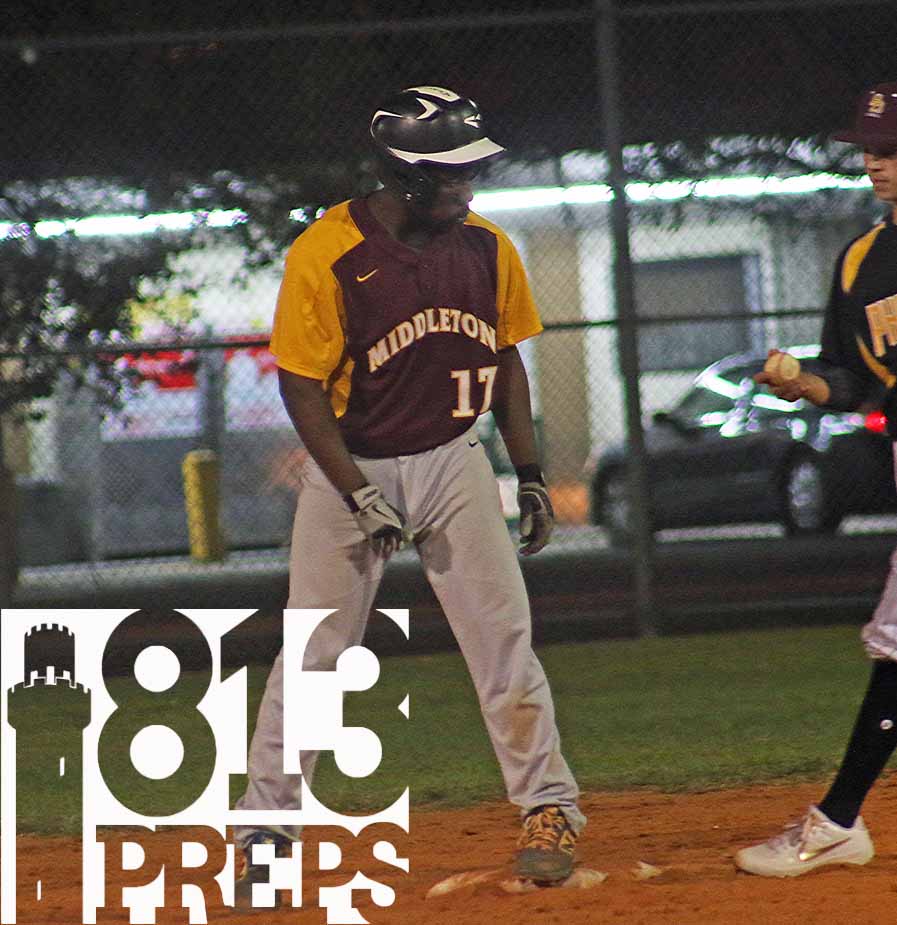 Middleton makes its debut in our Top 15 for the first time in the four-year history of our website, and the Tigers have earned their spot. A trio of victories started with a win at Brooks DeBartolo (we were there and you can click here to see our coverage), followed by a huge, extra-inning win over Leto, and finished as Middleton took care of business against Spoto. Remer McIntyre Jr. is leading the offense with six RBI, a double, triple and grand slam at the plate this season. The Tigers host King and travel to Armwood this week.

The Knights fell flat against Bloomingdale last week, but battled out an-extra-inning win over King to stay in the Top 10 for the second week. Senior Kenny Keller got a no-decsion against King, but he did his part to keep his team in it striking out 13 and allowing just a single hit over five innings of work. Robinson travels to Spoto on Tuesday and then hosts Newsome on Saturday. 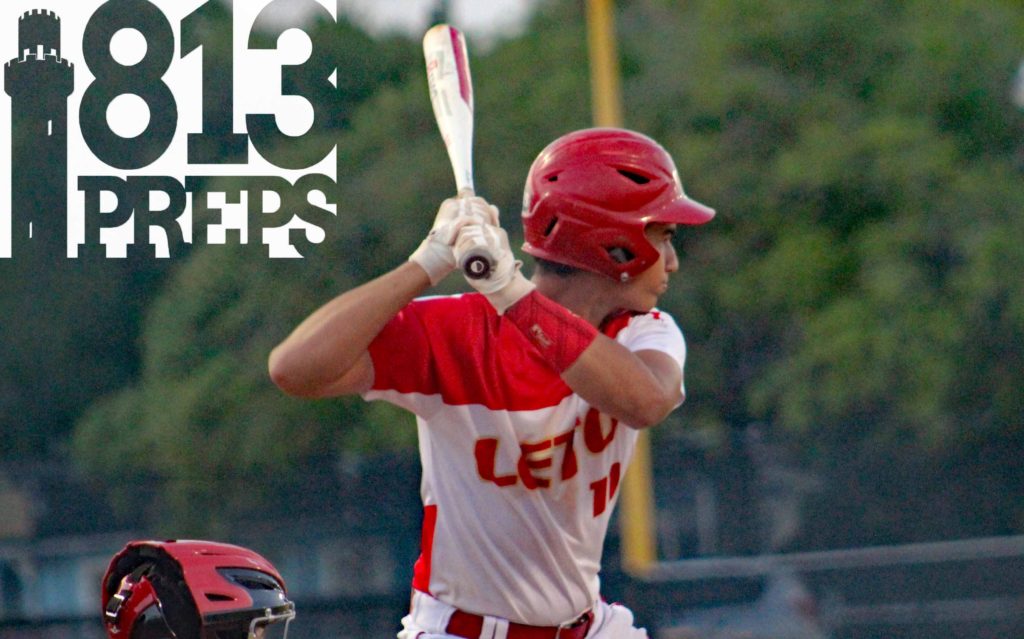 Too many mistakes against Middleton saw Leto take its first loss of the year, but the Falcons got right with a commanding win over TBT on Thursday, as Brayan Cruz (three runs, RBI) and Coltin Pizzio (two runs) each chipped in three hits against the Titans. Junior RJ Gutierrez has a four-game hit streak going and has scored seven and driven in seven so far. Leto travels to Plant City for a district game Tuesday, and host East Bay this week.

The Hawks fell to Plant City in a tough game last week, and finished its rain-delayed game against TBT with a mercy-rule win as nine different Armwood batters picked up hits in the win. Seniors Brendan Torres and Trevor Finan had hits in both Hawks games last week, with Finan starting his season with three doubles so far and 15 strikeouts on the mound. Armwood travels to Strawberry Crest, and hosts Middleton and Spoto in a three-game week.