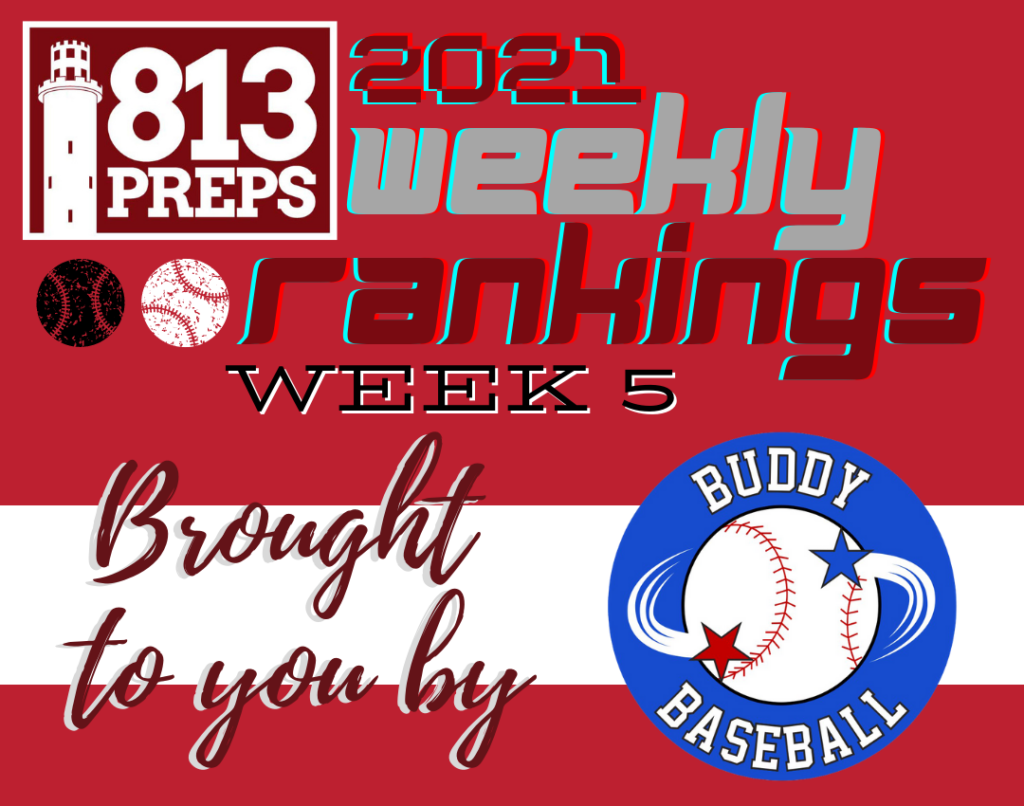 Our weekly rankings this season have been generously sponsored by an anonymous donor, who has asked 813Preps to pick some local charities and non-profits to highlight throughout the season. This week, our Week 5 rankings spotlight sponsor is Buddy Baseball. Buddy Baseball is a non-competitive recreational league for boys and girls with special needs ages 8 to 22 playing in Temple Terrace. We would like to congratulate Buddy Baseball for hosting the leagues 1,000th game last weekend. The league fosters friendships and breaks down social barriers with each player being paired with a buddy.  Buddy Baseball is an opportunity like no other for children with special needs. Not only do the players enjoy the thrill of participating, they also get to experience team play and camaraderie. The league was founded in the Fall of 2009, with two seasons per year. We have won numerous awards throughout the years including, “Outstanding Community Service” from the Mayor’s Alliance for Persons with Disabilities and the “Excellence is Action” award from Hillsborough County Public Schools. Come on out to see a game this season, it will be the best part of your Saturday. Game times, sponsorship and donation information is on our website (click here for more). 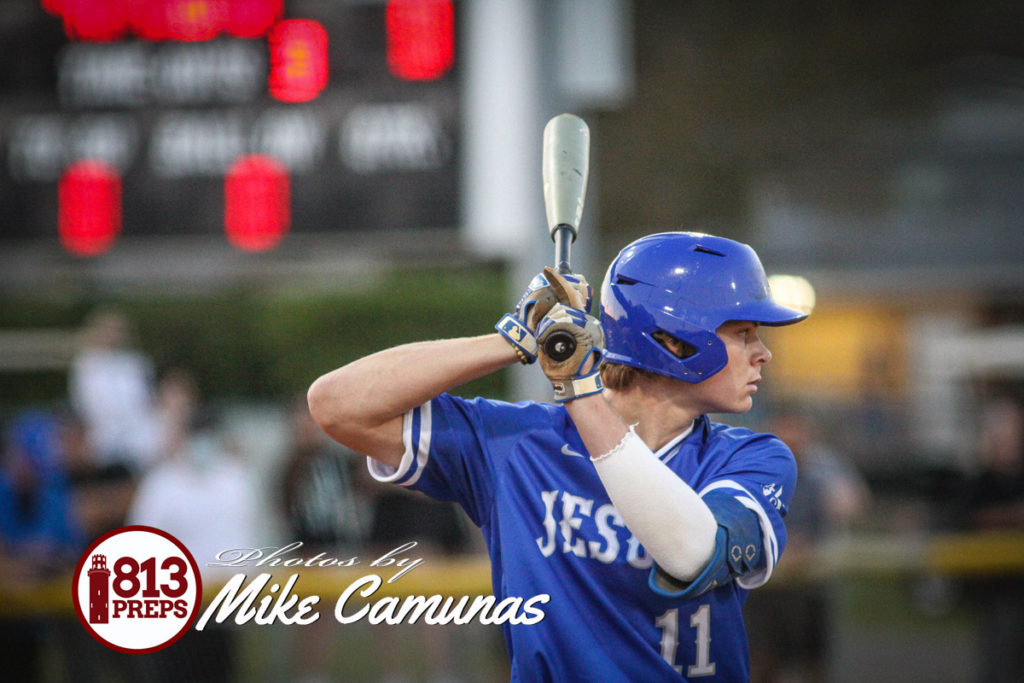 Tigers sophomore Wes Mendes is hitting .400 with nine RBI and is 2-0 on the mound this season.

Sickles had its six-game win streak halted by Jesuit last Monday, but bounced back with big offensive output in a pair of double-digit run games against Alonso and Lennard to finish out Saladino Tournament play. Justin Allen’s five RBI game sparked the win over Alonso, while Kohl Robertson paced a 21-11 win against Lennard with a homer and four RBI. FOUR games again this week for the Gryphons, including big ones against Wharton and Jesuit midweek. [LW: No. 2]
This week: Mon, 3/22 v TB Tech; Wed, 3/24 at Wharton; Fri, 3/26 at Jesuit; Sat, 3/27 at Blake

The Wildcats were 3-1 in the Saladino, battling Jesuit in the semifinals of the Gold Bracket the whole way, before losing 6-5. However, Wharton bounced back from Tuesday’s loss as junior Elijah Dukes’ grand slam powered a mercy-rule win over Strawberry Crest. We slot the Wildcats behind Sickles starting the week, but a mid-week showdown with the Gryphons will see Wharton try and avenge its 1-0 loss on Feb. 23. [LW: No. 4]
This week: Mon, 3/22 at Riverview; Wed, 3/24 v Sickles 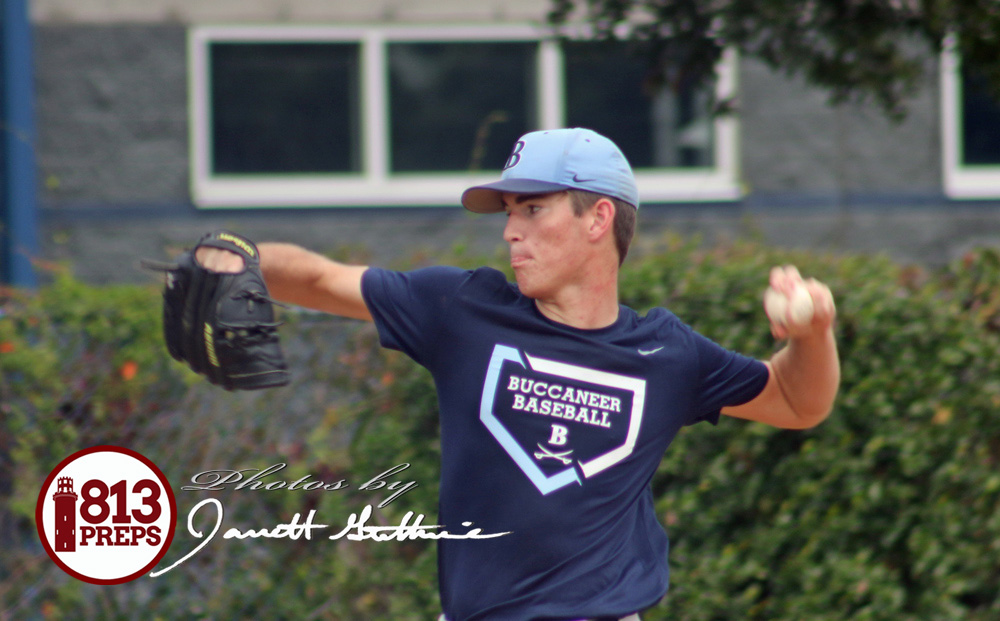 A 5-0 shutout win over Northside Christian, and a three-pitcher combined no-hitter in a 8-0 district win over Clearwater Central Catholic as Berkeley Prep picked up a pair of wins at home last week. In the latter win, Will Parkinson struck out nine in four innings, before Owen McElfatrick and JT Quinn finished of the no-no. [LW: No. 5]
This week: Tues, 3/24 v Montverde Academy; Fri, 3/26 v Calvary Christian 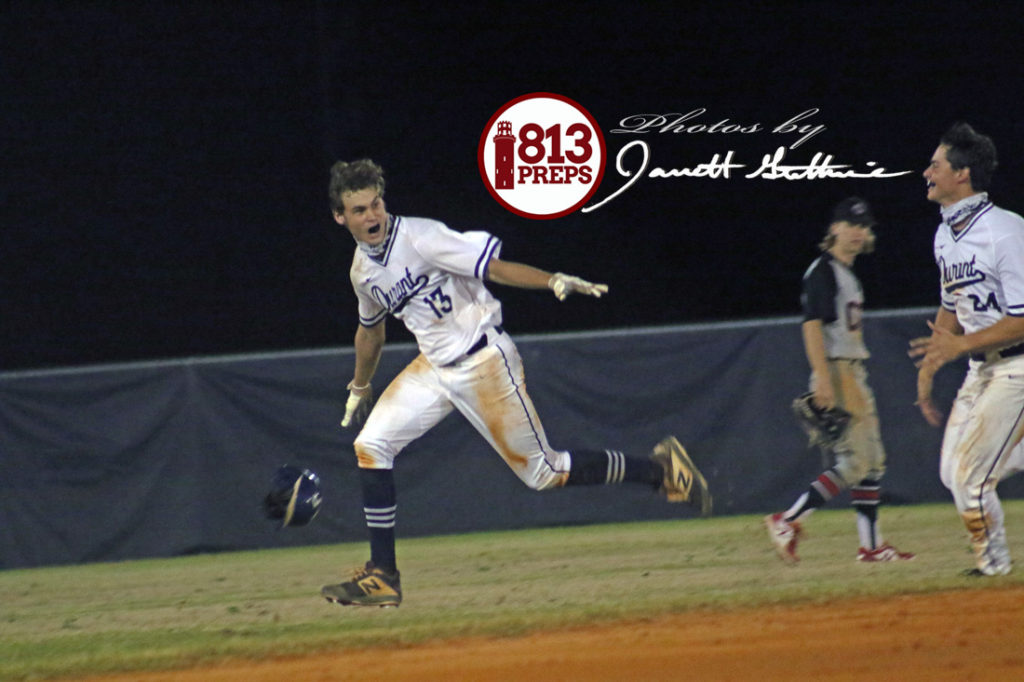 Durant battled it out against Strawberry Crest in the Saladino semifinal (click here to read about the Cougars walk-off win), but ran into a buzz saw in the final as Jesuit scored a bunch early to claim the crown. Senior Austin Sewell walked off the win against the Chargers, while freshman Blaine Rowland’s five shutout innings against Lennard led a good tourney win. [LW: T-No. 6]
This week: Tues, 3/23 v Brandon; Thurs, 3/25 at Robinson

The Terriers won battles against Brandon and East Bay in preliminary rounds of the Saladino Tournament Silver Bracket, before claiming the division championship with a decisive win over Freedom (click here for that game story). Senior Elijah Burse sparked a pair of wins with home runs, while Brady Burgess struck out eight and was 3-for-4 in the title game. [LW: No. 9]
This week: Tues, 3/23 v Gaither; Wed, 3/24 v Jefferson; Thurs, 3/25 v Blake

The Chargers lost in tough, walk-off fashion to Durant in the tournament semifinals, and then took the brunt of a hacked-off Wharton on Wednesday. But we expect the team that entered the tournament on arguably the hottest tear, bounces back stronger the rest of the way. BIG tests this week, looking to avenge an early season loss to Bloomingdale, and hold power in district game against Leto on Friday. [LW: No. 3]
This week: Tues, 3/23 v Bloomingdale; Fri, 3/26 v Leto

It happens almost every year in the Saladino, a county powerhouse falls flat over the week-long event and takes a hit to the win-loss column. The Bulls wear that this season, after dropping an extra-inning game to Alonso on Saturday, things never really righted as Bloomingdale went 1-3 in the event. The lone bright spot of the week, was solid hitting from Drake Harman and Marlon Bowen, and a 10-0 win over Riverview. [LW: T-No. 6]
This week: Tues, 3/23 at Strawberry Crest; Fri, 3/26 v Freedom 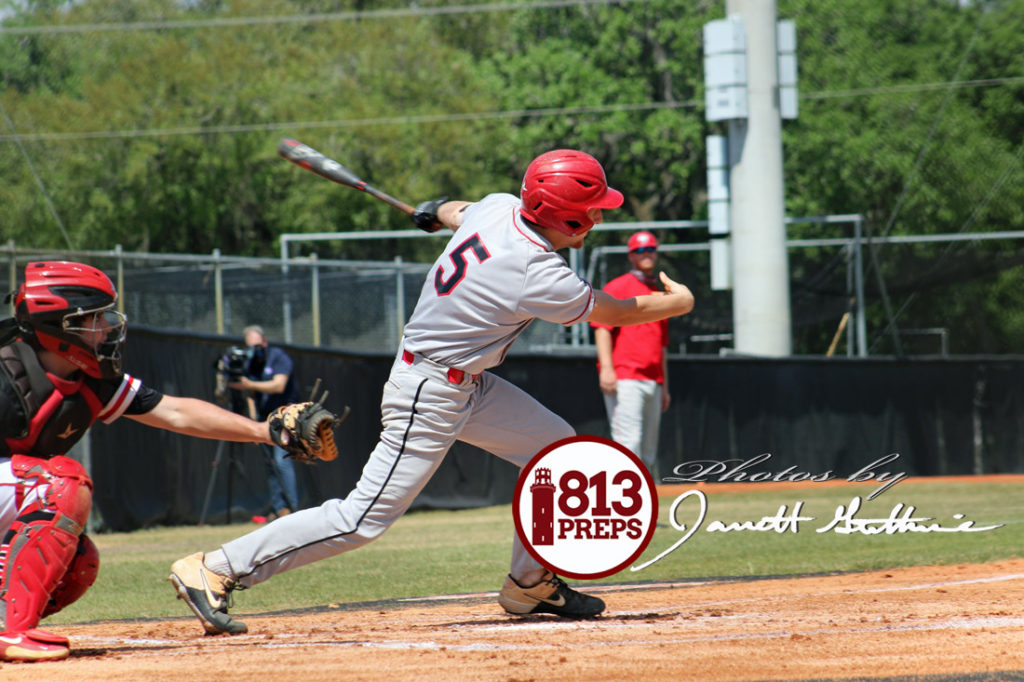 Welcome to the Top 10 East Bay Indians. Dating back to the win over Gaither on March 11, East Bay is 4-1, dropping a tough Saladino Silver semifinal game to Hillsborough but putting up a two-out five-run seventh inning to make the Terriers earn it. East Bay finished off the tournament with a 7-2 win over King, while senior Jeremy Galen is riding a five-game hitting streak with a .390 average on the year. [LW: No. 11]
This week: Tues, 3/23 at Middleton; Fri, 3/26 at Lennard

Though we wish it had more to do with in-week play, rather than attrition from our other teams, Foundation Christian’s spring break bye week mattered little as the Panthers enter our Top 10 for the first time ever. Why? Pitching. Really, really, really … really good pitching. As a staff, Foundation Christian’s pitchers have a combined 0.53 ERA and 80 strikeouts in 39 1/3 innings. Austin Corn has two, five-inning no-hitters, Carson Kull has a four-inning no-no, while Shane Saunders has allowed just four hits and one earned run in four appearances. [LW: No. 12]
This week: Tues, 3/23 v Grace Christian; Thurs, 3/25 at Bayshore Christian; Fri, 3/26 Leesburg First Academy