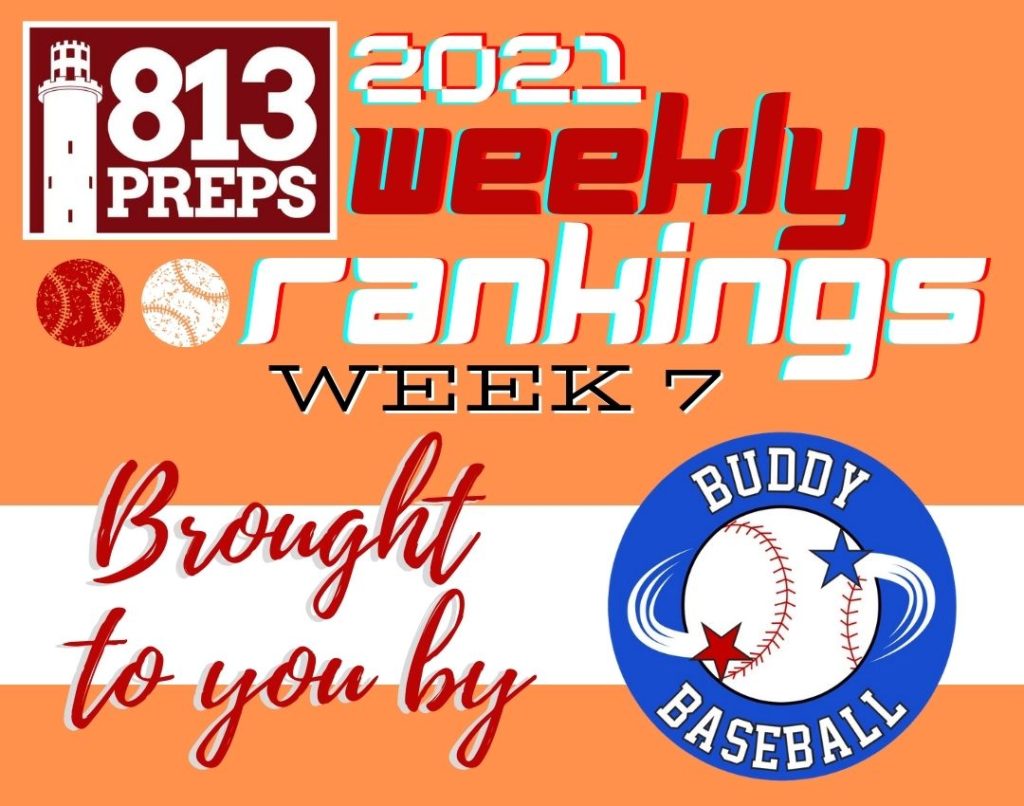 Our weekly rankings this season have been generously sponsored by an anonymous donor, who has asked 813Preps to pick some local charities and non-profits to highlight throughout the season. This week, our Week 7 rankings sponsor is Buddy Baseball. Buddy Baseball is a non-competitive recreational league for boys and girls with special needs ages 8 to 22 playing in Temple Terrace. The league fosters friendships and breaks down social barriers with each player being paired with a buddy.  Buddy Baseball is an opportunity like no other for children with special needs. Not only do the players enjoy the thrill of participating, they also get to experience team play and camaraderie. The league was founded in the Fall of 2009, with two seasons per year. We have won numerous awards throughout the years including, “Outstanding Community Service” from the Mayor’s Alliance for Persons with Disabilities and the “Excellence is Action” award from Hillsborough County Public Schools. Come on out to see a game this season, it will be the best part of your Saturday. Game times, sponsorship and donation information is on our website (click here for more). 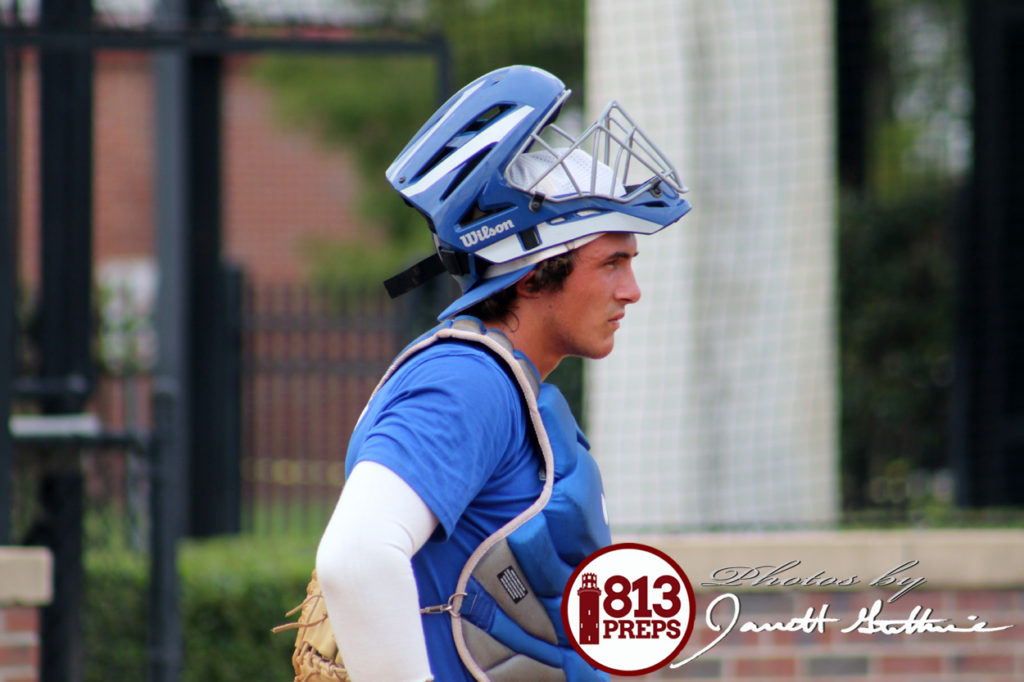 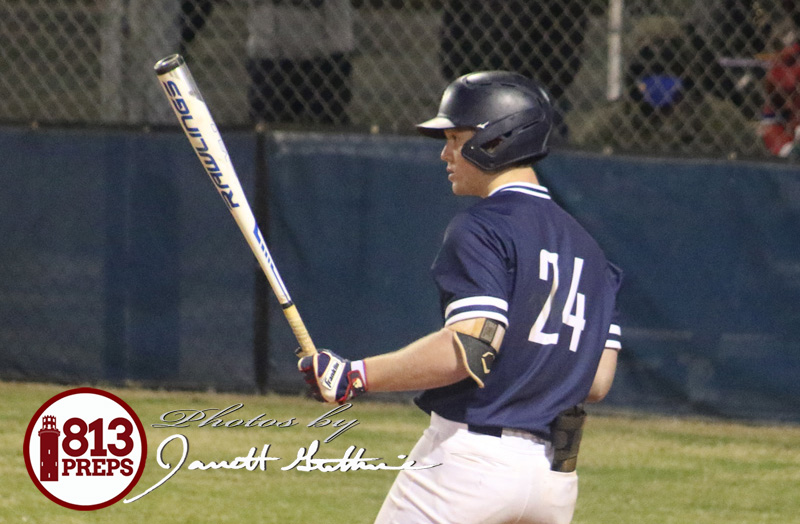 Senior Tyson Sutton’s two-run single in the sixth proved the difference as the Wildcats held off Steinbrenner for a district win to start the week, and Wharton got solid offensive production from Billy Eich (double, homer) and Quentin Meadows (home run) in a win over Sumner. Wharton has two district games on the road this week. [LW: No. 2]
This week: Mon, 4/5 at Alonso; Thurs, 4/8 at Plant 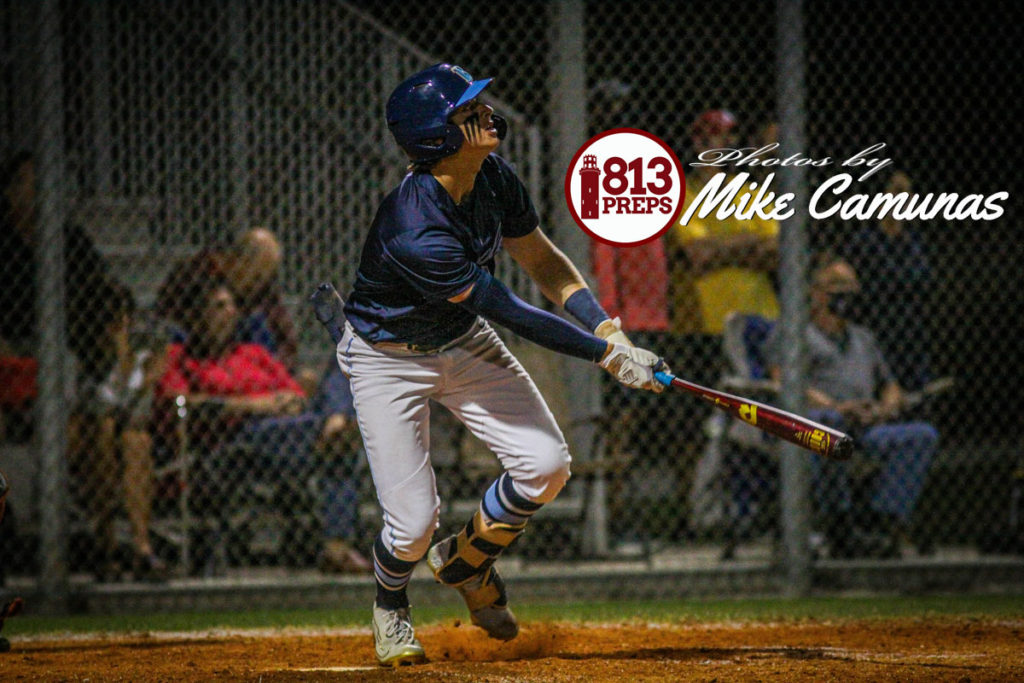 Two double-digit run wins for the Buccaneers last week, turning away Georgia’s Strong Rock Christian, and defeating Tampa Prep as senior Andrew DiMisa went 6-for-9, with a grand slam, double, 10 RBI and four runs scored on the week. [LW: No. 3] 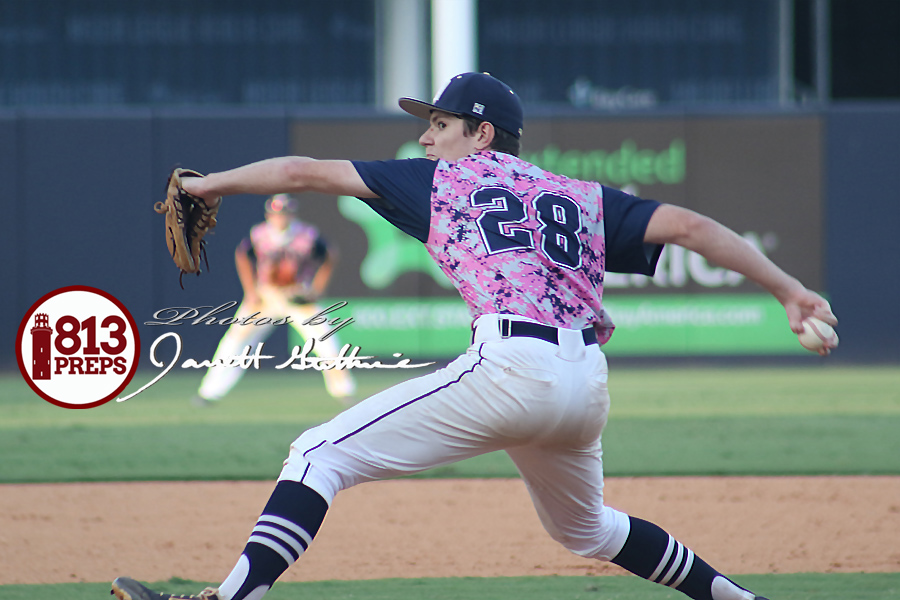 The Cougars won another close one over Strawberry Crest as Brett Martin had a pinch hit, RBI double and Nick April-Gath drove in an insurance run in the 10th inning for the victory, with senior Zander Fisk picking up the win in relief. Fisk then went out and struck out eight, allowing one hit in a shutout win over Lennard. [LW: No. 4]

Bloomingdale put up eight runs each against King and East Bay last week – the latter being a district win for the Bulls. Jack Owens was 4-for-7, with two doubles, three RBI at the plate, and picked up the win over East Bay, while Colby Shelton hit his third homer of the season, scored three and had 3 RBI. [LW: No. 8]
This week: Tues, 4/6 v Durant; Fri, 4/9 at Armwood

The Crusaders make a good leap this week, battling for an 11th inning win over Tampa Prep and taking care of Bell Creek last week. Senior Benny Cheek, who pitched 7 2/3 scoreless innings against the Terrapins (which you can catch up on by clicking here), and drove in the game-winner, also added a pair of doubles, three runs and two RBI to the win over the Panthers. [LW: No. 10]
This week: Thurs, 4/8 v Foundation Christian; Fri, 4/9 v Lakeland McKeel 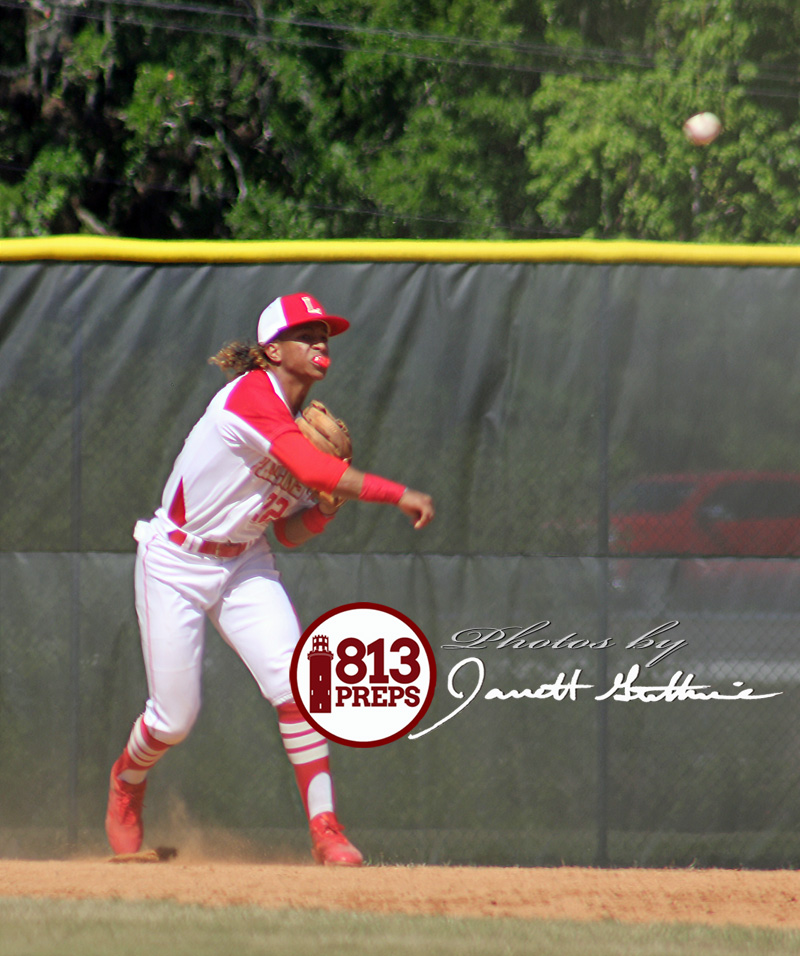 Weeks four and five were tough on the Falcons, but since the end of the Saladino, Leto has taken care of business for four-straight. Bryan Rivera’s no-hitter against Armwood on Monday was a huge highlight for the Falcons this season, and Damian Latigua’s grand slam and a three-run bomb from Alberto Attias pushed Leto past Chamberlain. A pair of district games lie ahead this week, with the Falcons and Strawberry Crest tied at 4-1 in 6A-8 play. [LW: No. 11] 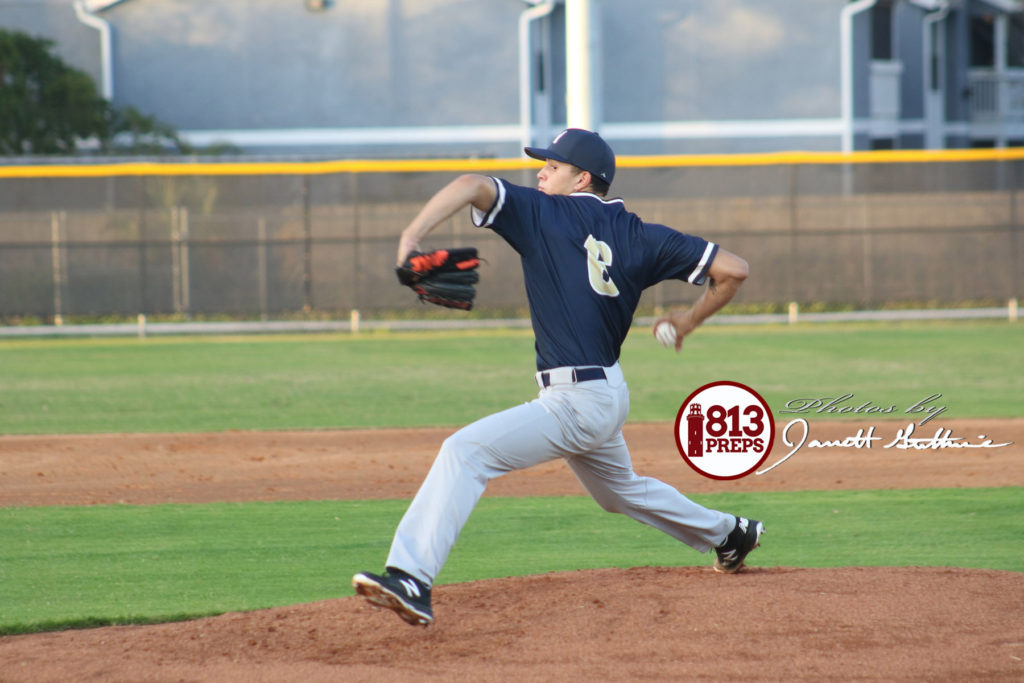 The Ravens found a way in two, one-run wins last week against district opponent Plant (a game you can read about by clicking here) and non-district Robinson and Alonso is now a winner of four-straight. Junior Hector Montilla earned the dub on the hill against Plant, and scored a pair in a two-hit game against Robinson, and senior Zen Hiatt has a hit in 17-straight this season. BIG district week in 7A-7 upcoming. [LW: No. 14]
This week: Mon, 4/5 v Wharton; Thurs, 4/8 at Sickles

The Terriers won a tough district battle over Jefferson (click here to read our gamer from this one), and capped the week taking down Lennard, but take a bit of a tumble due to an ugly double-digit run loss to Steinbrenner. Hillsborough is turning heads as one of two in-county programs with 15 wins to this point, but the three losses have all been by nine or more runs. A big showdown looms with district foe Jesuit (one of said losses this season) on the road on Tuesday. [LW: No. 5]
This week: Tues, 4/6 at Jesuit; Thurs, 4/8 at East Bay; Fri, 4/9 at Sickles

The Gryphons are likely ready to turn the page on last week, which saw a win over Plant City, but two losses to East Bay and Jefferson – the latter a 10-1 drubbing. Sickles stays in the Top 10 by virtue of all the other teams remaining also dropping games in Week 7. Holden Wade’s 10-K performance against the Raiders (read about it by clicking here) was a bright spot in an otherwise forgettable week. The Gryphons have two in 7A-7 looking to stay atop the district standings. [LW: No. 6]
This week: Tues, 4/6 v Steinbrenner; Thurs, 4/8 v Alonso; Fri, 4/9 v Hillsborough