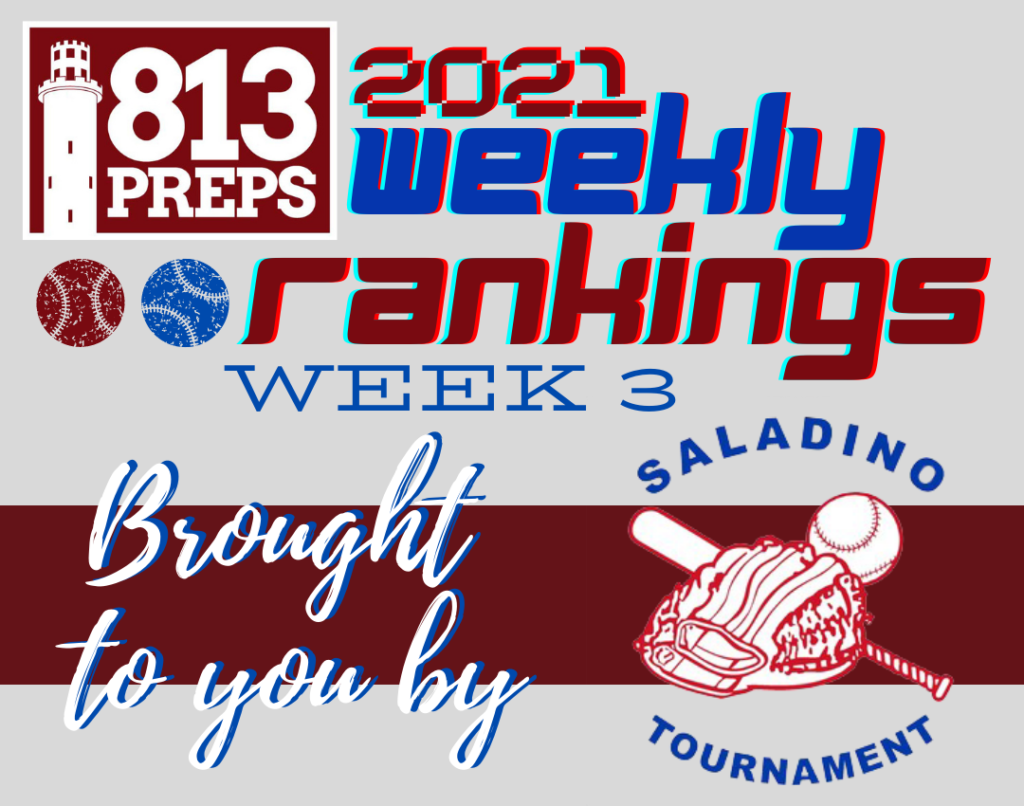 Our weekly rankings this season have been generously sponsored by an anonymous donor, who has asked 813Preps to pick some local charities and non-profits to highlight throughout the season. Our 813Preps Week 3 Rankings sponsor spotlight this week is the Tony and Bertha Saladino Baseball Tournament, which kicks off play for its 40th edition on Saturday at six sites across Hillsborough County. The Saladino has been a spring break staple for many years, bringing together a large collection of teams from across the county for a showdown to crown a mid-season champion. The tournament, which was canceled along with the season in 2020, will feature the new format that was scheduled for last year (in fact, the county athletic department has issued the same seeding and schedule as was slated for last season’s event) of a 16-team Gold Division, as well as an eight-team Silver Bracket. Check out our Weekly Notebook story this Wednesday for more details, or for all your Saladino Tournament updates follow their tournament website by clicking here. 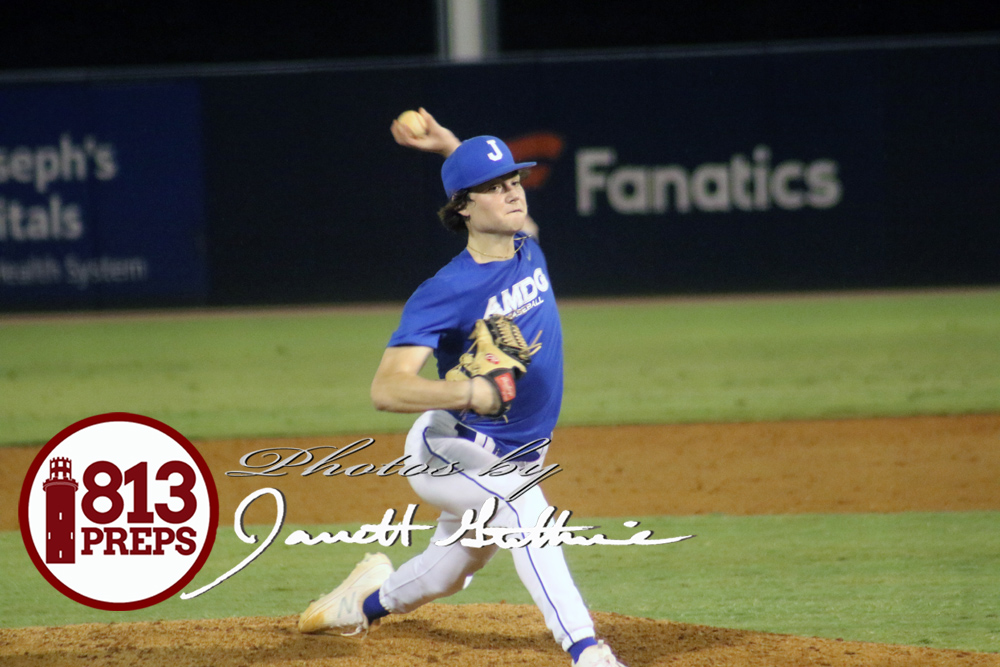 Jesuit traded 3-2 wins with Venice in a home-and-away series on Friday and Saturday. The loss, a first for the Nationally No. 1 ranked Tigers featured a double and homer from Jake Kulikowski, who also had three hits and two RBI in a win at Hillsborough (read our gamer from this one by clicking here). The victory against Venice on Saturday, was led by Cole Russo’s second homer of the season (and week) and 4 1/3 innings of shutout pitching from Jamie Arnold. [Last Week: No. 1]
This week: Tues, 3/9 vs Jefferson; Thurs, 3/11 vs Sarasota; Sat, 3/13 (Saladino-Gold) vs Jefferson 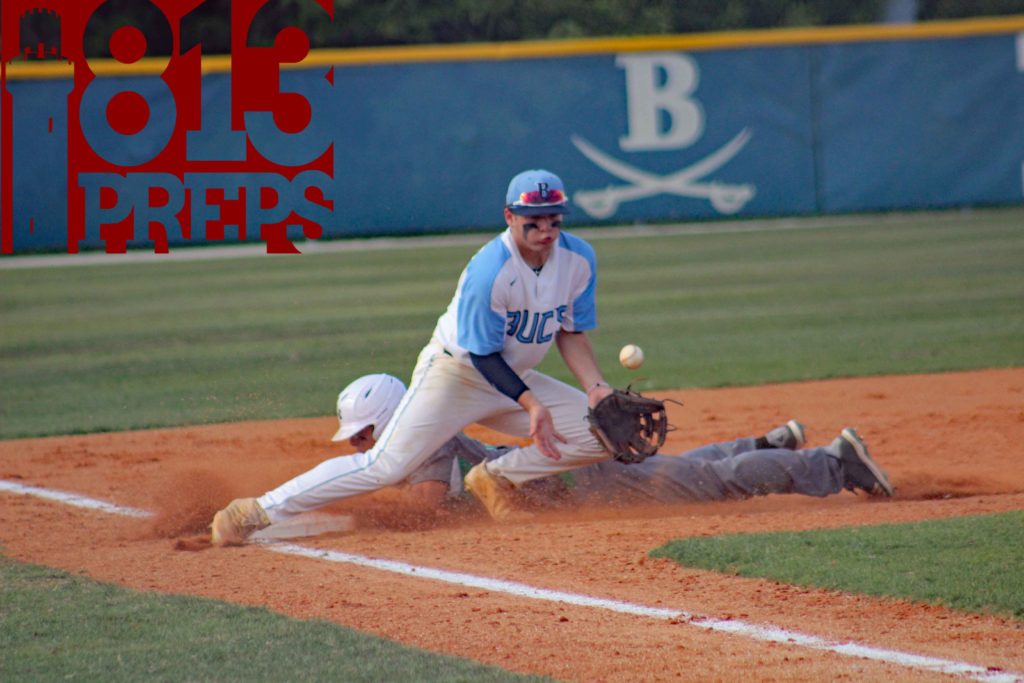 The Bucs offense brought it last week in a pair of wins over Tampa Prep (click here to read our coverage of this game) and against Clearwater Central Catholic. Senior Jonathan Bruno was 5-for-5 on the week with a double, three RBI and two runs scored. Will Parkinson and Matt Mullfinger combined on the mound for five scoreless against Tampa Prep. [LW: No. 3]
This week: Tues, 3/9 vs Tampa Catholic; Thurs, 3/11 vs River Ridge; Fri, 3/12 at Calvary Christian

The Bulls won a pair of games against East Bay and Newsome, but also suffered its first loss of the year dropping a game to Plant City on Friday. We can’t ding Bloomingdale too far here after a seven-win start to the season, but they do swap spots with Berkeley this week. Senior Wyatt Strickland is tied for the team lead with six RBI, and is hitting .286. [LW: No. 2]
This week: Tues, 3/9 vs Leto; Sat, 3/13 (Saladino-Gold) vs Alonso 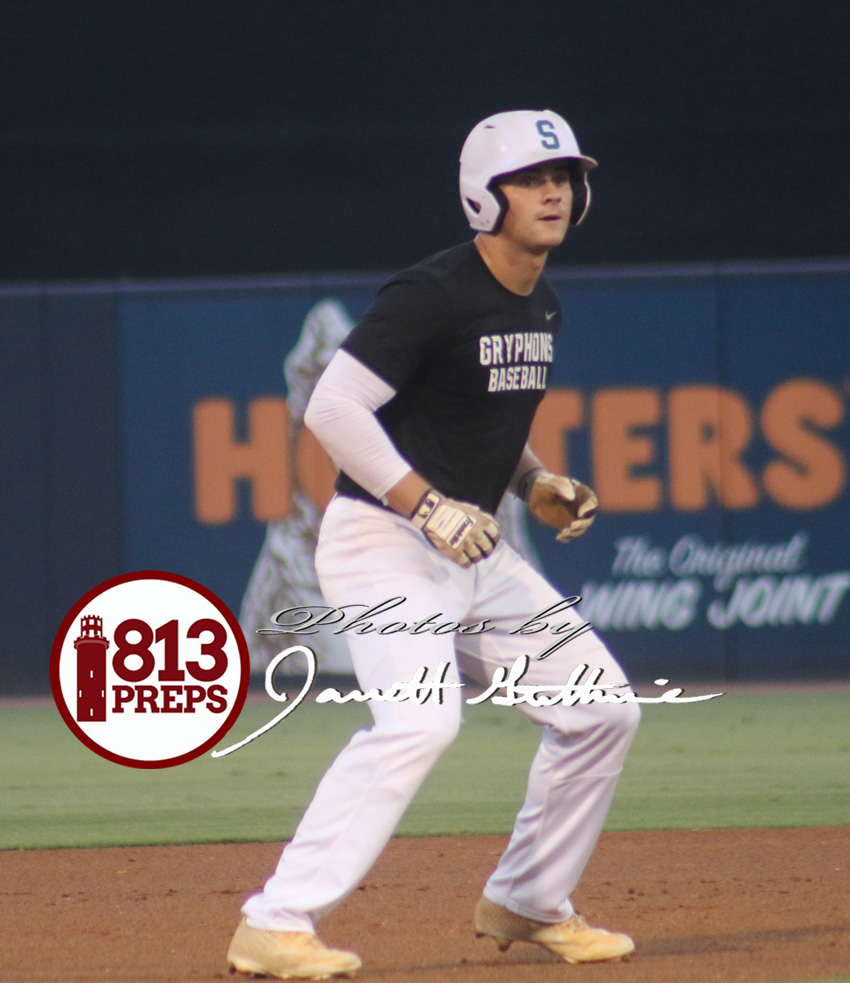 Two wins in 7A-7 for the Gryphons last week, topping Steinbrenner 7-2, as senior Adrian Gutierrez went 3-for-4, driving in three; and a win over Alonso (we were there and you can catch up by clicking here) was sparked by a red-hot Kohl Robertson who was 6-for-8 on the week and is now hitting .529, with eight runs, five RBI, a double and homer on the season. Saturday’s game against Durant was a washout. [LW: No. 5]

The Cougars won a pair of games last week taking down Middleton, 4-1 and traveling to Riverview for a tough, 2-1 win behind a complete-game effort from Sean Hermann (click here to read our coverage). Senior righty Ronnie Galletti earned the win over Middleton with seven strikeouts, upping his season numbers to 15 K’s across 9 2/3 innings pitched and has yet to give up an earned run. [LW: No. 8]
This week: Tues, 3/9 at Newsome; Wed, 3/10 at Leto; Sat, 3/13 (Saladino-Gold) vs Steinbrenner

The Chargers dominated last week in a trio of games, outscoring opponents 34-1. Sophomore Arjun Nimmala drove in eight of those runs and is leading the county (tied for 11th in the state according to MaxPreps) with 13 RBI, while Colby Fanning’s 13 hits (.542 avg) are tied for fifth most in the state. [LW: No. 9]
This week: Tues, 3/9 vs Tampa Bay Tech; Wed, 3/10 at Newsome; Sat, 3/13 (Saladino-Gold) vs Newsome 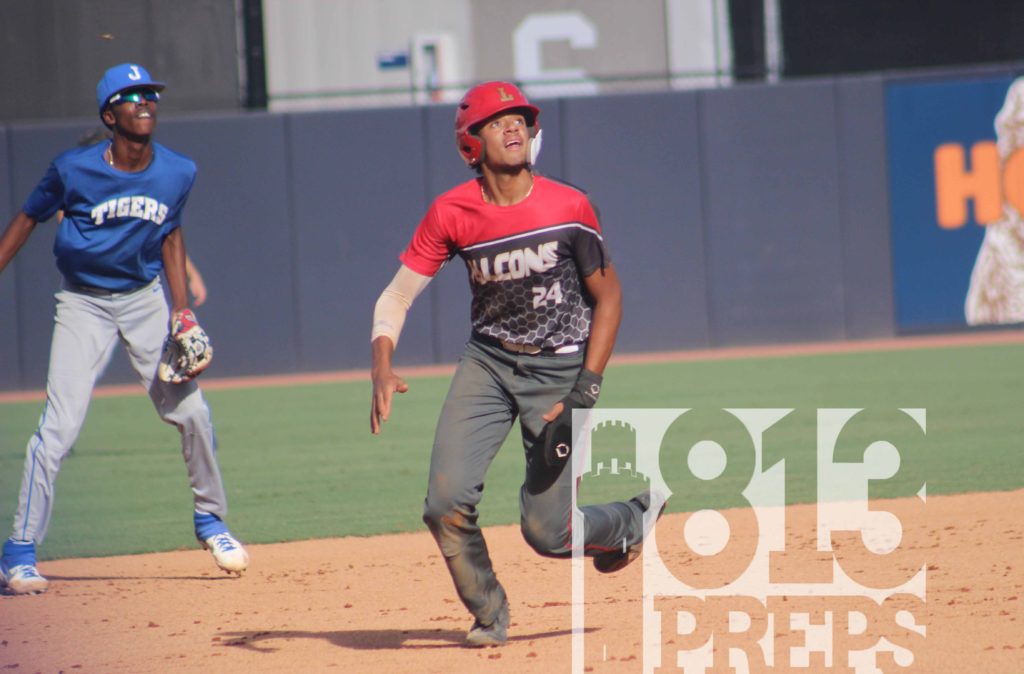 Leto won a pair of games last week in district, rallying from an early deficit against Plant City behind a great relief outing from senior pitcher Andres Chirinos (read about it by clicking here) and some big hits from Damian Breton and Brayan Cruz; and a victory on the road against Tampa Bay Tech. Hendryc Perez struck out eight in a complete-game win against the Titans. [LW: No. 11]
This week: Tues, 3/9 at Bloomingdale; Wed, 3/10 vs Durant; Sat, 3/13 (Saladino-Gold at Strawberry Crest) vs Wharton

The Wildcats split in district games last week, taking care of Alonso 5-3 as junior Elijah Dukes drove in a pair, Dylan McDonald doubled and scored twice, and Ryan Fry struck out 15 of 17 outs he picked up in the win. On Thursday, Wharton dropped a tough one to Plant as the Wildcats struggled to get the timely hit, leaving six in scoring position in a 6-5 loss. [LW: No.6]
This week: Tues, 3/9 at East Bay; Thurs, 3/11 at Hillsborough; Sat, 3/13 (Saladino-Gold at Strawberry Crest) vs Leto

The Terriers took some lumps against Jesuit in a 10-1 district loss on Tuesday, but got things back together with a breakfast win on Saturday against Middleton, 6-0. Senior Brady Burgess hit his first homer of his high school career, and had three RBI in the win over the Tigers, while Branson Angel struck out eight in six shutout innings. [LW: No. 7]
This week: Wed, 3/9 vs Robinson; Thurs, 3/11 vs Wharton; Sat, 3/13 (Saladino-Silver at Bloomingdale) vs Robinson

We can’t think of too many times in our ranking’s history where a team loses two of its games in a given week, and maintains its position – or even stays in the top 10 – but here we are. The Raiders edge out Alonso (which also lost a pair last week) to stay in 10th. The first two games of the week were rough as the Raiders allowed double-digit run totals to Leto and Crest in district, but Plant City has found a breakout star in sophomore righty Adan Longoria, who held previously unbeaten Bloomingdale to one run on two hits, while striking out nine. Longoria is 2-0 on the year, tossing 12 2/3 innings and striking out 20 in his first two varsity starts. [LW: No. 10]
This week: Tues, 3/9 at Armwood; Sat, 3/13 (Saladino-Gold) vs Gaither