Editor’s Note: Our Weekly Rankings are selected by editor Jarrett Guthrie, with input from members of the 813Preps staff. **Coaches please make sure you, at the very least, input your final scores on MaxPreps in a timely fashion. 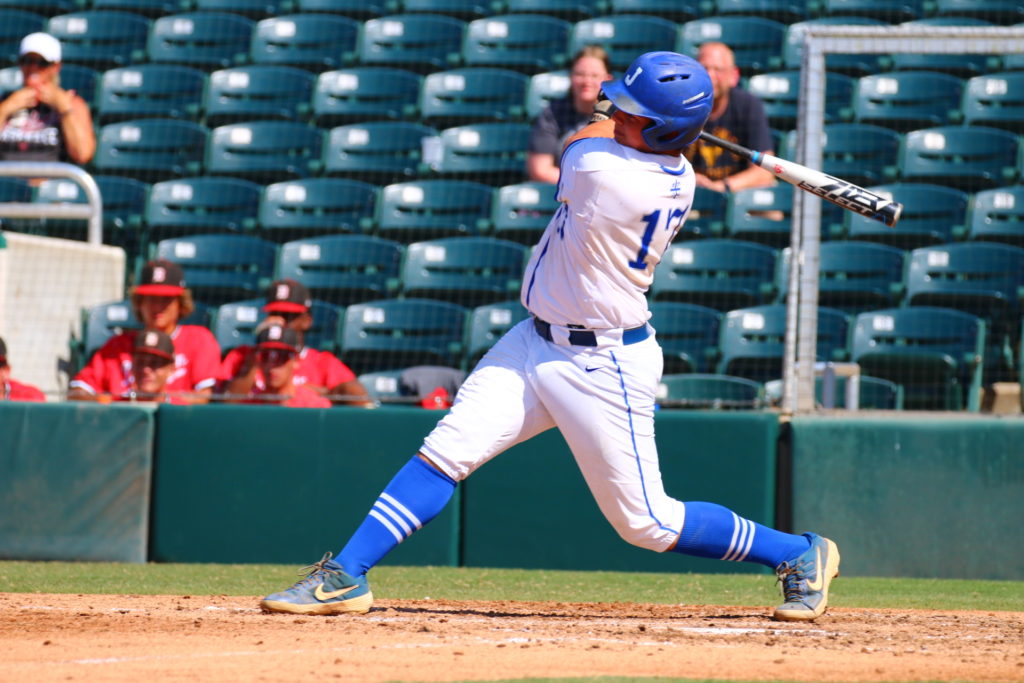 The Tigers took care of business with district wins over Jefferson and Blake this week, then capped it off by dismantling last year’s Class 4A runner-up Ft. Lauderdale Calvary Christian, 12-1. Henry Politz was 3-for-3 with a walk-off home run against CCA, while also having a pair of RBI against Jefferson, and junior Nick Rodriguez is riding a seven-game hit streak, with nine runs scored and seven RBI on the year. Jesuit stays in-district against Hillsborough and Countryside this week, before kicking off the Saladino Tournament on Saturday with another game against Jefferson. 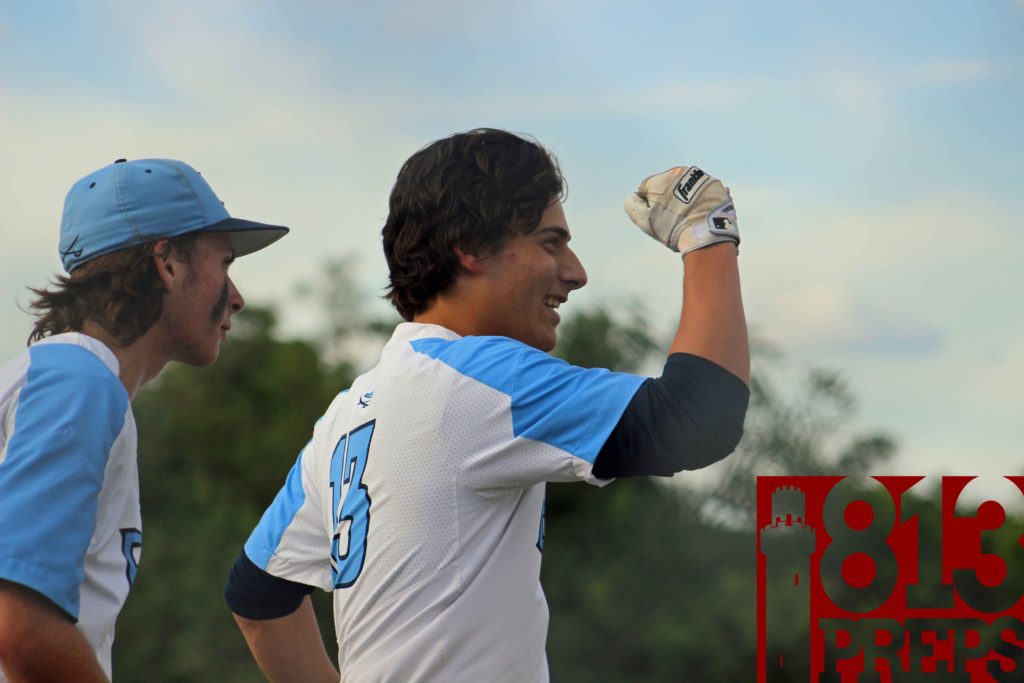 Three district wins for the red-hot Buccaneers last week topping Carrollwood Day, a huge win over Calvary Christian (click here to read all about it), and finished things off with a Friday win over Tampa Catholic. Senior Roman Samson had a pretty nice week, going 5-for-10 with seven RBI and a home run, while freshman Cade Kurland has at least one base knock in all eight games, with two doubles and two triples. Berkeley goes on the road to Tampa Prep and Brooks DeBartolo, before hosting Norfolk (Va.) on Friday in a three-game week.

Wharton got nipped in extra-innings by Riverview in its third game of the week on Saturday, but the loss doesn’t send the Wildcats tumbling too far, after big district wins over Sickles (click here for our gamer) and Plant preceded the loss. Steven Hotinski went 6-for-11, with seven RBI and five runs scored this week, and Grady Maguire led the 15-0 win over Plant going 4-for-4 with four runs scored and four RBI. 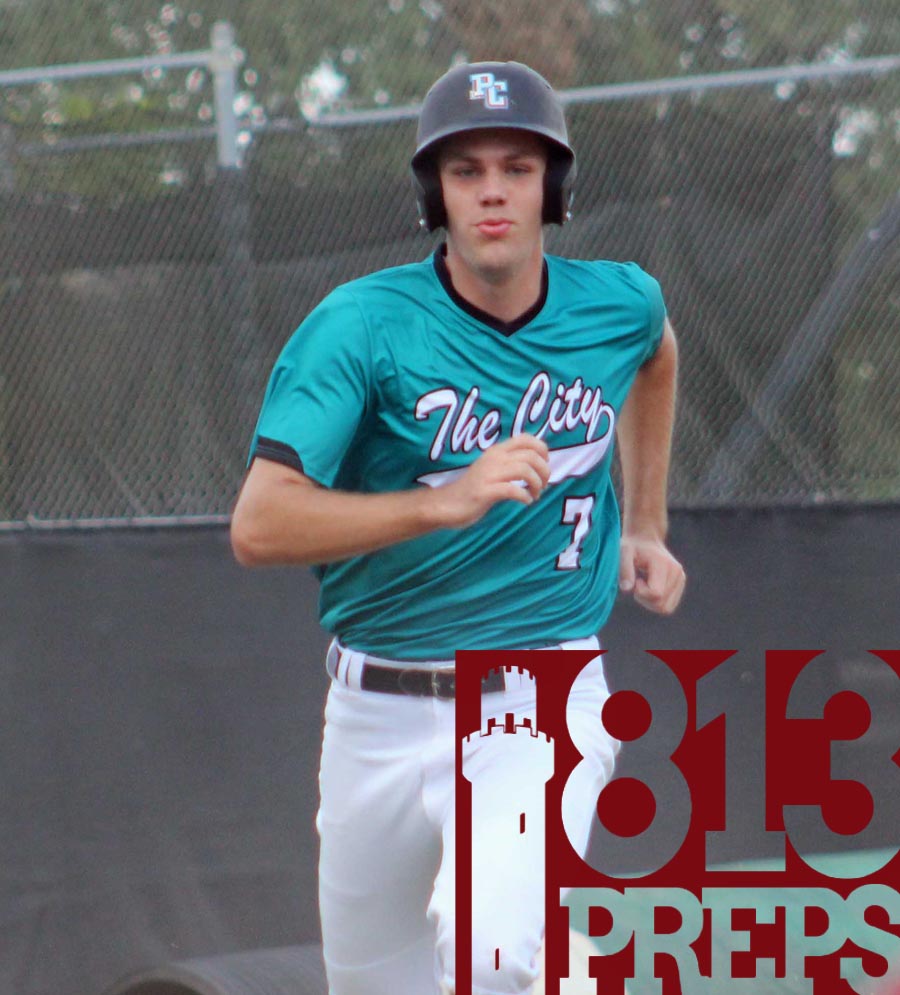 The Raiders tick up a few spots this week, as Jarod Wingo again shoved from the mound in a win against Leto, where the senior struck out nine (click here to read our coverage of this one), and PC notched a district win over TBT, where Cole Cothren went 3-for-3, with a double three RBI and two runs scored. The Raiders are the No. 1 seed in the Saladino Tournament and will have to contend with a tough Gaither squad, but before that have a big tangle with Bloomingdale on Monday and a rivalry game against the Durant Cougars on tap this week. 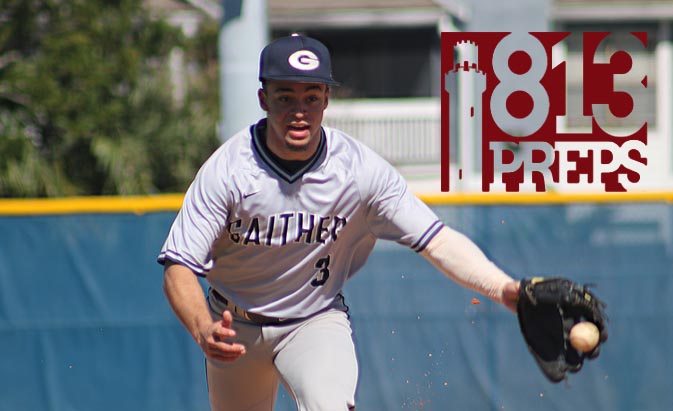 A three-win week for the Cowboys propels Gaither into the Top 10 this week, after dispatching Wiregrass Ranch twice around a win over King in the middle. Gaither senior Ruben Espinal was 5-for-7 during the run, with seven RBI and six runs scored (click to read about Gaither’s second win over the Bulls on Friday). A home-and-away with district opponent Sunlake is set for this week, before the No. 16-seed Cowboys will open Saladino play at King against Plant City on Saturday.

The Wolves climb back into the Top 10 with a five-inning no-hit performance from Zach DeVito at Lennard, and a Saturday win over Robinson, led by Kelsen Johnson who had a double, home run and four RBI in the win. At home against Plant on Tuesday, then on the road against Brandon on Thursday, the Wolves will finish the week with a Saladino opener against Strawberry Crest on Saturday.

Speaking of Crest, the Chargers picked up a pair of good wins this week over district opponent Armwood 2-0 and a walk-off win against Sickles (click here for more from this one). The shutout win over the Hawks was highlighted by junior pitchers Bryan Boully (W, five innings, one hit, seven K’s) and Colby Fanning (S, two innings, one hit, two K’s). Strawberry Crest has a district game against TBT this week, before taking on Newsome to start the Saladino with the game playing at King High. 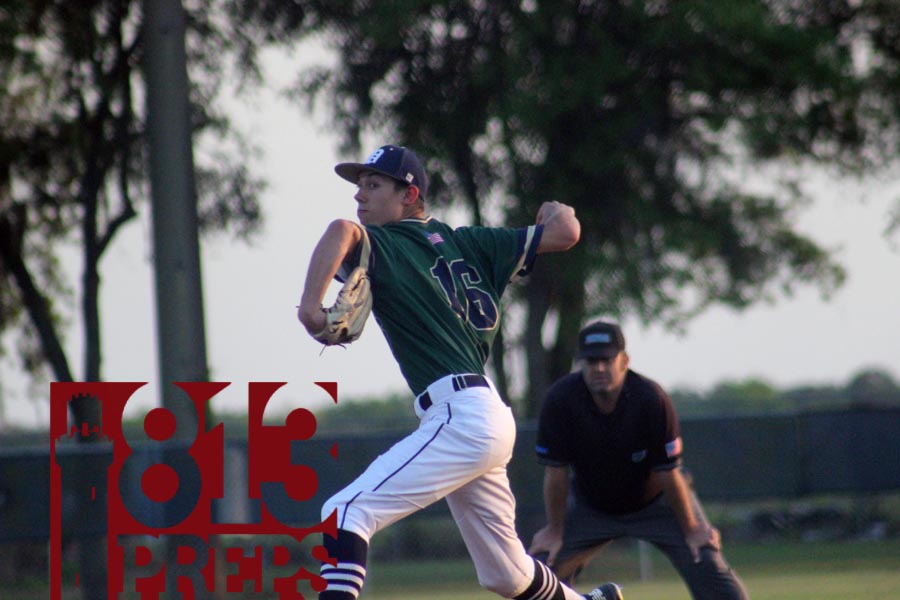 Cougars pitchers Sean Hermann and (our Week 2 staff selection for POTW) Alex Canney are playing a game of “top that” on the mound, as the duo keyed a pair of shutout wins last week. Hermann held Riverview to two hits (click here to read about it), while Canney went six-strong against Bloomingdale, striking out five. A neighborhood rivalry game at Plant City will take place Tuesday, and the Cougars will start Saladino play under the oaks of Brandon on Saturday, taking on Steinbrenner.

Bloomingdale hit four dingers to take down Lennard early in the week, but couldn’t mark the scoreboard against Durant. Bloomingdale sophomore’s Drake Harman and Colby Shelton are both hitting above .400 on the year so far. The Bulls travel to Plant City tonight and host Plant on Wednesday, before starting the Saladino with a game against Alonso on Saturday.

A big jump into the rankings this week for Seffner Christian as the Crusaders have won six-straight, including defeating Tampa Prep (we were there and you can read about it by clicking here) and Cambridge Christian last week. Junior Benny Cheek struck out a dozen against the Terrapins, while Joey Jensen led the win against the Lancers with four innings on the mound and two RBI at the plate. The Crusaders host two Bradenton teams this week – Inspiration Academy and St. Stephen’s.