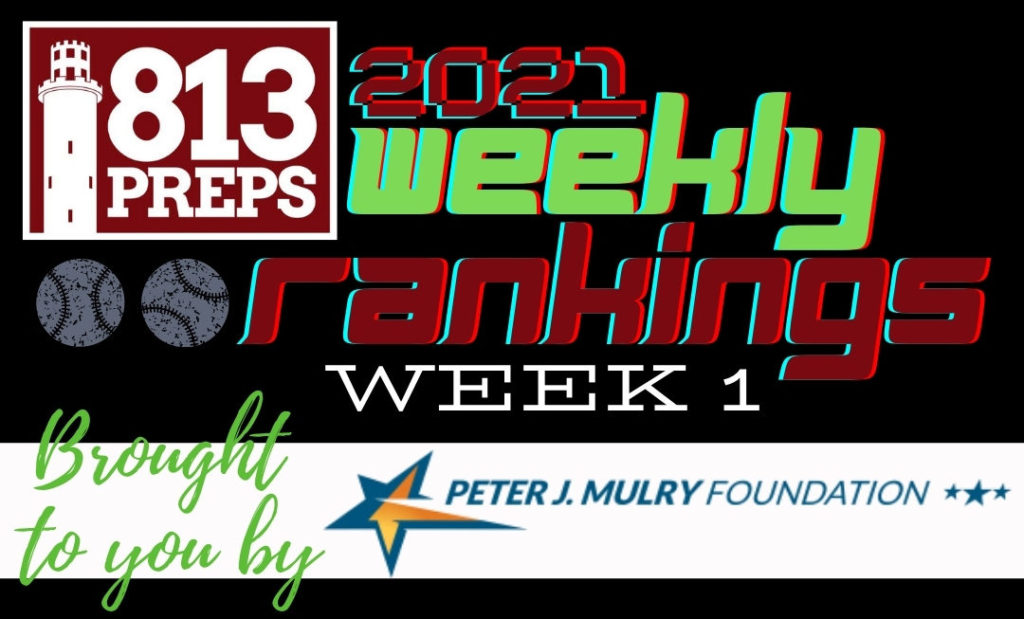 Editor’s Note: Our weekly rankings this season have been generously sponsored by an anonymous donor, who has asked 813Preps to pick some local charities and non-profits to highlight throughout the season. This week, our Week 1 Rankings are brought to you by the Peter J. Mulry Foundation. The Mulry Foundation, founded by former Tampa Catholic multi-time state champion baseball coach Pete Mulry, whose organization focuses on providing life skills and counseling services for young persons throughout Tampa. Annually the Mulry Foundation hosts its “Life Skills through Sports” clinic, free of charge to area youth baseball and softball players. To learn more about the Peter J. Mulry Foundation and how you can help their efforts click here. 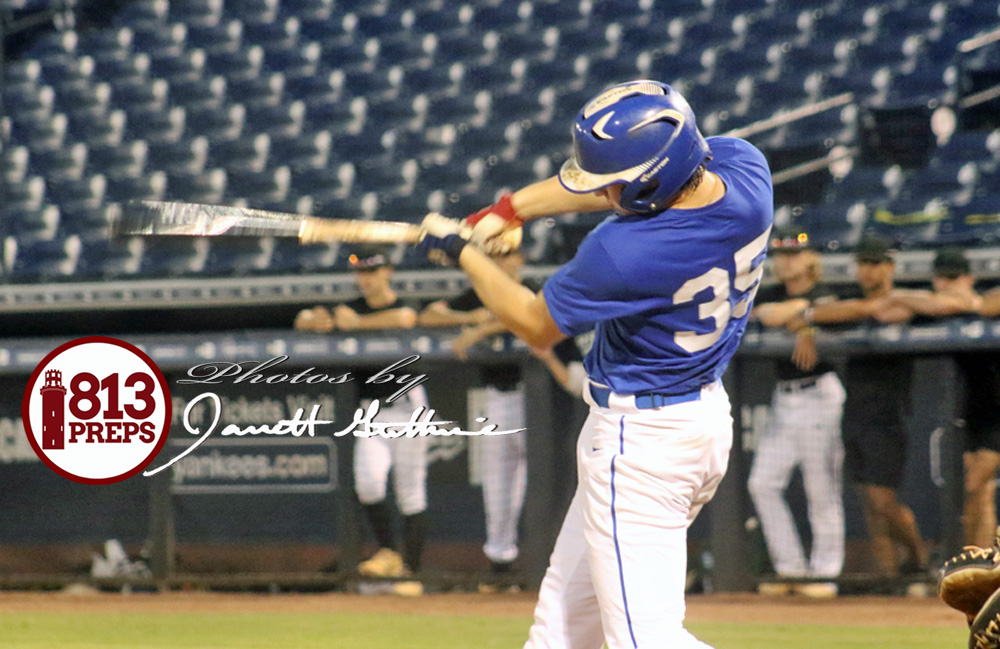 Senior Bradke Lohry’s five-hit, five-run week sparked the Tigers offense to a pair of wins against Largo and Osceola, while sophomore Jake Kulikowski and junior Wade Woodaz hit Jesuit’s first home runs of the season. Jesuit renews its Himes-Rome rivalry at Tampa Catholic next Friday in the team’s lone game of the week. [Preseason ranking: No. 1]
This week: Fri, 2/26 at Tampa Catholic 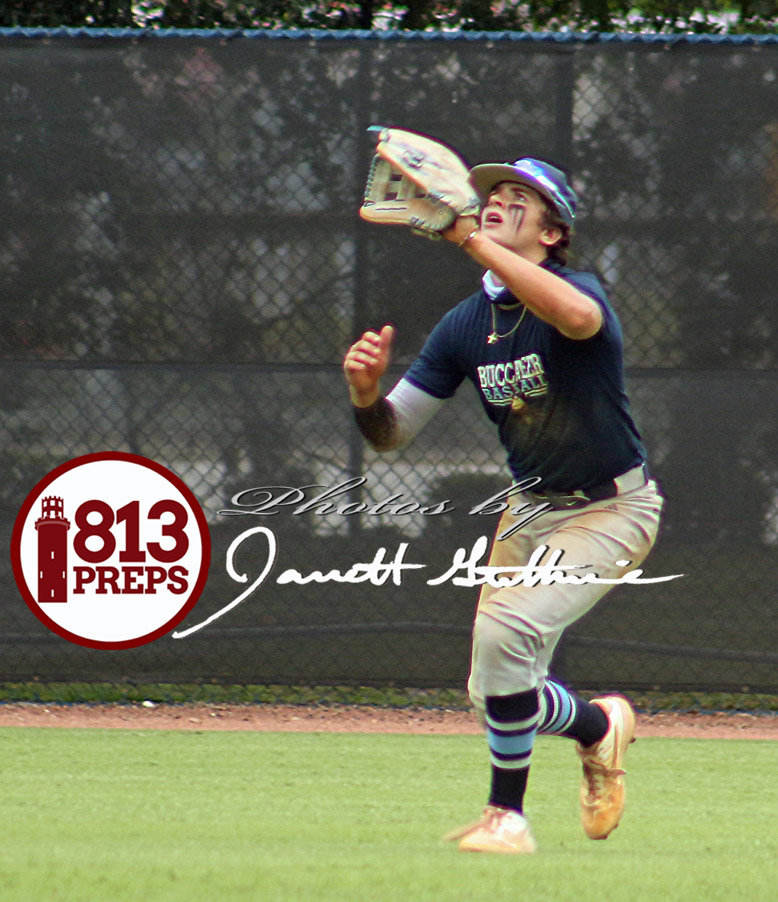 Building on last year’s 11-0 start, the Buccaneers picked up its first two dubs of the 2021 season in two tough competitions. We brought you coverage of the Bucs 2-0 win over Bishop McLaughlin (click here); on Thursday, Berkeley Prep held off a last inning rally to take the victory against McKeel Academy, 5-4. Senior Andrew DiMisa had a pair of hits and had saves on the mound in both wins. [Last Week: No. 2]
This week: Tue, 2/23 at Lakewood Ranch; Thurs, 2/25 vs Brooks DeBartolo; Sat, 2/27 vs Lakeland

The Wildcats hung on in a wild one at Newsome in Game 1 (click here to read our coverage), and took care of business in a 15-0 win against Armwood. Junior Billy Eich got the season’s scoring started with a solo home run to left in Fishhawk, and also had a pair of doubles and scored four times in the first two games. [LW: No. 3]
This week: Tues, 2/23 at Sickles; Thurs, 2/25 at Steinbrenner; Sat, 2/27 vs Wharton 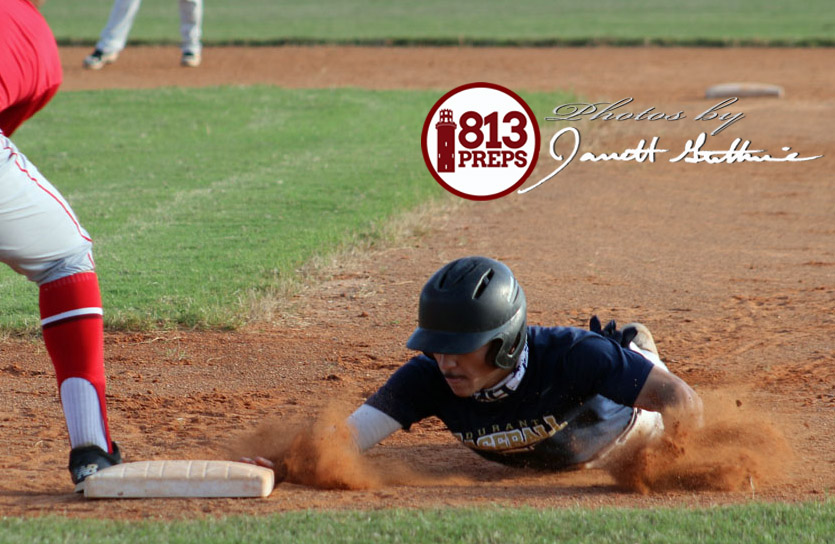 Senior Sean Hermann’s complete-game, 13-strikeout performance the Cougars claimed a 11-0 win over Freedom. Junior Oscar Fernandez went 2-for-3, driving in a pair, and senior Luke Scolaro had a pair of hits, including a triple and two RBI for Durant in its lone game last week. [LW: No. 5]
This week: Mon, 2/22 vs Lennard; Wed, 2/24 vs Plant City; Sat, 2/27 at Wharto

The only county team to win three games in Week 1, Bloomingdale bookended close home wins over Sickles (click here for our game coverage) and Plant, and traveled to Newsome for a decisive, 17-4 victory. The win against the Panthers on Friday had a little extra importance as it marked the 200th win in the Bulls coaching career for Kris Wilken (for more on this click here). [LW: No. T-6]
This week: Mon, 2/22 vs Robinson; Fri, 2/26 vs Strawberry Crest

Senior RHP Austin Grause struck out eight in a complete-game opening night win against Plant, before a four-hit, two double, two RBI night at the plate for senior CJ Hanson sparked a 6-1 victory at Alonso (read our write-up from this game by clicking here). The Cowboys have an open week on the schedule this week. [LW: No. 8]
This week: open 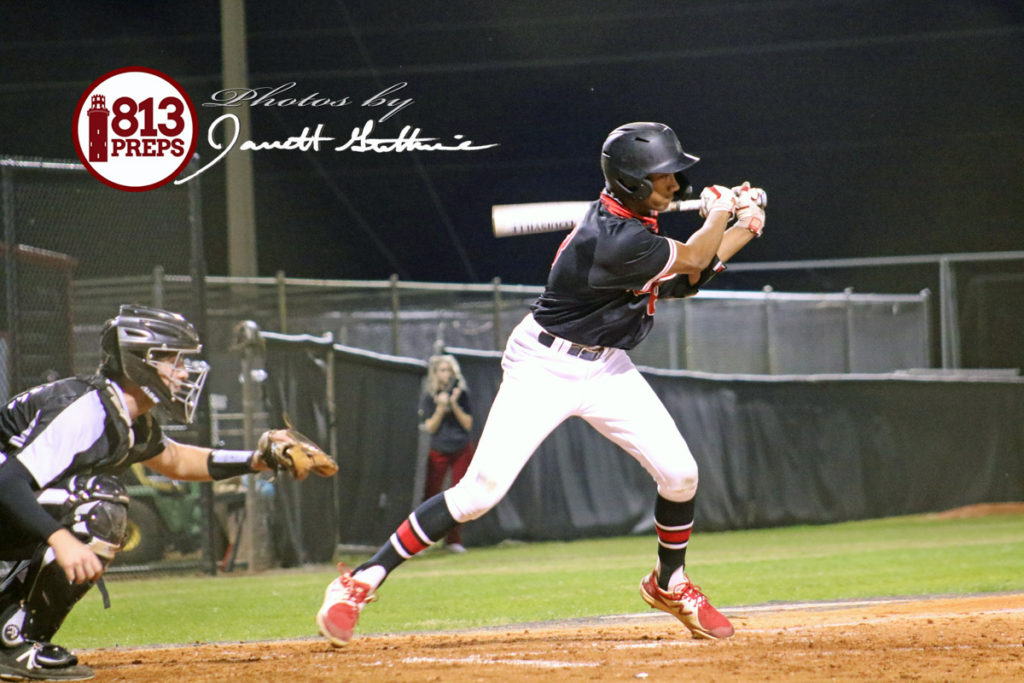 Strawberry Crest’s Arjun Nimmala slaps a ground ball to the right for an RBI.

The Chargers pulled out an extra-inning win against Lennard to open the season, when senior Colby Fanning tripled and was driven in on an Arjun Nimmala game-winning double to support Luke Richardson’s four innings of hit-less relief. To learn a bit more about Strawberry Crest’s win over Robinson, click here for our recap. [LW: No. 9]
This week: Tues, 2/23 at Leto; Fri, 2/26 at Bloomingdale.

The Gryphons dropped a tough on opening night at Bloomingdale, and the lost its second game of the week when contact-tracing forced Jefferson to pause its season for 10 days. Sickles got a good relief outing from senior Bobby Christy, who tossed 2 2/3 scoreless with a pair of strikeouts. Two games in 7A-District 7 play this week against Wharton and at PHU. [LW: No. T-6]
This week: Tues, 2/23 vs Wharton; Thurs, 2/25 at Palm Harbor 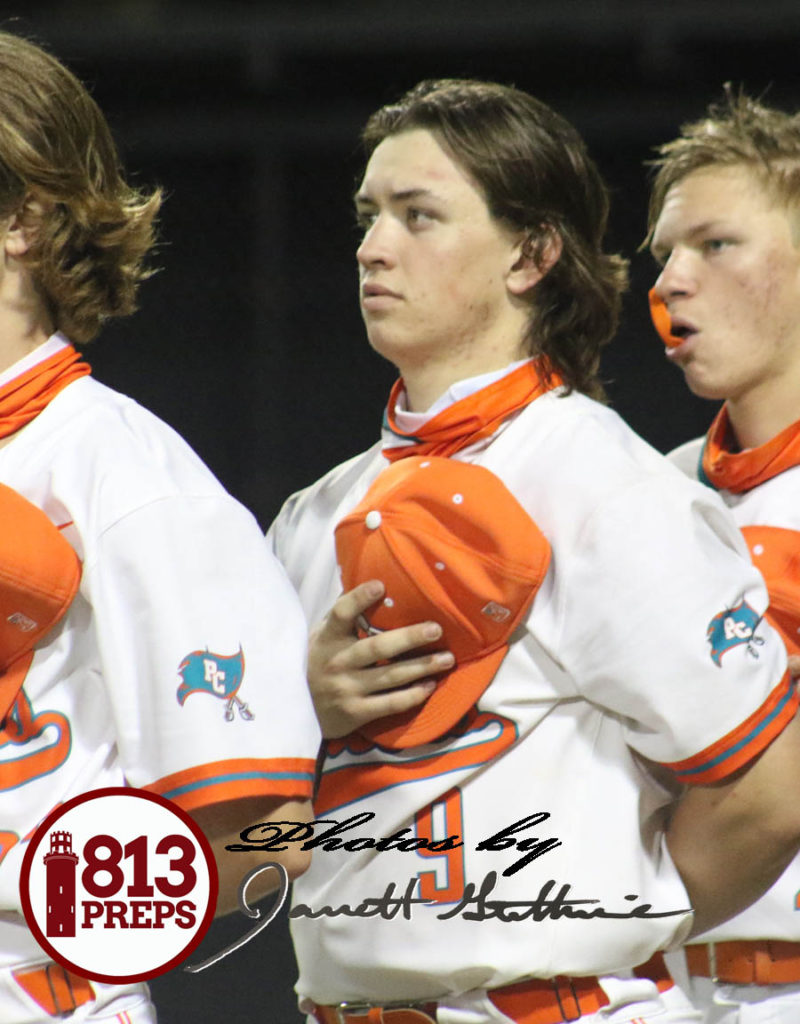 The Raiders put up a five-run inning late for a rally win over Riverview in its first game with a home run from Colin Shultz, and three hitters with doubles. In Friday’s shutout win against Lennard, sophomore Adan Longoria pitched a complete-game gem (click here to learn more). [LW: No. 14]
This week: Wed, 2/24 at Durant; Fri, 2/26 at Steinbrenner; Sat, 2/27 at Brandon

Leto topped Middleton, 7-4 on Tuesday, before finishing off Steinbrenner in exciting fashion with a walk-off, 7-6 win at home (for the write-up on this one click-click). The Falcons start the week with a pair of district games against Crest and at Armwood, before finishing next week at Spoto. [LW: No. 15]
This week: Tues, 2/23 vs Strawberry Crest; Thurs, 2/25 at Armwood; Sat, 2/27 at Spoto